Here is a collection of #WaveWatching pics from my Insta @fascinocean_kiel! Enjoy! 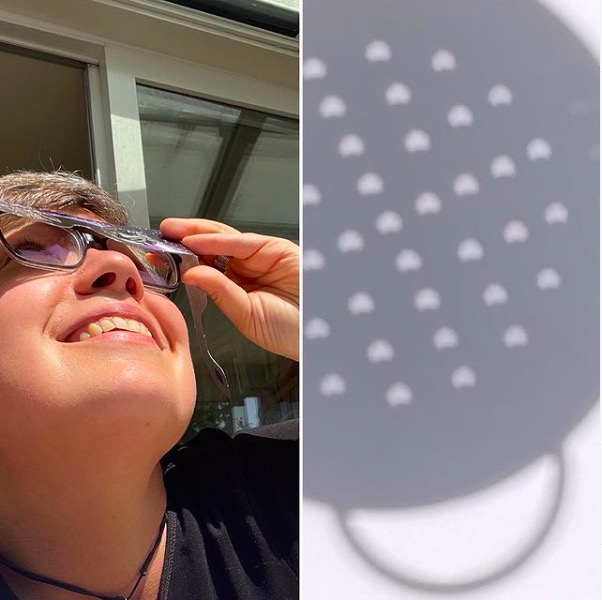 The effort that went into today’s solar eclipse is nothing compared to the one in 2015, when we made it the topic of a workshop on how to use PBL in teaching (where the second session was happening exactly at the time of the solar eclipse, so we made it the topic of our case, which resulted in lots of different creative ways to actually watch it).
Today, we “just” relied on the protective glasses we had from last time, and — super cool idea that I first saw somewhere on Twitter — a colander, which gave us many mini suns, each with their own eclipses. #KitchenAstronomy!
Sadly, the pictures didn’t turn out so well — the edge is not sharp at all. But on a #WaveWatching blog, that’s actually not a bad thing: It just shows that light behaves like a wave and that even though it arrives in parallel rays at the colander, it spreads after going through the holes, thus blurring the edges. Diffraction is pretty awesome! And #WaveWatching is still the best way to learn about optics ;-) 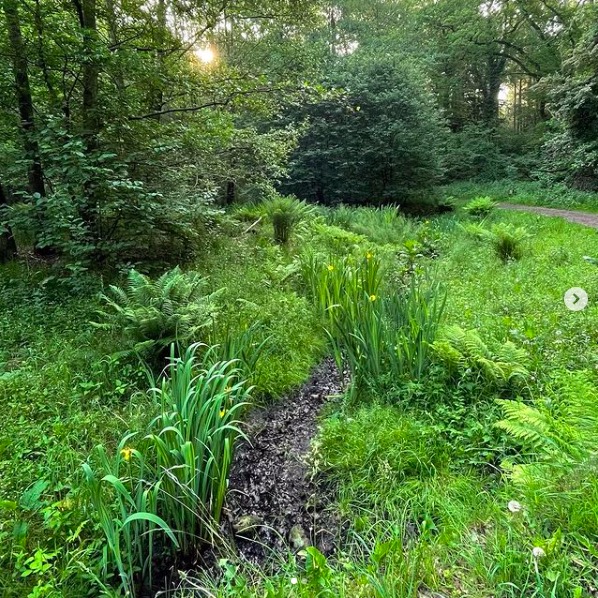 Even though the water is missing, it looks still pretty here with the lilies & what not. I couldn’t bring myself to bring myself to post that sad missing waterfall (pic 2) in the position where it would forever be visible on my grid… It’s normal that rivers and streams carry more water in some seasons than in others, of course, but that sight definitely makes me look forward to the next good rain! 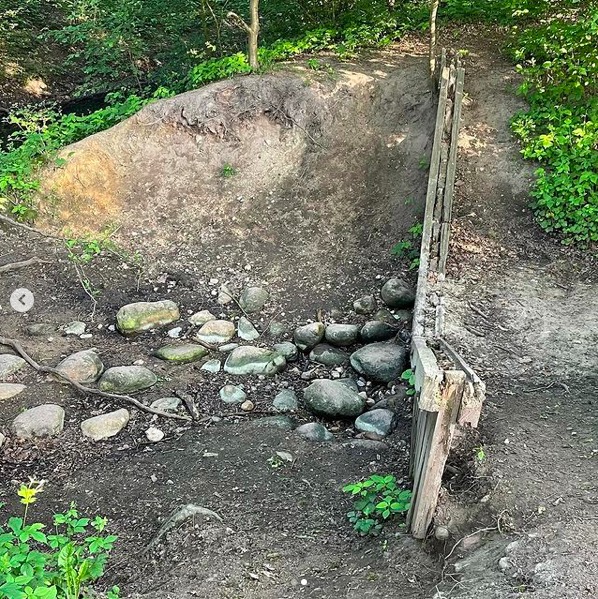 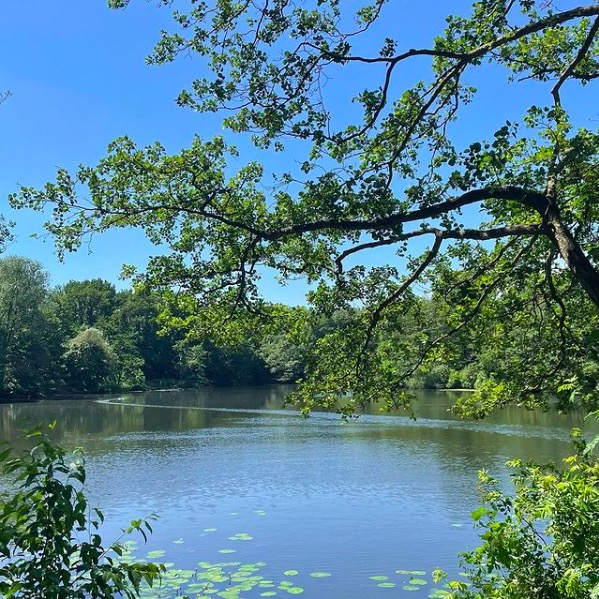 Do you think this wake looks weird? Well, I do! It’s not an actual wake because those ducks didn’t swim through the water, it’s just a trace on the surface where they were doing this half-flying-half-running thing. The disturbance will spread to the sides over time, but the ducks were so fast that it’s still super fresh and has not had a lot of time to spread yet. @m_paul_coastal what would you call something like that? 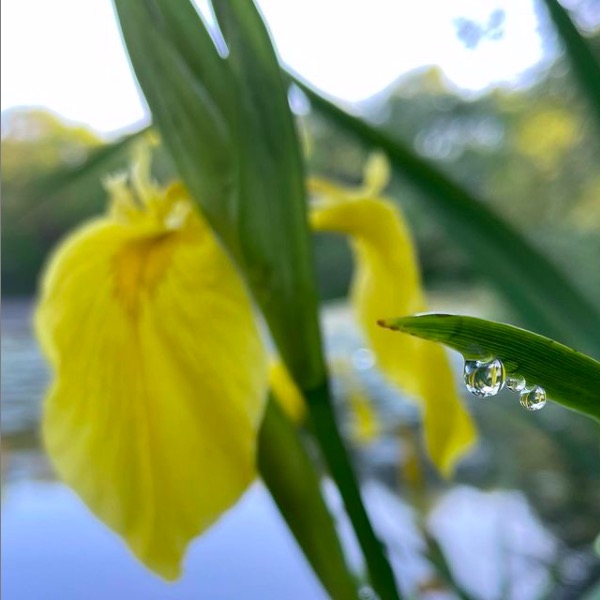 Sometimes you can’t see the lake for the drops 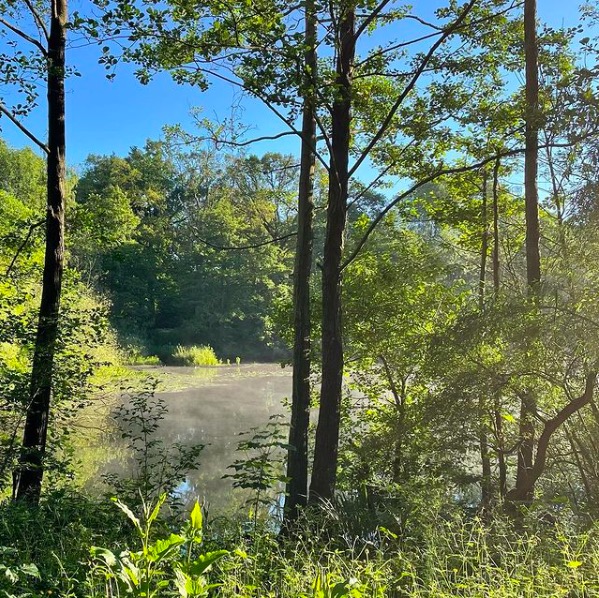 Fairies dancing on the lake: on this relatively cold morning, the air was colder than the water of the lake. As water evaporates from the lake, it condensates into tiny droplets which warms the air. The air then rises and is replaced by colder air, which again takes up moisture. This raising of fog and sinking of fogless air creates the illusion of the dancing fairies. 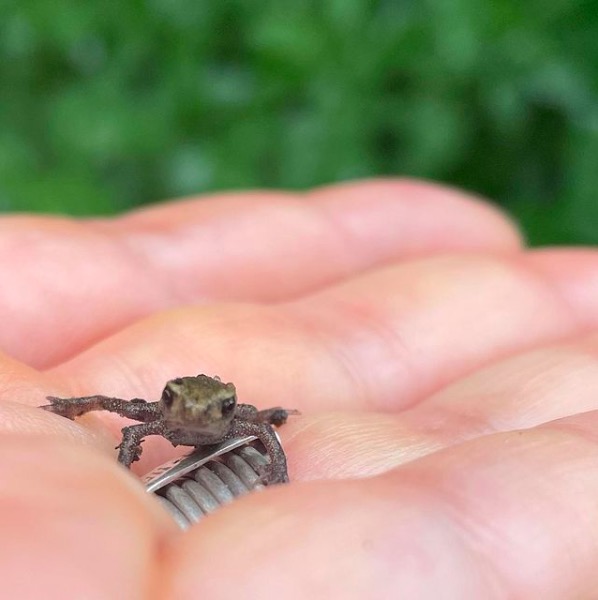 Found someone even cuter than baby geese! 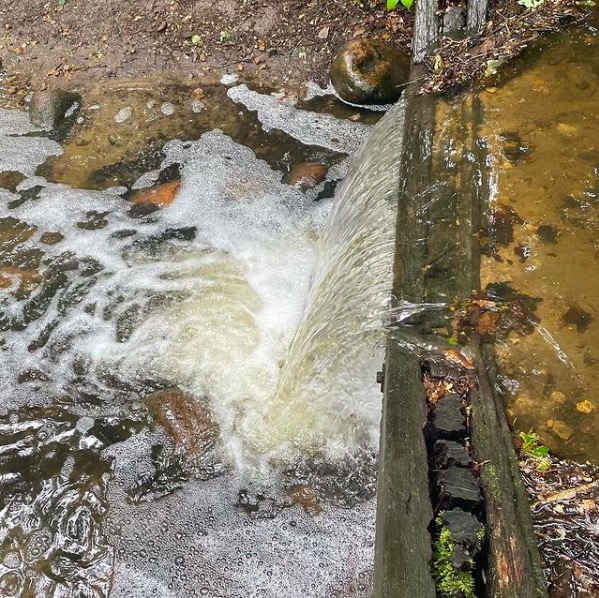 The water is back @m_paul_coastal :)
I love waterfalls! 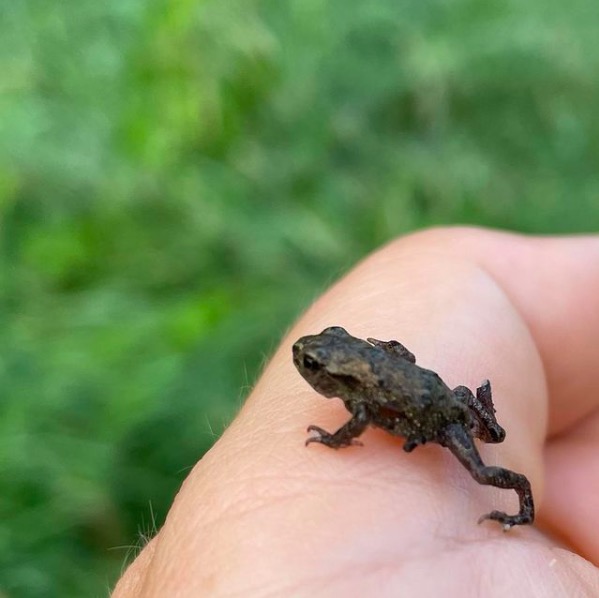 More baby frogs, and they are everywhere! Unfortunately it means that I can’t really run by the lake, but have to walk really carefully. Also obviously I have to pick some up because they are just sooo cute 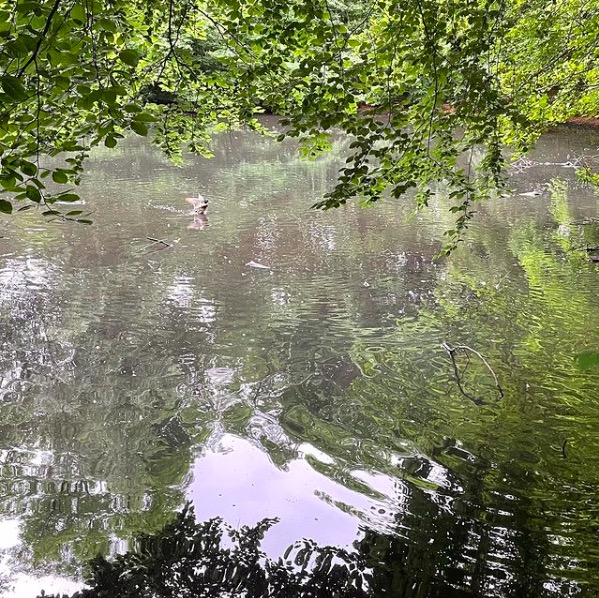 There is a duck flying in from the left (and currently in the process of landing and making waves) but the waves in the front right are not actually from ducks or other large animals, there are animals under water (not just diving, but probably fish or someone else who lives under water) making them! I would have gone closer except … short trousers and stinging nettles. So for now let’s just enjoy the waves ;) 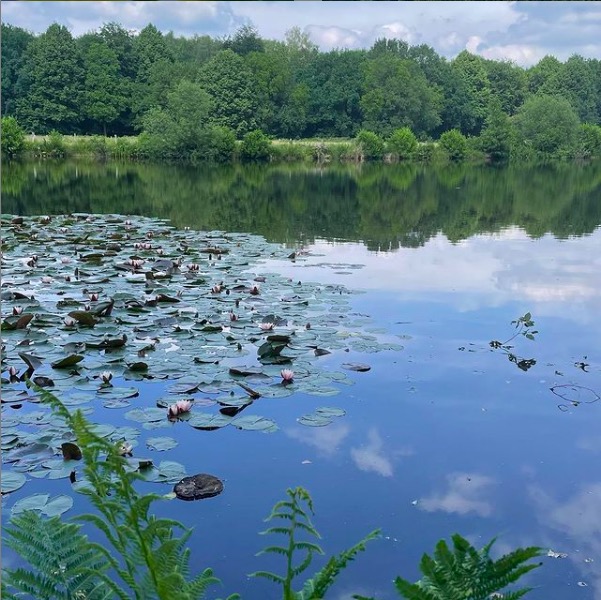 Hard to spot, but there were tons of small fish in the water lily, jumping like crazy, making waves and occasionally beaching on the leaves and wriggling back into the water 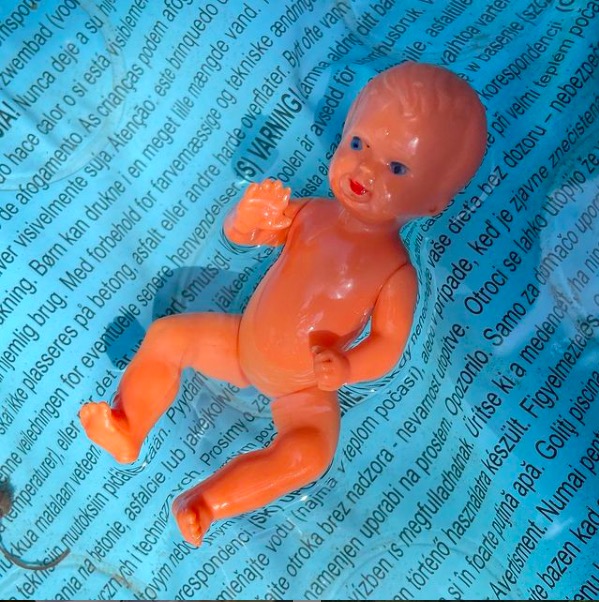 The best thing about inflatable pools? Obviously the wave watching! Even here, where there aren’t any waves.
The bottom of the pool isn’t quite flat, so the lines of the warning notice are warped. But if you look at the writing just visible along the floating doll’s left arm, you see that the font size appears to be a lot smaller there: an effect of the surface being deformed by surface tension, thus creating a lens & shrinking the text. 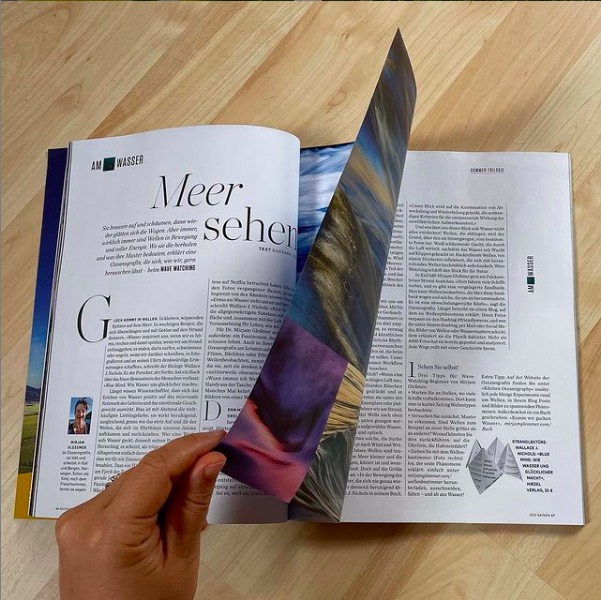 How cool is that? I’m featured in #GEOSaison! Check it out if you want to read about the awesomeness of #wavewatching :)
Now hoping for a sudden #wavewatching surge. After all, what better hobby could anyone possibly imagine? 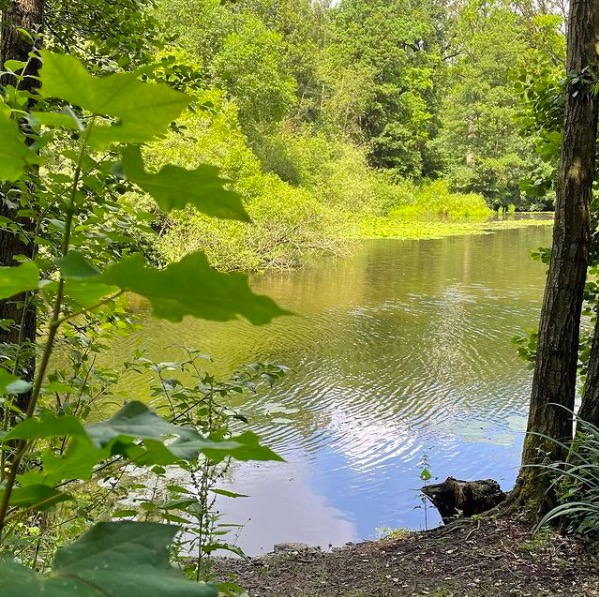 Wind on the lake to the left of this picture making waves, then a small throughflow letting the waves propagate onto this lake, spreading as half circles where the lake opens up again. Pretty!

Playing with @flowonthegoltd. Did you spot the second recirculation eddy in the original movie or only when the purple trajectories were added? 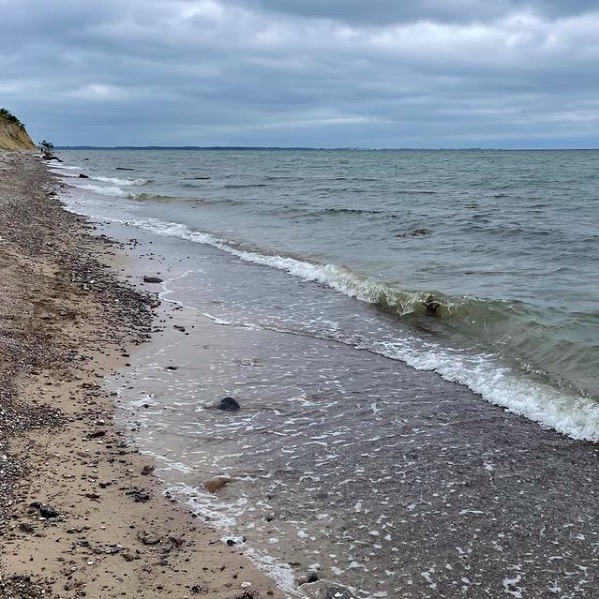 Love how there are so many wave crests breaking all along the beach! The waves arrive at the beach at a slight angle, but are bent so that the crests arrive at an even narrower angle so that you hear them breaking as they run along the the beach, one after the other. When one is almost done breaking and has moved past, the next one is already there and has started braking, too. So calming! 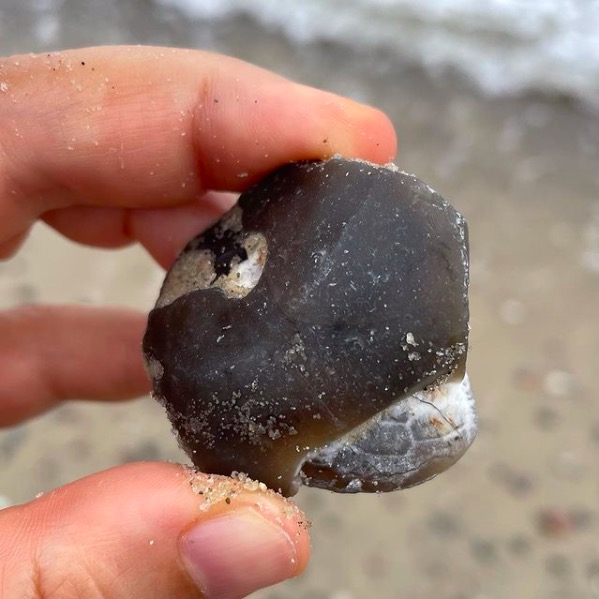 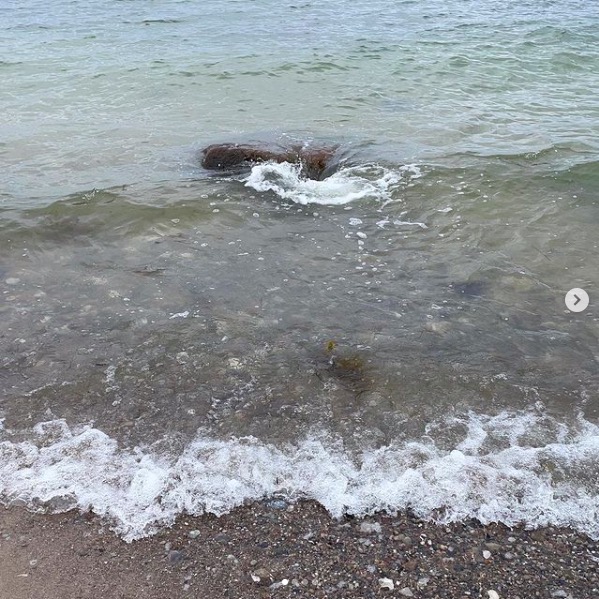 Check out this sequence: a wave crest passes an obstacle. At first, there is a hole on the lee side, then water rushes in to fill the hole and we have a nice splash! 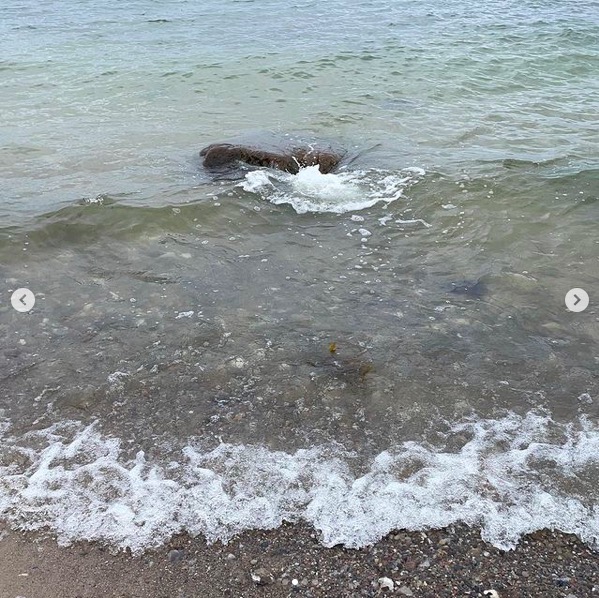 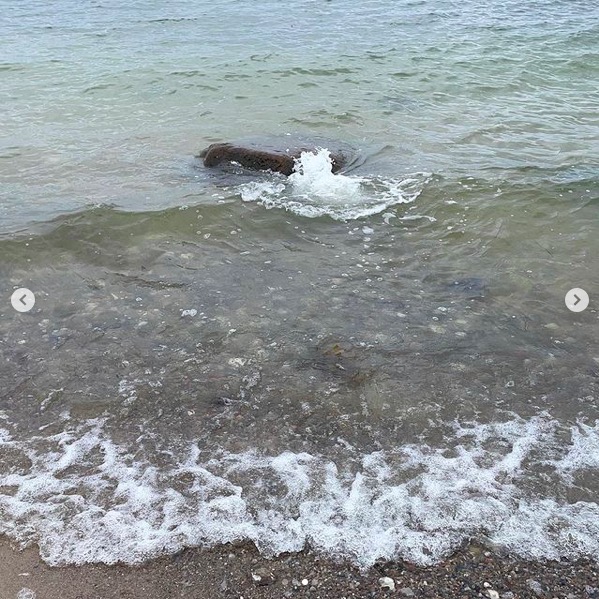 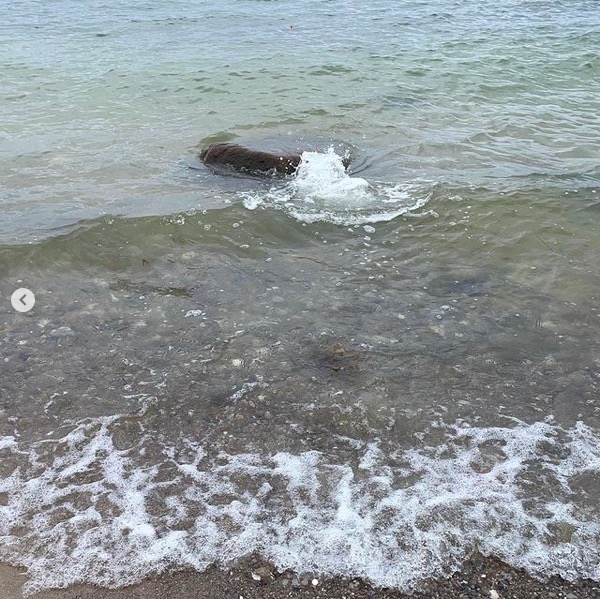 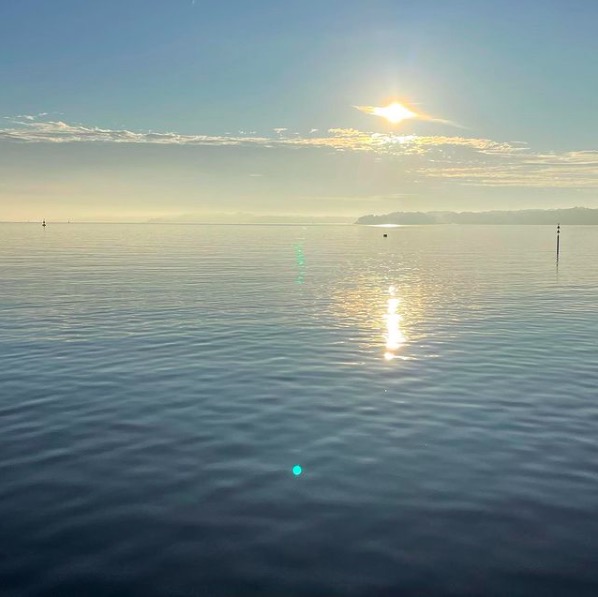 Running through the forest towards the water, all I could see was the sunny brightness of the sky and its reflection in the water, seemingly undirectional light in a light fog. So glad to discover that the water still has structure and that the sun only adds to it by making shadows which show up the structures even mire clearly 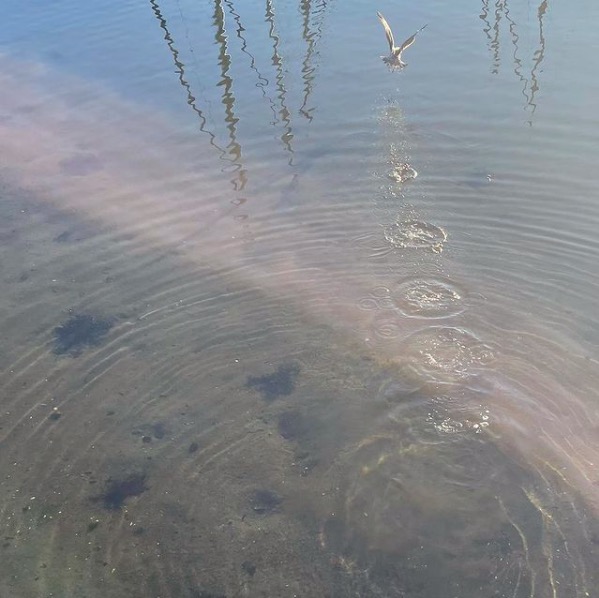 Well, I didn’t mean to scare you, but now that you are taking flight, I’m pretty sure I’m enjoying the waves even more than if you had continued just sitting there! 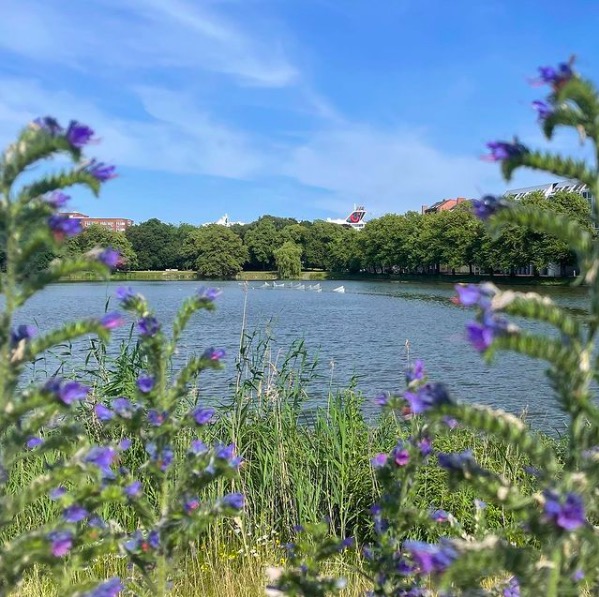 Ship spotting in the city! And in front of the ships, my favourite sculptures by #UlrichBehl, moored aluminium tetraeders that move with the wind and waves. I love that they are shaped in irregular ways so that they don’t react to wind in the same way and move at different speeds and in different directions, looking like tiny sail boats out on leisure cruises 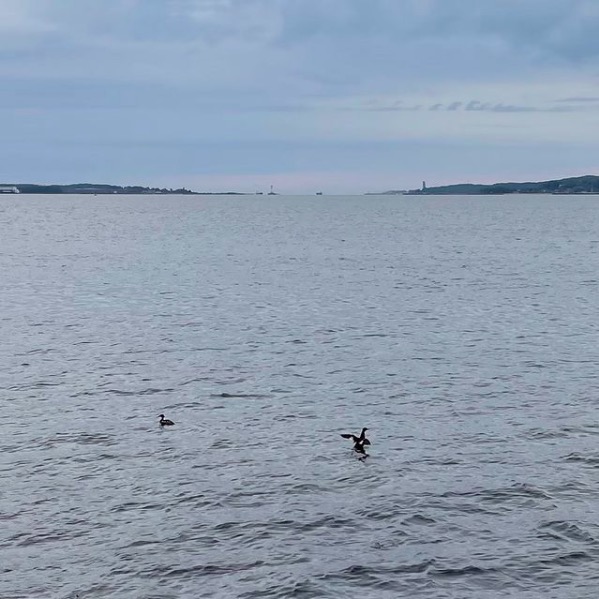 Nothing beats an early morning swim. But breaking cloud waves definitely add to it! Can you spot them? 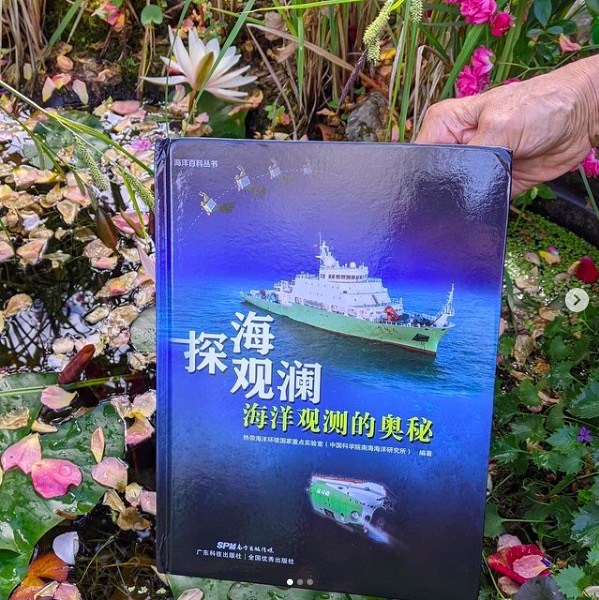 When you post pictures of your coffee on social media, the coolest things can happen! Yesterday I got a copy of this Chinese oceanography textbook for pupils in the mail. It’s called “watching waves and exploring the ocean: the secret of ocean observations” and I am so excited! How cool is it to see my coffee in a Chinese textbook?
This will definitely come up as anecdotal evidence of usefulness and reach of scicomm on social media in every conversation I’ll have on the topic from here on onwards! 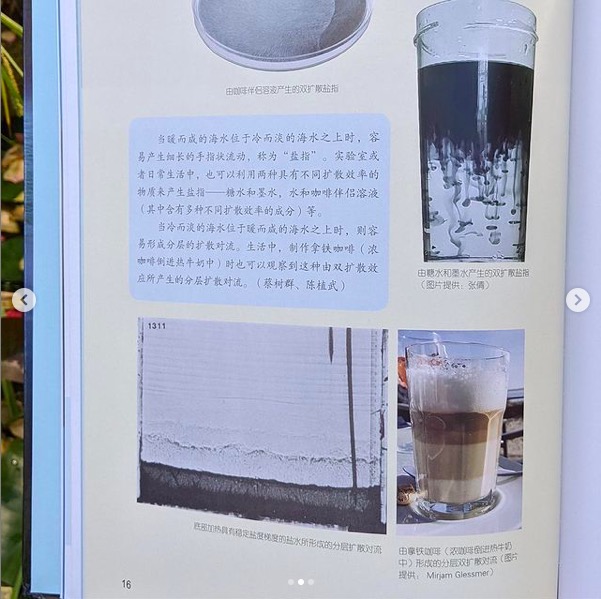