For #WaveWatchingWednesday, please enjoy a collection of water pics from my #WaveWatching Insta @fascinocean_kiel! 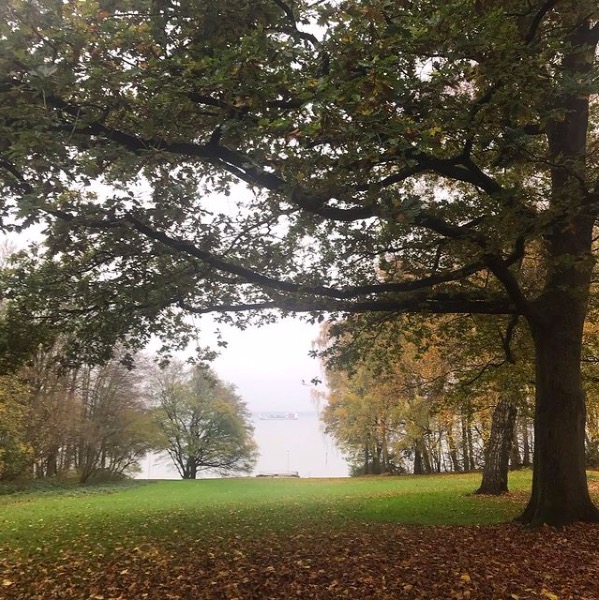 More recording with Maxie & Ronja for Treibholz podcast! Does #KitchenOceanography work in that format? Guess we’ll soon find out! 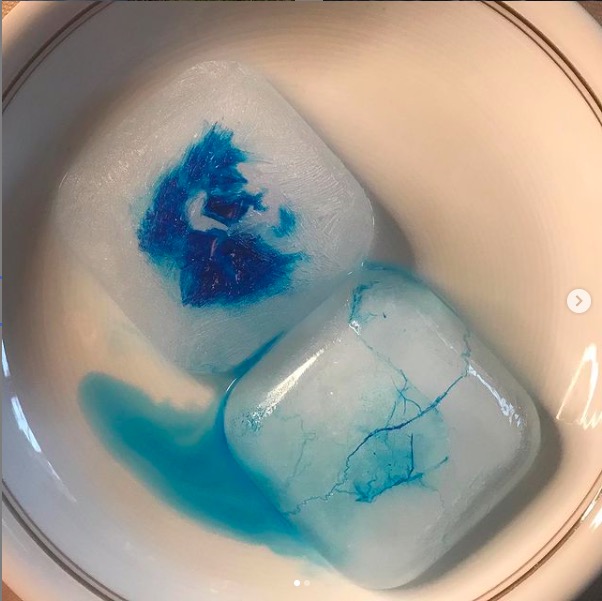 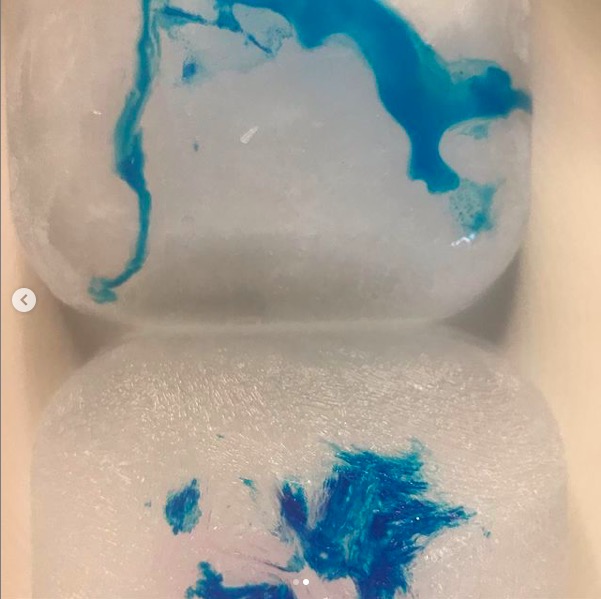 On the commuter ferry across the canal for some #wavewatching and a Sunday adventure! 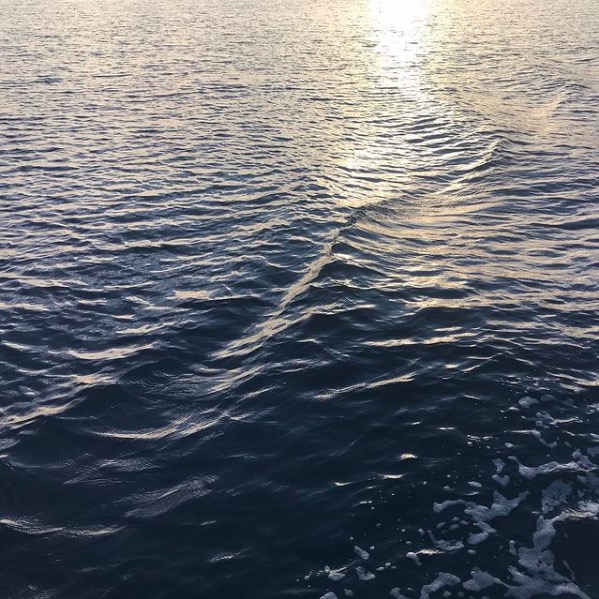 Very unusual for me to head inlands instead of to the beach, but somehow today I just wanted a nice walk in the November sun (and a little #wavewatching, of course) 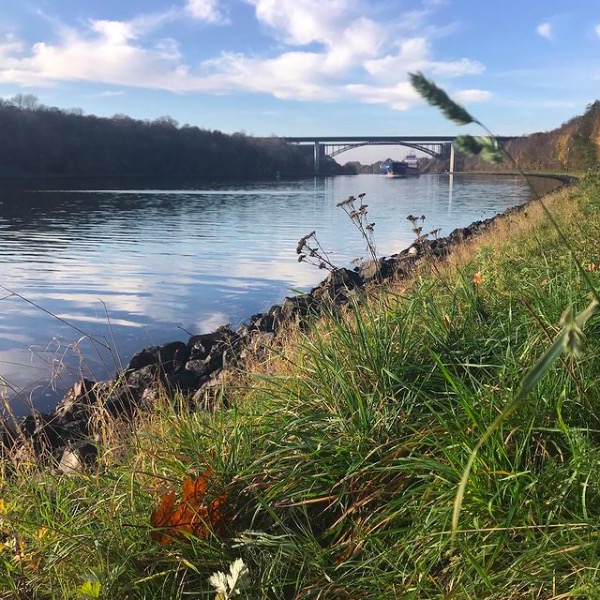 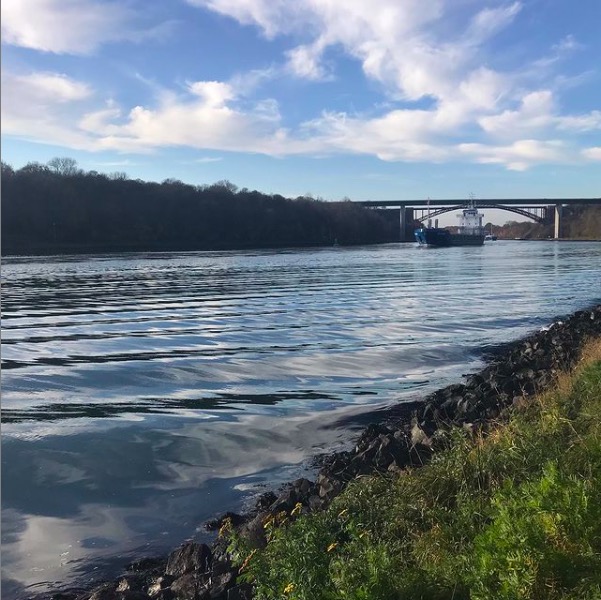 Not a lot of water here today! Always interesting to see what the seafloor looks like even though I prefer water over no water ;) 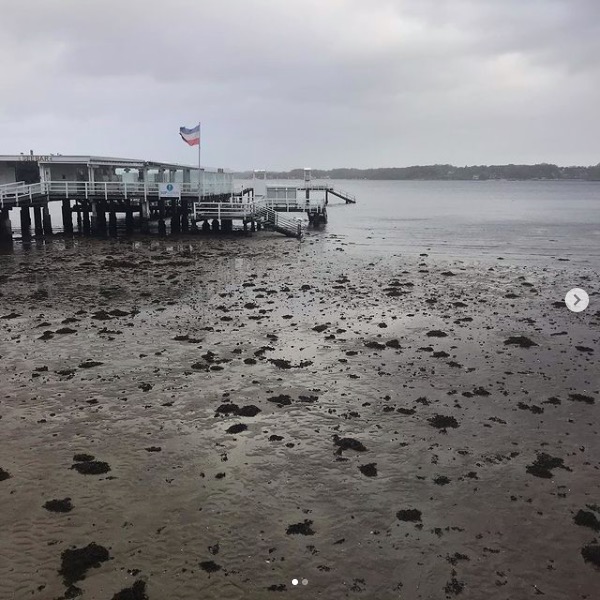 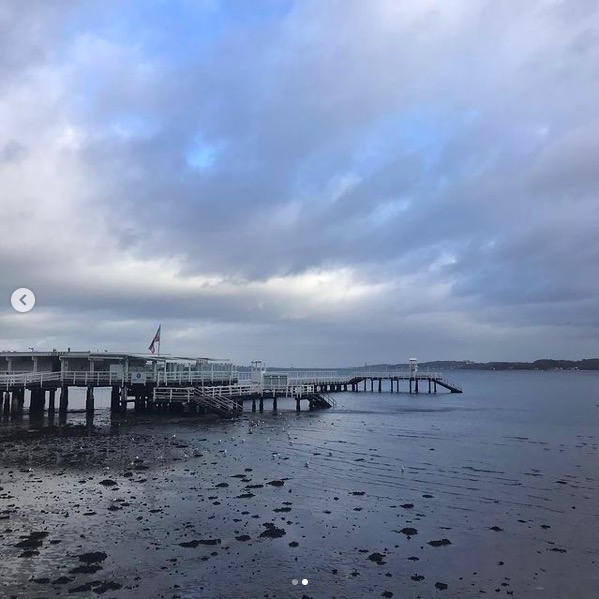 Sooo pretty how incoming waves bounce off a step in the sea wall and create those concentric half circles! 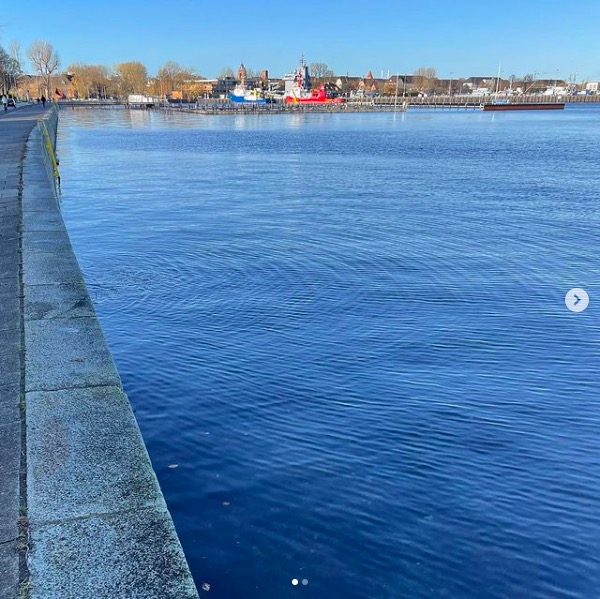 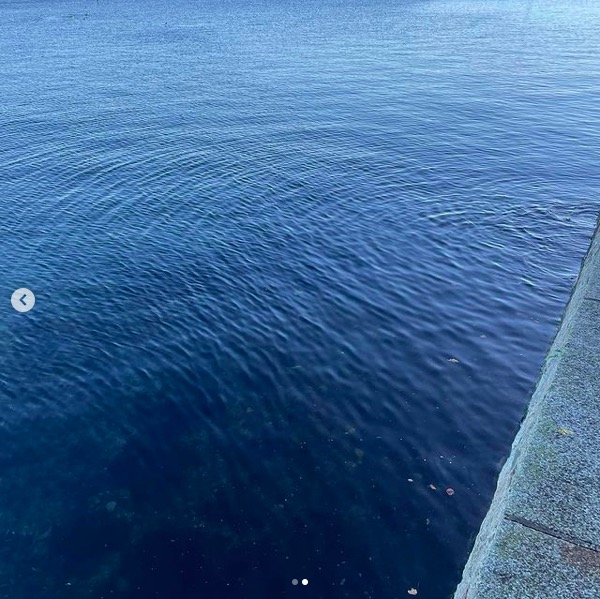 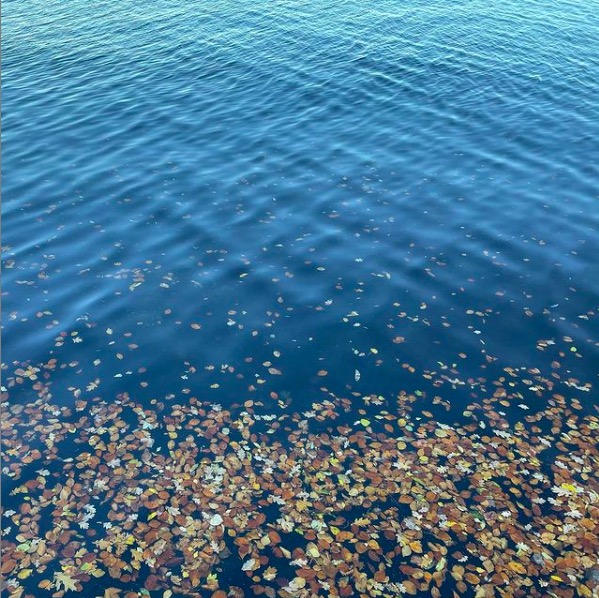 Do you notice how the waves seem to be interrupted by calm stripes that run out into the sea? That’s because the waves we see here are a superposition of incoming waves and their reflection; except the reflection isn’t at 90deg but at a slightly different angle so we get this pretty interference pattern where wave crests and troughs cancel each other out! 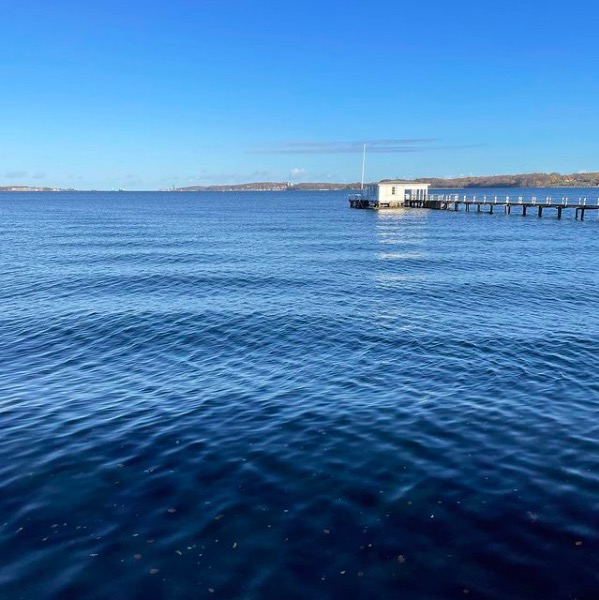 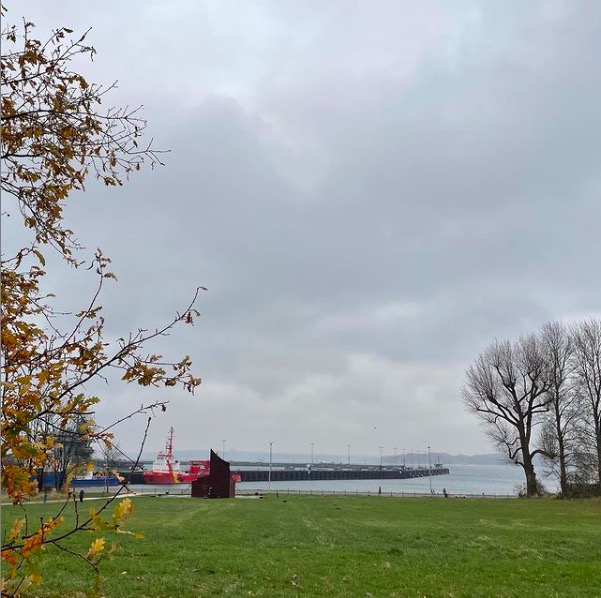 Waves coming in from both sides on another very-low-water day in Kiel! 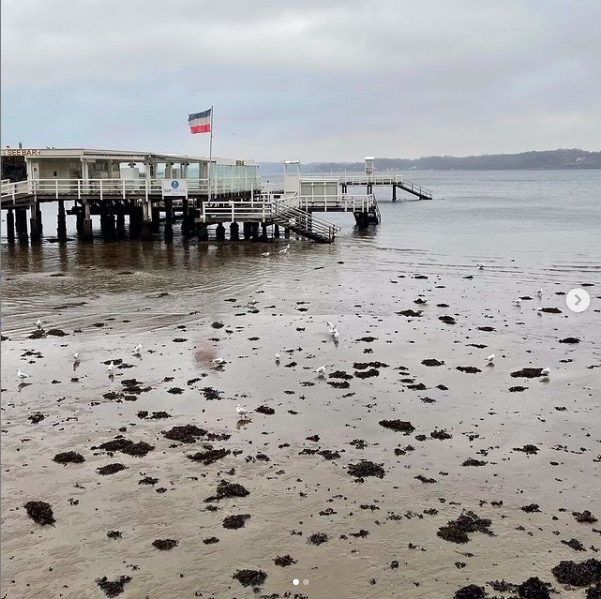 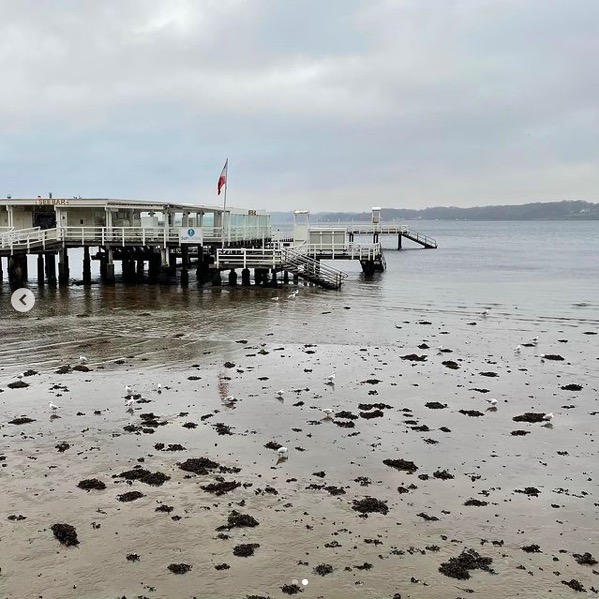 The sandbank leads to cool interference patterns and the awesome color in the water. Best use of the weekend: definitely #wavewatching! 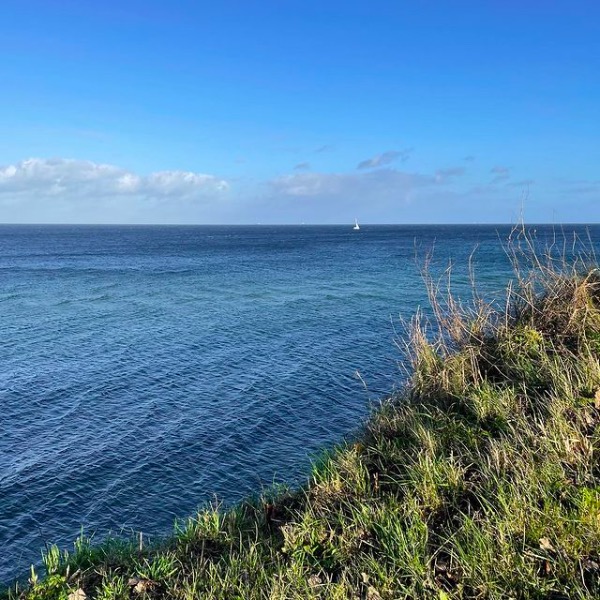 The larger, breaking waves don’t make it over the shallow sand bank into the little bay on the beach, but it’s windy enough for lots of new waves to be created in no time. Awesome! 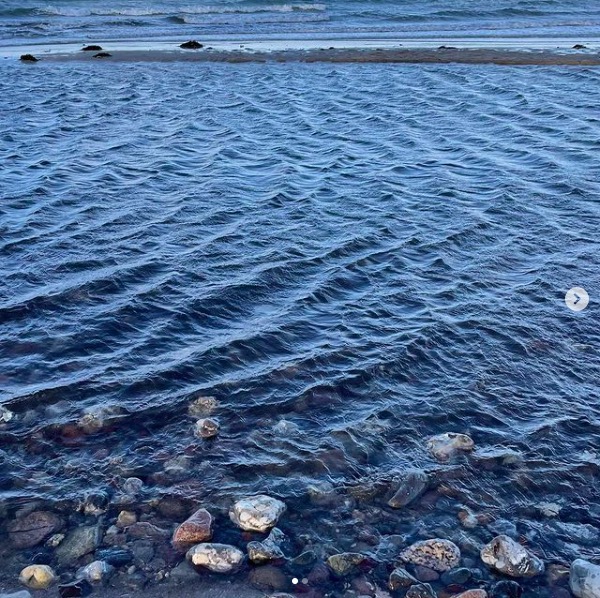 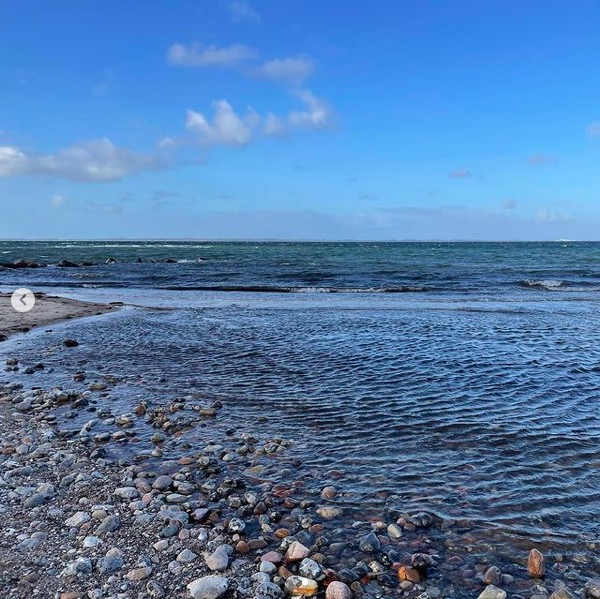 In shallow water waves, phase speed depends on water depth. Waves in deeper water are faster than those in shallow water, therefore wave crests bend towards the beach. Easiest zo see from high up, like here! 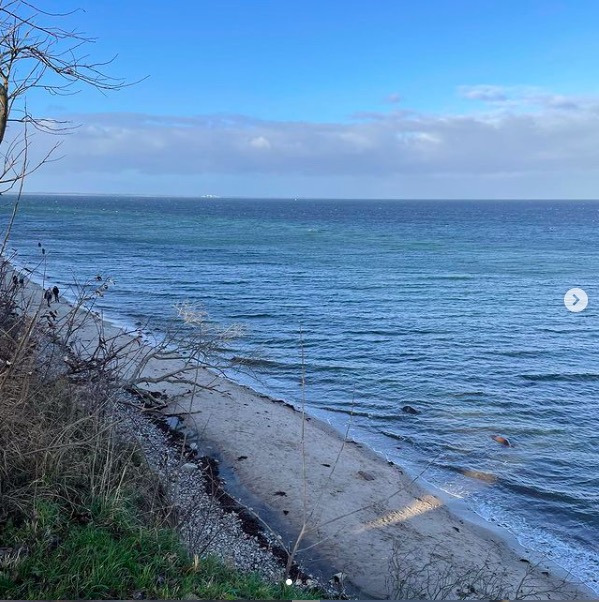 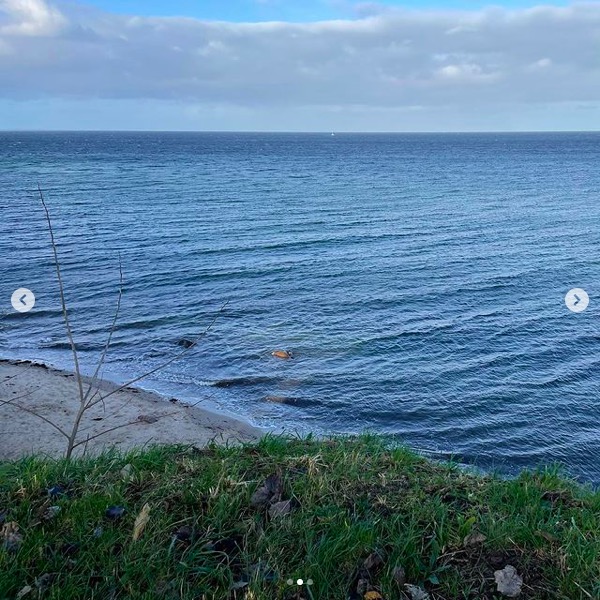 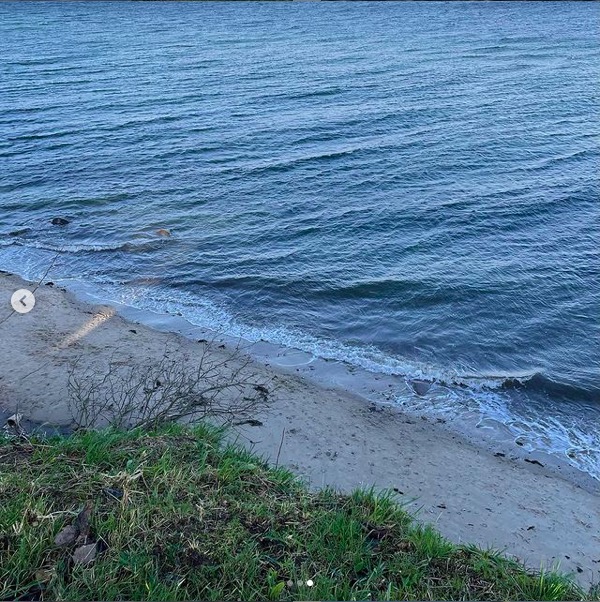 When there is as little water as today, shallow wave watching is especially awesome. Here we see the long shallow bit going out into the water that I wasn’t aware of until it showed up so clearly in the waves today 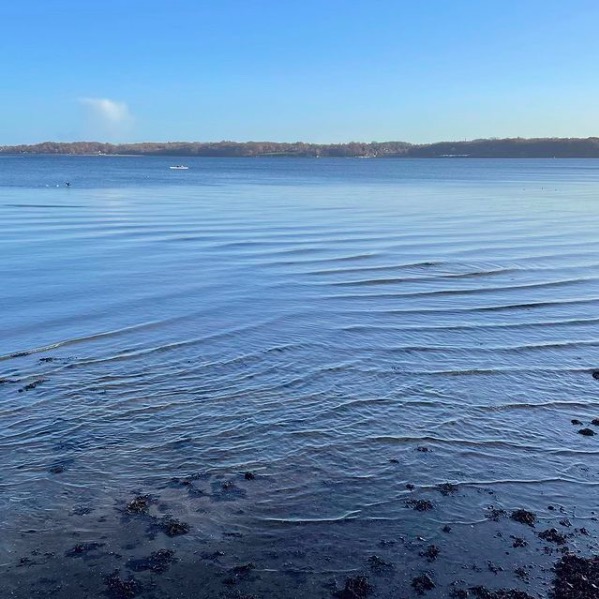 When there is as little water as today, shallow wave watching is especially awesome. See how they are slowly breaking over a really long distance because the water depth is only changing ever so slightly?
Here we also see the long shallow bit going out into the water that I wasn’t aware of until it showed up so clearly in the waves today 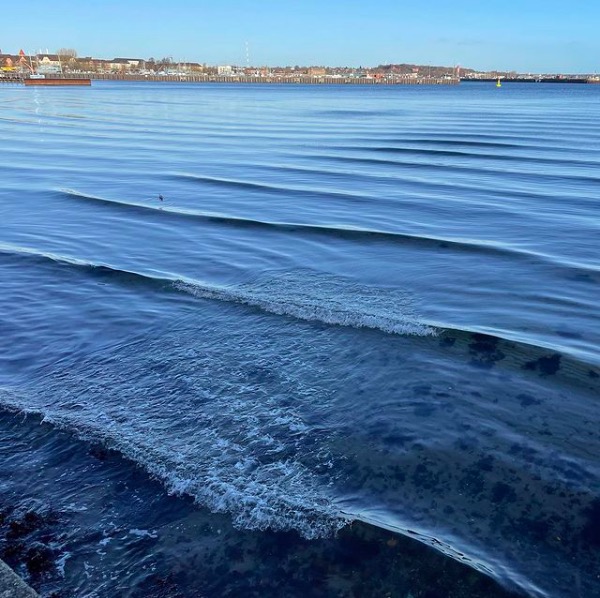 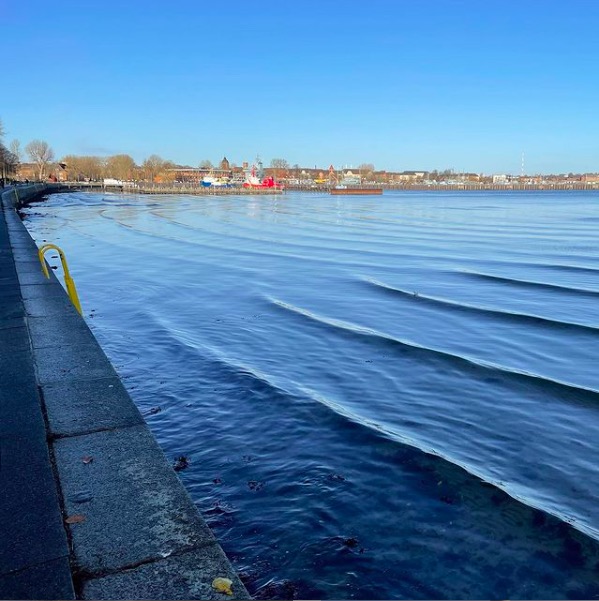 Shallow water waves in super shallow water get this specific shape with crests that look like pool noodles being pushed through the water, and long troughs in between. Amazing how they can persist over such long distances despite the friction they must have with the seafloor!
Also super nice to see how we can look into the water when we look at it at steep angles but not at shallow angles. Total reflection is one of the concepts in physics class I never realized would ever be useful in real life. Well, “useful”… 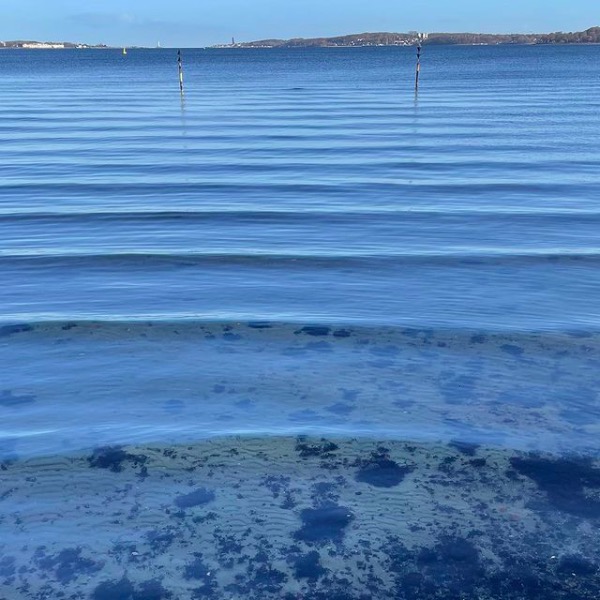 Grey and not a lot of time between work and work and work, but still managed to catch some gusts of wind & the associated increased surface roughness on the water! 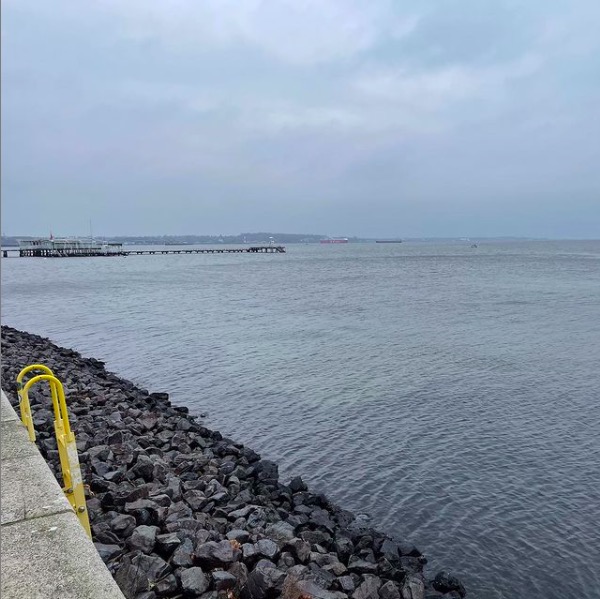