Today’s guest post is brought to you by Manel Camacho. Manel and I met on Twitter and bonded over our joint love of wave watching — me as a dedicated amateur, Manel as PhD student in marine energy. Today, Manel is giving us a glimpse into what marine energy is all about. Enjoy! :-)

As a person that grew up in the coast of a tropical country will be weird for me to say that I was afraid of the sea during most of my childhood. I remember going outside of our parked car at the sand to meet the sea, was my 1st time and the day was warm; no clouds anywhere and no wind. Same moment an enormous wave came into my direction, I ran inside and never went out for all day.

Ironic as it is despite this fear, 25 years later I was doing a Ph.D. on marine energy. Marine energy engineering is the subject that involves the use of our oceans to produce electricity, the sea by itself it is involved in one of the biggest energy exchanges on the planet earth. The energy exchange involves the gravitational pull of the sun/moon and also the sun thermal radiation.

The first force that I will talk about causes a phenomena called “tide”, as we know the moon and the sun can exert a gravity force over the earth. The gravity force as we know tries to pull out any mass into its direction, as the continents and the sea bottom are made of dense rock they resist this pull; however the seas can deform more easily, the force will pull out the seas above its normal level. This rising and decay of the sea level is called “tide”. The difference on elevation from the low level to the higher level can be over half a meter in open ocean, when its pulled is called “high tide” ad when its not “low tide”.

We might think that half a meter of difference is not too much, but when the ocean reaches a depth of more than 3000m is considerable. Comparing lets take a circle of 1 meter radius in the sea and lift it 1 meter, we’ll the same force to do this is to pull up almost 95 liberty statues just one meter above the ground.

Now that we know how much force is need it to pull that single cylinder of water, imagine again the force necessary to make an entire ocean to vary half a meter on level. The forces of the sun/moon will cause the ocean to bulge, then earth rotation will cause these bulges to move across the globe. When we are at the coast and we see the water rising at night and day, what we see is the water reacting to these forces creating this massive but imperceptible lumps in the ocean. 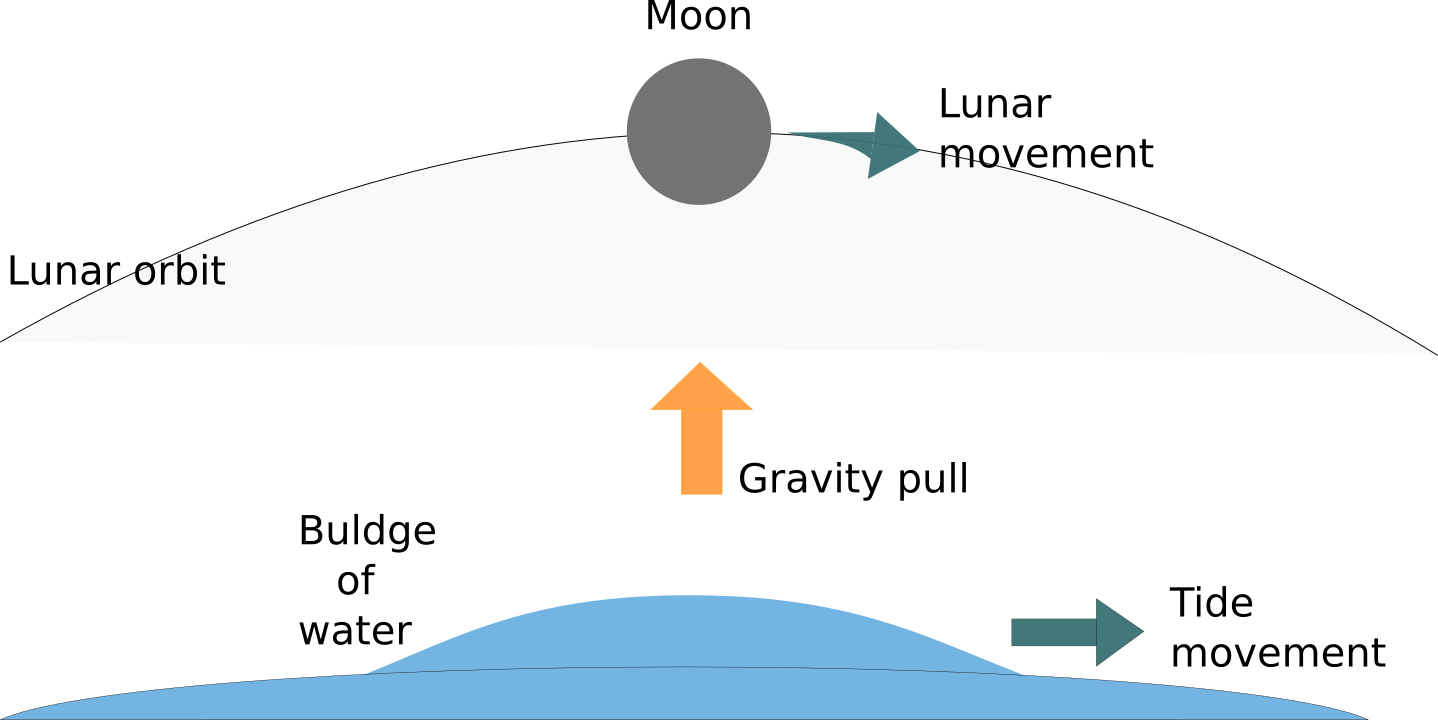 The water height increases more at the coast than in open sea, this will cause that certain parts to rise several meters at the “high tide”. These sudden increases on water will cause a flood on the coast, if it moves to the coast is called “flood” or away from the coast “ebb”. These flows will cause strong currents in certain locations, these currents work similar to the wind blowing; the currents produced then can be used to harvest energy, the easiest way to do it is using a device similar to a wind turbine.

Devices used to extract energy from the tidal stream currents are called, tidal stream turbines. These devices use knowledge learn from disciplines as wind energy, marine, civil and offshore engineering as naval, mechanical and aerospace areas.

As any new device to produce energy many problems need to be solved, problems related to: how it affects to the animals, to the people and its way of living, how they will survive in extreme weather and many many more. But thats something to discuss further.