Here is last week’s summary of my #WaveWatching Instagram @fascinocean_kiel. Social distancing in Kiel isn’t so bad… At least until I started to take it seriously enough to stay inside full time, so this week we only have pictures until last Saturday. And there will probably be no wave watching in the near future. But I’m thinking about going through the archives and explaining some stuff better now that I have time. Does this sound interesting?

So much going on in one picture! Can you explain all the different waves? Let me try below… 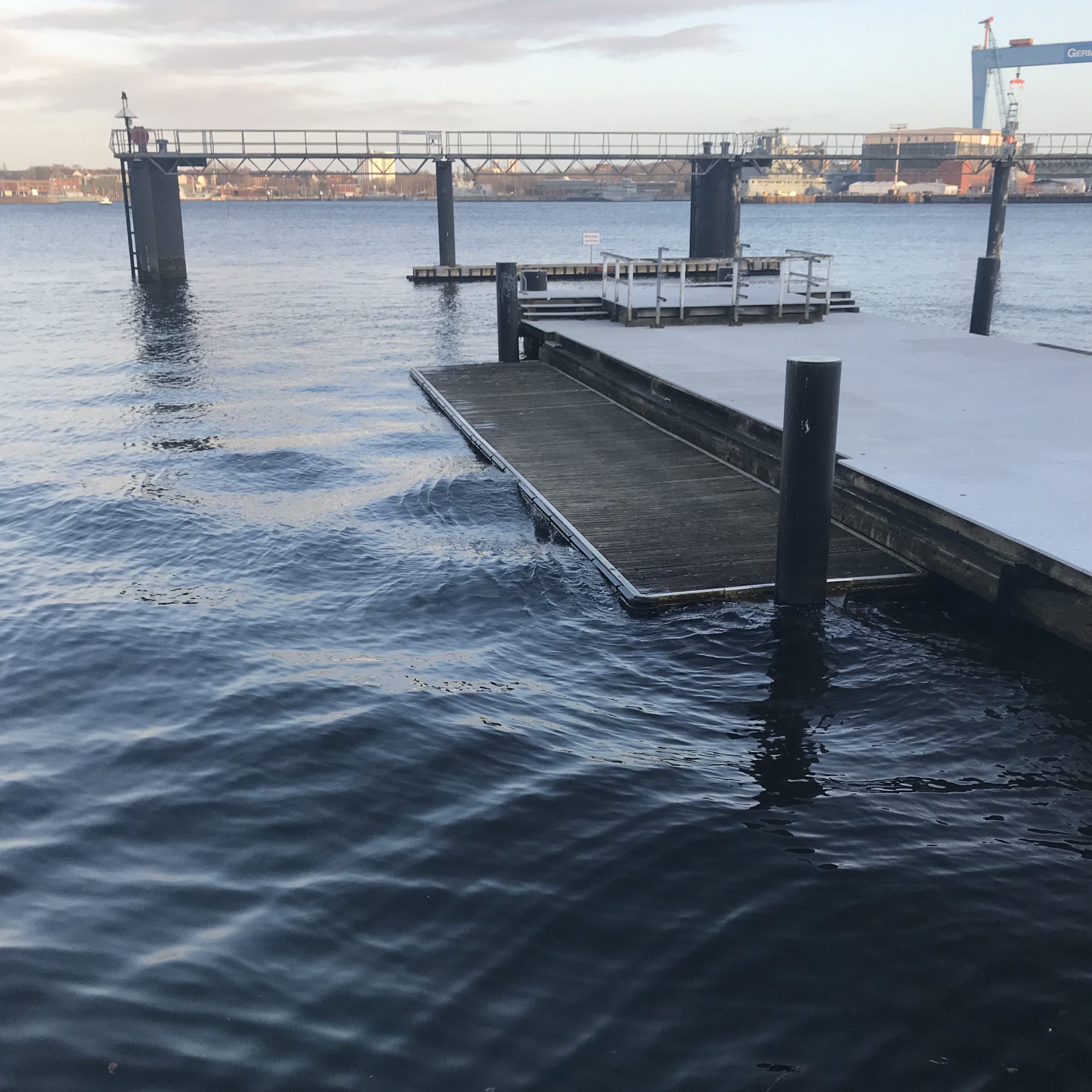 Red lines show the incoming waves; the wake of a ship that passed a minute ago and whose feathery wake is now reaching the sea wall.
As the feathery wake meets the sea wall (on whivh I am standing), it gets reflected. The reflected wave crests are marked in green.
With all these waves, the pontoon is bobbing up and down, making those waves that trace its contours & propagate away from it (blue).
And finally, the yellow waves radiate from the edge of a pontoon that you can’t see, which is also moving with the waves.
How super awesome is wave watching, please???

I love the contrast between the bright sky in the east that we are looking at, and the darkness behind me. That, plus simple geometric shapes like this pier, make for amazing wave watching because different sides of the waves are reflecting either the bright or the dark parts, and then the deformation of the geometric shapes in their reflection gives us a good idea of the shapes of the waves. Plus I just love being out for the sunrise ☀️ 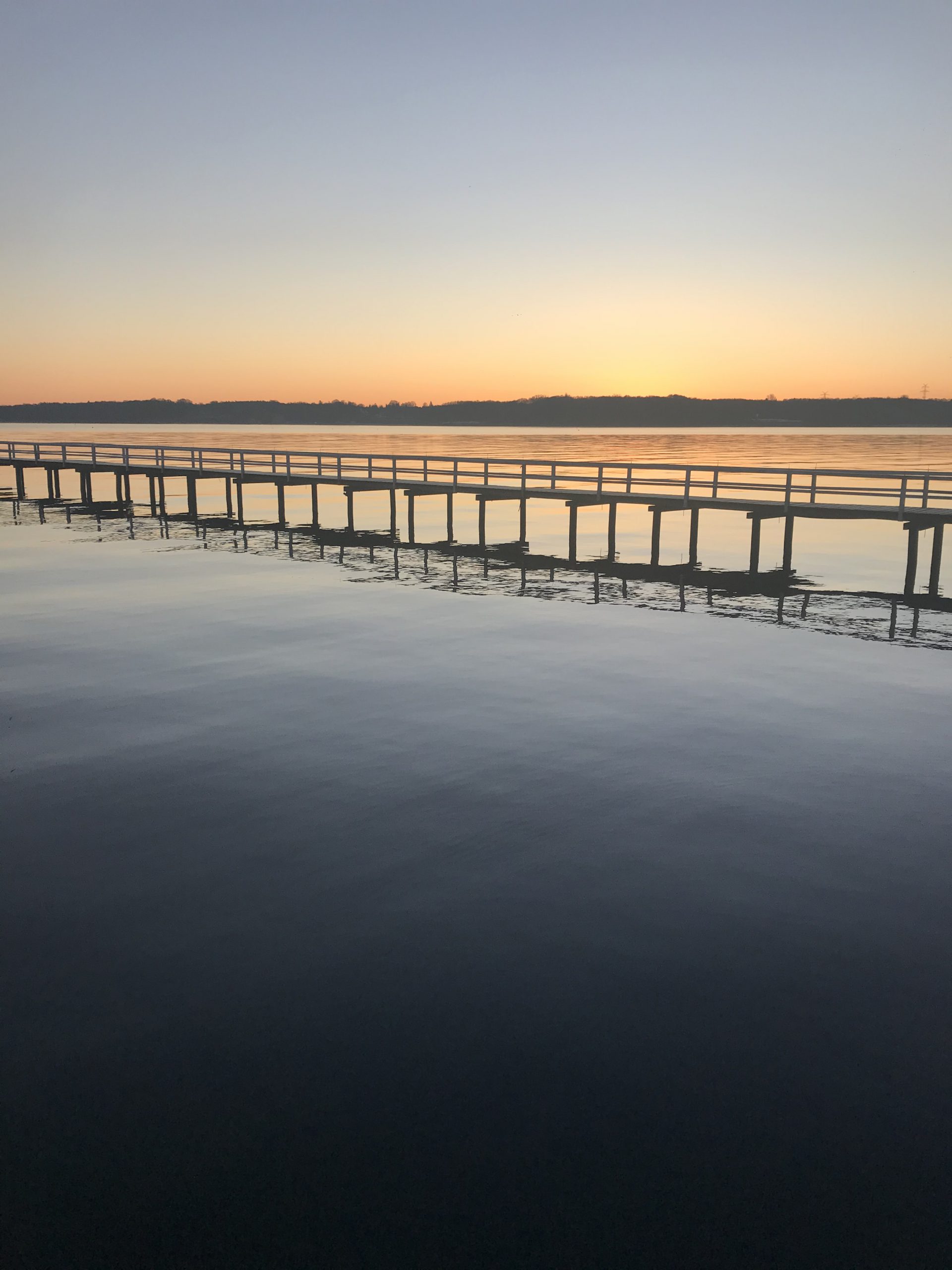 You think a little ice on the beach is going to keep me from a quick dip into the sea? Ha, think again! ‍♀️ 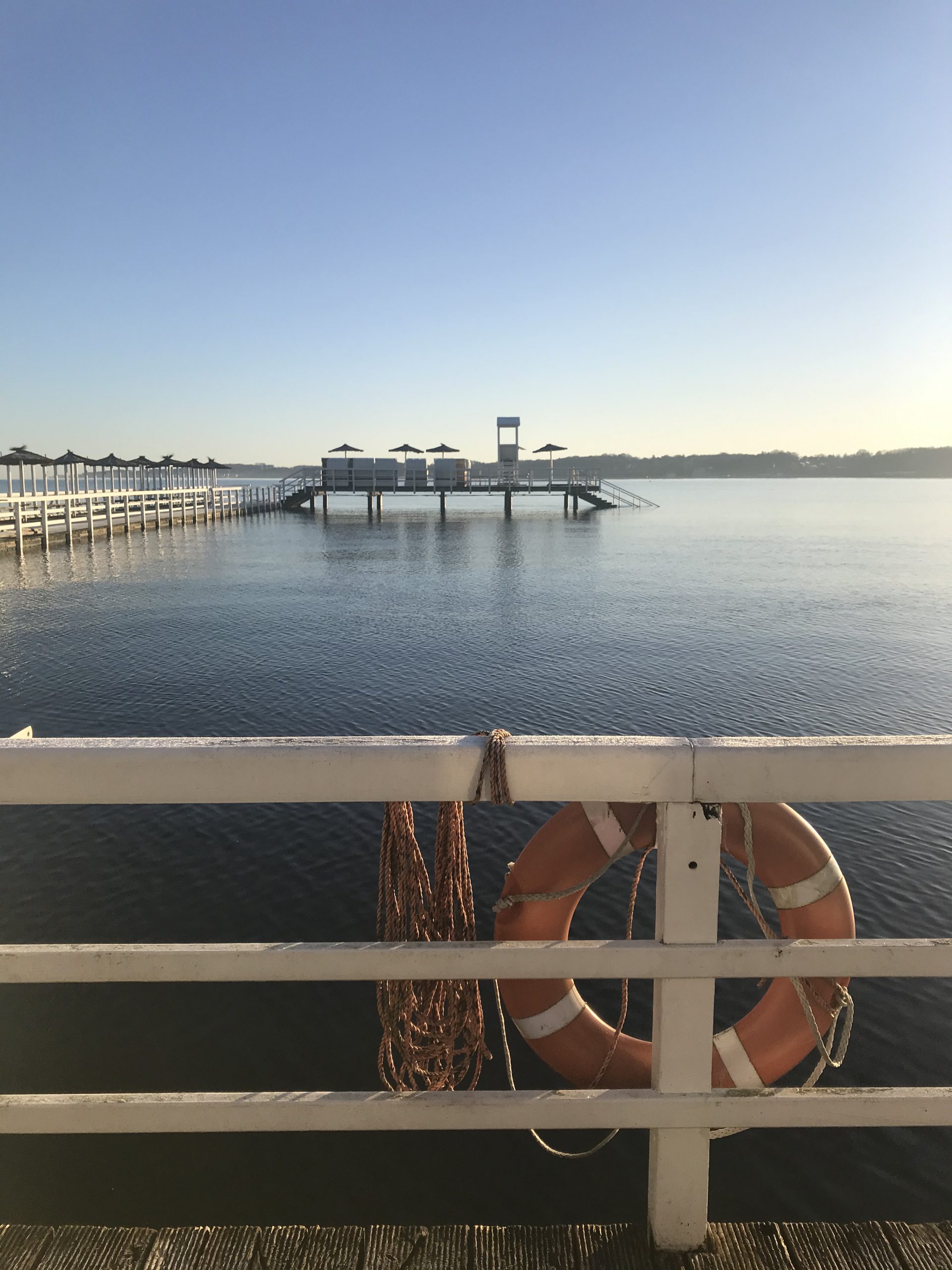 Social distancing is not so bad when it means sitting in a beautiful sunny spot, looking at water.
But watching the Oslo ferry leave for the last time in at least the next couple of weeks is somehow really emotional for me. It’s not only the source of one of my favourite wave watching events (actually, several: Beautiful wakes, and the 180 degree turn in a really narrow part of the fjord befor backing up into its berth), it’s also what connects me to all my friends in Norway. And my mini escape when I need some time at sea without having time or opportunity for “serious” (i.e. research) cruises. God tur, hope to see you back in Kiel soon! 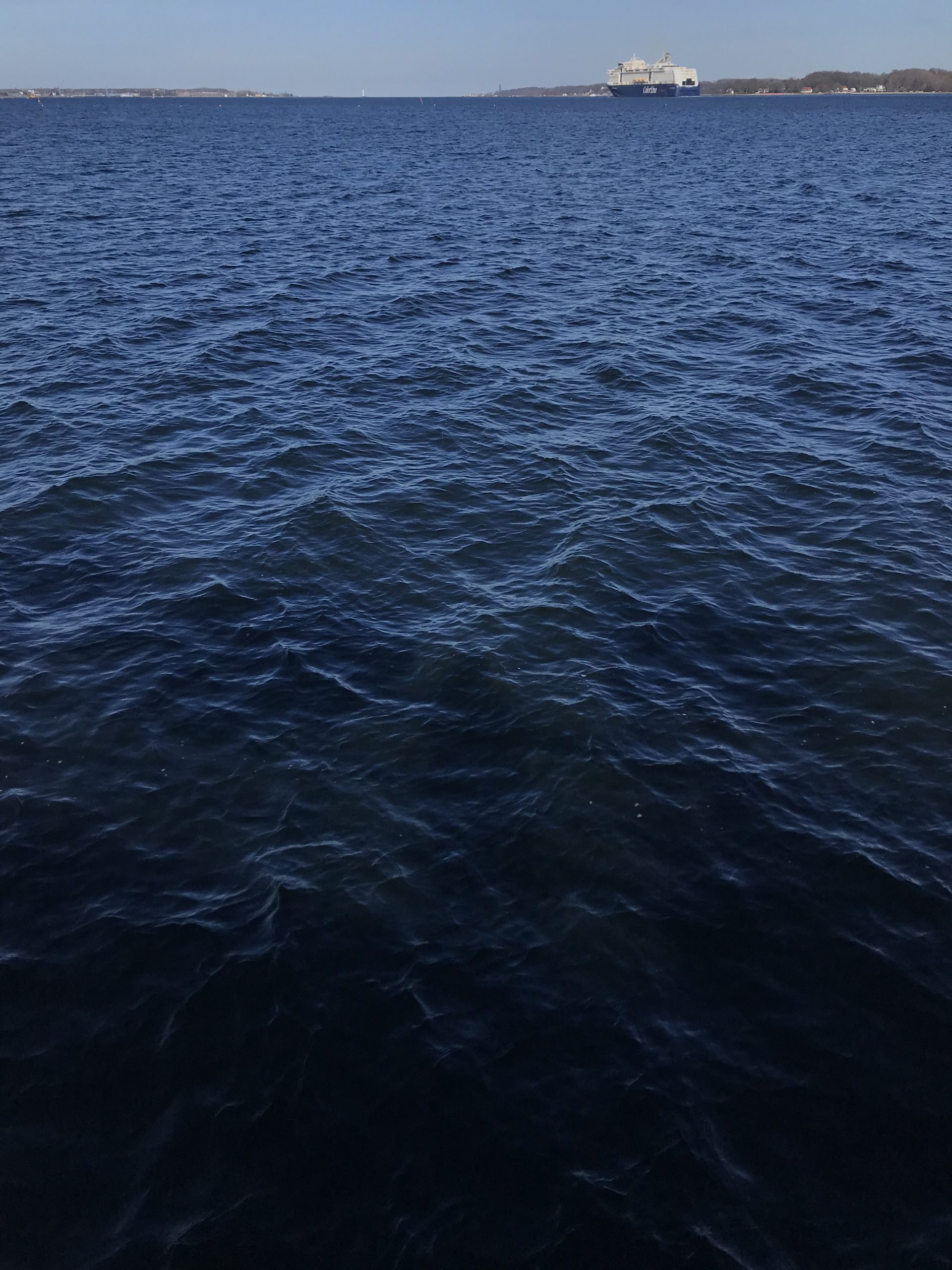 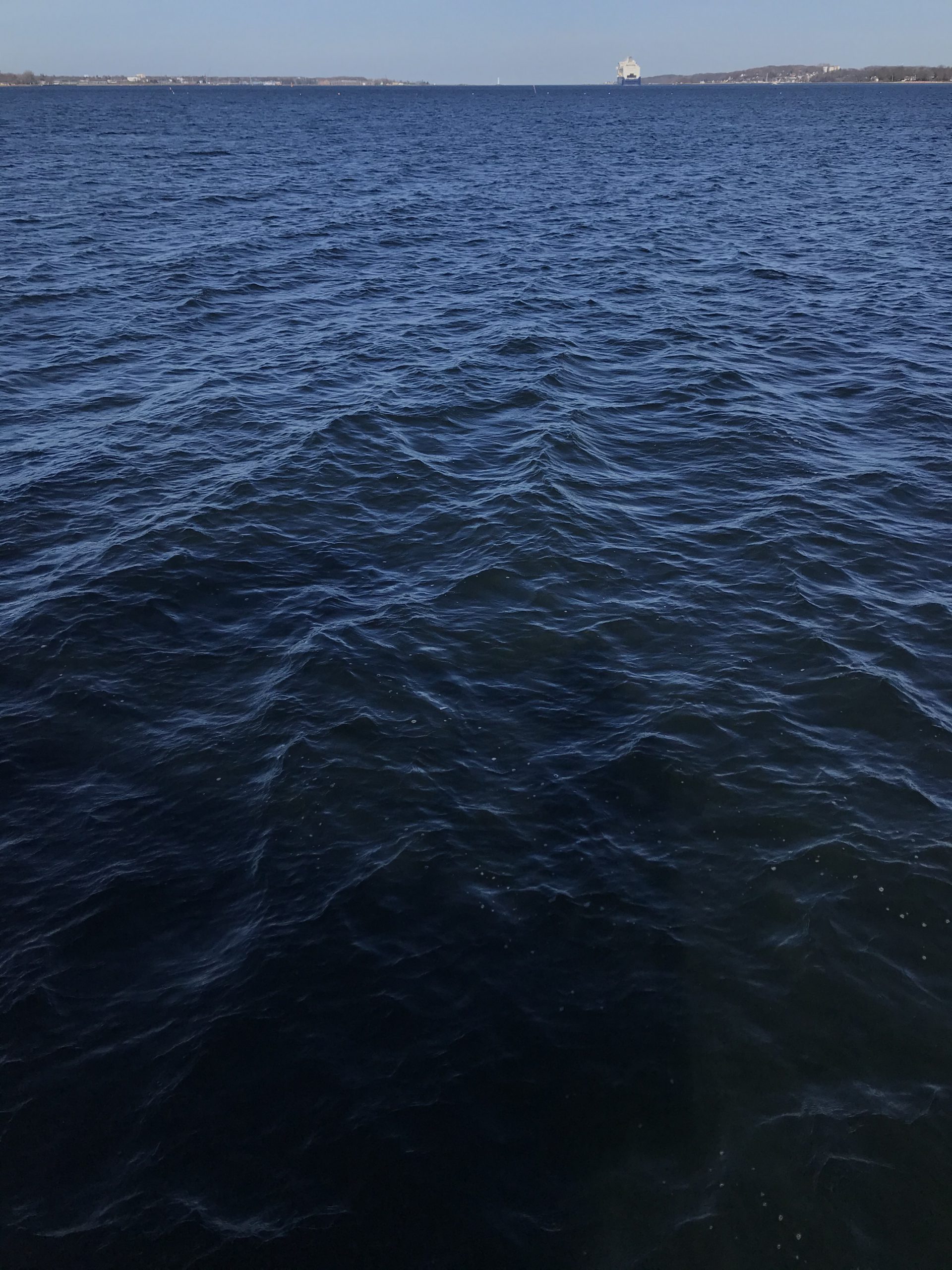 Yep, and that’s it. Be safe, everybody!