Here is another #WaveWatchingWednesday with last week’s recap of my wave watching Insta @fascinocean_kiel! Enjoy!

Opening my mom’s fridge, I went „WHAT IS THAT SUPER AWESOME LAYERED SAUCE???“. Turns out this was accidental #KitchenOceanography. The sauce was blended when it went into the fridge, then separated and formed layers. Density stratification!
Unfortunately I have to report that the internal wave experiment (that obviously had to happen!) didn’t go so well, too much damping. Layers just veeery slowly return back to horizontal… 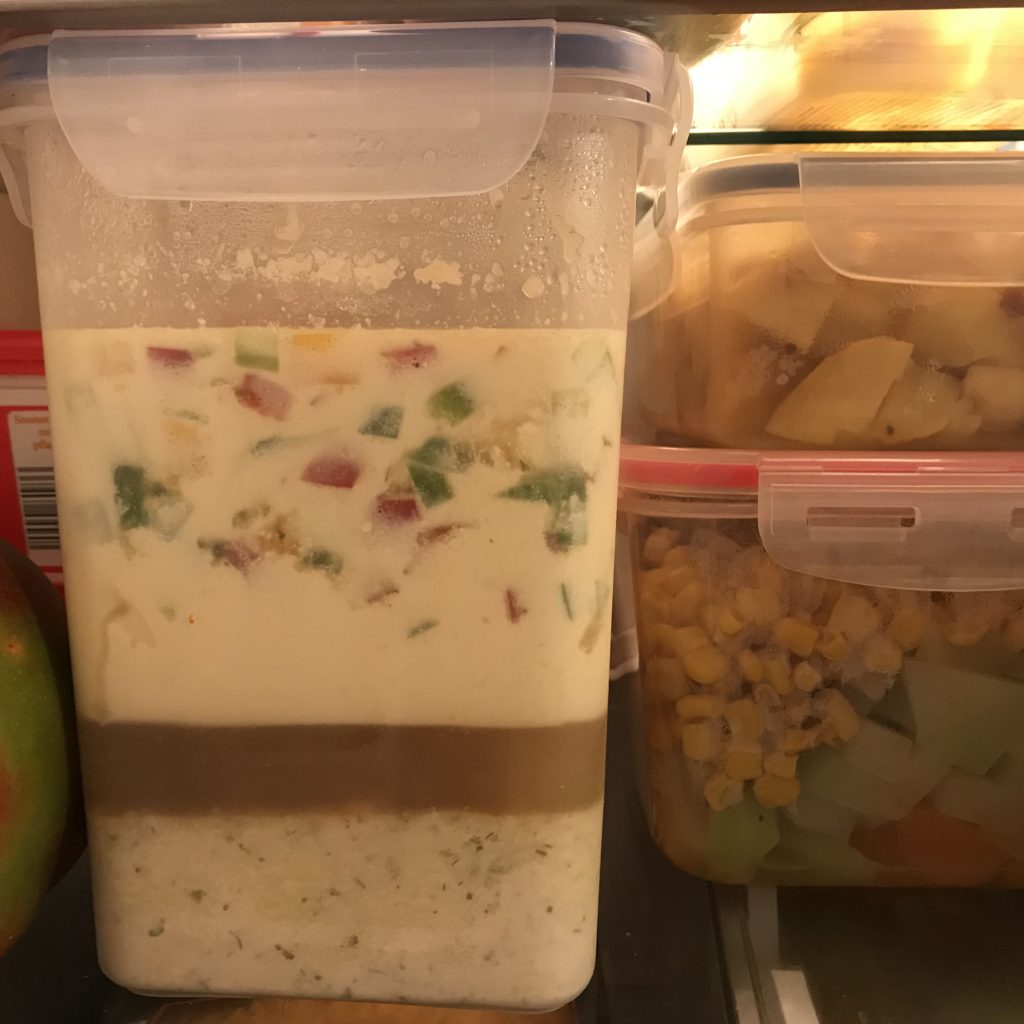 The flood is coming in quickly! Most waves reach further in than the one before did, thus reshaping the look of the beach. Footsteps of dozens of people enjoying their stroll — first just blurred a little, then soon gone completely. Covered in foam, shells, then water. Until, a couple of hours later, the water recedes again, each wave leaving fresh, smooth sand for someone to be the first to have walked on that part of the beach, until the whole beach is covered in footprints again. Am I the only one who finds this strangely poetic? 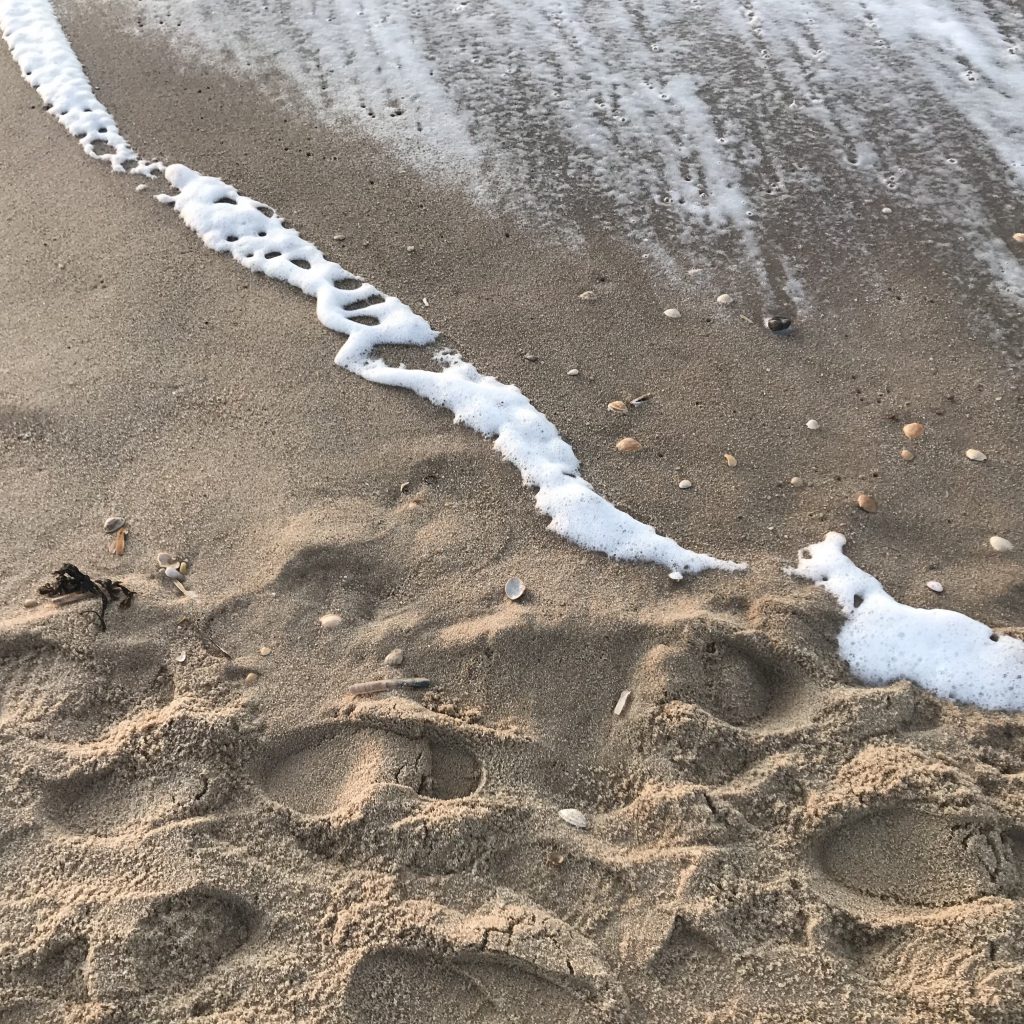 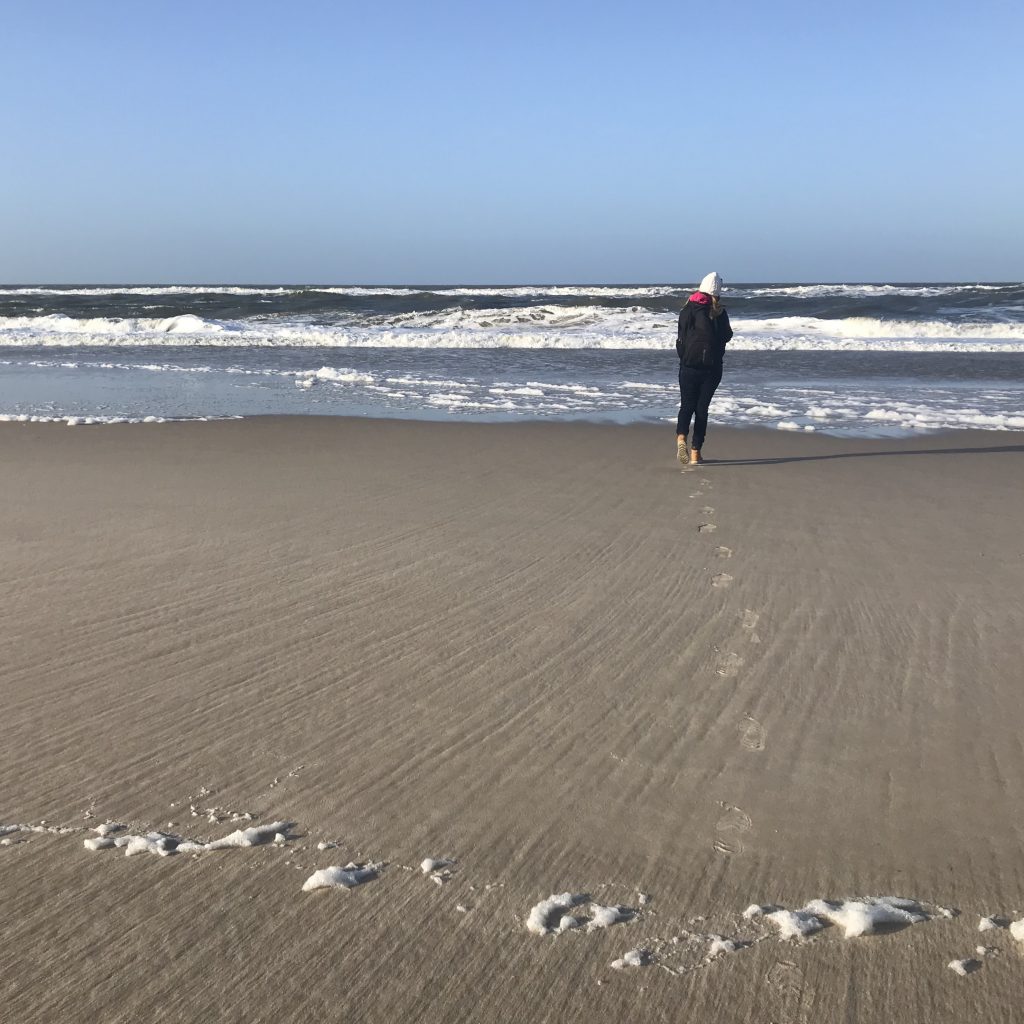 My sister pointed out the waves from the fountain on the left meeting the wind waves coming in from the right, and that ended up being almost as exciting as a bunch of lambs born only the night before! 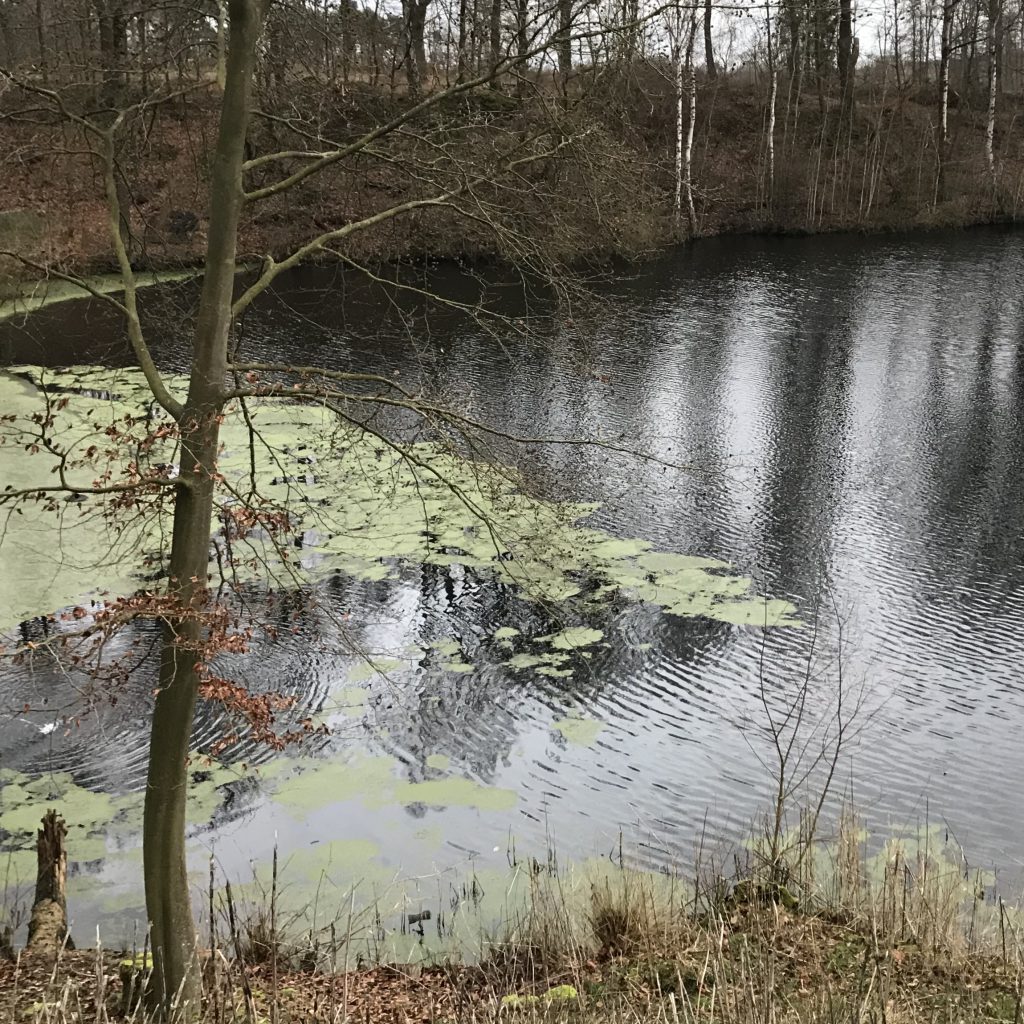 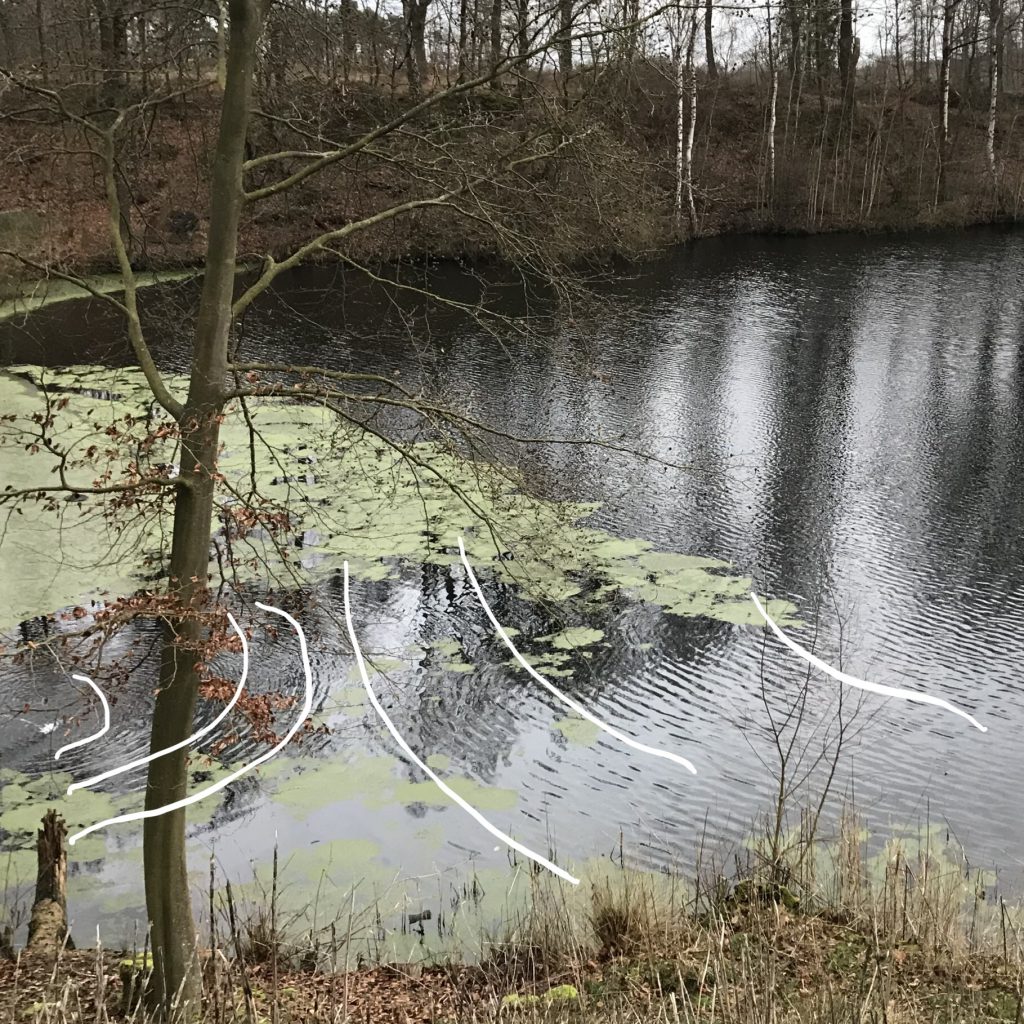 Not wave watching, but how cute are these little lambs??? 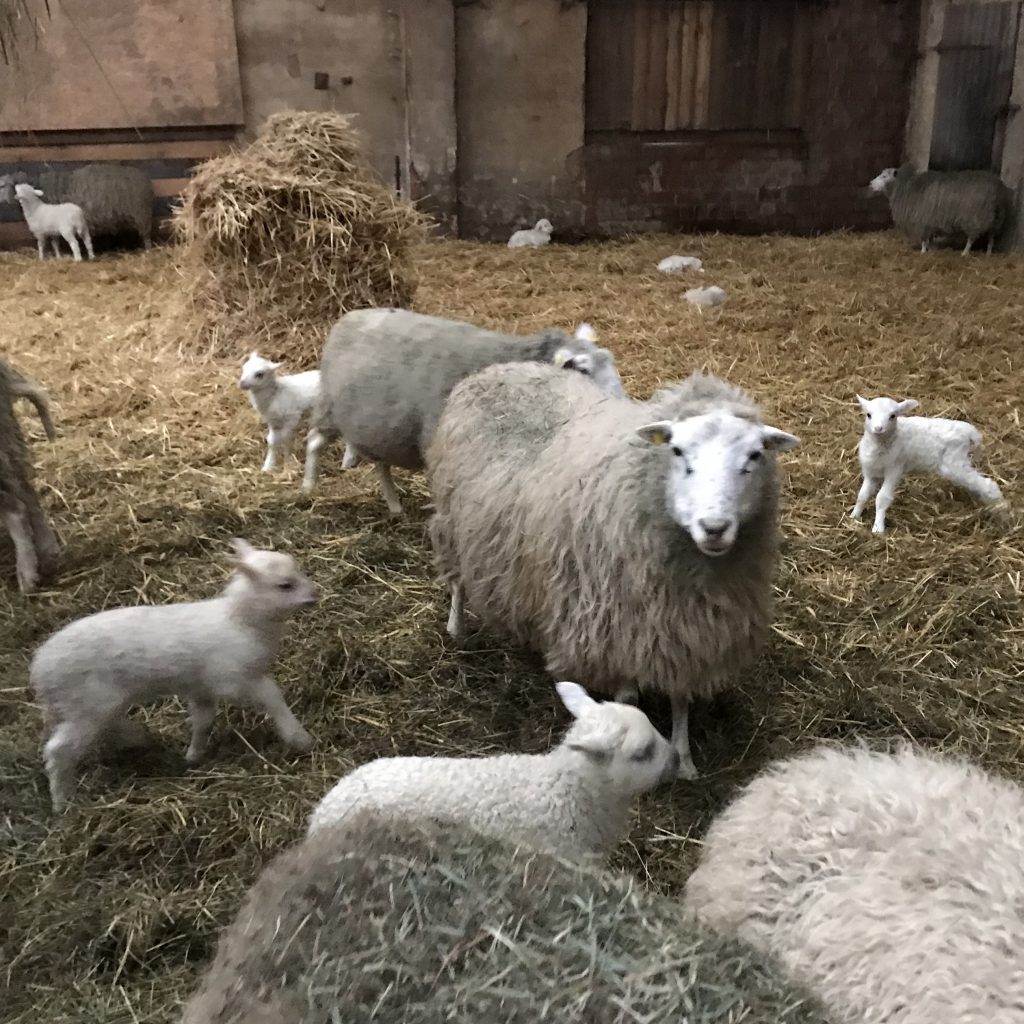 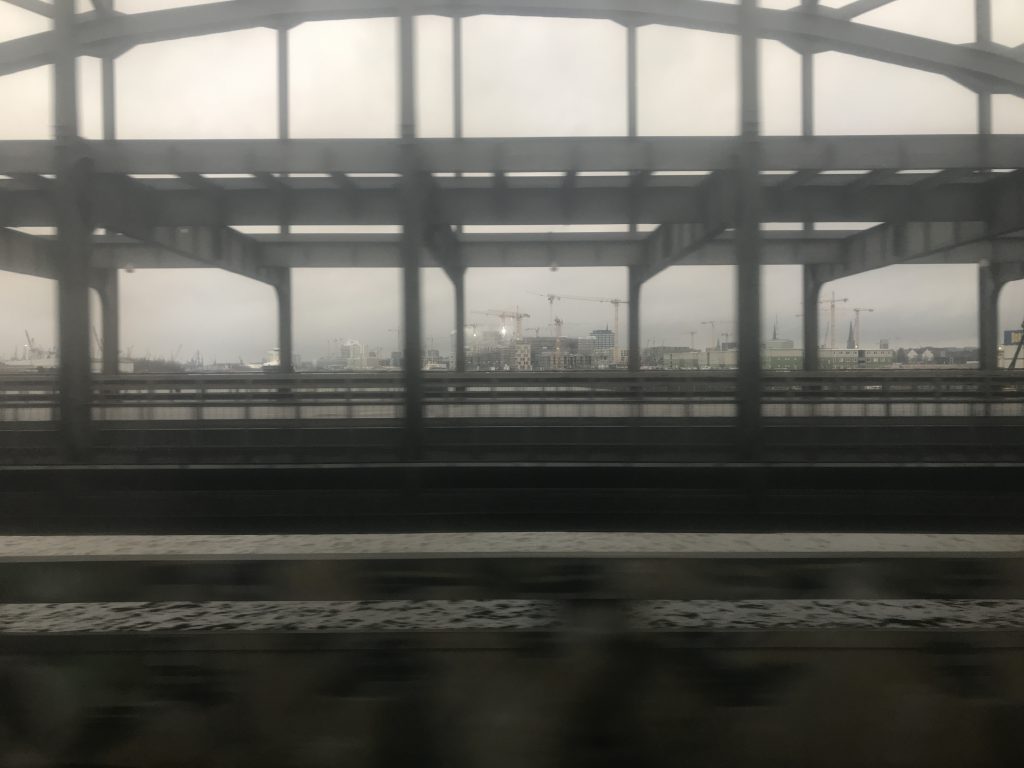 Finally! Back home to blue skies and wave watching! Today: seaward winds, thus hardly any waves on this side of Kiel fjord. But can you see the breeze offshore where the sea surface looks rougher? 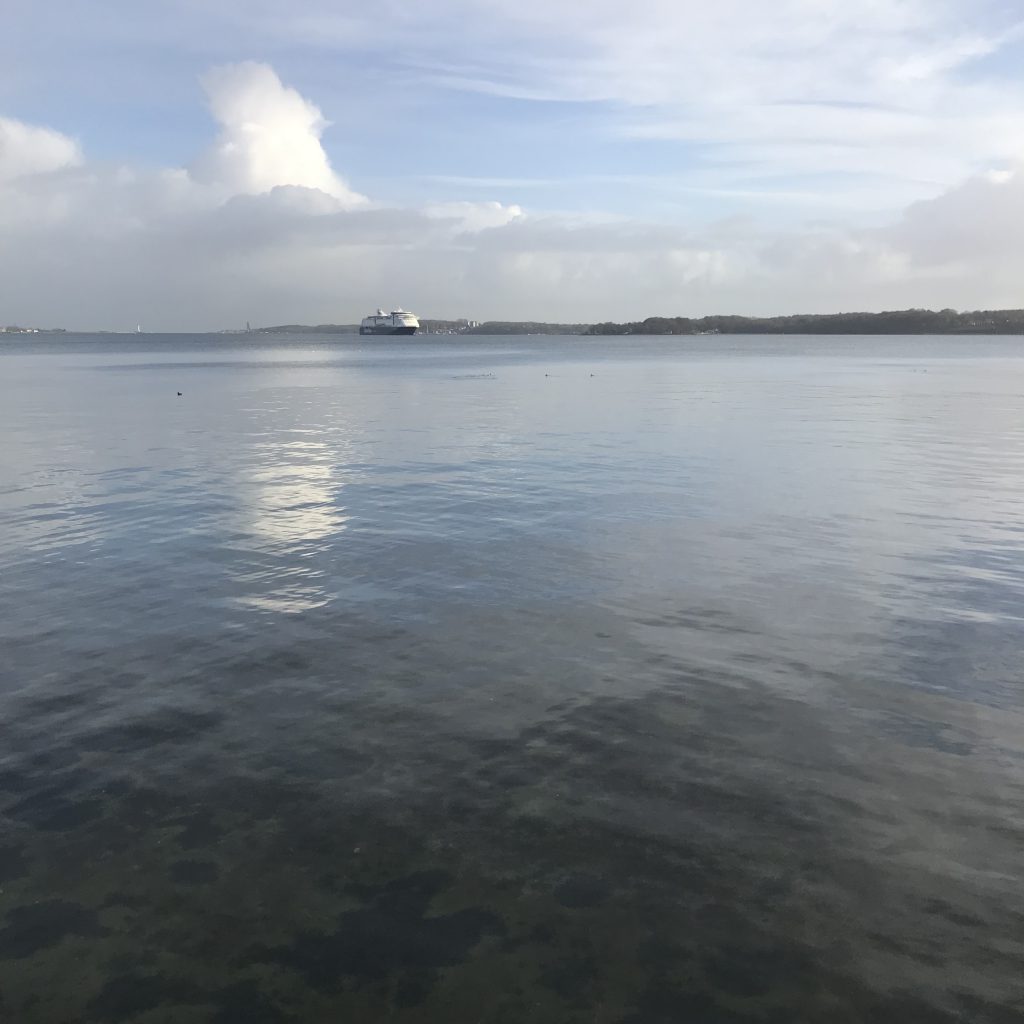 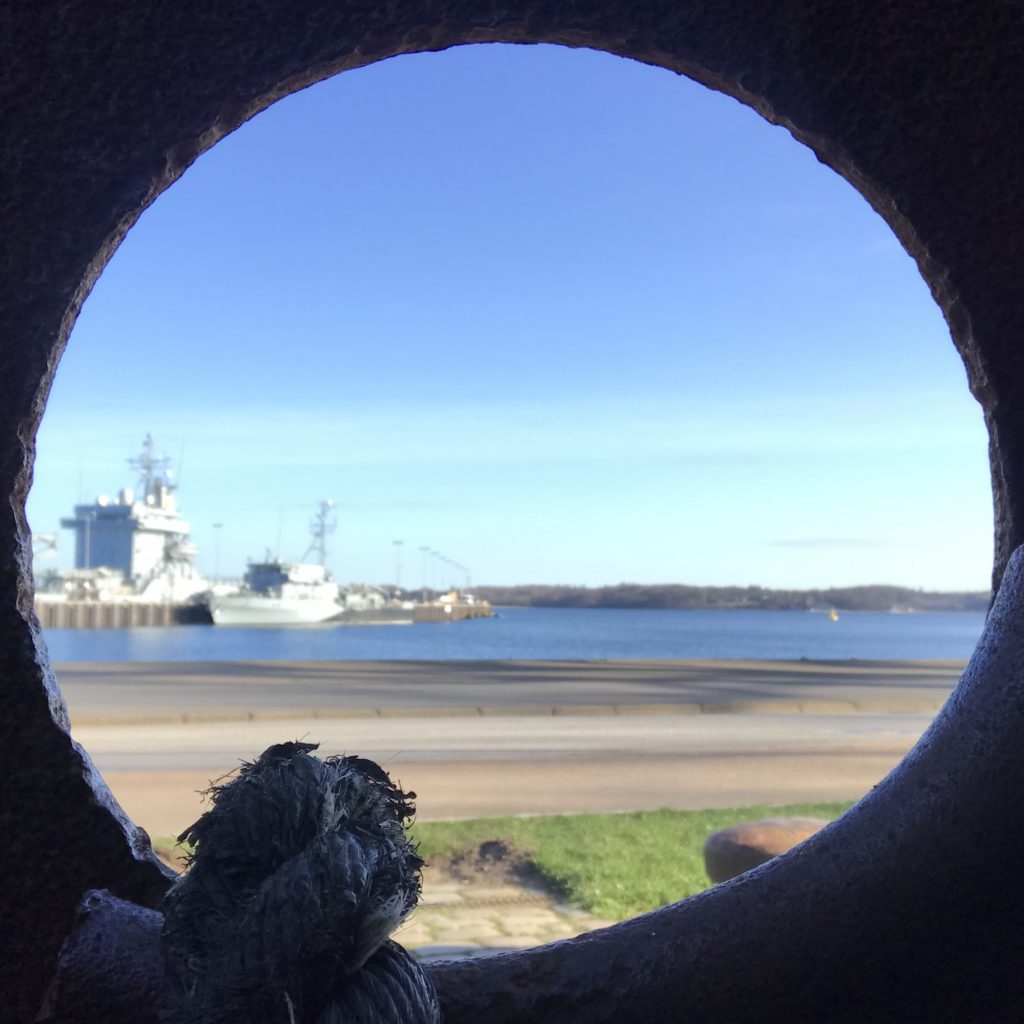 Oh a seagull making waves!
But what causes the waves that seem to be radiating from the lower right corner of the picture? Check out the next pic! 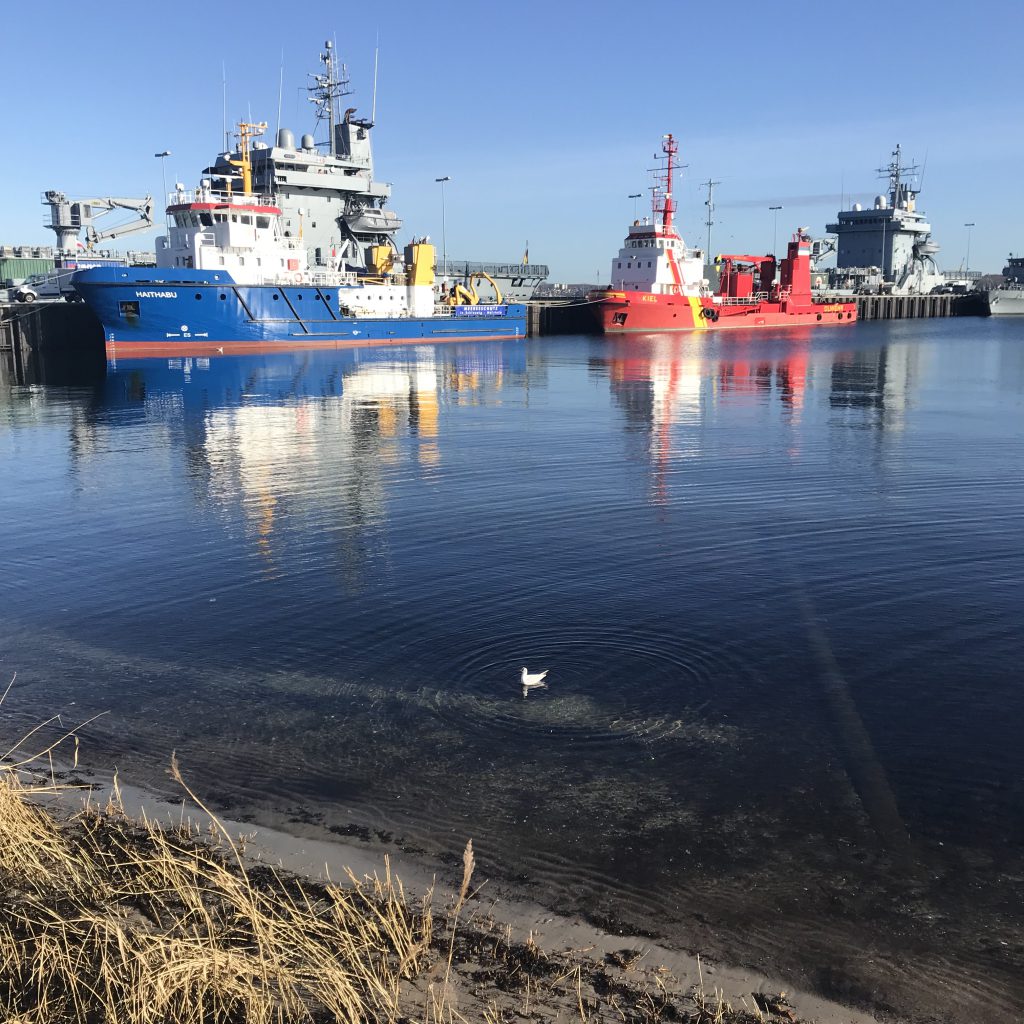 It’s other waves from a distant ship ⛵️hitting the corner where the beach meets the seawall and radiating from there! 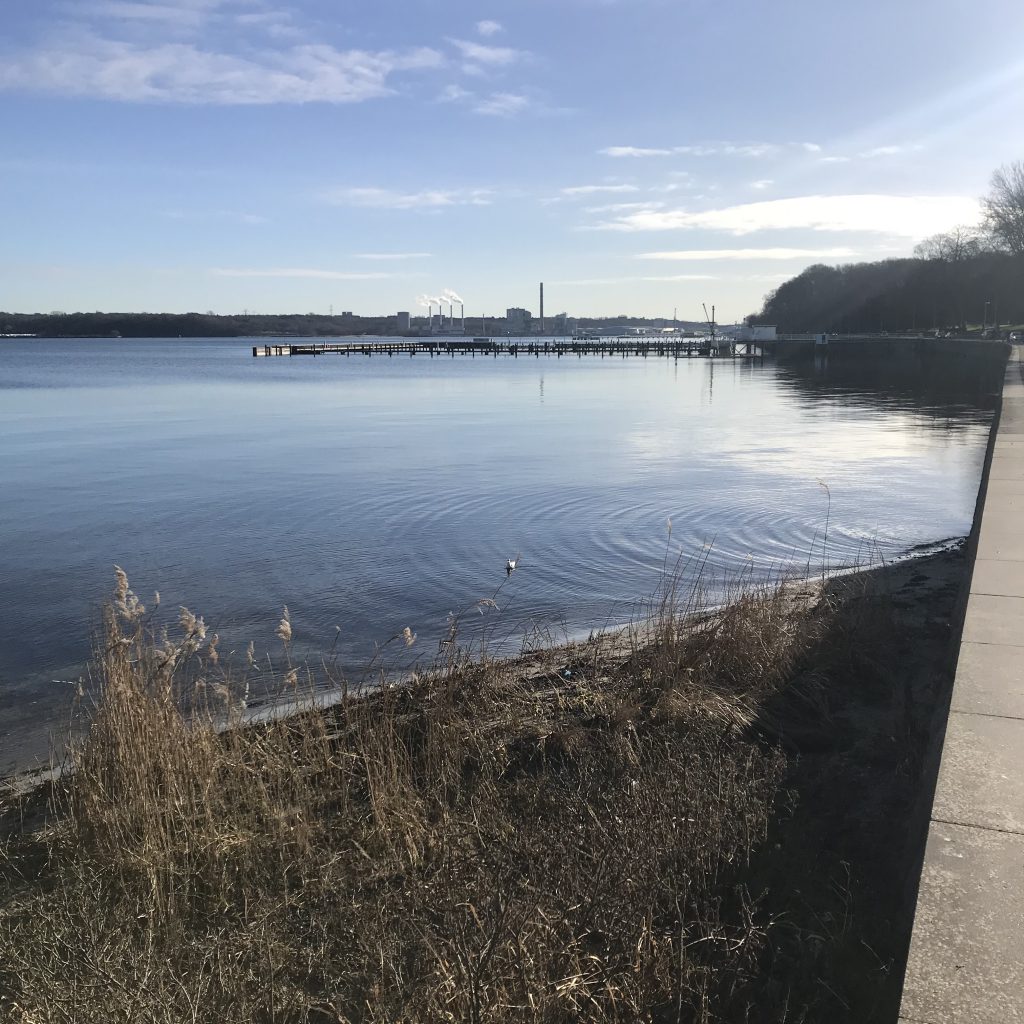 And that’s it for this week! Have you been wave watching lately? If not, what’s your excuse?