In a conversation about wave watching and how it can be done with kids, Felipe suggested to ask the kids to make wave models for them to discover waves with different senses and also build more defined mental models. Also these models could act well as conversation pieces to discuss different features that different kids might include.

I think he initially envisioned clay models, but I immediately saw the effect that would have on my flat (no! I cannot have every surface covered in clay wave models that I make or people give me!) and thought about sandpits instead. Easily available on most playgrounds, the “sculptures” don’t invite to be kept and stored, and also handling is very quick and easy.

So this morning, I set out to do a pilot.

Here is my first attempt of waves approaching the shore, getting steeper and steeper and finally breaking. 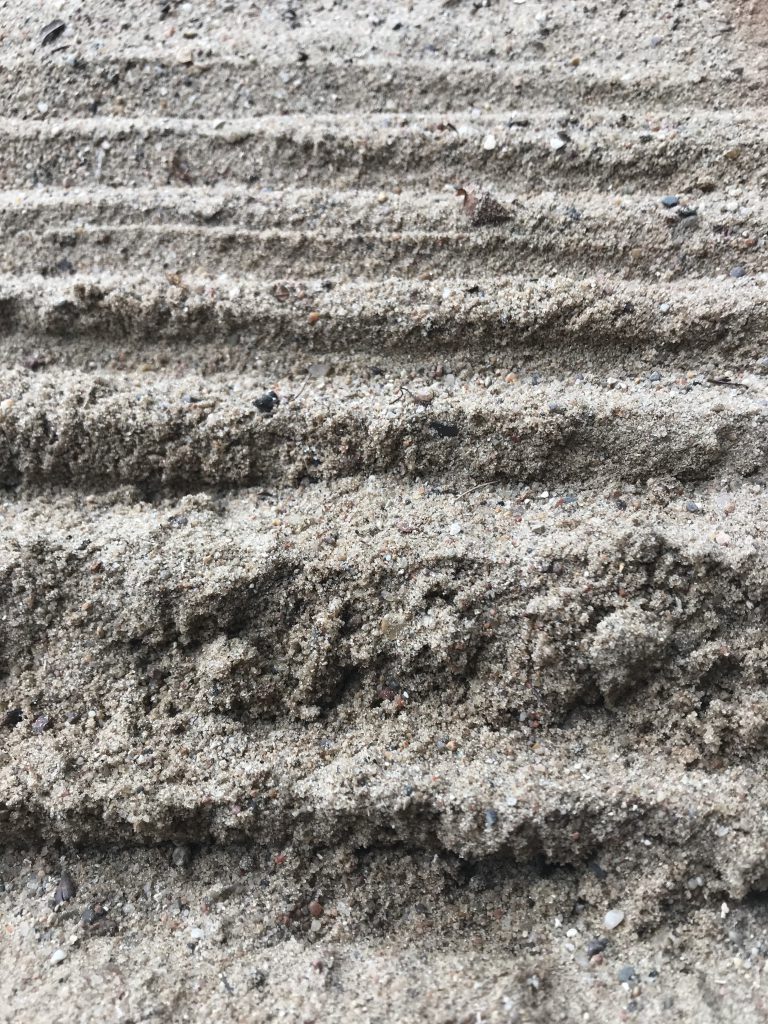 What this model doesn’t include, which I should really include next time, but this time I got chased away by tons of little kids: How the wave length gets shorter as the waves get higher.

Which you see, for example, when you look at waves that approach a shallow beach and get refracted towards it (see my model of that below).

Another phenomenon that worked really well in the sandpit: Interference of waves. Below you see the model (my feet for scale). Here I first made the horizontal lines just using my fingers, and then for the second wave field, I let some sand trickle through my fingers to have equal amounts of sand deposited over distance along the lines perpendicular to the first wave field. 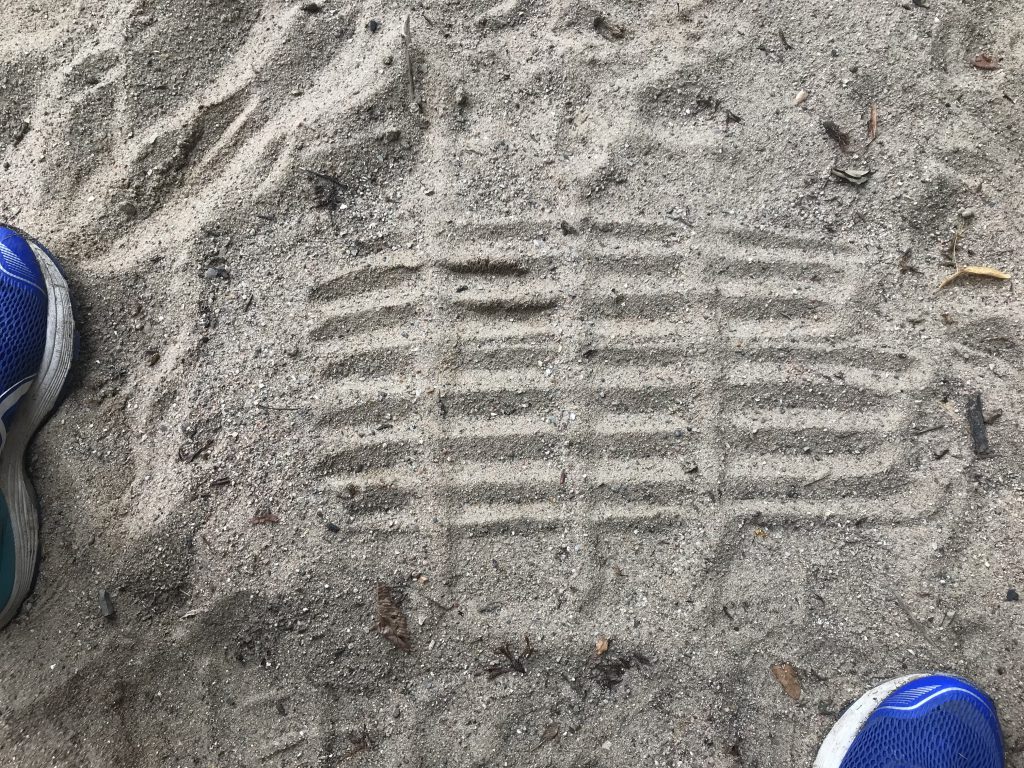 And if you look at this from a smaller angle, you see that the areas where wave crests meet are highest — the typical interference pattern of waves. 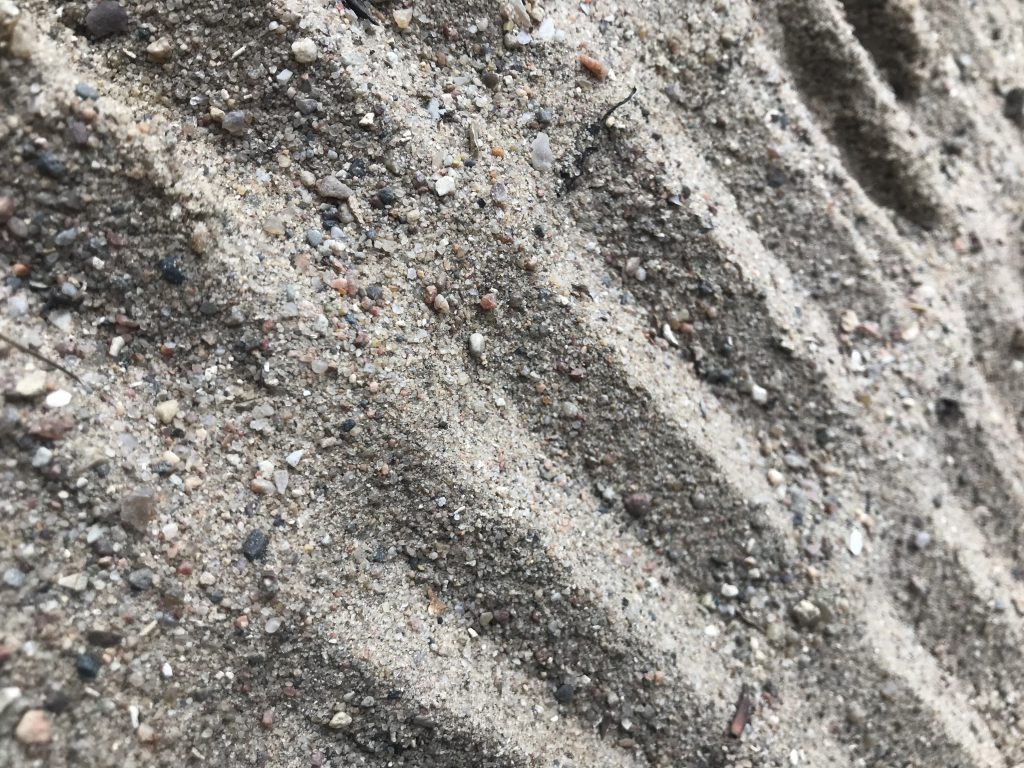 But even with less effort, cool things can happen: See below my “ring waves radiating out from a point source” model. 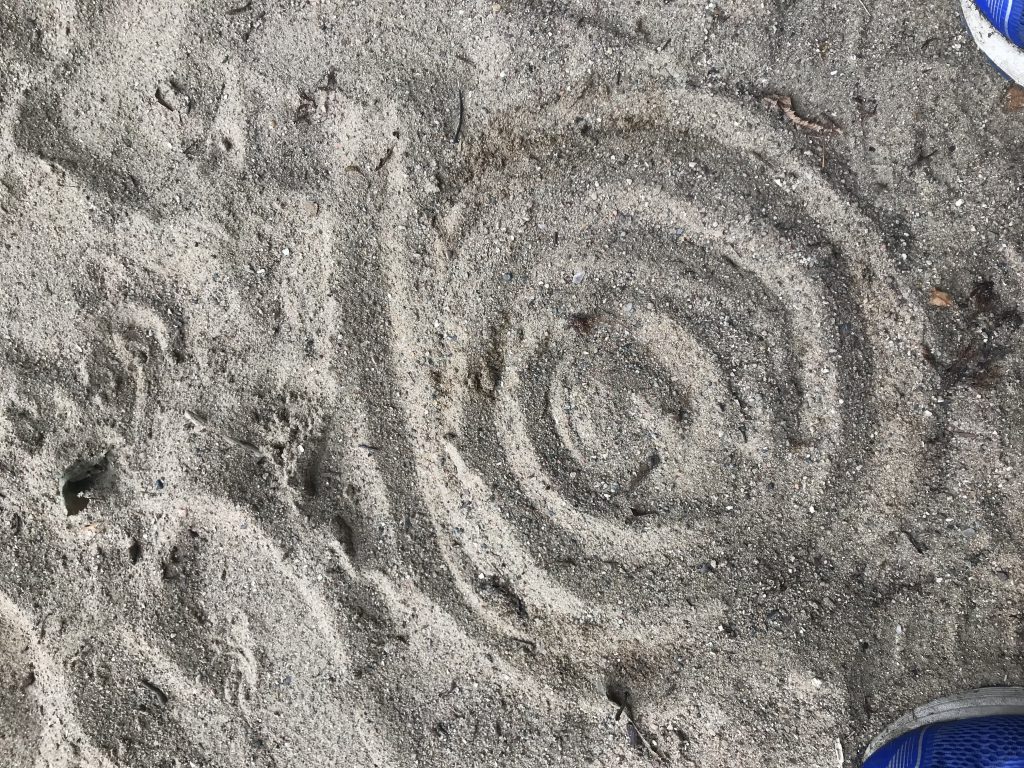 This was definitely fun and actually a lot more educational than I would have expected, even for me as someone who has been thinking about waves a lot over the years. When representing wave fields, there are so many things to consider and you actually need to observe fairly carefully (or understand the physics really well) to be able to represent a snapshot of a moving water surface. So I see tons of potential here (especially since you don’t even have to do it in a sandpit, you could do it at the beach where you can observe waves simultaneously!), now I just need to figure out how I want to include it in a bigger concept. But such a cool idea, thanks Felipe!

What are you thinking about now? Do you want to start doing your scicomm in a sandpit, too? Any suggestions for me or ideas that might inspire new things?