Do you remember how I started experimenting with an app that made sketches from photos to see if reading waves might be easier from sketches than from photos? (Btw, approximately half of the answers on whether or not sketches are easier to read than pictures were along the lines of “YES!!!! DEFINITELY!!!” and the other half were like “NOOO — DON’T DO THAT TO YOUR PICTURES!!!”)

That only happened because I saw something really cool that Petra Langebroek was testing in preparation for the outreach she was planning on doing from her expedition to central Greenland, and since I thought it was so cool, I had to download an app that could do the same, and then I fell into that hole of playing with the app…

Anyway. What Petra is doing is fascinating: From her expedition to central Greenland, she reports back using the Lego figurine “EastGRIPninja” and his scientist friends to tell the story of how science is done on top of the ice sheet. For that, she takes pictures of EastGRIPninja and his friends in real locations and lets them explore, and tell stories.

For example, EastGRIPninja gets a tour of the camp:

And that’s pretty cool — it’s not too often that I get a look into one of the domes! I don’t know what I expected to see inside, but definitely not this much plywood. And probably fewer flags, too. And (spoiler alert!) would you have guessed that they have a tabletop football game in there, too? 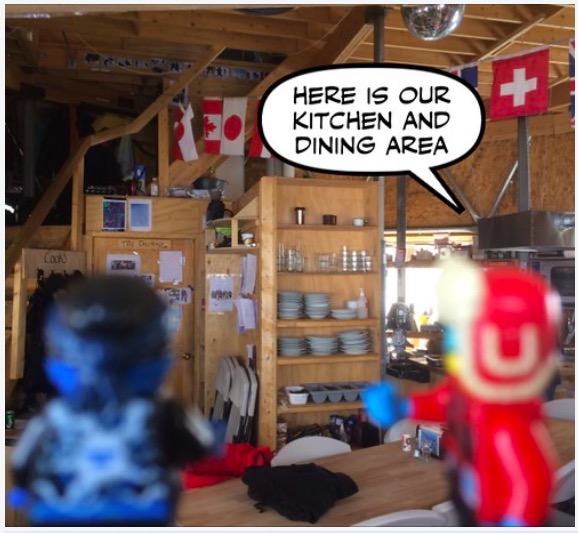 Also super interesting: How does going to the toilet work in the middle of the Greenland ice sheet? That’s something EastGRIPninja needs to find out fairly early on, too, and again, it’s something to do with flags. So if you are curious, you should go and check it out!

Petra says that the weather is bad right now and that she doesn’t know when they’ll be able to start drilling (and thus posting interesting science content). But there are so many questions that I have that can easily be answered in bad weather, for example:

And what are your questions that EastGRIPninja could answer?

Click on the image below to read the whole story (which is being updated pretty much daily, so remember to check back to see whether your questions have been answered and what else is going on!). EastGRIPninja, Petra and their team are still there until mid July and I can’t wait to learn more about their adventures! 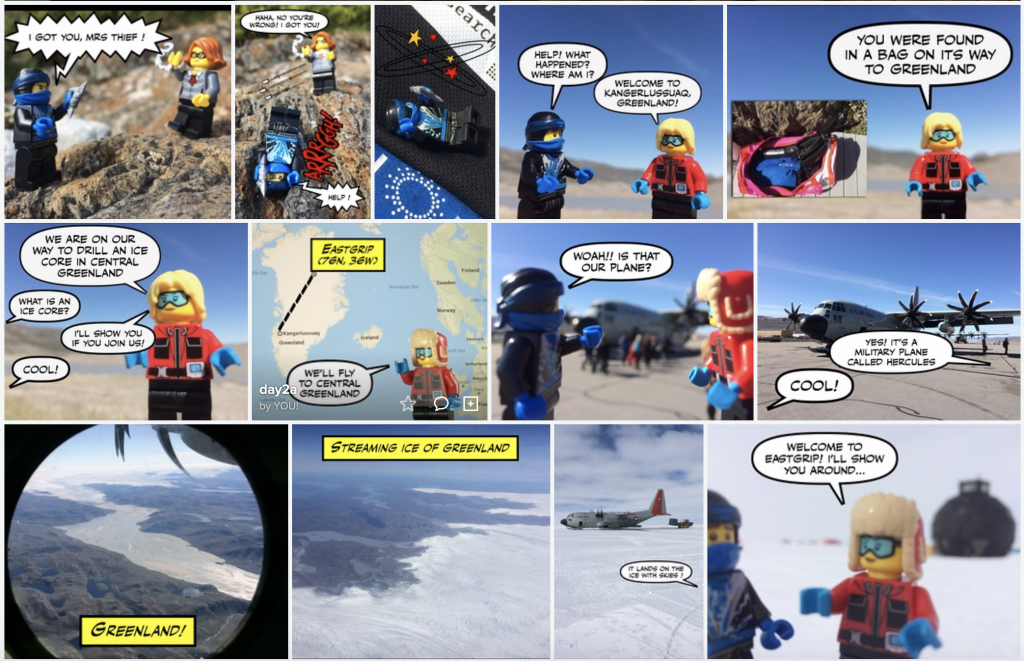