Last weekend, while wave watching at one of my favourite spots, I observed something curious.

Look at the movie below, this is what the turbulent wake of a ship usually looks like right behind the ship: As the ship moves forward through the water, it displaces water and right behind it, it creates a hole that has to be filled in again by water from behind the ship and from the sides. So right behind a ship, water is sucked towards the ship. So far, so good.

But now look, there is a ship coming out of the locks at Kiel Holtenau. 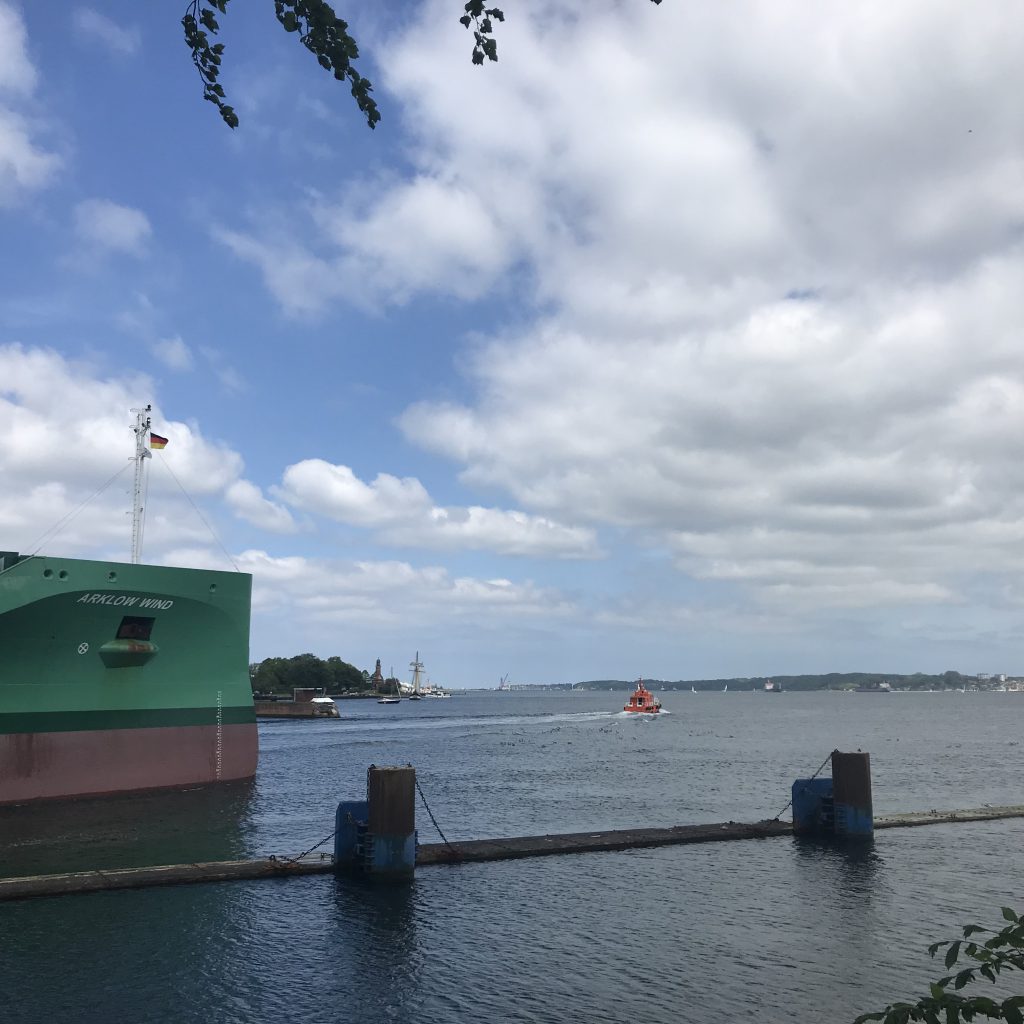 What that means is that it is pretty much coming out of a dead end, since, in order to keep the water level inside the Kiel canal stable, the lock closes it off from Kiel fjord at all times by either set of doors.

The wake of the ship looks pretty normal so far: 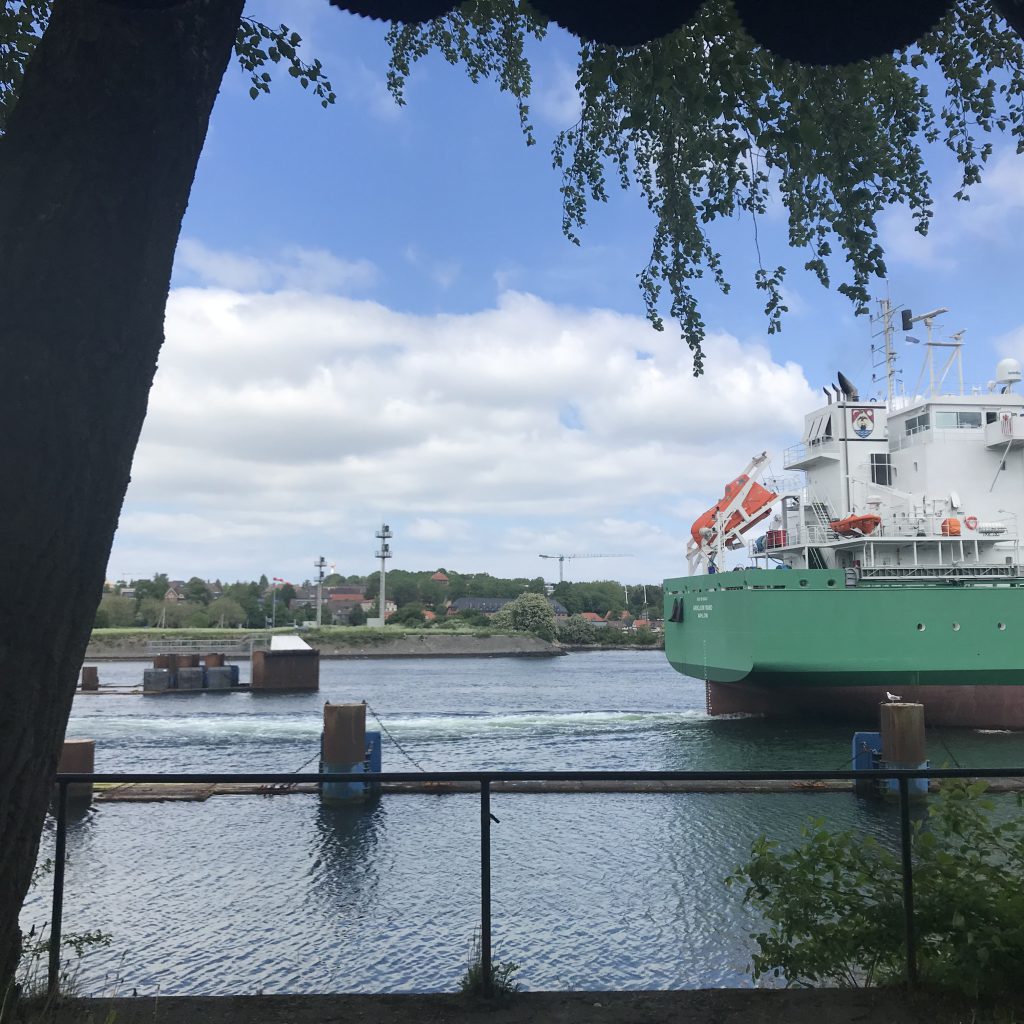 But any ship displaces a huge amount of water. The one above is 115m long, 19m wide and has a drought of 5.4m (according to my favourite app). That means that it displaces almost 12000m3 of water! And this water has to come from somewhere (otherwise the ship would leave a trench in the water where it went, much like your hand leaves a trench when you pull it through sand at the beach).

But since the ship is coming out of a dead end, there is only so much water that can fill in said trench from behind and the sides. So even after the ship has sailed, there is still water moving back into the narrow entrance of the locks!

See below: (Surface) water on either side of the wake is moving to the right, driven by the wind. But in the wake itself, water is moving left, still filling in what was sucked out of the entrance of the lock! And that for quite some time after the ship is gone. At the end of the movie below, the camera turns and you can see the (white-and-green) ship sailing away just to give you an idea of how long this is after it left the locks…

P.S.: Yes, I though about whether there might have been water pumped out of the end of the dead end to fill up the lock chamber again, but I don’t think that’s it. Do you?

Related Posts to "Ships displace huge amounts of water, and it doesn't come back immediately when they are gone!":