This might not be the kind of water that people usually like to look at during their lunch break — I admit, it does not look particularly inviting. But look at how much the mud can tell us about what’s going on in the water! 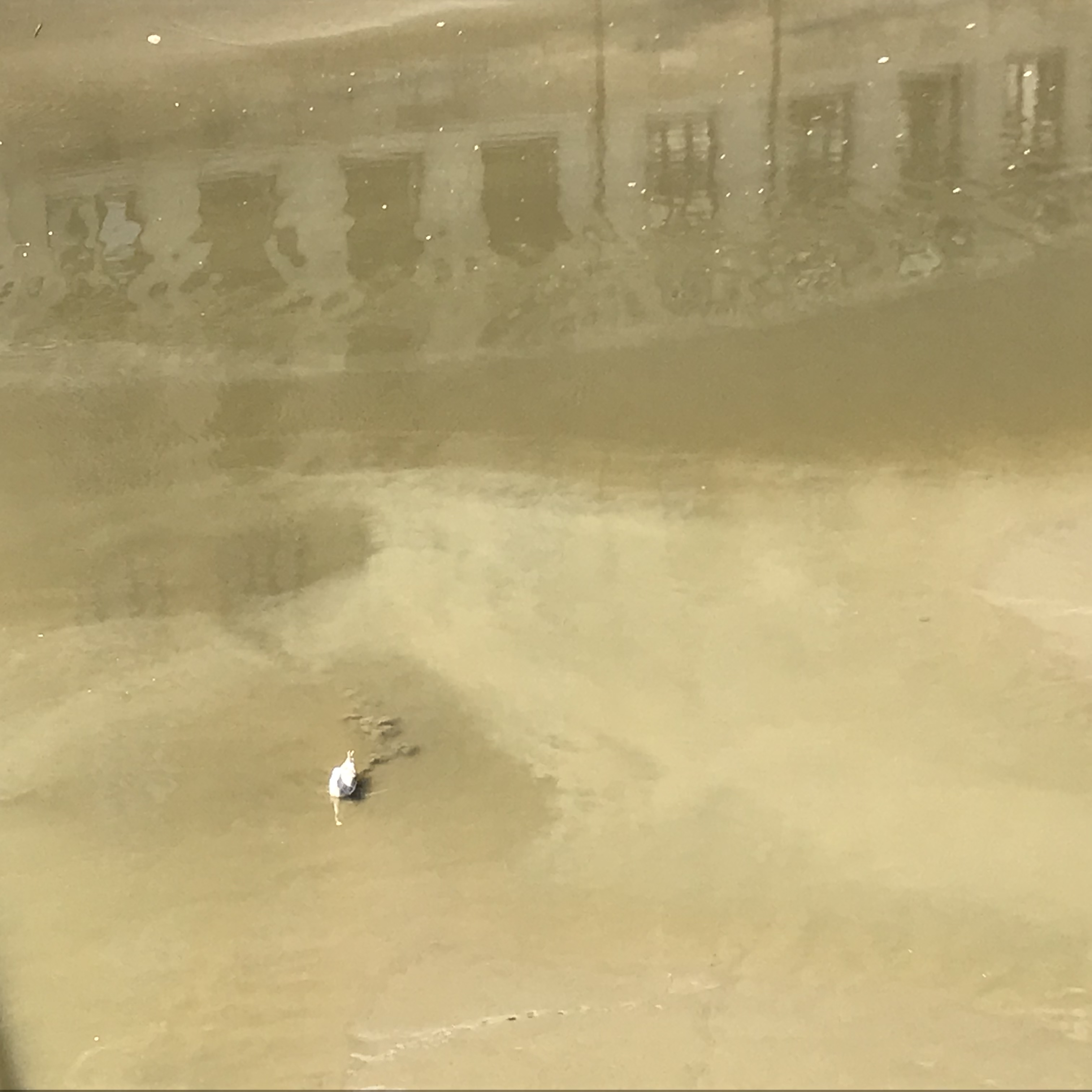 I love how the overexposed seagull is stirring up a muddy wake as it paddles through the shallow water. Would you have thought that it was THAT shallow and that a small bird paddling along would create such a mess? 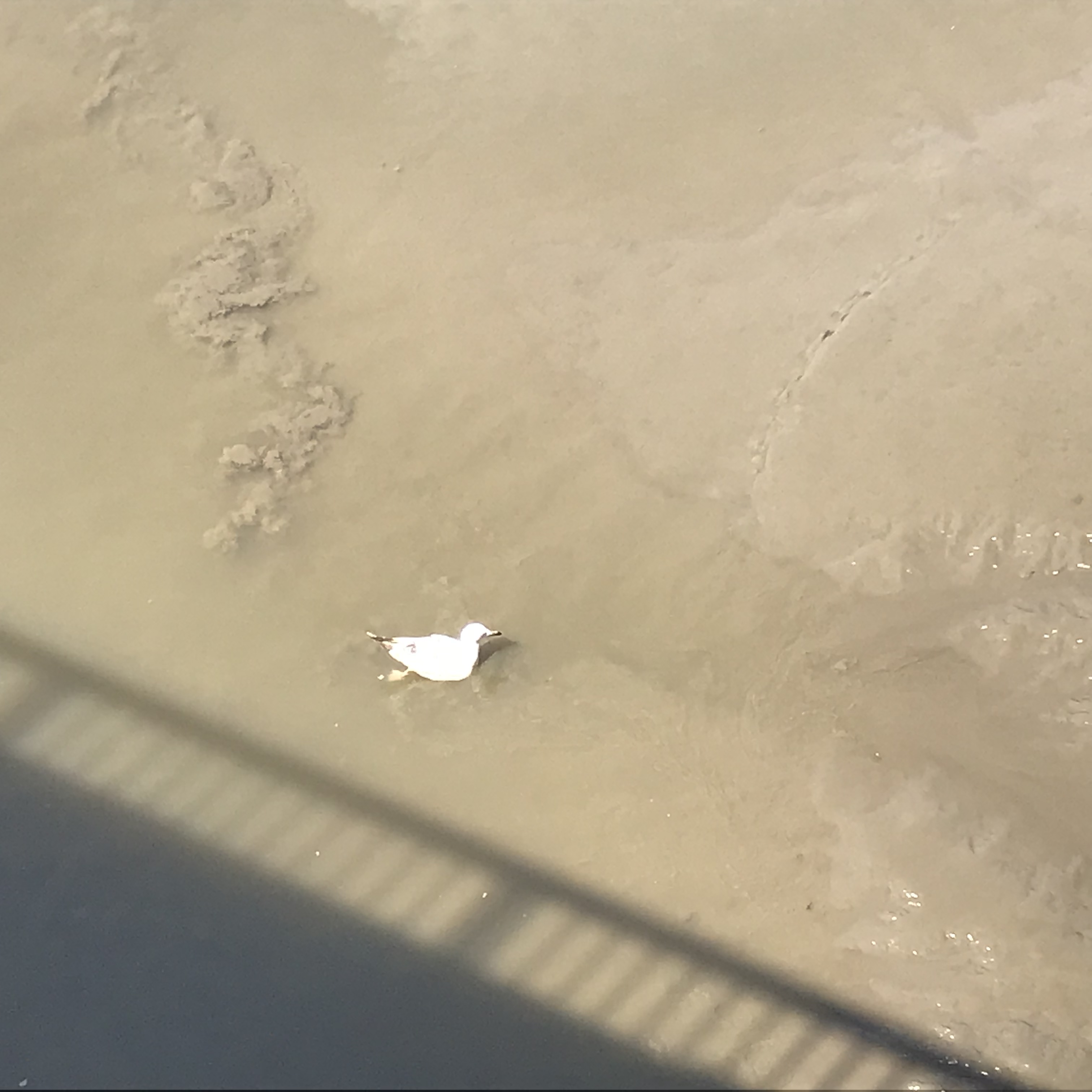 I love all the different kinds of structures in these pictures. The mud that has fallen dry and that shows all these canyon-like shapes where the water has run off. The mixing of waters with different mud concentrations, thus different colors. And then the muddy trajectory of the seagull. 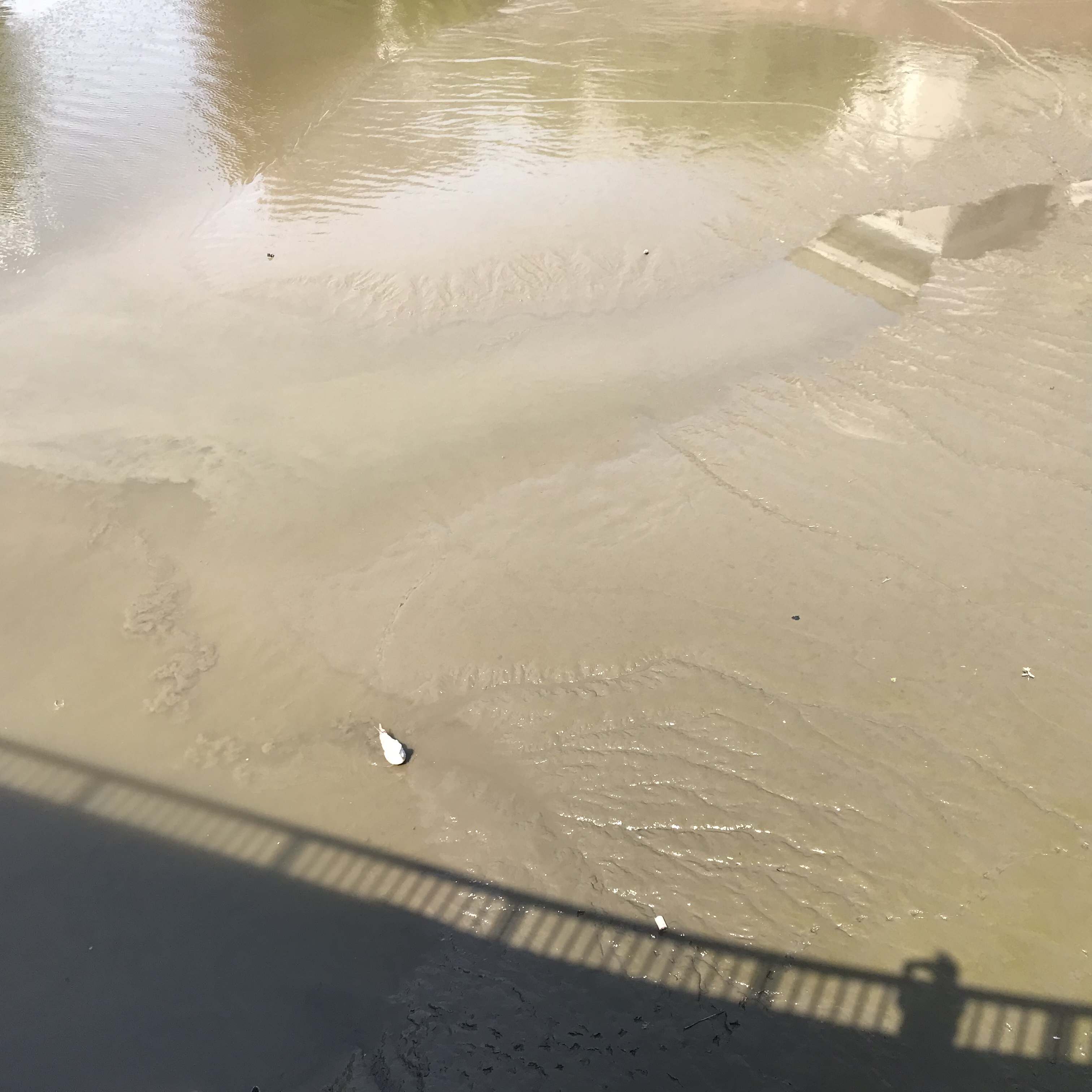 Focussing on the mixing of water masses: See the lighter, sediment-loaded plume flowing from somewhere to the right over to the lower left of the picture below? And do you notice how different the shear-induced mixing looks from the paddling-induced one? 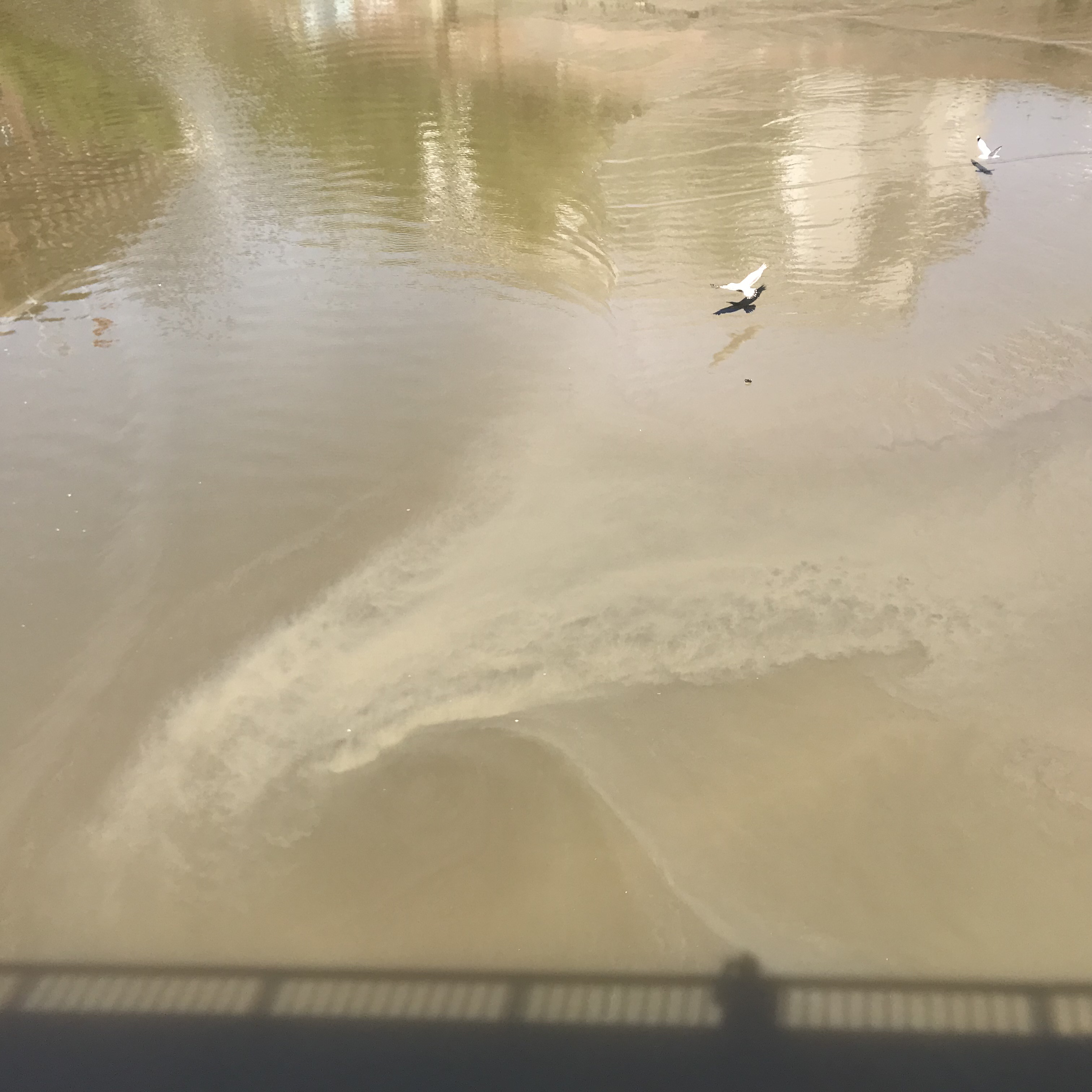 Here is the same spot again, only seconds later. See how dynamic the plume is, entraining clearer water as it flows along, eddying at its sides? 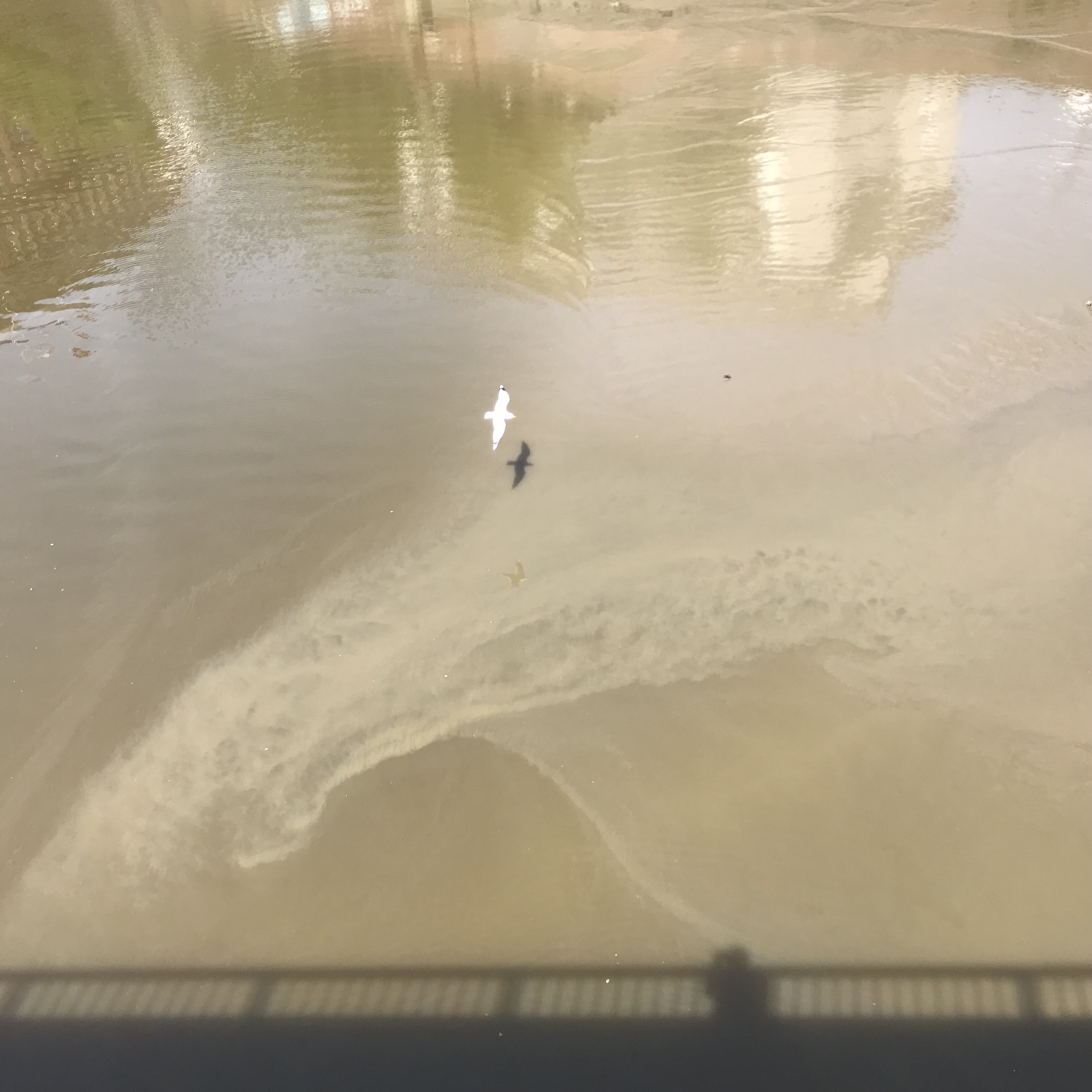 And what did you do during your lunch break? :-)

Related Posts to "Muddy water watching on my lunch break. Turbulence and all the good stuff!":