But not what you think!

I’ve been visiting the Port of Hamburg on all of my weekends recently. First when J&J&T came to visit and Torge described the huge thunderstorm, then more recently when Jenny came to visit. The Port of Hamburg is a tidal port with water levels changing approximately 3 meters between high- and low tide. Hence currents are pretty strong during ebb and flood and a lot is going on oceanographically speaking.

So Jenny and I were strolling along the water’s edge when suddenly we noticed a tug behaving strangely. 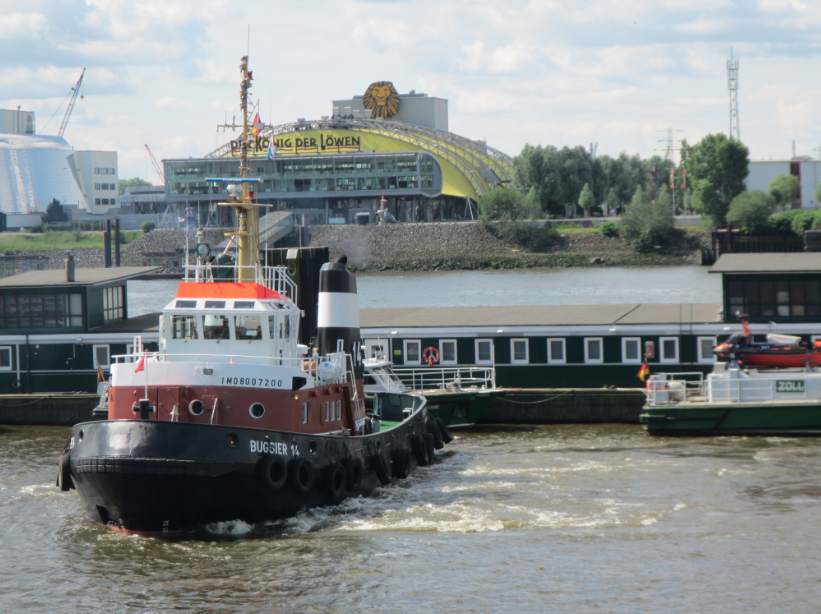 A tug in the Port of Hamburg.

It just sat in one place, but was producing a lot of turbulence for no obvious reason. 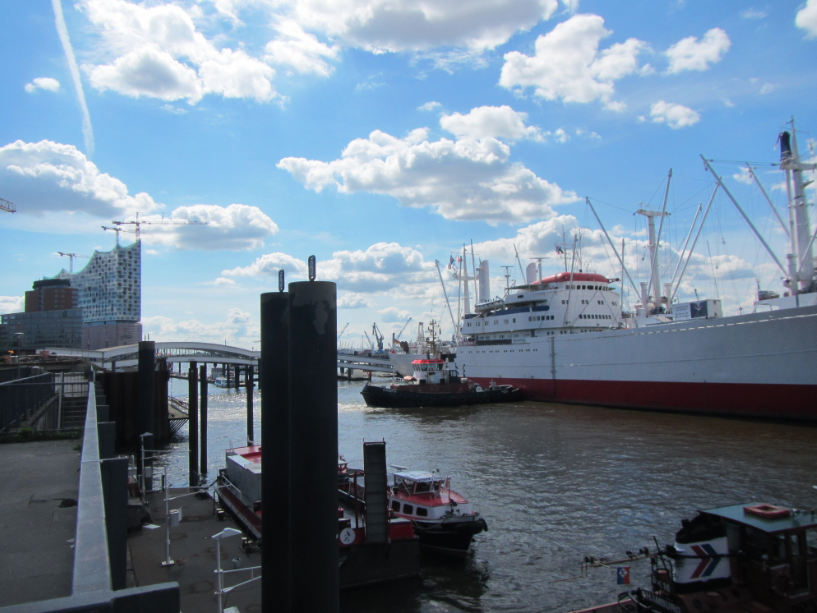 Tug pushing against the Cap San Diego in the Port of Hamburg.

Then, maybe 100 meters away, a second tug was behaving even more strangely: It sat flush against the museum ship Cap San Diego and pushed against it, producing again a lot of turbulence.

What was going on?

Anyway, clearly the tugs weren’t only producing turbulence, but also pretty strong currents. Watch the movie to see what kept us entertained there for quite some time:

Seeing the first boat being swung around so badly was pretty scary (and after that first one, the tug visibly tuned down the engine), but after having watched six or so little boats pass the tug, we lost interest and went on a boat ourselves to explore the harbor from a different point of view. So maybe 45 minutes later and a bit further downstream, we suddenly spotted the Cap San Diego! 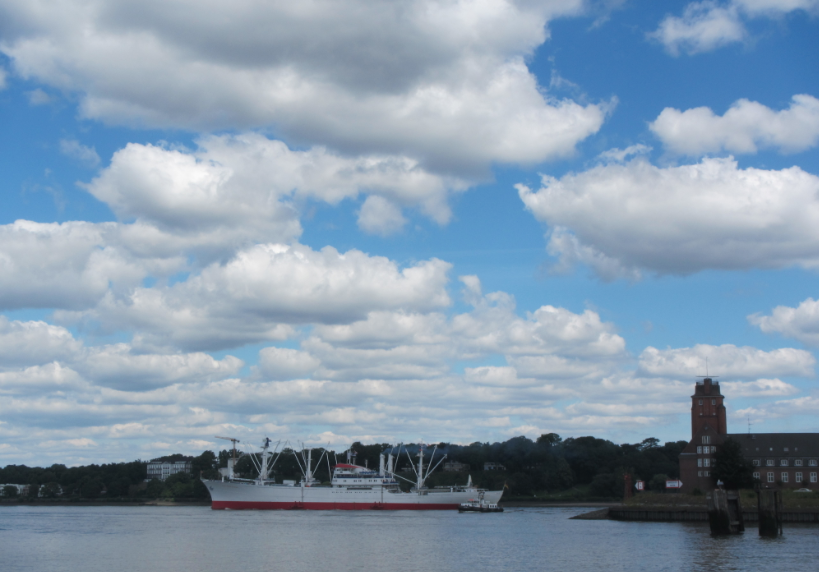 The Cap San Diego on the Elbe river, downstream of the Port of Hamburg.

I wasn’t aware this ship was still sailing – I had only ever seen it as a museum ship, moored at Landungsbrücken. But I have since learned that it does indeed still sail. If you pay enough, that is. Apparently a while back it was rented by my university for a practical, where students of ship building measured the propulsion and engineering students something else. I will have to make sure I’ll be on board if that happens again! 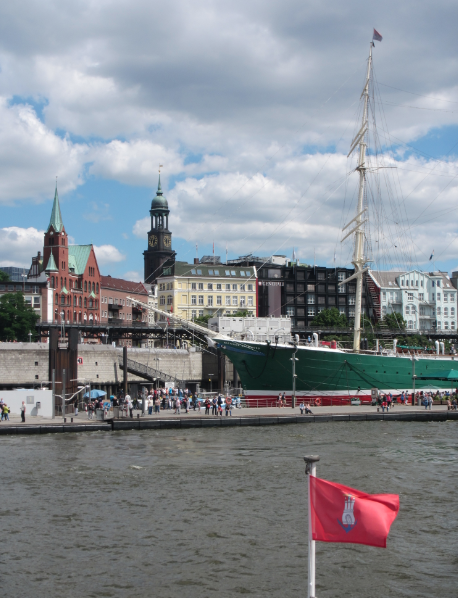 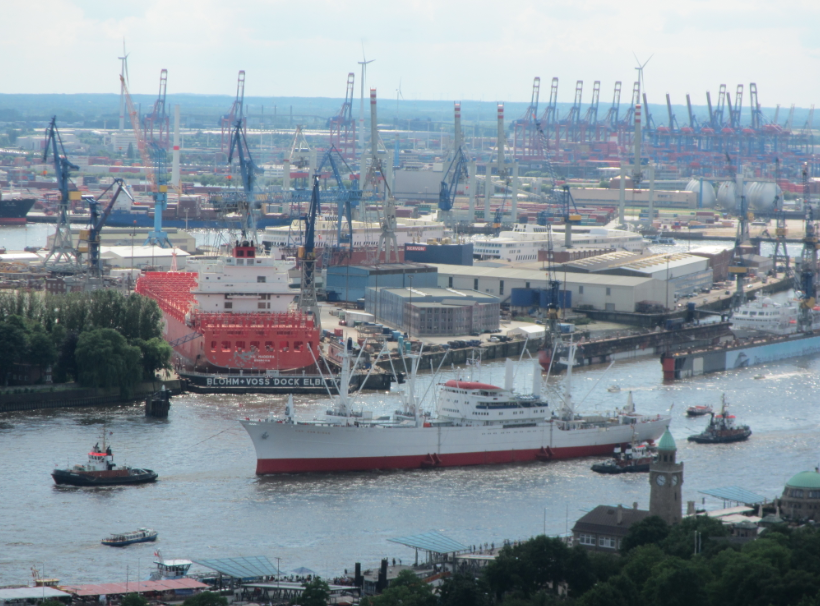 No thunderstorms this time, but Cap San Diego coming back into port!

Related Posts to "Currents in the Port of Hamburg":