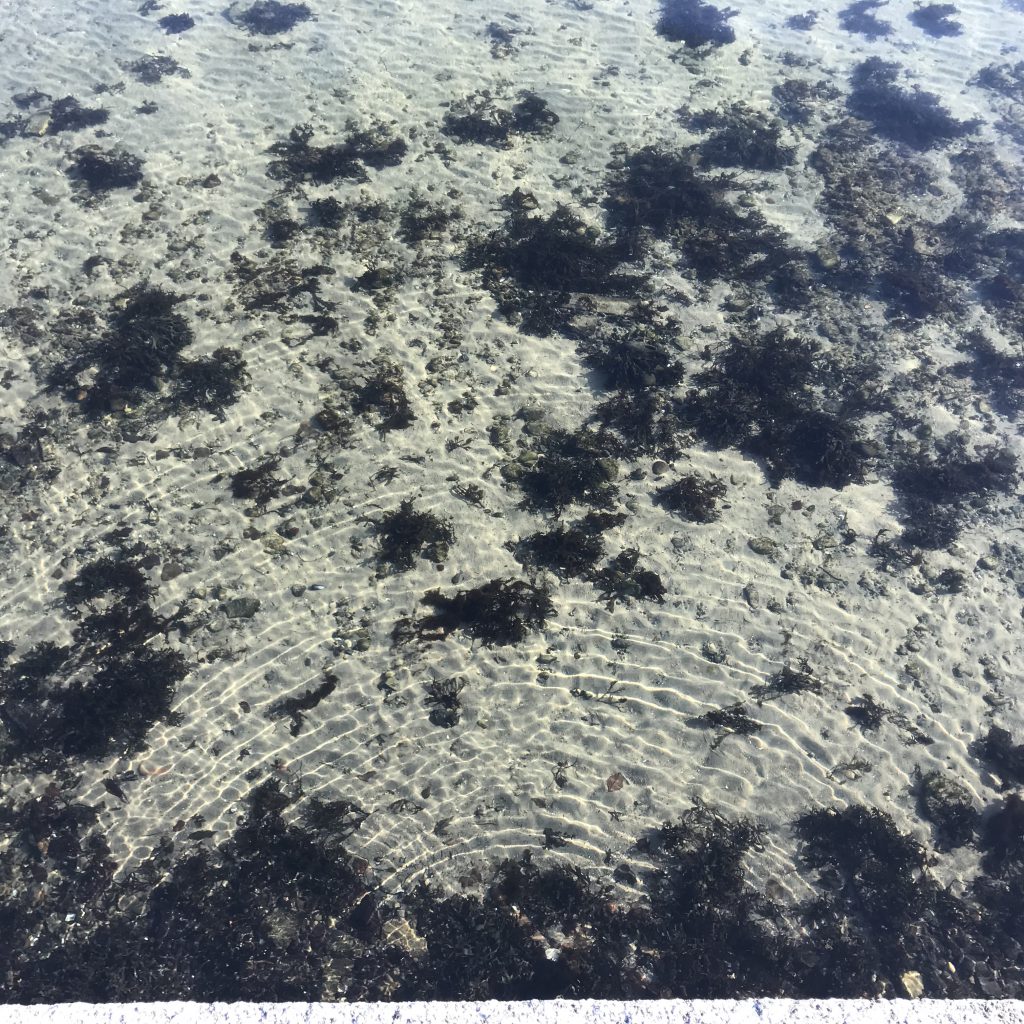 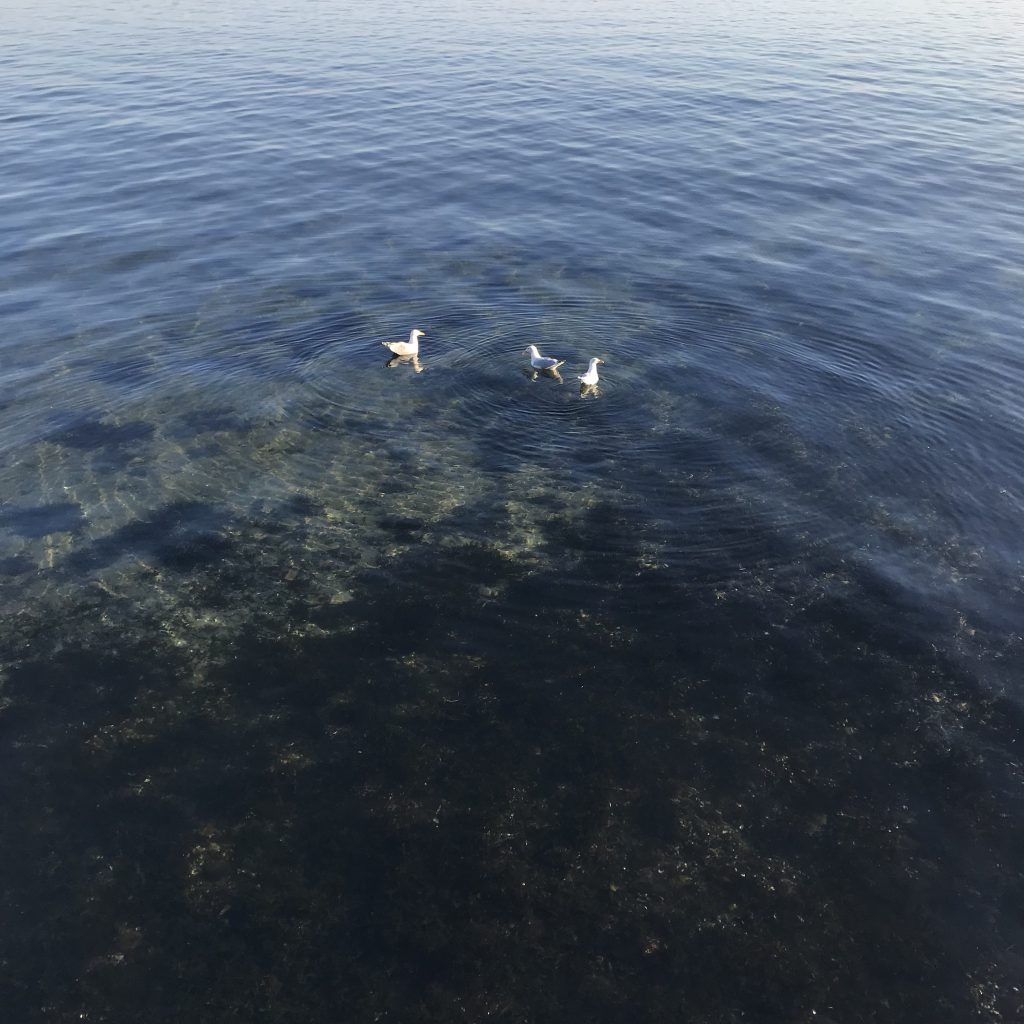 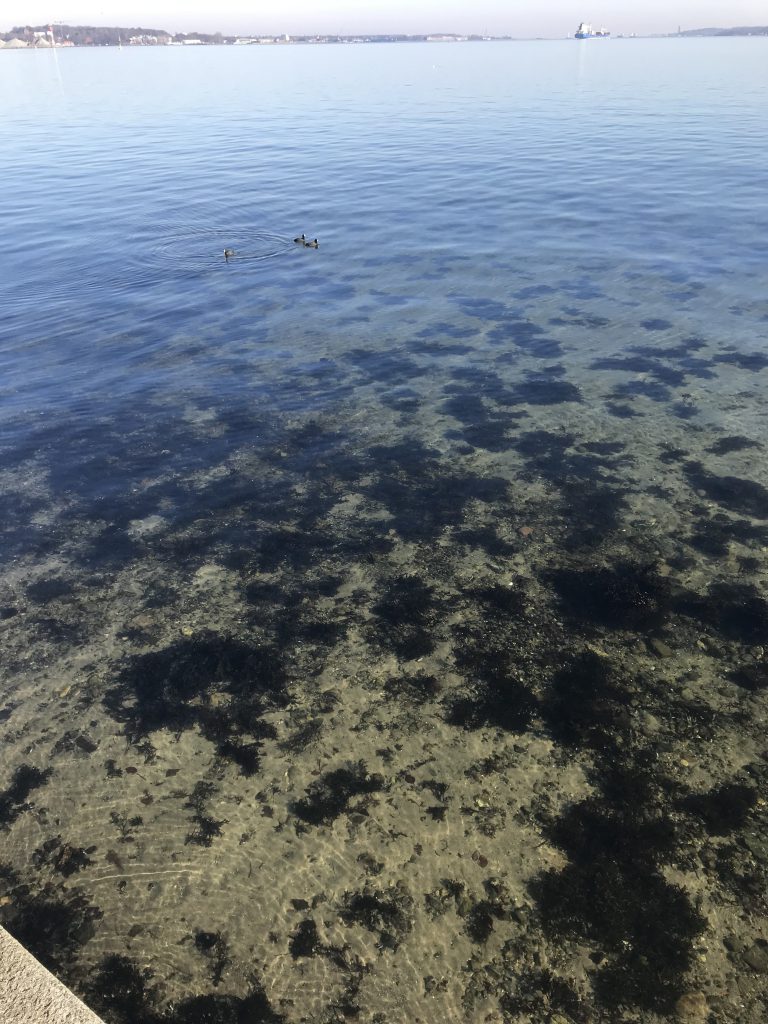 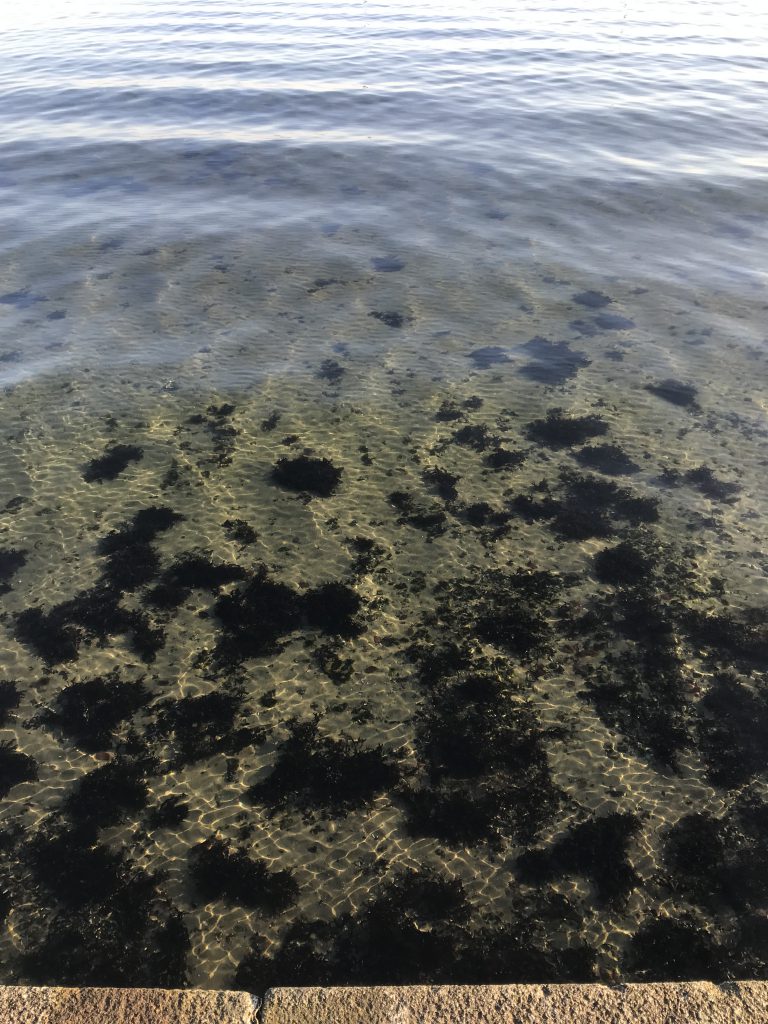 I’ve even talked about it on this blog before, but I find it still fascinating how every tiny droplet manages to flip the world upside down :-) I was waking along Kiel fjord one morning and noticed a stone “jump” on the ground as waves went over it (and actually, that observation was the motivation to dive into stuff from the last post, too).

I think the stone only looked so curious because the rest of the ground was uniformly sandy and hence didn’t seem to move.

So seeing that jumping stone made me want to draw the optical path, which I’ve animated for you here:

Funny. I think in physics class in school, I would absolutely have hated it had I gotten the task to draw all those different diagrams, and here I really enjoyed it. Maybe because of that jumping stone? Would the right motivation have helped me as a kid to get interested in this? I think it wasn’t that I was not interested in physics, but it would never have occurred to me to sit down on my own to sketch optical paths or anything like that. Now if I could figure out what changed for me, maybe we could use that to make other people interested in physics, too?

Looking at how light gets refracted when it enters water is always fascinating. There are a dozen blog posts on the topic on this blog alone, but let me talk about it again today.

In a 1908 article, Charles Judd (as summarised in Barnett & Ceci, 2002) describes an experiment where kids throw darts at a target submerged under water. Half of the kids, in addition to practicing throwing darts, are taught about refraction of light in water. While all kids do equally well on the practice task, the kids that understand the physics do a lot better when the water depth was changed. Why?

When the water depth changes, the target appears to be located in a different position than before. With shallower water, the target we see is a lot closer to the real location of the target. So kids that did not understand why they had to aim at a position off the target they saw to actually hit the target had a much harder time adjusting the way they aimed than those kids who actually understood what had changed.

But refraction is always cool to look at, even without throwing stuff. Here a picture from one of my very first blog posts (still in my house in Norway). Or from this blog post — a fountain in Sheffield:

Or a swimming pool in Lüneburg that appears a lot shallower than it actually is (from this blog post). Or a table that gets completely deformed when seen through a glass of water (from this post).

Is it only me or do other people sometimes also draw optical paths just for fun? ;-) Today I’m playing with the sun.

As I mentioned in the sun dog post already, I recently went on the ferry from Kiel to Gothenburg. And I had plenty of time to watch the sun rise and set.

One thing that kept me entertained for quite a while is to squeeze the sun through the imaginary eye in the mast: As the sun moved behind the mast (or as I moved in front of the mast, whatever), the sun seemed to get pinched in while passing.

Watch the video below to see the whole thing in action:

Also highly entertaining: Watching how the sun eats into my finger tips as I bring them together in front of the sun:

Kids. If you try this at home, please make sure you only look at the sun on the display of your camera, never look directly into the sun…

Or more reasons for why I want to live in a lighthouse.

I have always been fascinated by lighthouses. Always. Usually because they are built in the most wonderful places and I would just love to live there. For example one near San Francisco that has this view: But then also because they can cast their beams of light over such long distances, even though they look perfectly harmless during daytime: Close-up of the same lighthouse as above

So this is what the inside looks like (pictures taken at the ThinkTank science museum in Birmingham, UK): The insides of a lighthouse

And the whole thing is only lit by a tiny lightbulb! And there is just a tiny light bulb on the inside!

I have a Fresnel lense that I’ll play around with soon, so stay tuned for more on cool optics! :-)

I just happened to notice this the other day, so I thought I’d take a picture and share it with you. 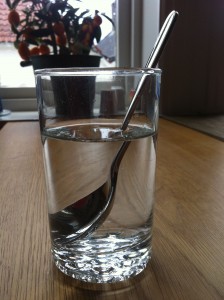 It is amazing how much more aware of everyday things that can be used to illustrate concepts related to oceanography I have become since starting this blog! This is so much fun! :-)