Occasionally working from home is awesome for many reasons, but mainly because I can use the time usually spent on commuting on … wait for it … wave watching. With my cup of coffee so I can warm up my fingers in between taking tons of pictures. 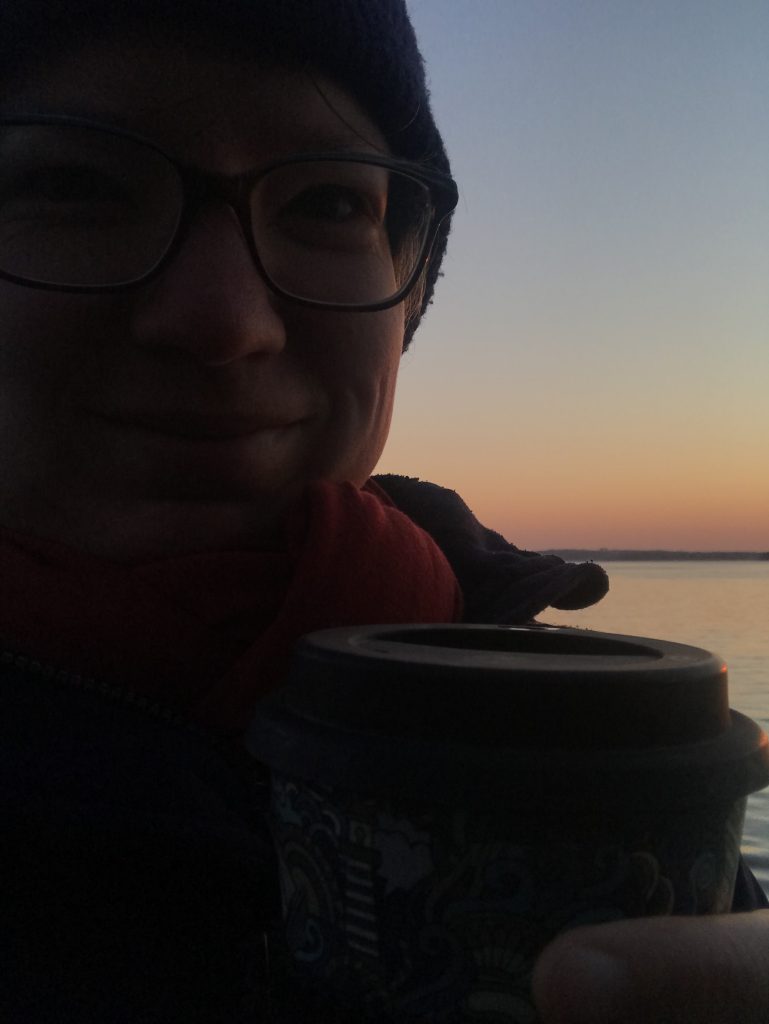 But I just love it. See below how the seagull is making waves where it is swimming, but is surrounded by a much larger circle, too, that it started when it landed on the water? 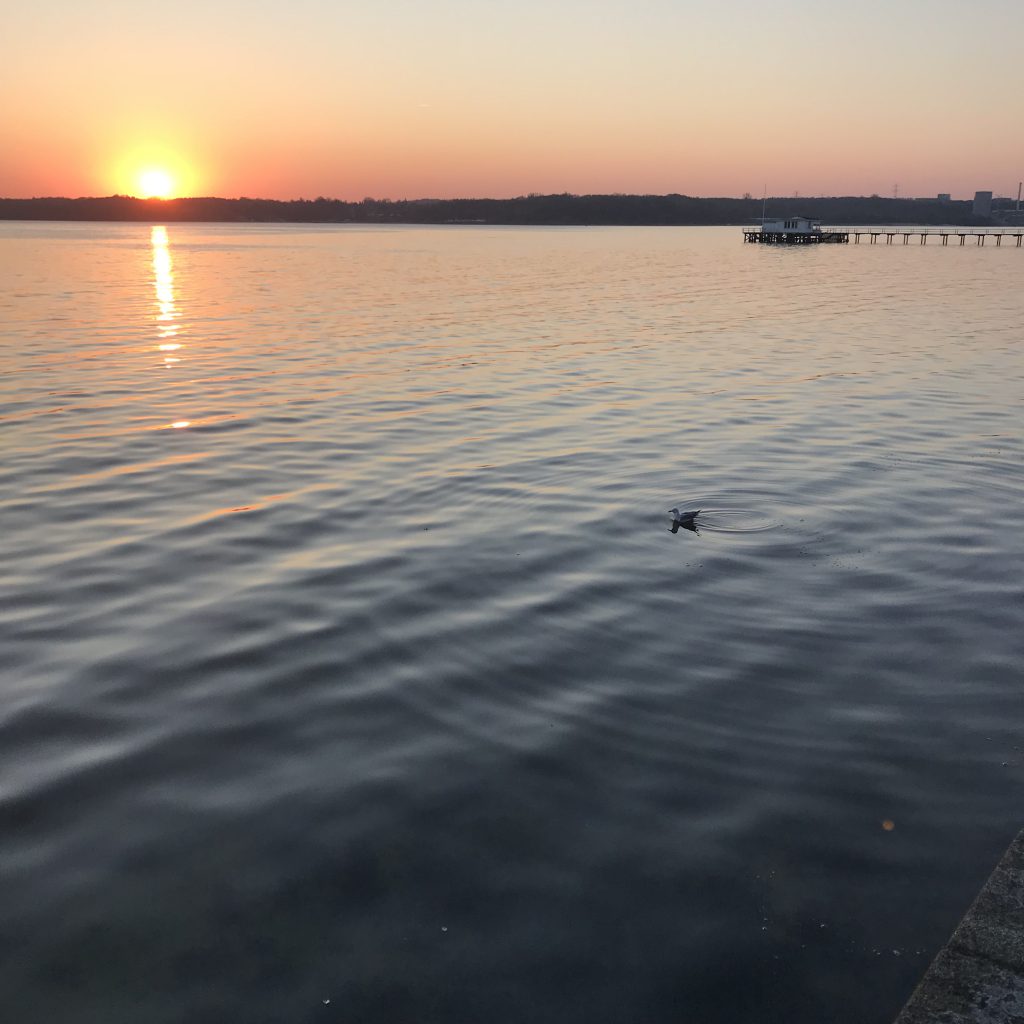 And especially gorgeous in the morning light: The reflections of sunlit structures on the water. The pier you see above gets distorted into something like this:

And if you look closely, you see the ring waves radiating from where the pylons disturb the water surface as waves go by.

I absolutely love to watch how the much longer waves can cause these ring waves with such a short wave length, and how they are deformed again by the waves that caused them. I can look at this for a long time without getting bored, it is so calming to me! Especially in the early morning light. 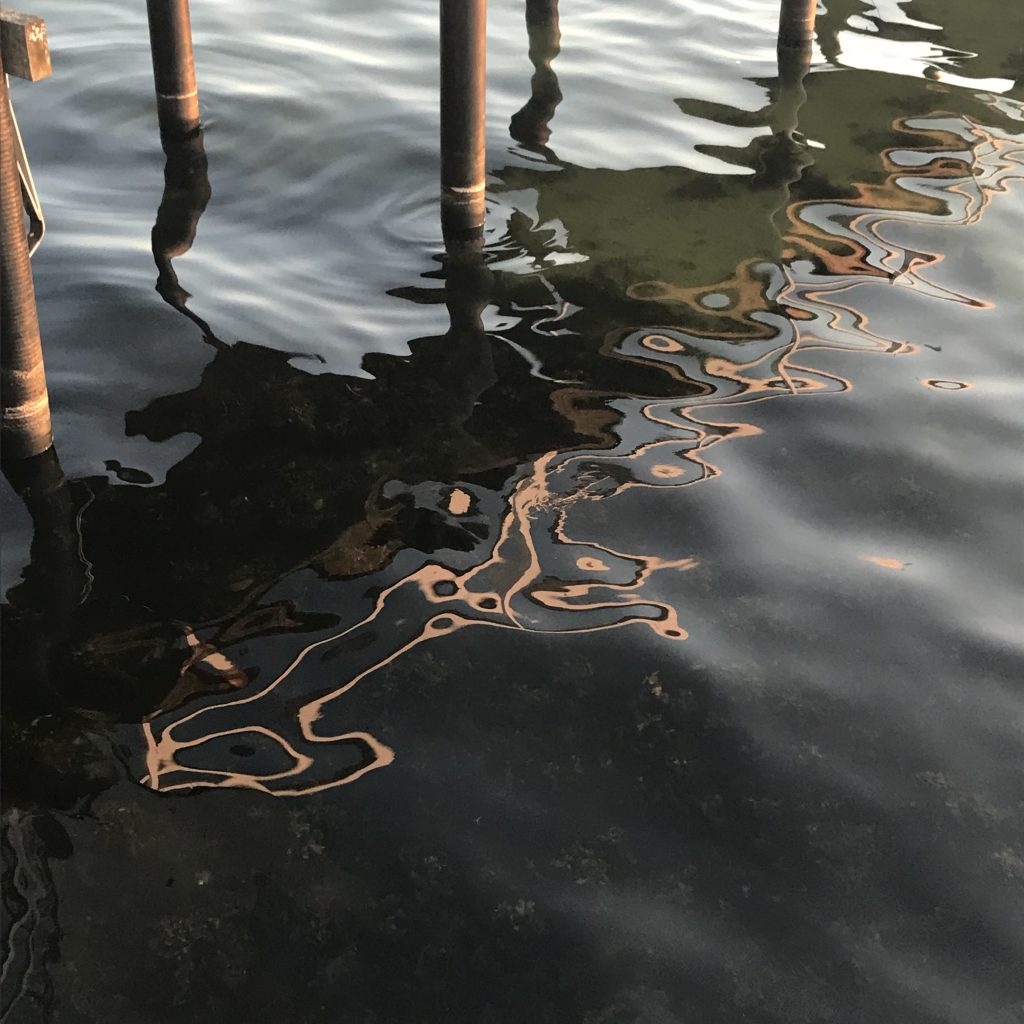 But anyway, time to start working. Have a great day everybody!