One of my favourite phenomena right now is desublimition, or deposition: The phase transition of water vapour to ice that doesn’t go through the liquid phase. It happens when moist air is cooled below the dew point and condensation doesn’t occur spontaneously: When the supercooled water vapour then gets in touch with a cold surface, it turns to ice immediately. And the results are incredibly beautiful! These pictures are all from a trip I took with my godson and his family to Möhne Reservoir, the largest artificial lake in western Germany. You can see we were actually on a shore: What a surreal mixture of shells, leaves and frost flowers. Getting closer, we were almost afraid that we’d encounter dementors there. We could feel it getting a lot colder, and there was frost on the shore and ice on the water… Spooky :-) Frost flowers on ice cream. You must have seen them before: They sometimes occur when you’ve had some ice cream, put the left-overs back in the freezer, and take them out again. And there you have it: Water-ice crystals all over your lovely ice cream! Completely annoying because, obviously, they only taste like water and mess up your whole ice cream experience (or is that only me)?

You know I’m kinda fascinated with ice crystals on frozen blended strawberries, but last time I had some, there weren’t only crystalline structures, but there was frost on it: 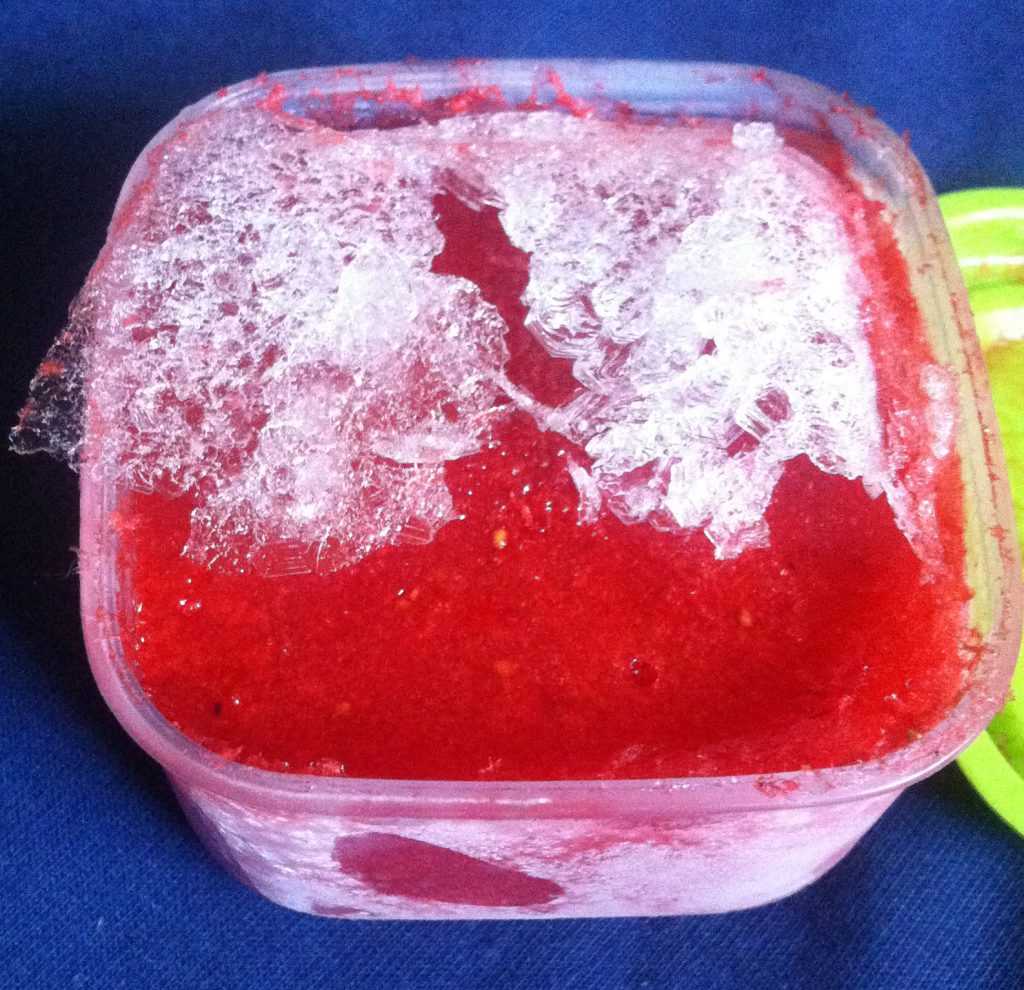 Frost occurs when water vapour freezes without going through the liquid phase. Look at the awesome crystals! 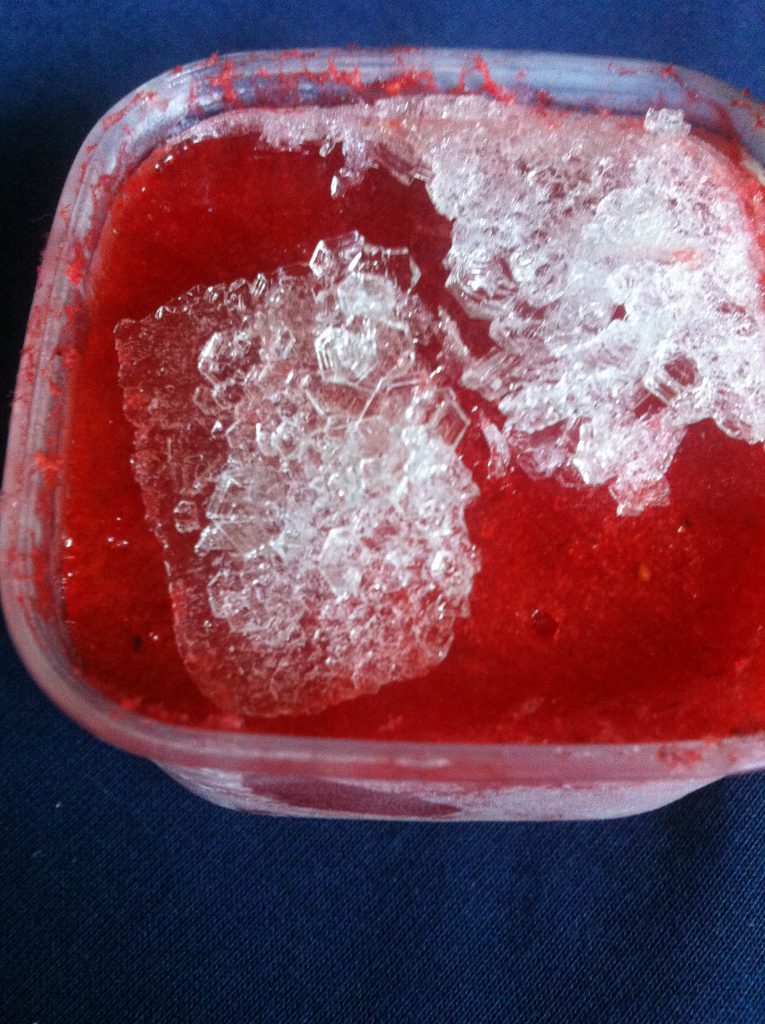 Once I started thinking about the process that formed the ice and realised that those were actually frost and not just ordinary ice crystals, they all of a sudden stopped being annoying and instead became something that I kinda look forward to finding when I open a tub of my frozen blended strawberries. Because the structures are different every time, and really really pretty! And also how awesome is it to know that those ice crystals formed from water that wasn’t even liquid? Yes, this is the kind of stuff that makes me happy! :-)