When I wrote the two previous posts, I had known cartesian divers for a very long time in many contexts, for example as something that is routinely used in primary school teaching. While I was aware that developing a correct physical description of such a diver is challenging, I assumed that everybody had an intuitive understanding of how a diver would react when pressure was applied on the bottle. To me, this is an experiment that I would use to demonstrate the different compressibilities of air and water, assuming that everybody can imagine what happens if the density of a floating body changes.
Turns out my assumption of what people intuitively understand was way off. In the paper “Helping students develop an understanding of Archimedes’ principle. I. Research on student understanding”, Loverude, Kautz and Heron talk about difficulties university science majors have with hydrostatics. Of seven volunteers who were interviewed, who had all completed their instruction in hydrostatics and all reported course grades at or above the mean, all but two predicted that the diver would rise as pressure was applied to the bottle. And none of the students could account for the observation that the diver sank!
Now I’m wondering at which point the students’ difficulties arise. Is it that they don’t know about different compressibilities or is it at a much more basic level? From the study mentioned above it seems that students don’t appreciate the tiny density range (where calling it a range might already be over-stating it) in which a body can float in (non-stratified) water without swimming at the surface or sinking to the ground. In a way this makes sense – most of the time that we look at water in a way comparable to how we look at a cartesian diver (i.e. through side walls so we are looking at a depth section of a non-stratified fluid), we are actually looking at aquaria where fish float in very similar ways to the cartesian divers. But we never stop to think about how floating and adjusting depth in a fluid is actually quite an achievement. Which we see when the fish die and first float at the surface and then sink to the bottom…
In any case. If it is the case that students don’t appreciate how rare it is for something to float in a fluid, then showing a cartesian diver might even be working against us by reinforcing a perception that is harmful to the students’ future understanding of hydrostatics. Or we can use the divers in a different way – have students build them themselves, so that they need to fiddle with them to adjust their initial density until it is just right, before they start working in the way shown in the previous posts. I think this is a thought I want to develop further… So stay tuned!

Guess what my mom told me when we were playing with cartesian divers the other day? That orange peel works really well as a cartesian diver! Who would have thought?

And just because we like playing we tried both orange peel and tangerine peel. Watch!

Funnily enough, they behave very differently. While the thick orange peel works really well, the much less thick tangerine peel very quickly looses all the air bubbles and hence the buoyancy and the ability to adjust buoyancy. So if in doubt (and not interested in extending the experiment to a lesson in contrast and compare) – oranges are the way to go!

Compressibility of water and air.

Today I want to talk about the different compressibilities of water and air. Actually, no, I just want to show you an experiment. One way to visualize that air is a whole lot more compressible than water is to look at cartesian divers. You probably know the fancy ones as shown on the far left of the picture below that you typically find at Christmas Markets or high-end (i.e. nerdy) toy stores.

But, as you probably guessed already, this post is about making those divers from scratch. You probably know that you could just use those old-fashioned eye-drop pipettes, or normal plastic pipettes. But how boring is that? (Plus how much material do you need when doing this experiment with a big class!) All you need is shown in the image below: Straws, scissors and paper clips. 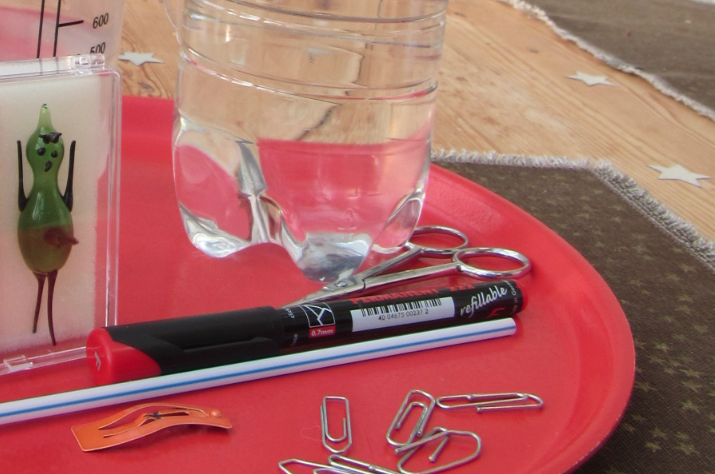 Some of the more complicated instructions tell you to cut a piece of straw and put modeling clay on top to seal it, but I’m lazy. A much simpler version is shown here: Bend a straw, cut the long end, close the two ends together with a paper clip (also helps as added weight to adjust the buoyancy of the diver) and there you are! 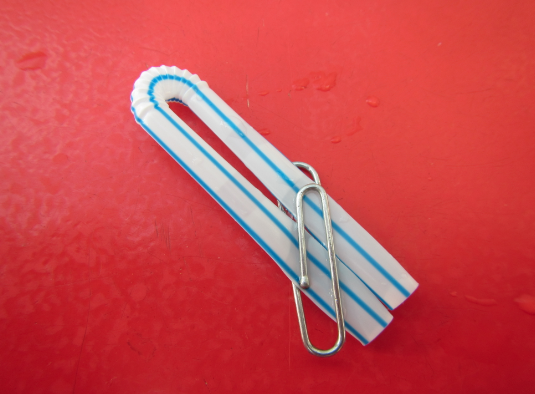 How does that homemade diver dance? Watch the movie below:

So how do the classical cartesian diver compare to homemade one?

So we see that while both of them dive up and down, they don’t behave exactly the same. And if we were using this experiment in class, we would now talk about how this is due to the different volumes of air in the two divers, and the different densities of the structures themselves. But what I find much more important right now: My diver doesn’t turn as nicely as the conventional one! So what is one to do? 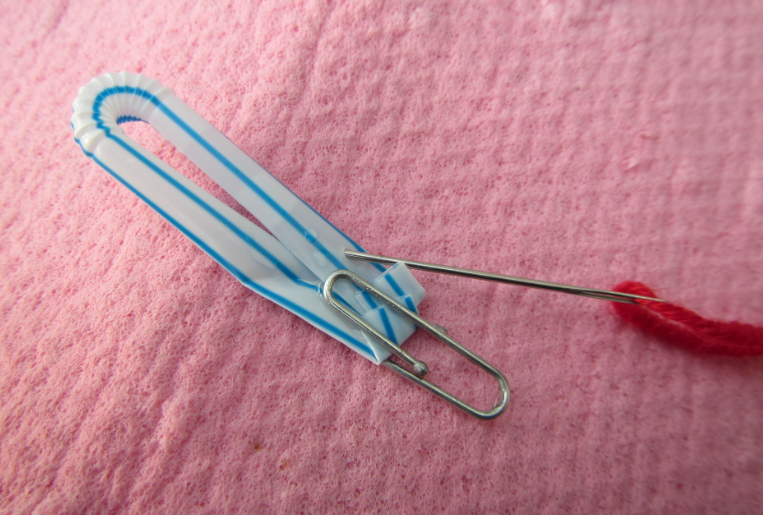 Exactly. Poke a hole in it. Let’s find out if that did the trick?

Almost as nice as the glass diver, no? So now start playing and send me movies of your divers! :-)