A #friendlywaves post: you send me the pictures, I talk about physics! Today: My friend A sent me these lovely pictures from Lofoten, knowing I love wave watching. And there is so much to see!

Let’s begin with the picture above, where we are looking out over the stern of a ship towards a bridge. There are two different kind of things that jump out to me: The ship’s wake and the tidal current.

The ship’s wake consists of two parts: The turbulent wake we see right in the middle of the picture, behind the A-frame crane (in between the red lines below), and the feathery V-shaped wake (some of the individual “feathers” are marked in green).

And then there is the turbulent backwater behind the bridge’s pylons that’s caused by the tidal current going through underneath the bridge. Pretty cool, isn’t it? 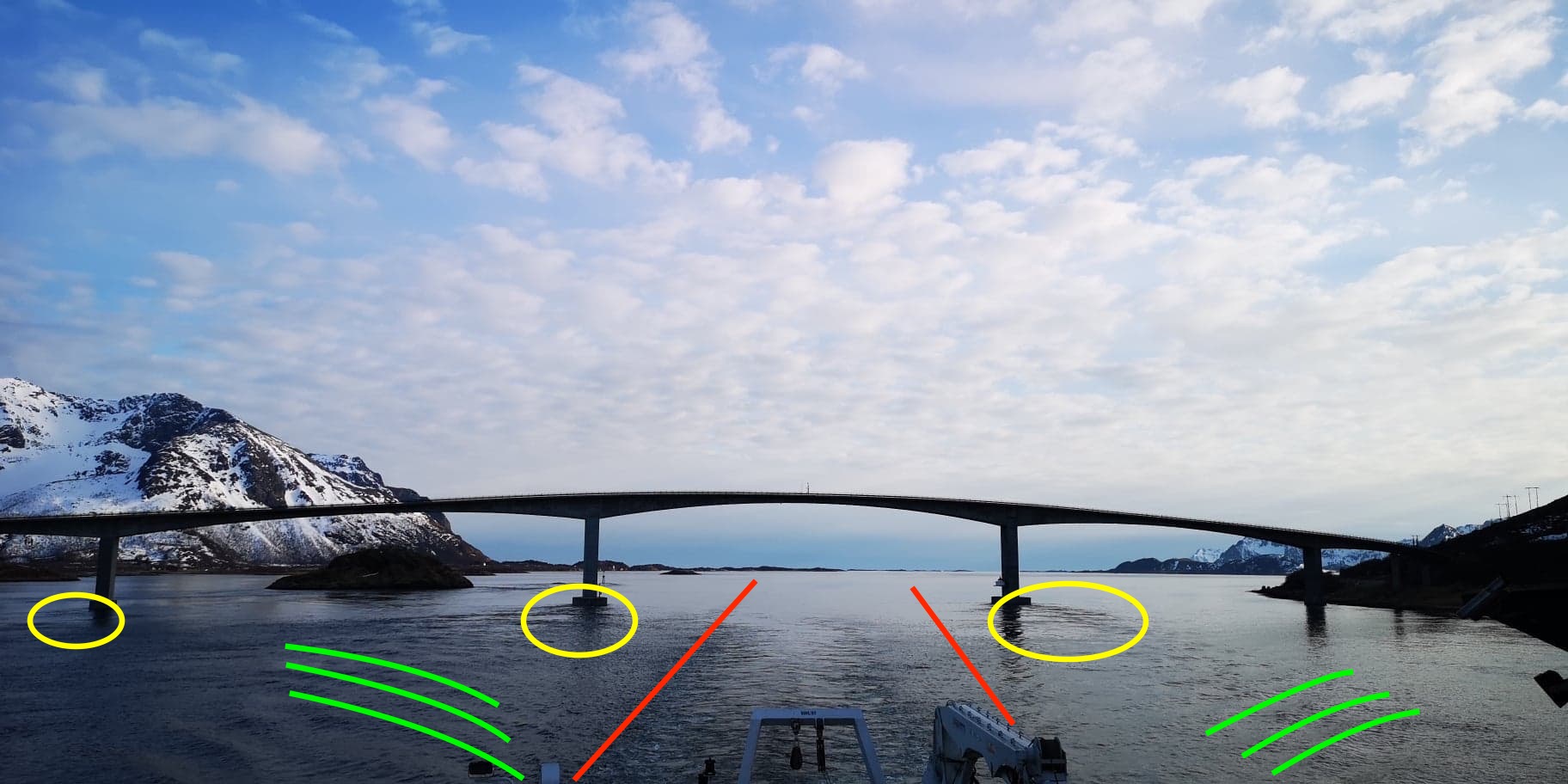 And now on to the next picture, that is one of the most beautiful wave pictures I’ve seen the last couple of weeks: Now we are sailing in the wake of a second ship. 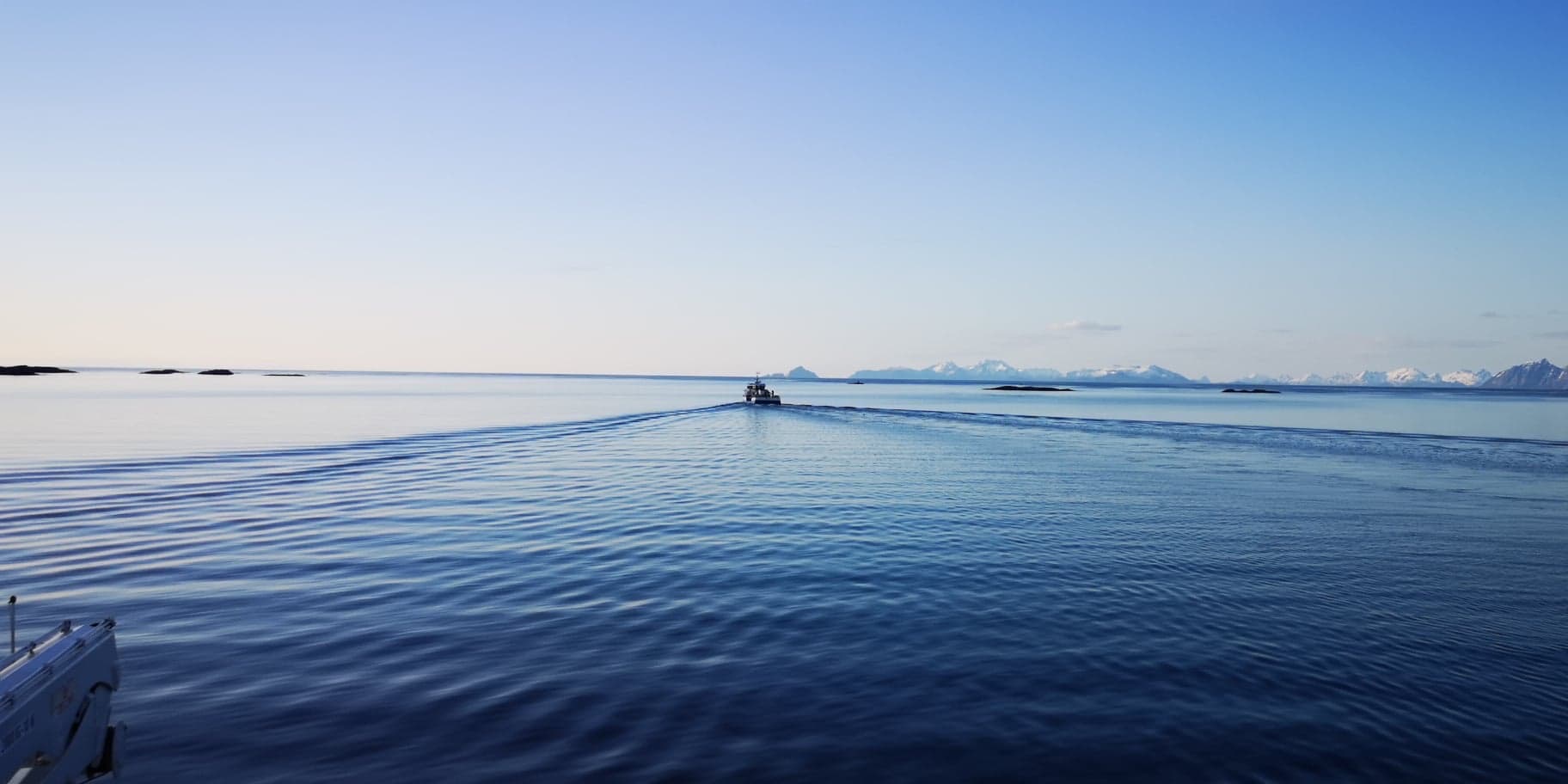 We are following the other ship a bit off to the side, therefore the perspective is a little confusing. Between the red lines, we see the other ship’s turbulent wake. Additionally, it has an interesting V-shaped wake that actually consists of two stacked Vs, a bit like this: <<

One of the Vs is the actual bow wave radiating from where the ship’s bow cuts through the water, the second one detaches further backwards from the ship. Both Vs are marked in dark green below. But to the left of the picture, in light green, I marked some of the individual “feathers”, wavelets that make up the V-shaped wake. 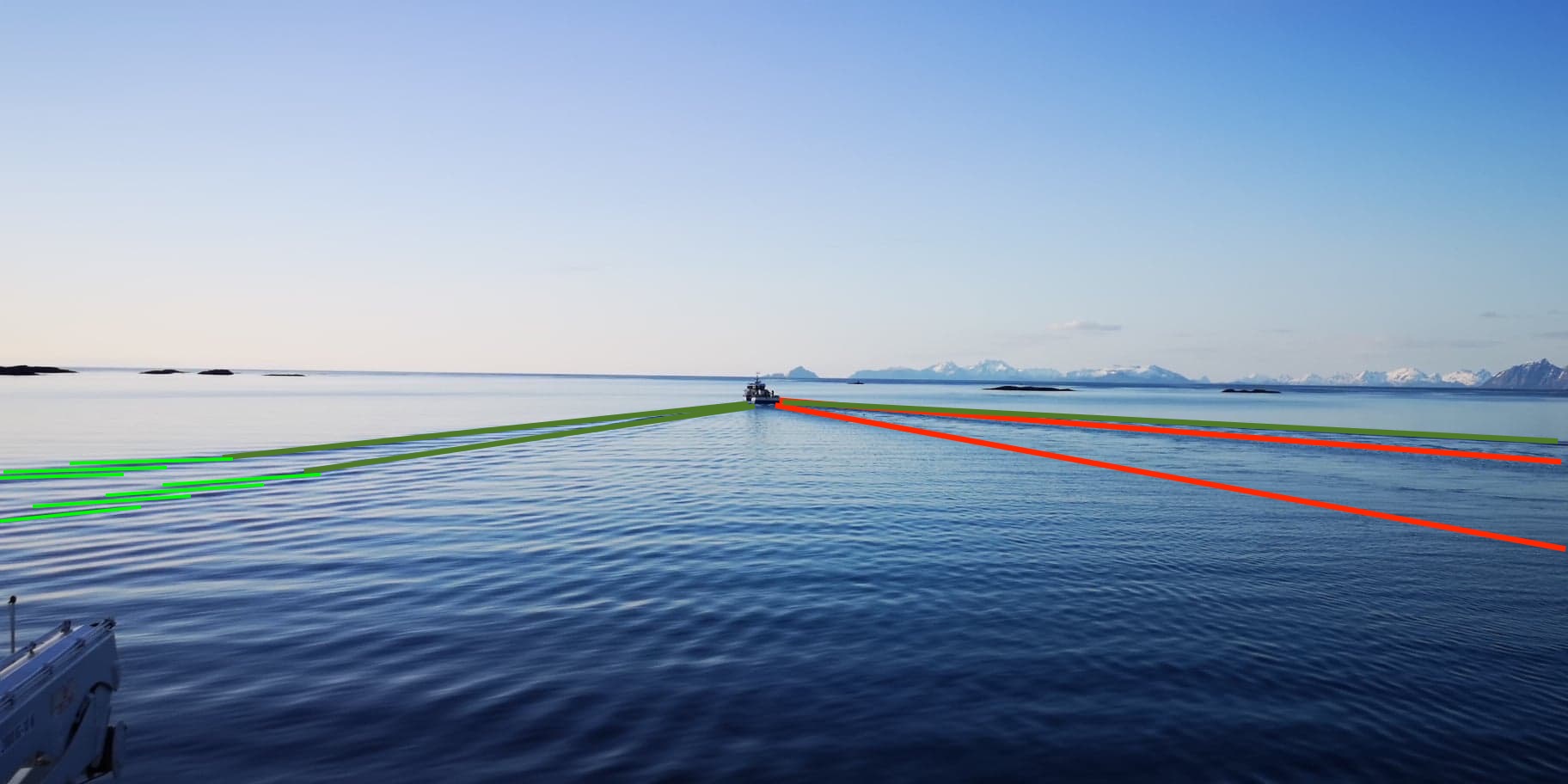 Isn’t it fascinating? I love this. 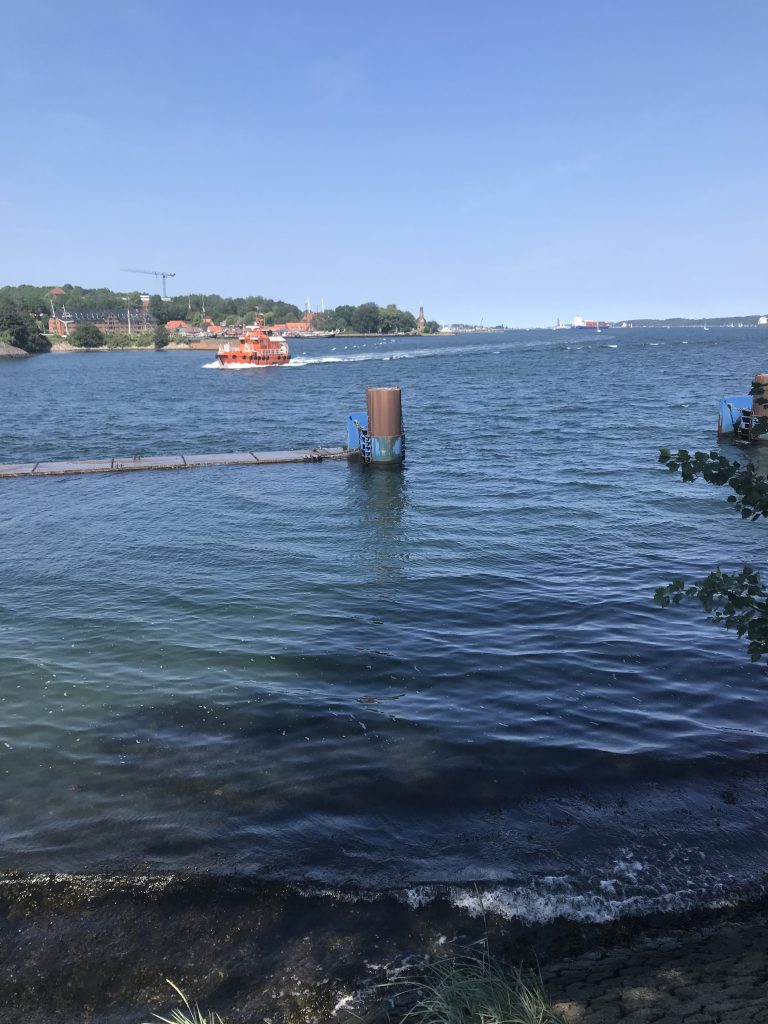 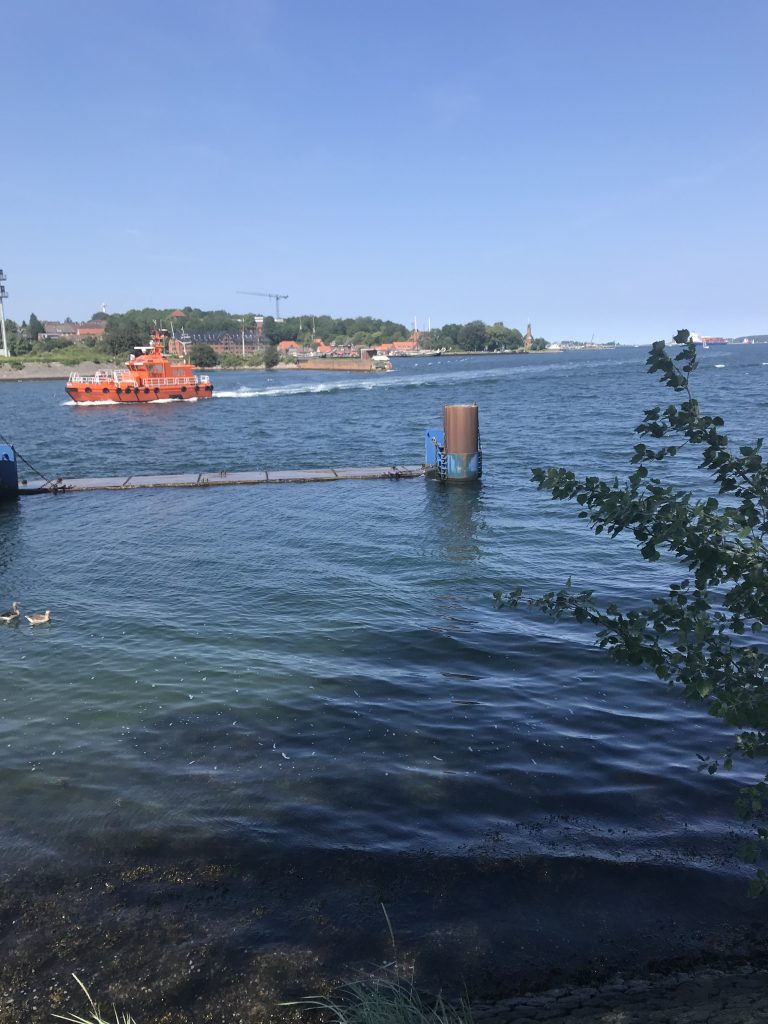 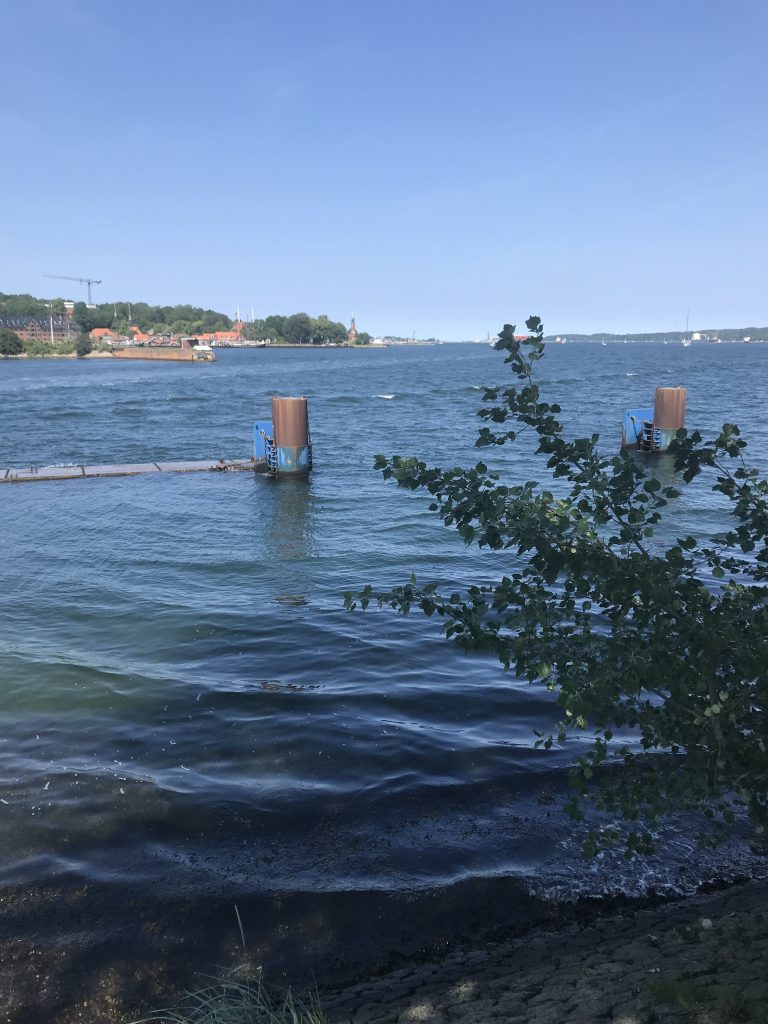 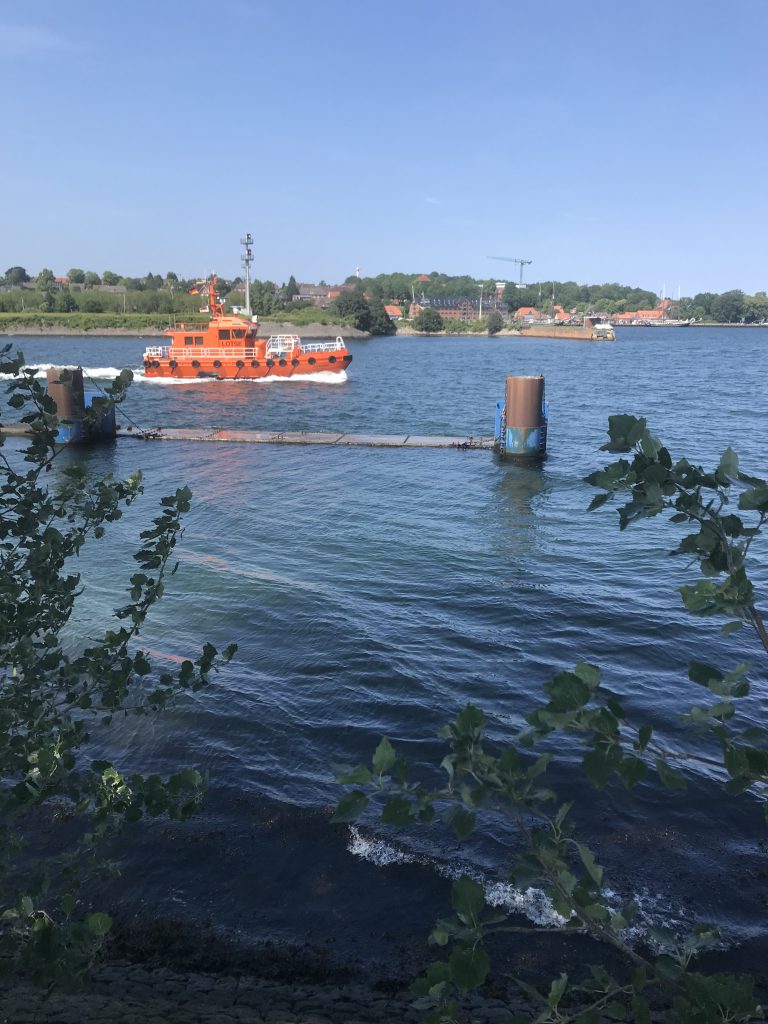 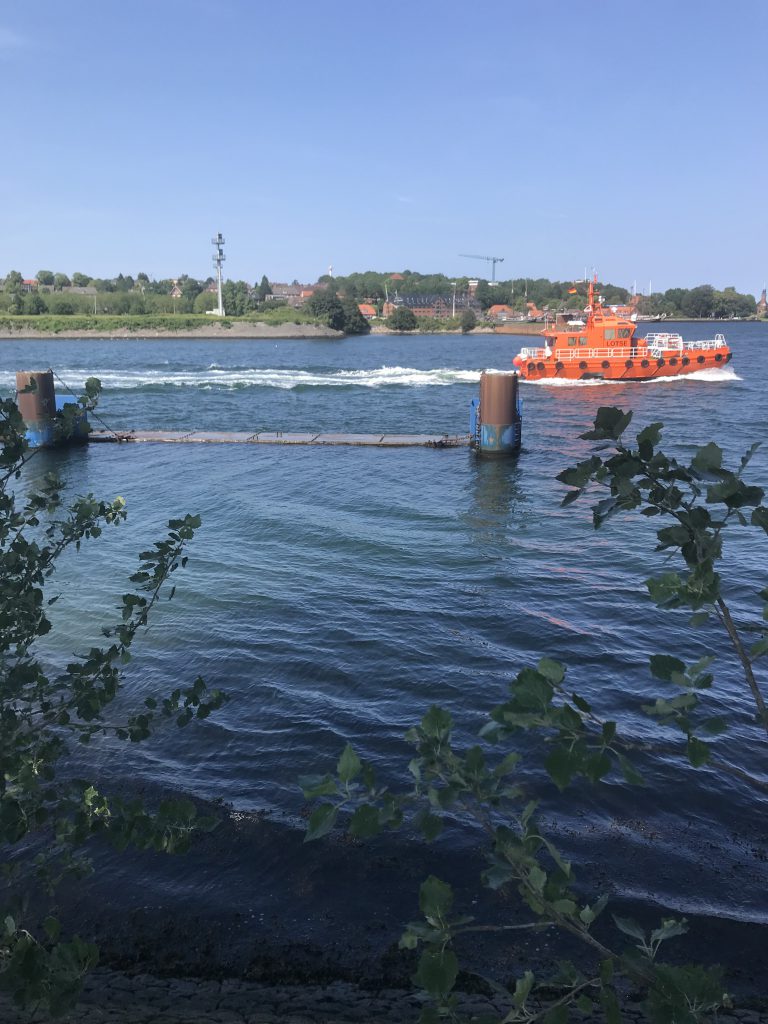 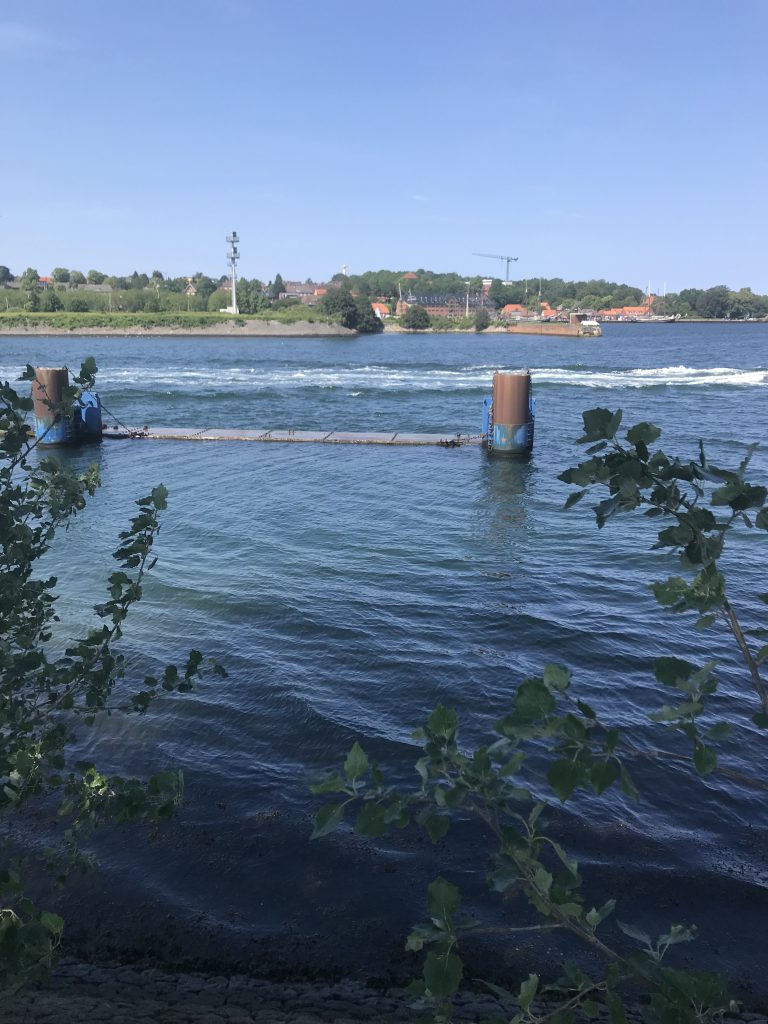 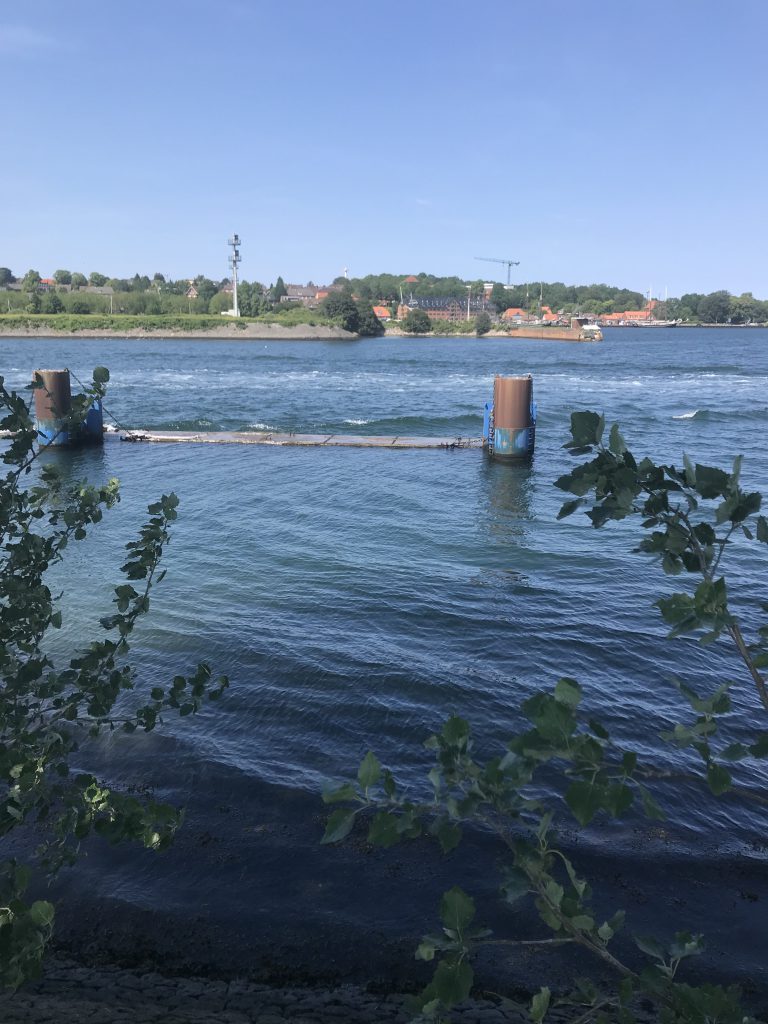 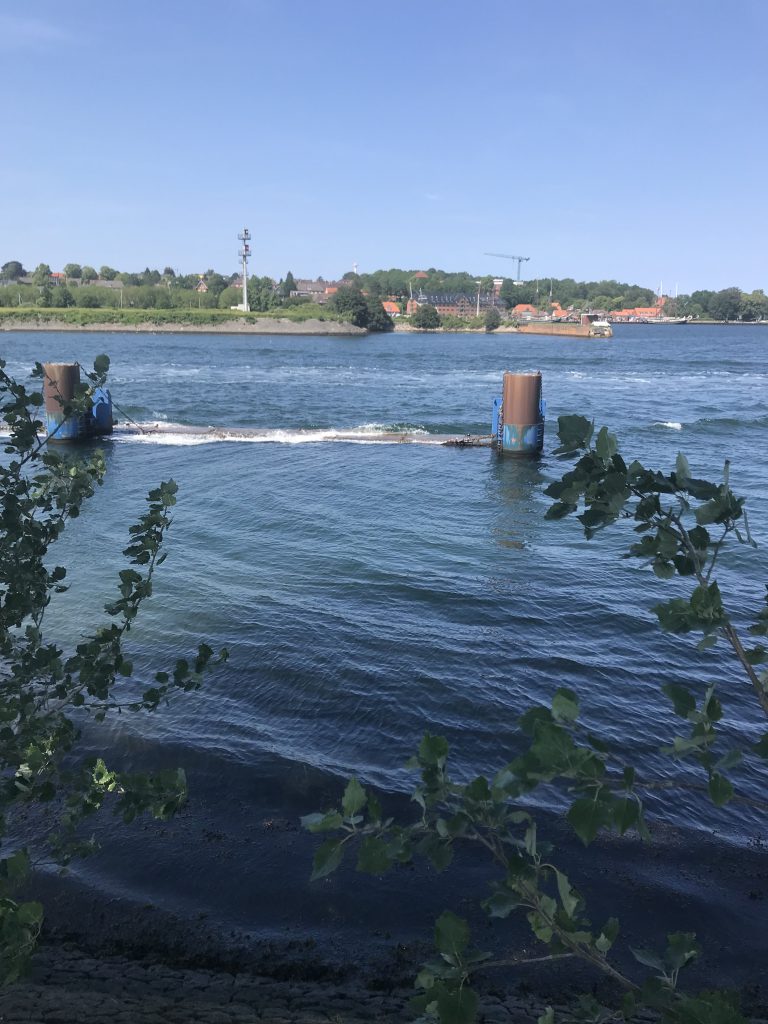 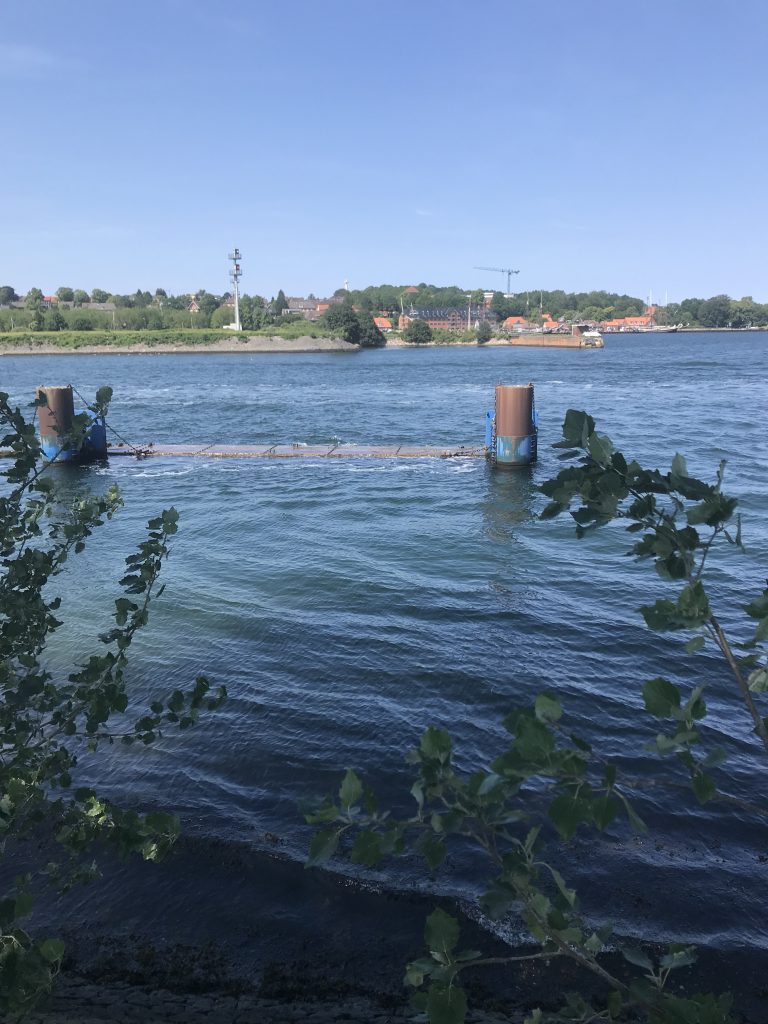 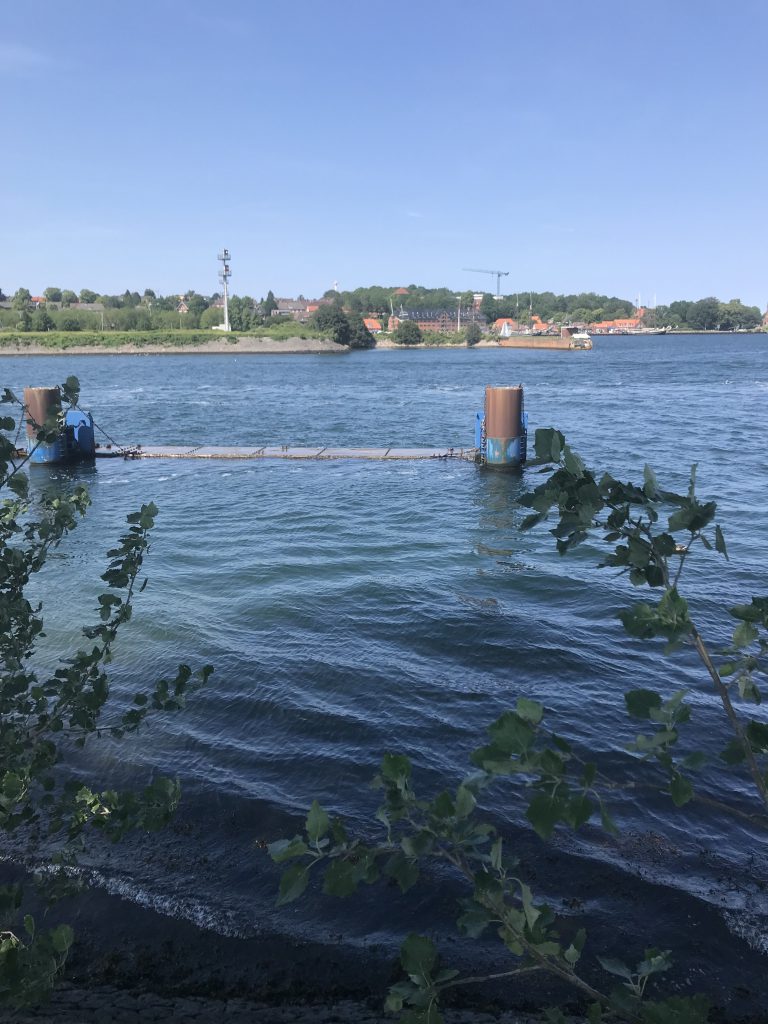 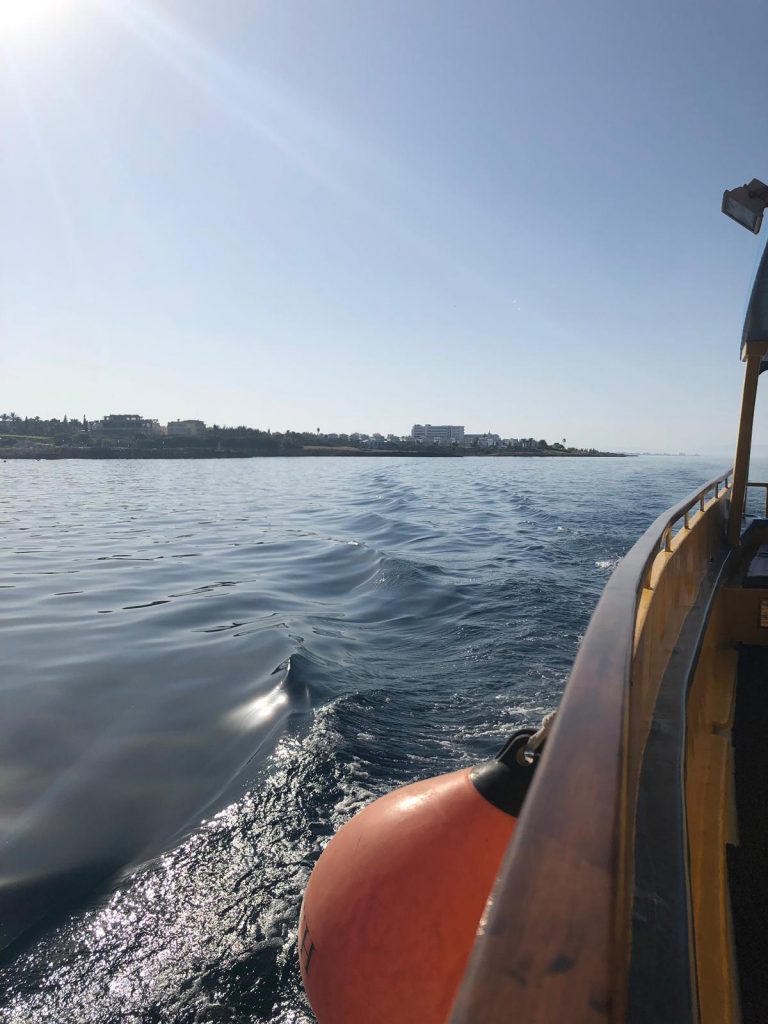 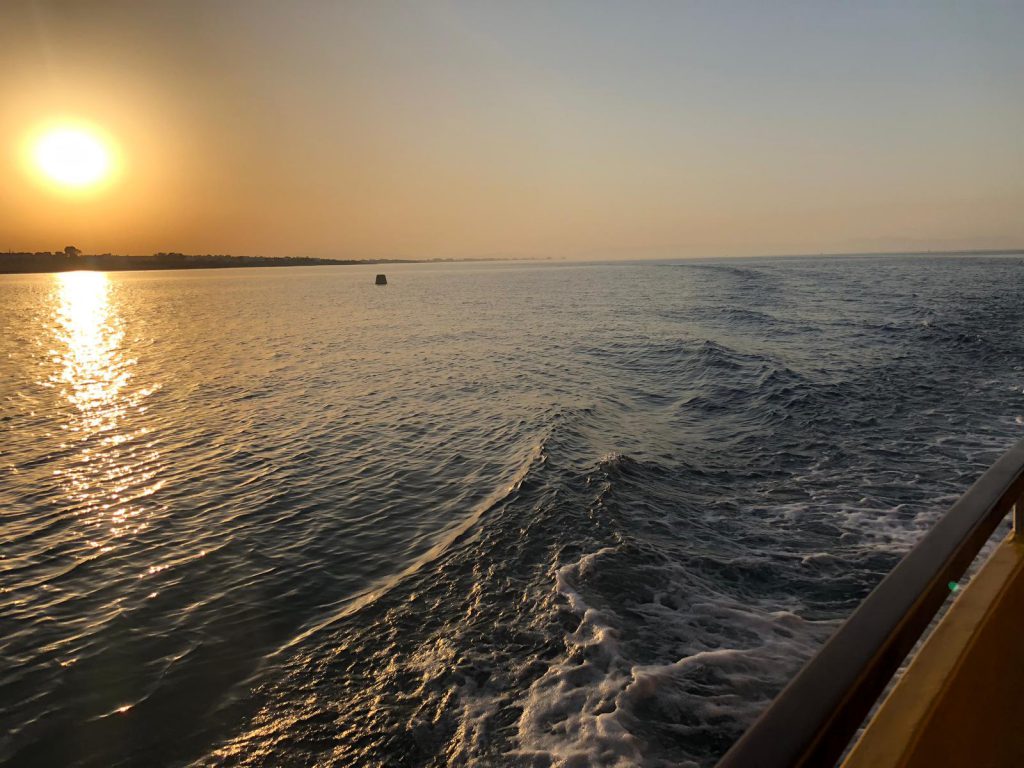 Usually I look at wakes when ships are long gone, or at least leaving. Today, let’s look at one where the ship is coming towards us and we see how a bow wave turns into the feathery V-shaped wake!

That’s actually all I want to say today. Except look at how well you see where the pilot ship changed course in the picture below! And I love that color. Always makes me happy to see that ship! :-) 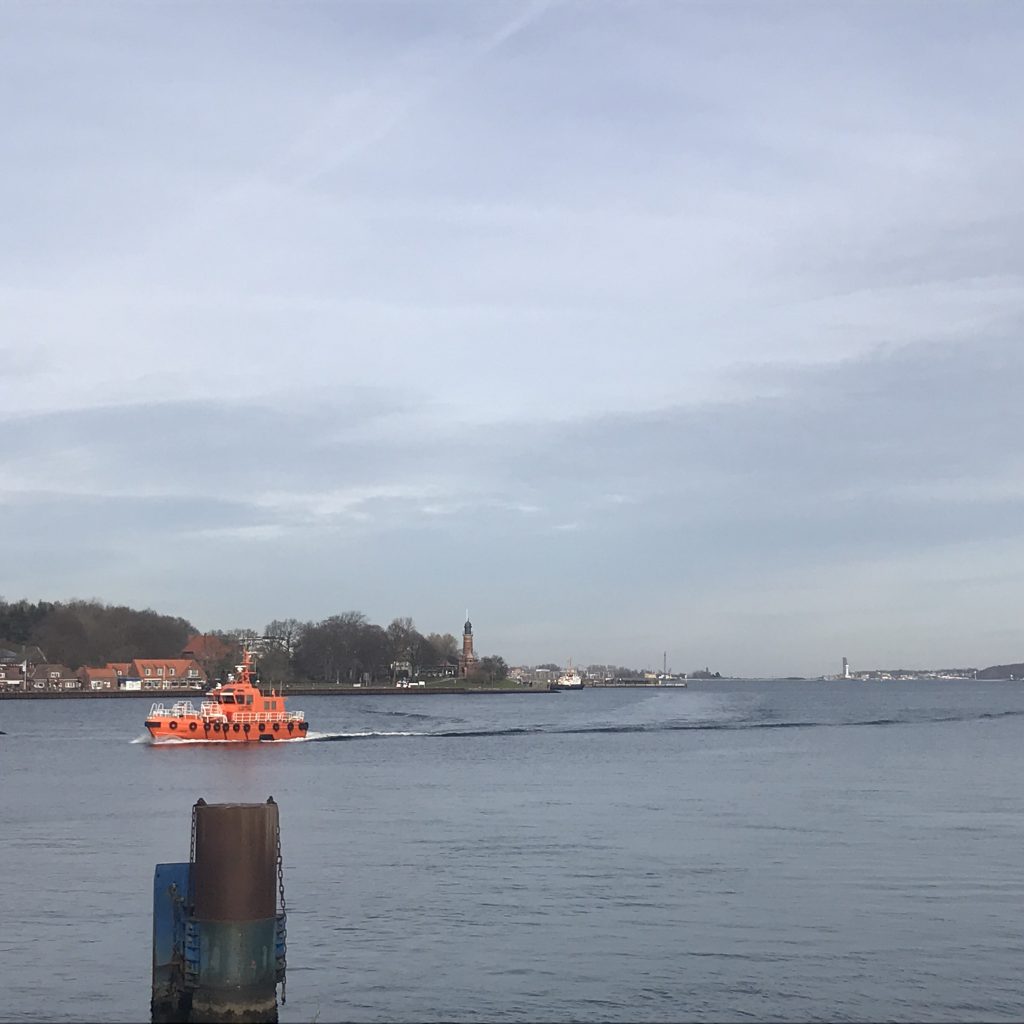