Another week of my #WaveWatching Insta @fascinocean_kiel! 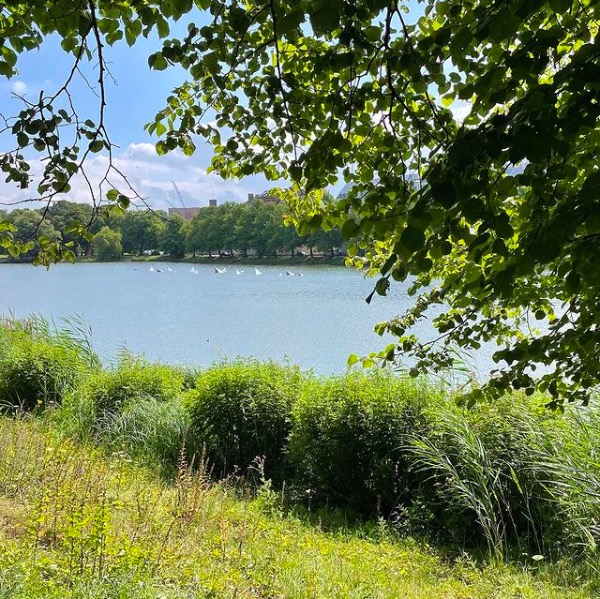 Favourite sculptures by #UlrichBehl, moving in the wind 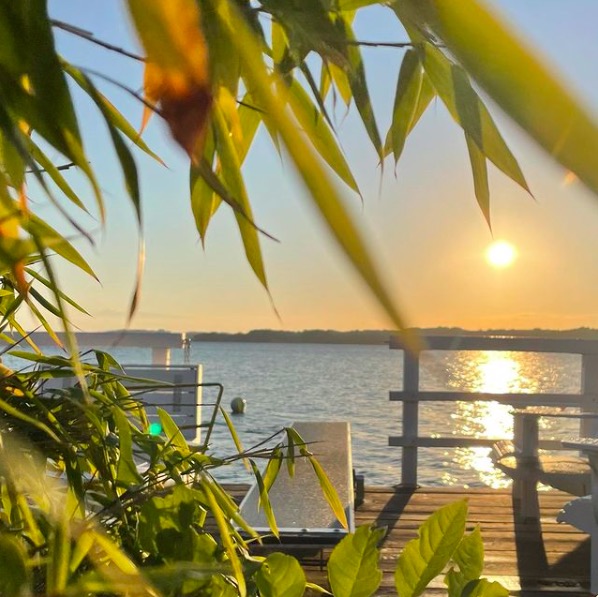 The best way to start the day!
But really cold today! The thermometer floating next to the pier says 8C (and that’s definitely what it felt like!) but even with a lot of cold rain and strong winds that seems highly unlikely. But anyway, it was cooold! But beautiful as always! 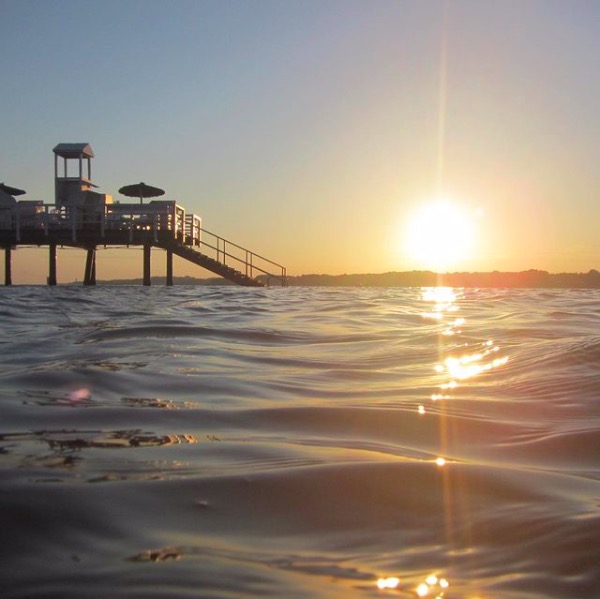 What can I say, it doesn’t get much better than this! And I like a little wind, makes wave watching while swimming so much more fun :) 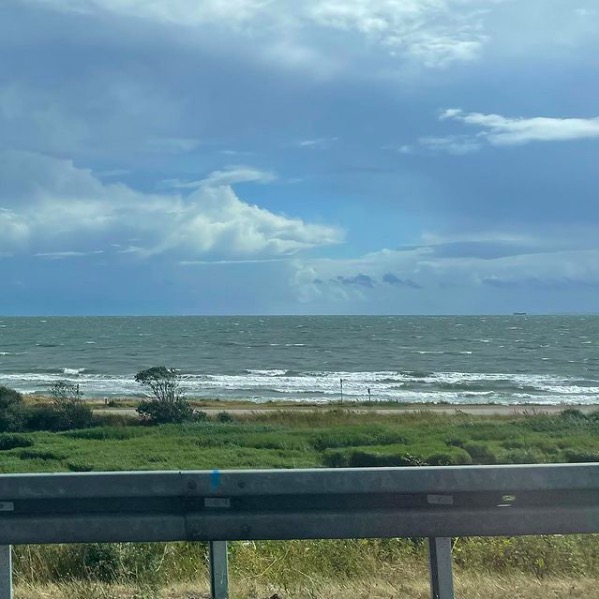 Awesome #wavewatching from the car at #greatbeltbridge. It’s windy and the breakers are beautiful even from afar! 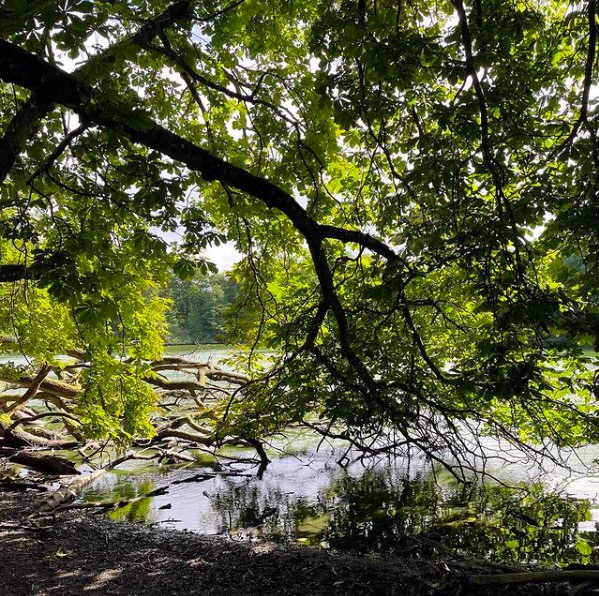 Sunny picnic spot — nothing better than a calm sunny lake! 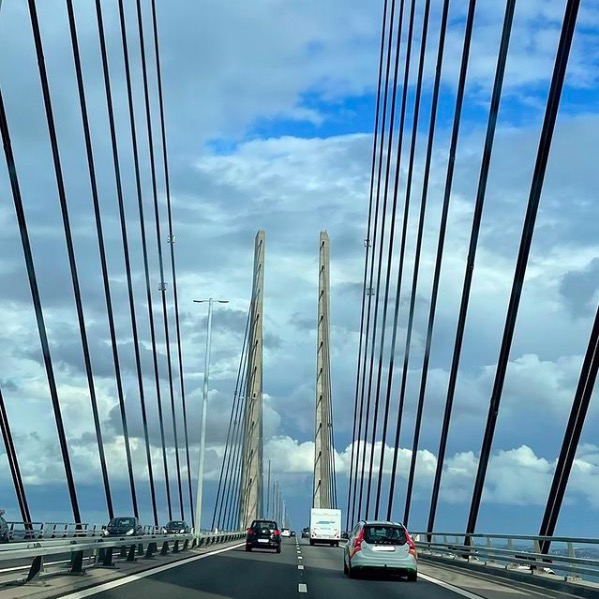 Last bridge of the day 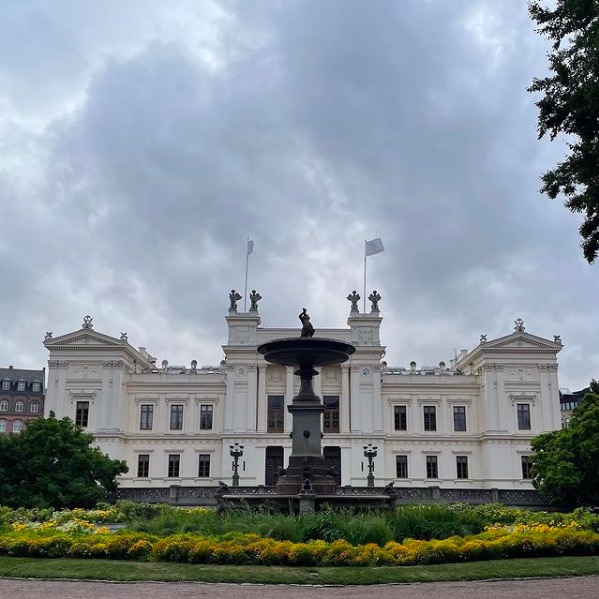 Exploring a new city means exploring all water features in order to understand their #wavewatching potential. Obviously. And even though Lund university’s fountain is not on (granted, it’s early in the morning and vacation time!), its location in front of the beautiful university main building and the lovely flower beds more than make up for that! Plus it’s windy, so plenty of waves as gusts of wind swipe around the corners, gargoyles and other features of the fountain. And from the flags on top of the building it’s clear that it’s windy and, since they are not blowing in the same direction, it’s also likely gusty. But anyway, will have to come back at a more reasonable time and check out the fountain! 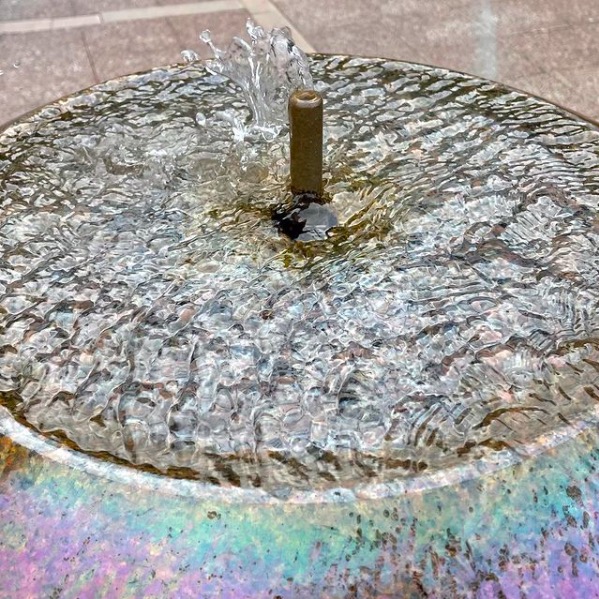 Another water feature near Lund train station. This one I am strangely fascinated by — gusts of wind show up nicely both by directly creating waves and by disturbing the fountain, which then again splashes and creates interesting waves. Plus I love the iridescent base of the fountain — it only looks like that from certain angles and where wet, other parts are just plain copper-ish looking 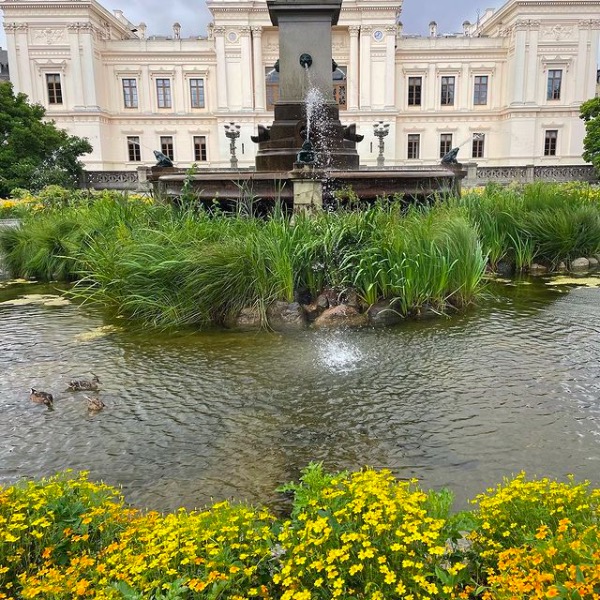 Happy to report that the fountain is now on! :) 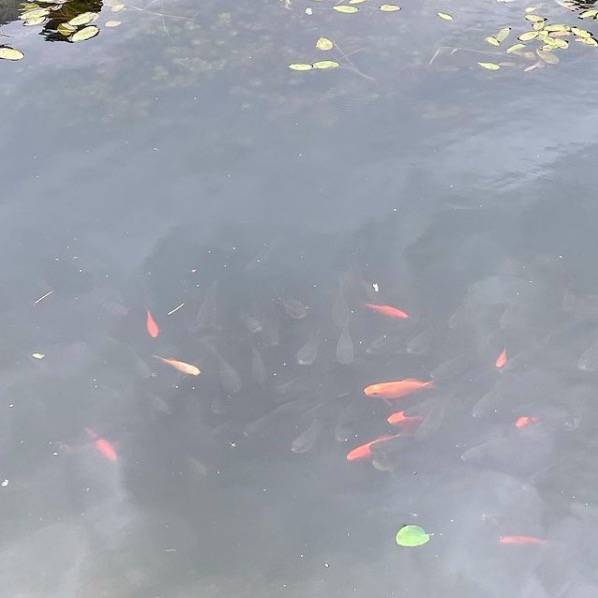 These fish seem to have a very clear idea of where they usually get fed! :D We didn’t feed them, and they just kept staring at us! 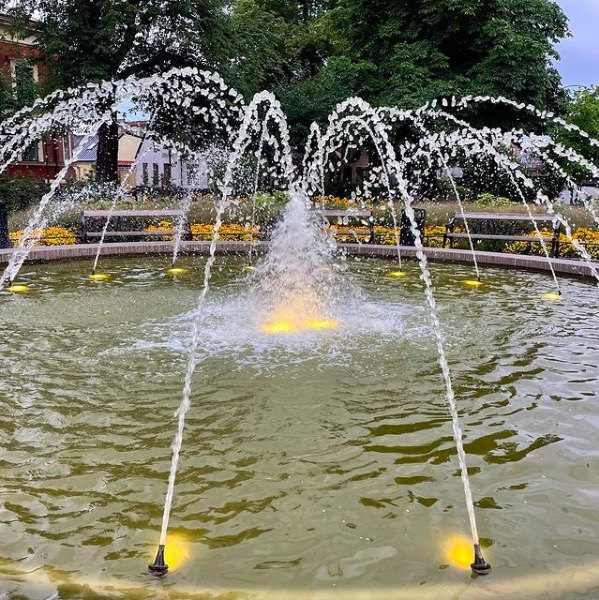 Another classical fountain in Lund. But I always love watching the projectile motion following the shape of a parabola, and especially here where all the water meets in the middle!
Also fascinating to watch the water jet disintegrate into droplets along its path! How cool that clearly in addition to all the flying stuff that is going on, there are also surface tension and stuff acting to form droplets! 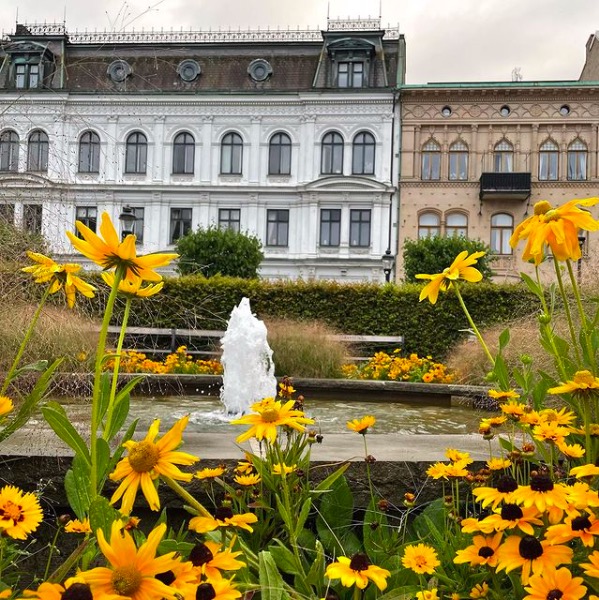 I also really like this kind of fountains though, the kinda unsophisticated “let’s just throw water in the sky” thing. Reminds me of the time as a kid, when I wanted to see how high up water would fly if I turned the shower head upward rather than downward. I still don’t know how high it would have gone, the ceiling got in the way… 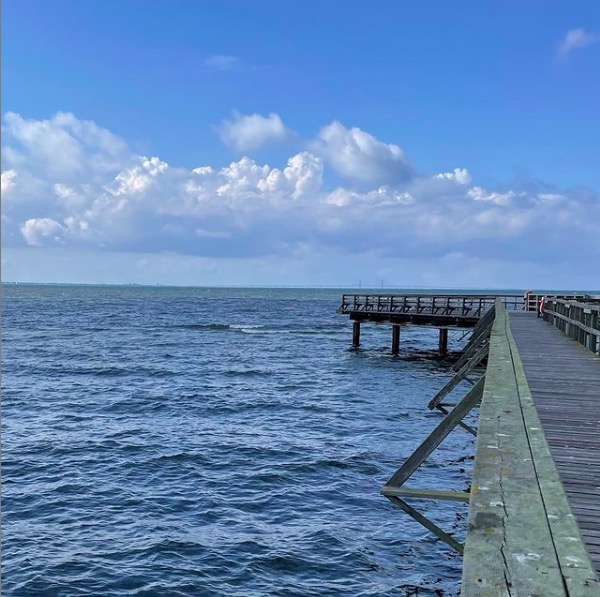 Found a .5km long pier with lots of sand banks and therefore great breaking waves to watch! And #øresundbridge and Copenhagen on the horizon. Pretty awesome place! 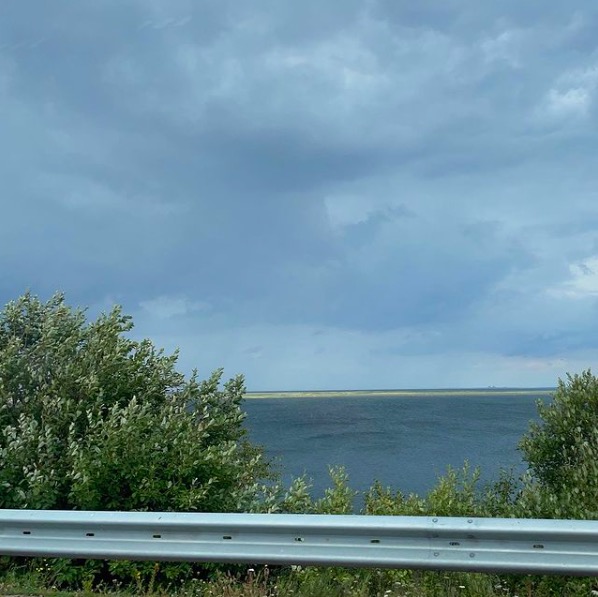 Another pretty windy crossing going back via #øresundbridge. The gusts of wind drive the darker, rougher patches across the sea… 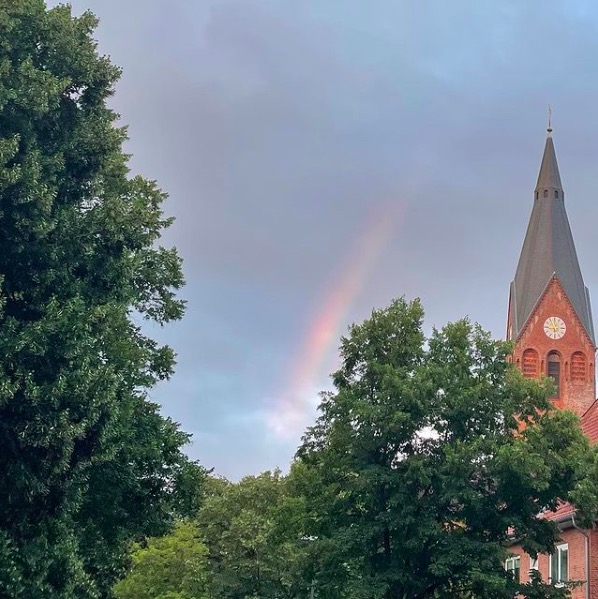 Rainbow right before sunset. The further down the sun, the higher up the rainbow… 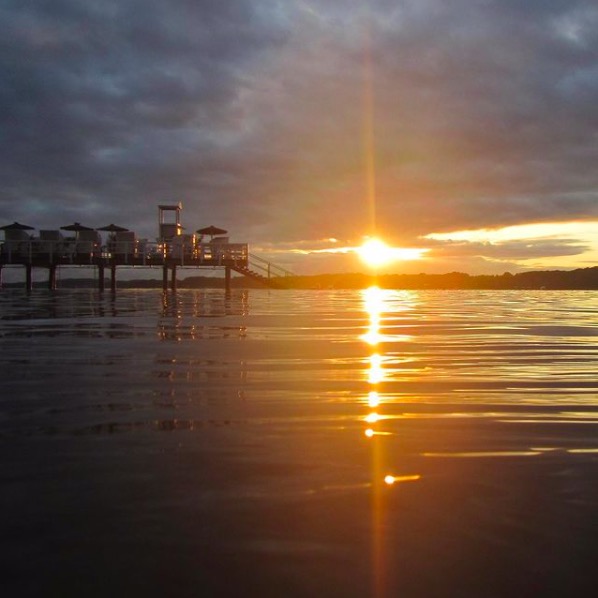 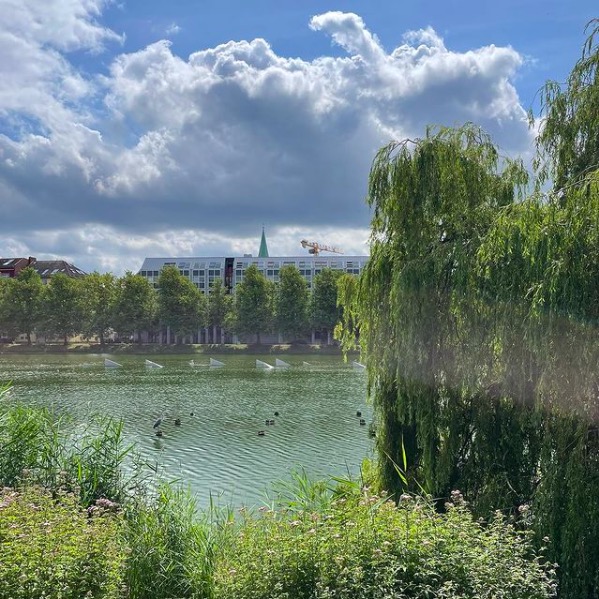 Only after I noticed the heron did I see the wooden structure in the water. Looks like it has been there for quite some time, but usually I’m probably too distracted by #ulrichbehl’s sculptures… 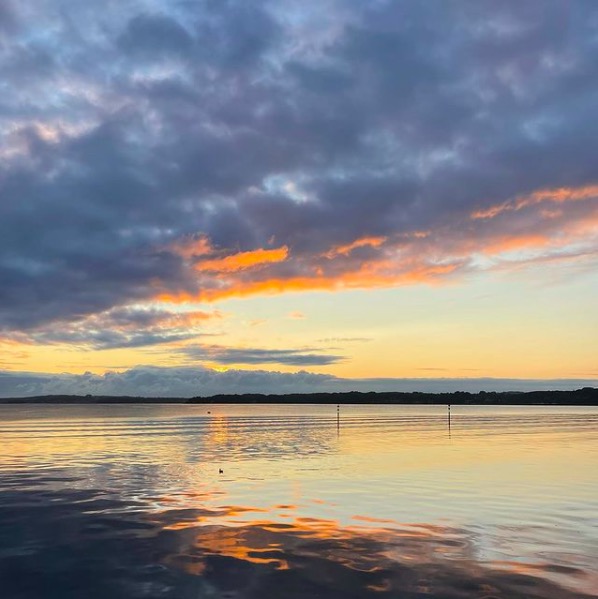 A wake coming in, nicely visible here because different slopes of the water surface reflect either the light or the dark parts of the sky