Ooops, long time no see! But even though I haven’t posted a #WaveWatchingWednesday on my blog in a while, I’ve still been active over on Instagram.

These are the last pictures I took on a beach walk before going to visit my family (sadly far away from the sea ;-)) 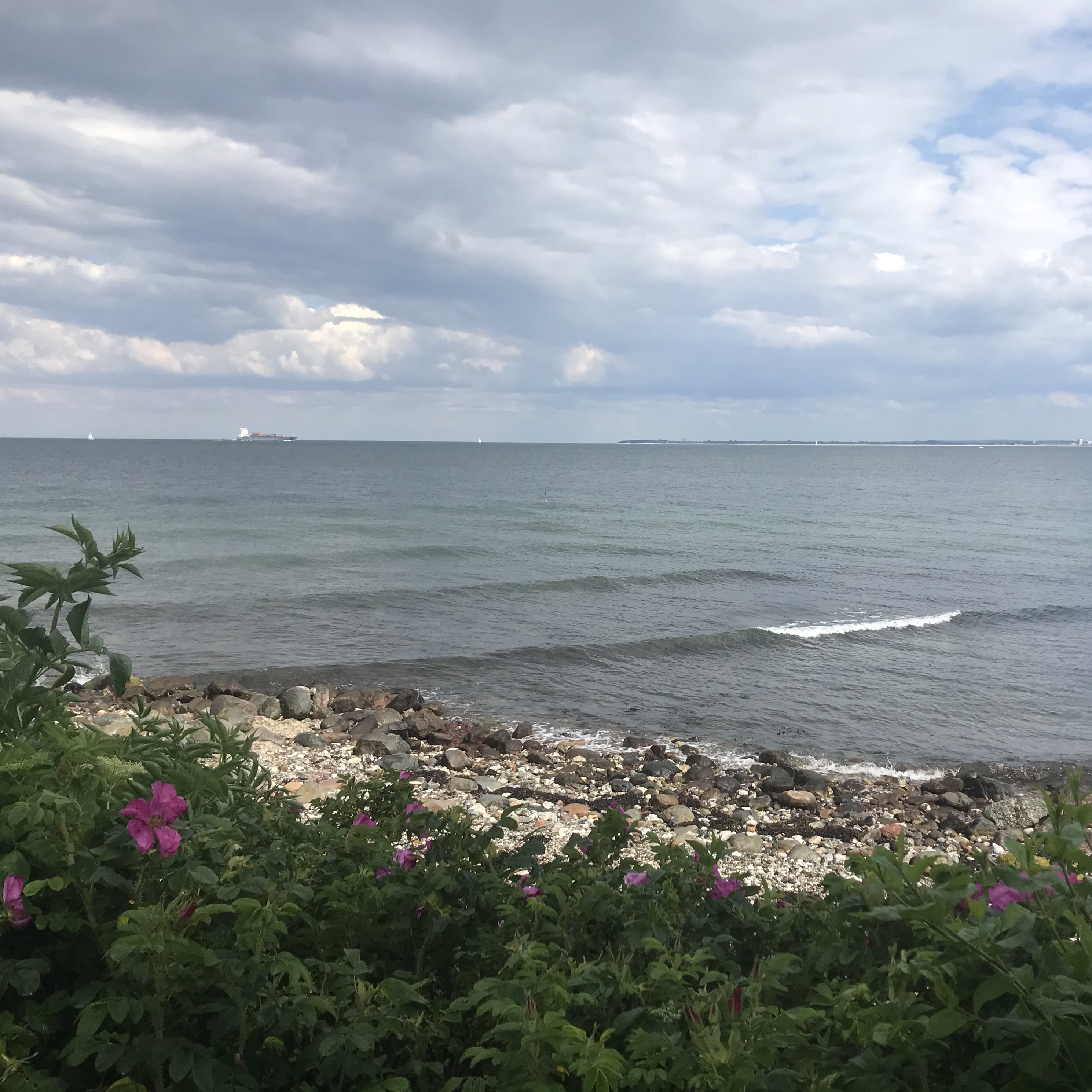 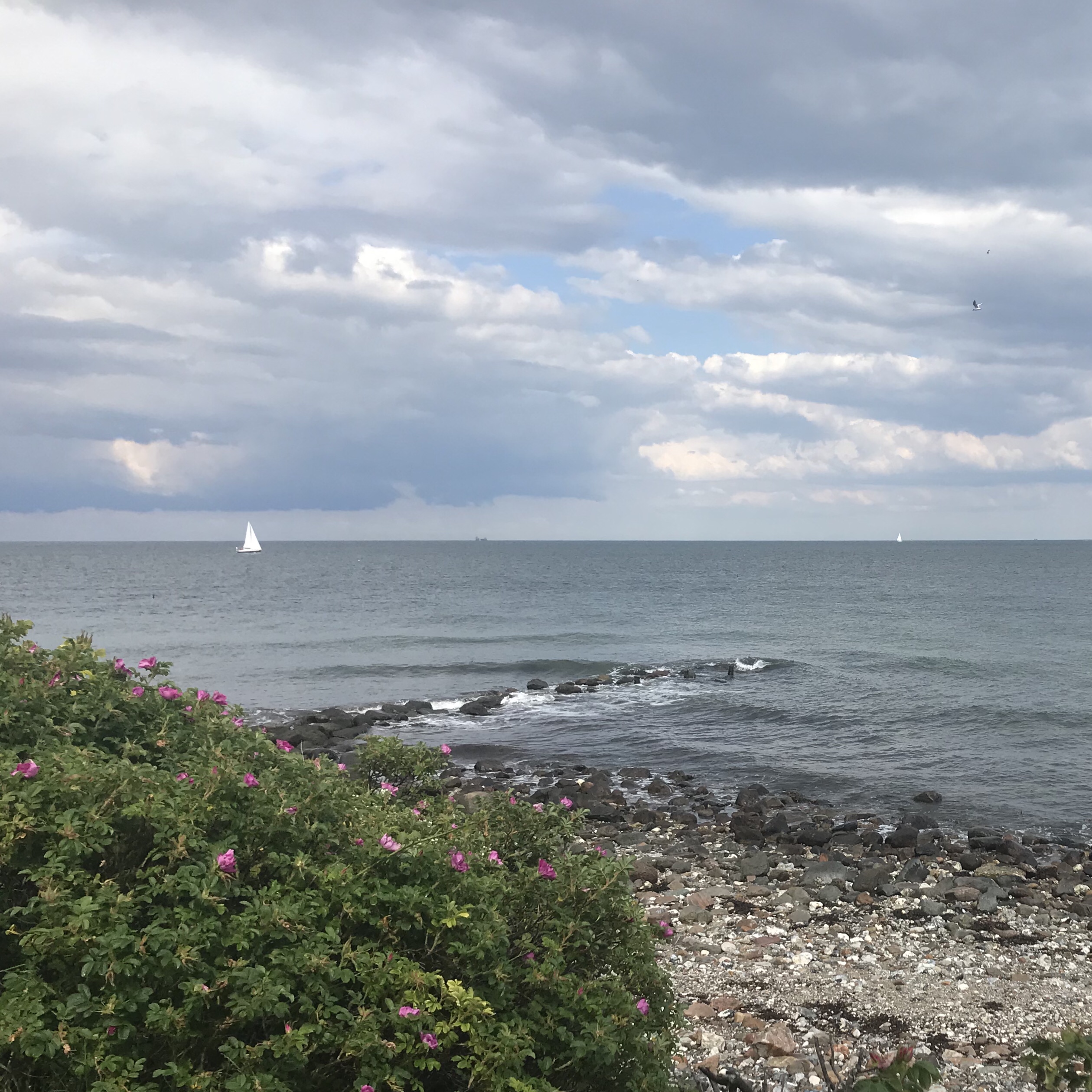 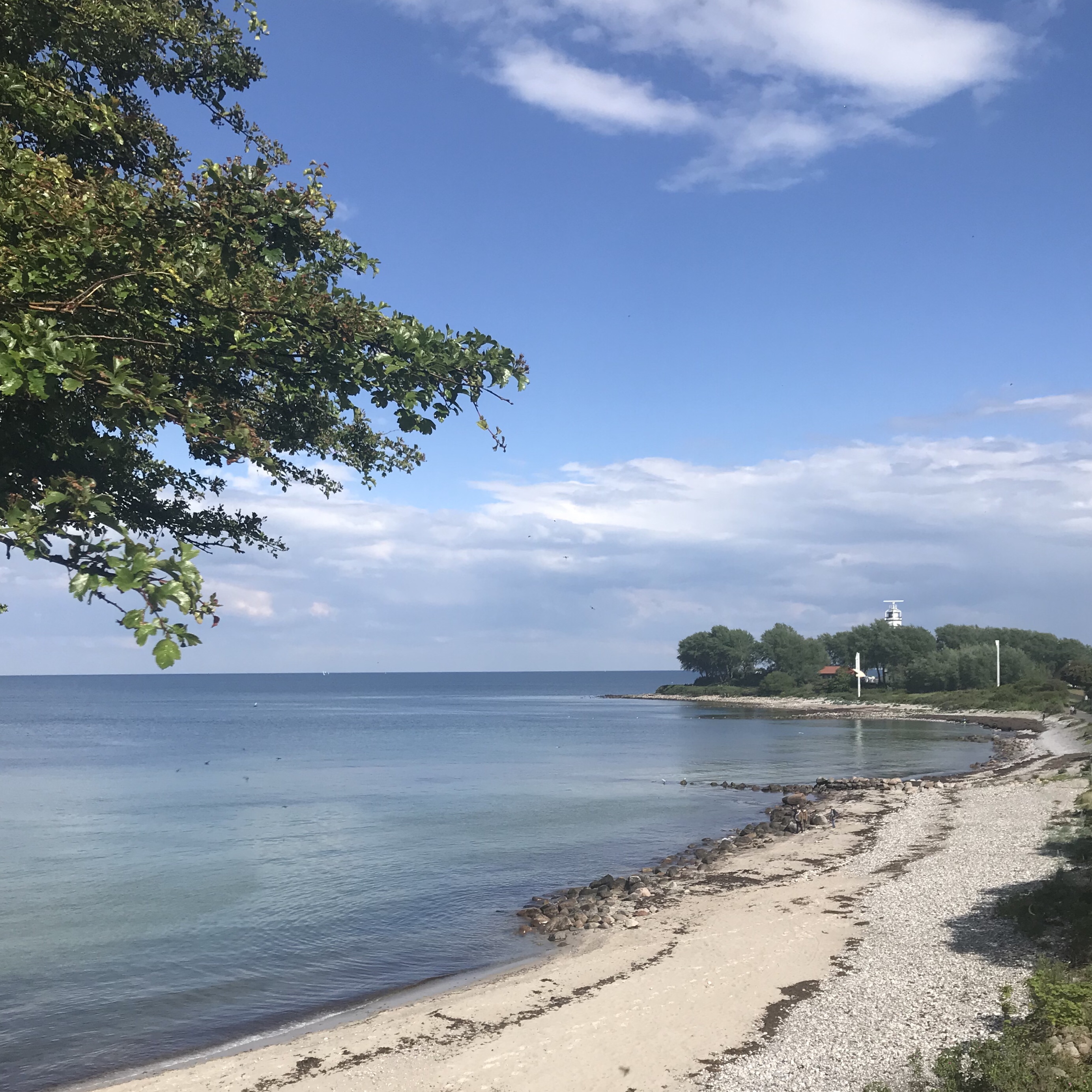 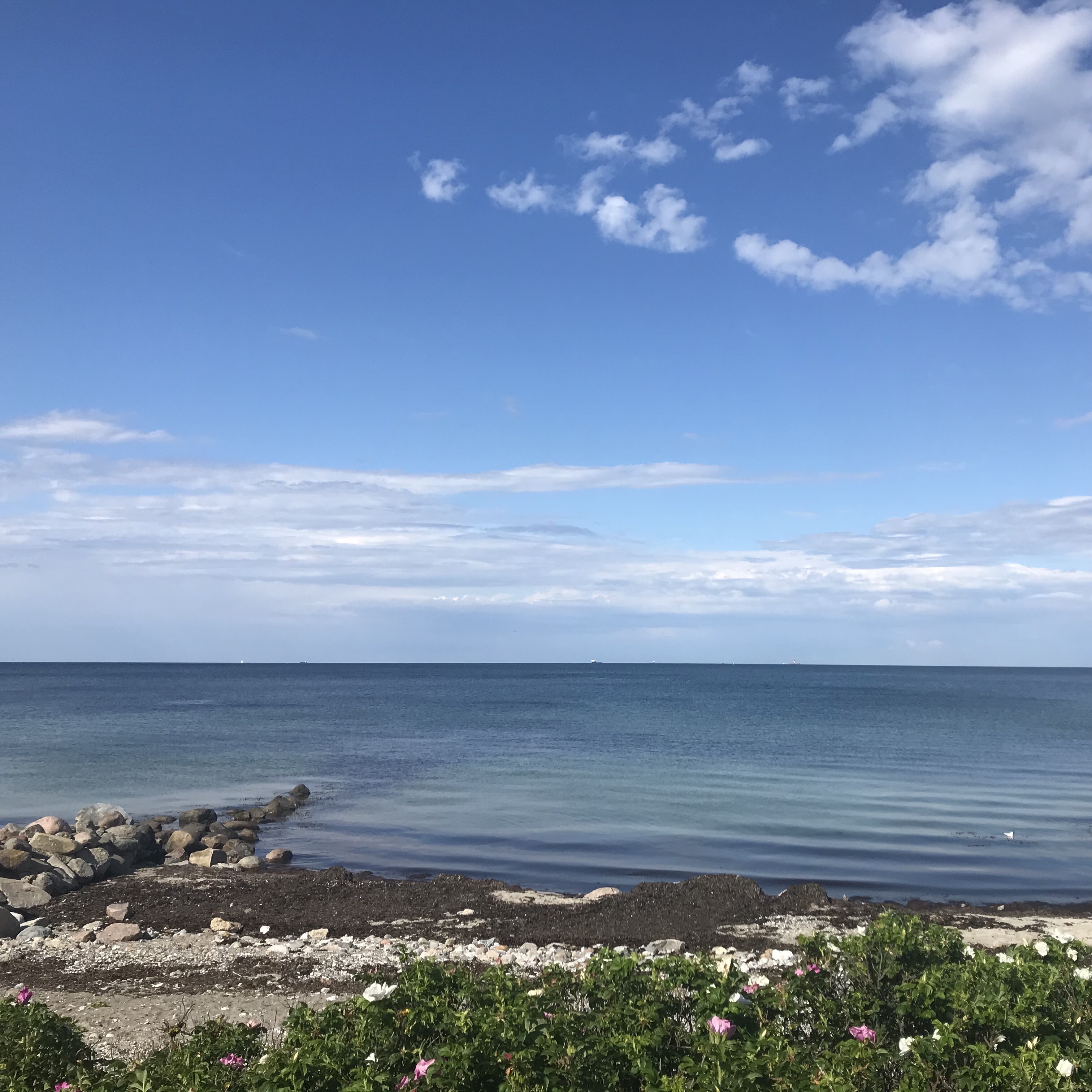 After being away from Kiel and mostly offline for a week, I saw this beautiful swan family one morning, leaving wakes in the wind waves that in some spots reflect the sky, in others let us look into the water (never thought back in physics class that partial reflection would be something that actually had any real world relevance). So much beauty in nature, and such cool physics! 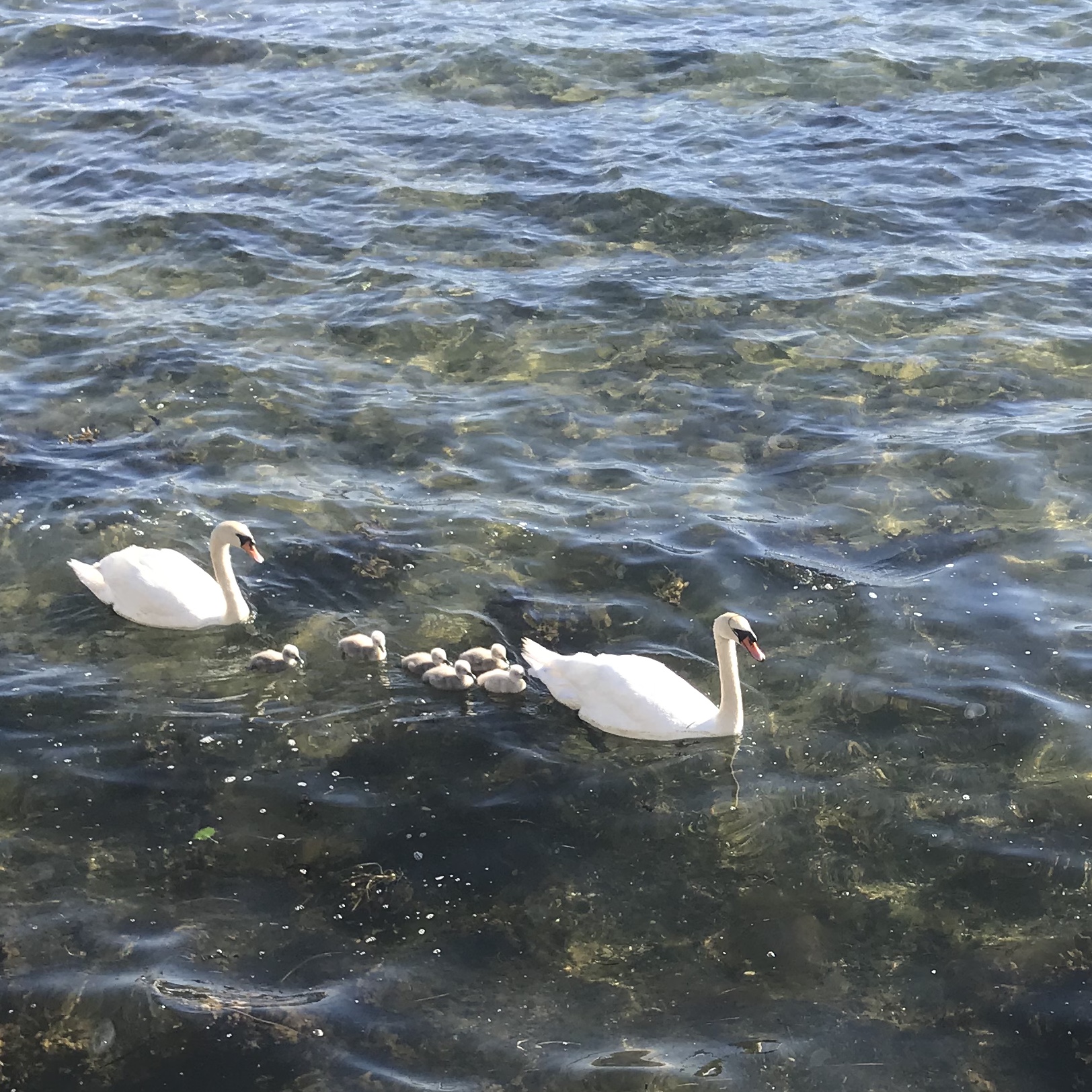 And some cool wave watching the next day: Are they coming? Are they going? The answer is both — or neither. The waves reflected at the seawall run directly into uncoming waves (both of the exact same wavelength) such that a standing wave develops. Where two wave crests or troughs meet, the crest is twice as high (or the trough twice as low) as for only one wave. But where a crest and a trough meet, they cancel out exactly in destructive interference. And that leads to this weird wave field! 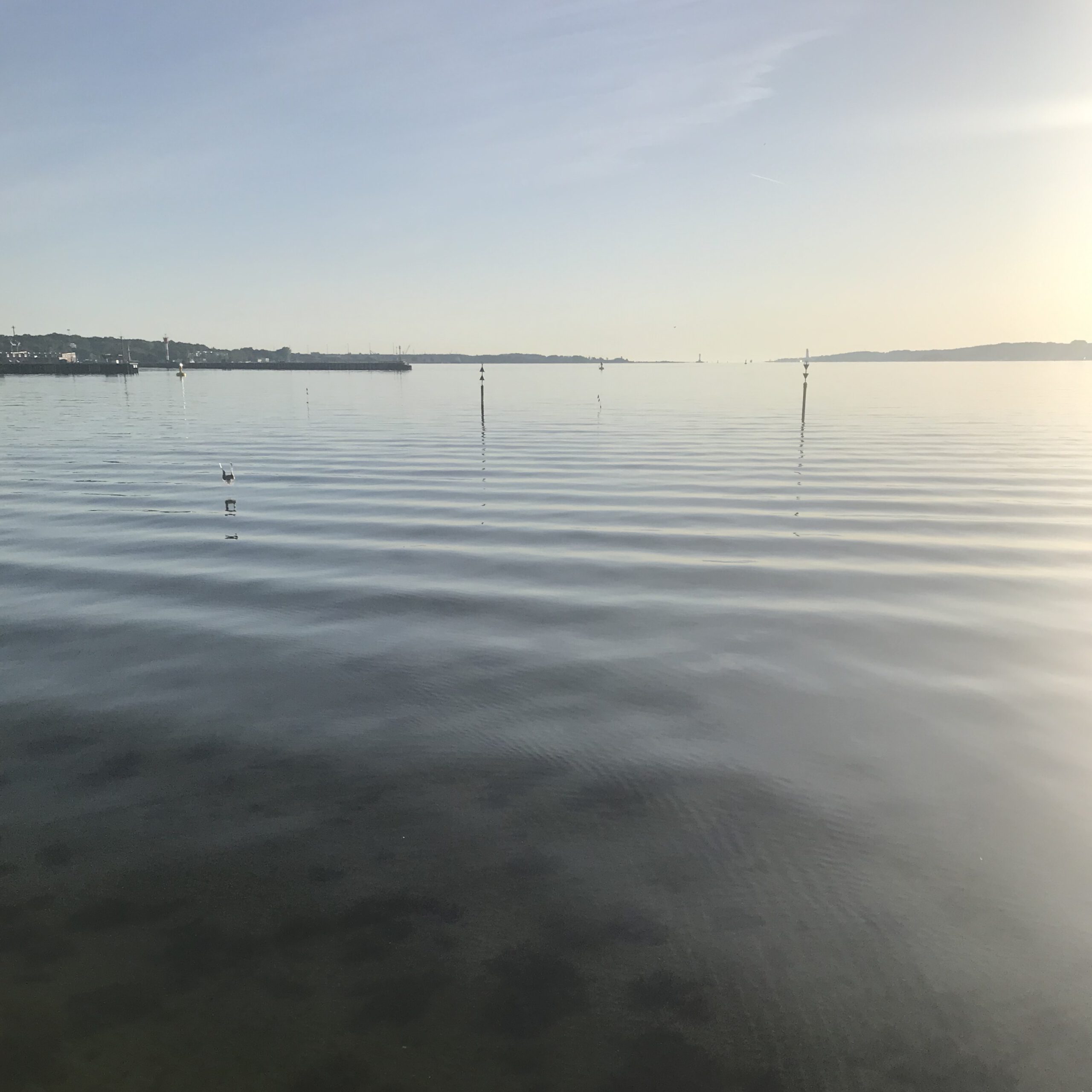 Wakes, but only one of them has a bird at the tip of the V? What’s going on? Carps, apparently! :D 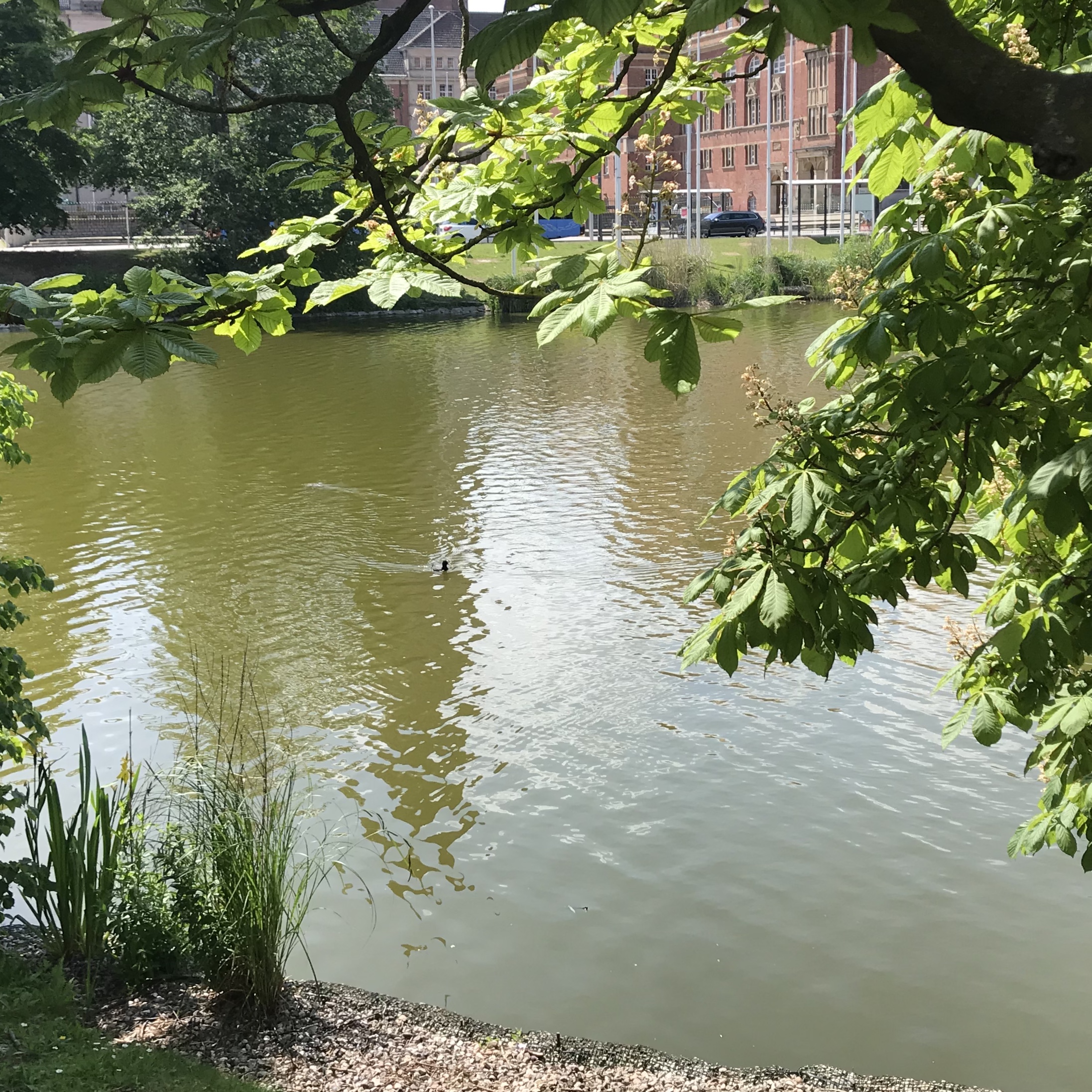 Next, there was another trip to the beach.

Nice to see how waves get bent around that groyne! 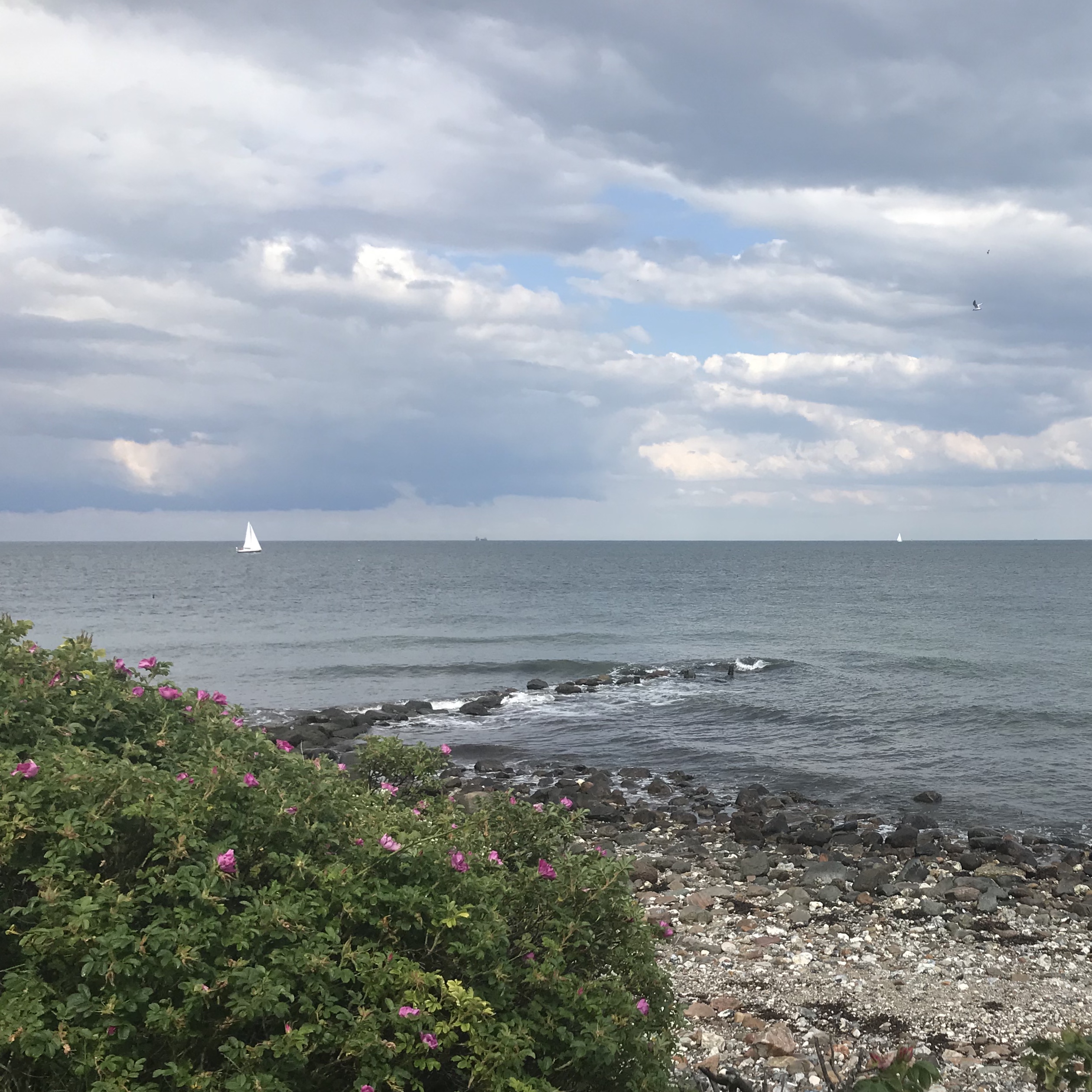 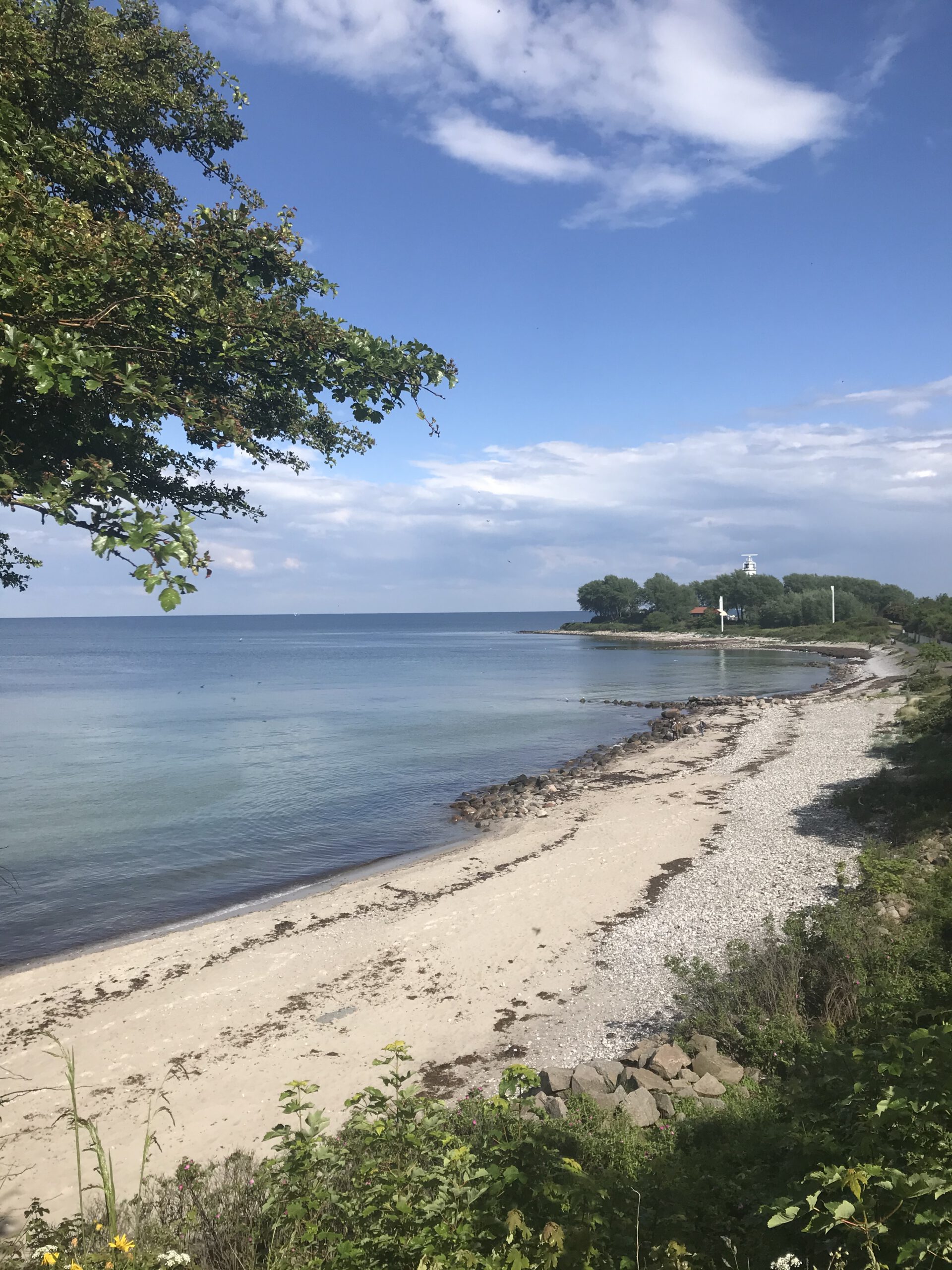 Why is the surface roughness changing in the shallow water where all of a sudden the surface gets smoother while the waves get higher?
Waves get higher as they run into shallow water & start interacting with the bottom. And it’s full of stuff growing in the water there, taking energy out of the wave field such that only longer waves remain visible. 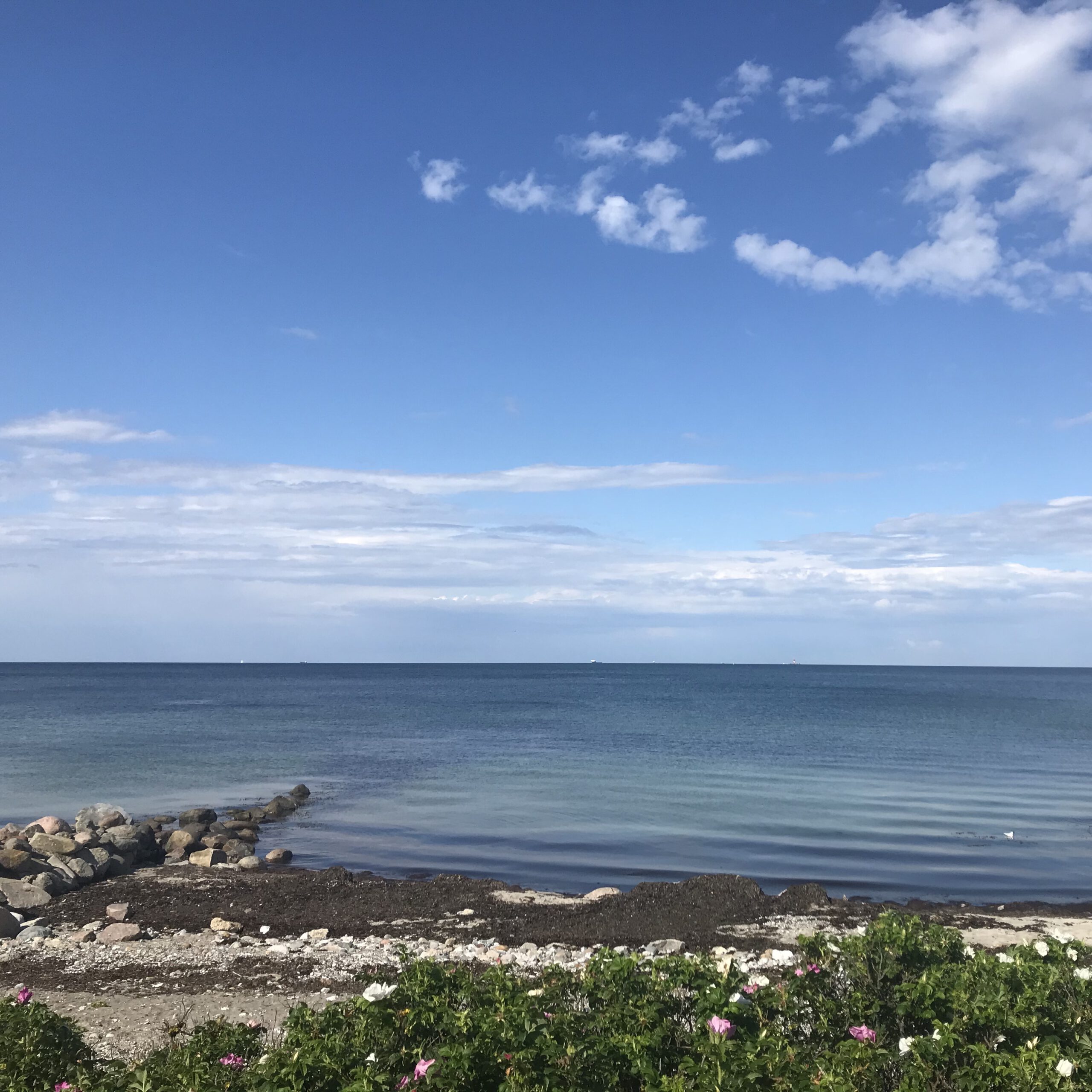 …And by the time I had whipped my phone out of my pocket, the bird was gone. But what was left — even if only for a really short time, before they disappeared, too — was even more fascinating to me. Those waves! You see them mainly in the pattern of light and dark on the seafloor. Only looking out further into the water do we start seeing a reflection of the sky, too… Dreamy! 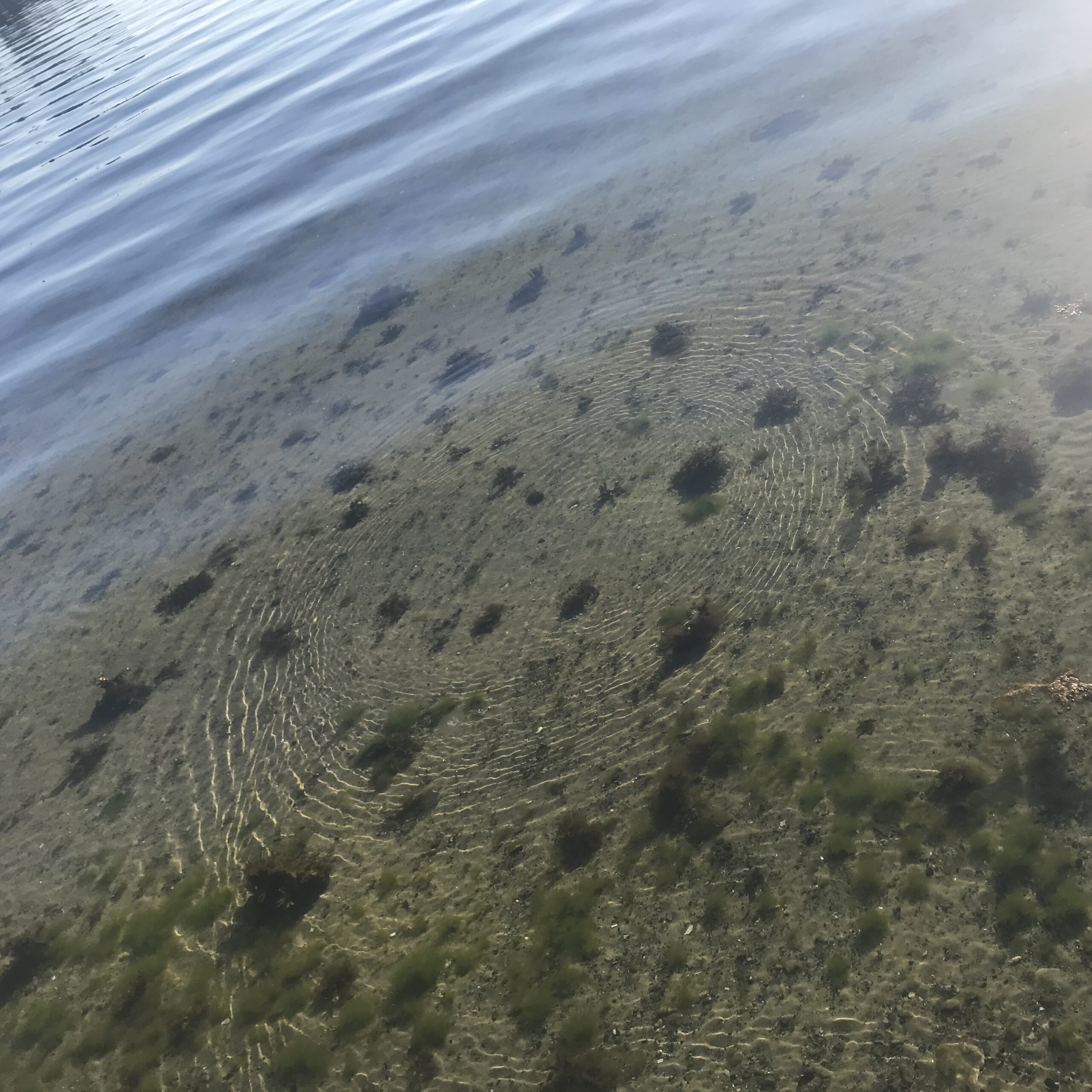 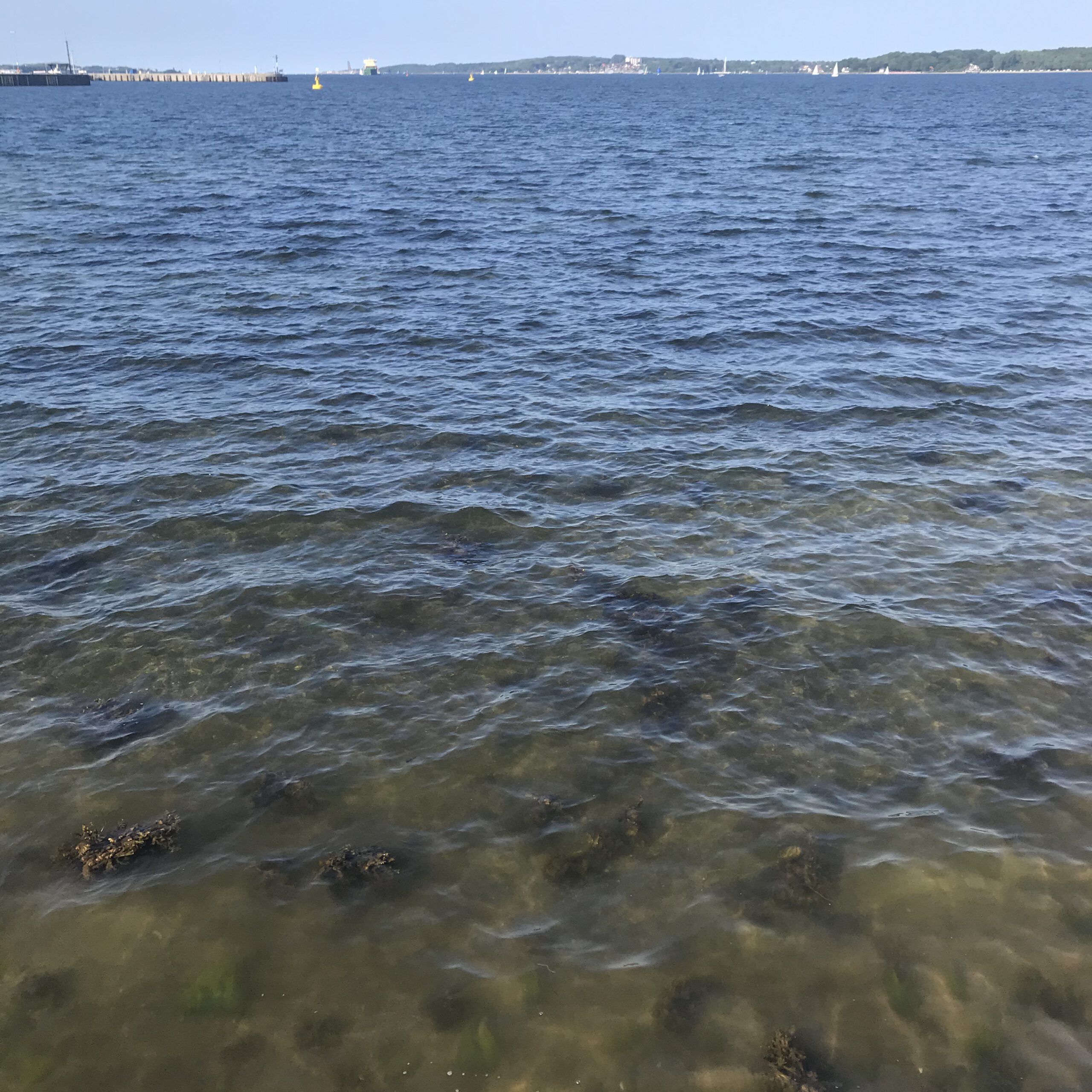 Not even the seagull is enjoying the fog… 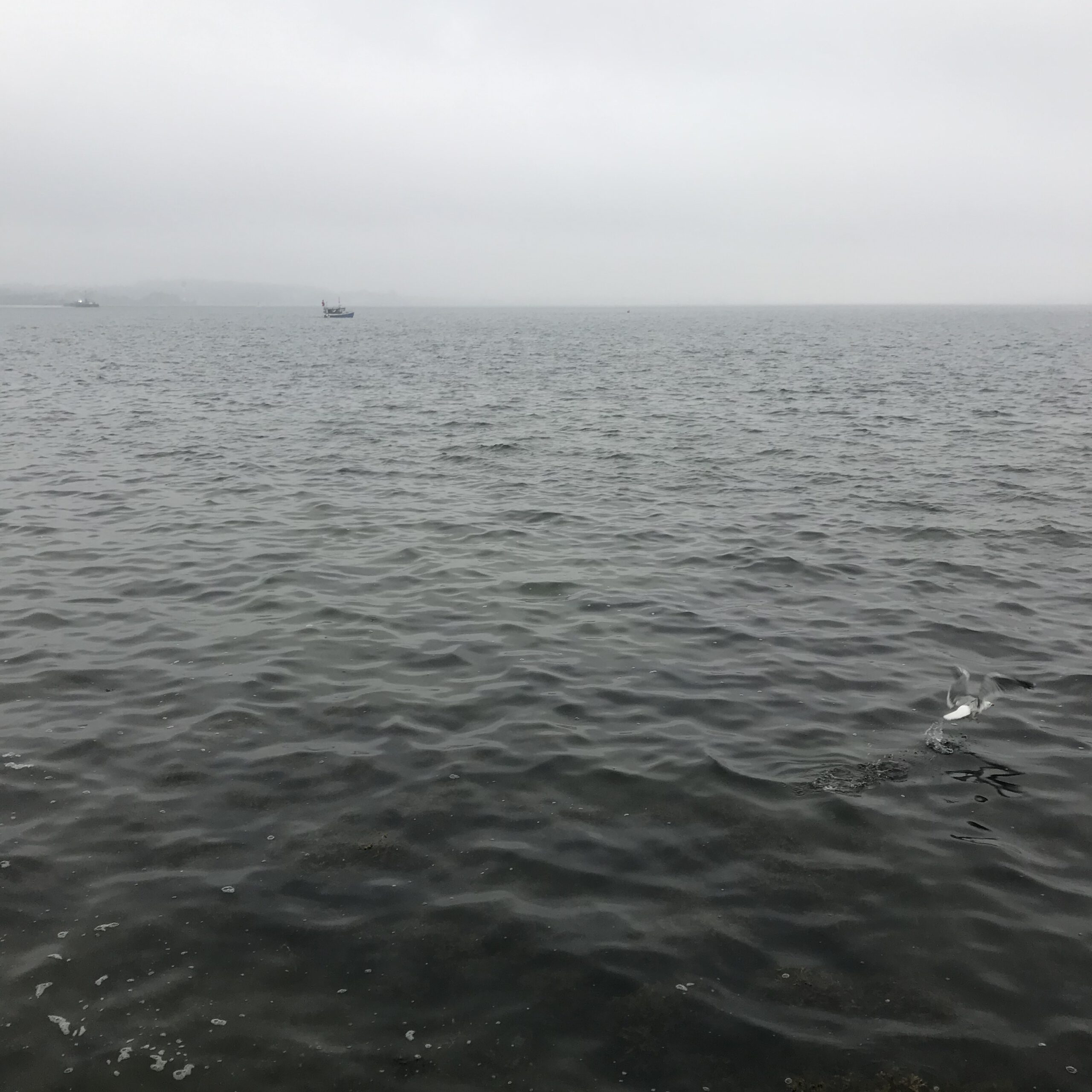 Even though it might not look like it, I am very happy I decided to use the 20 min between calls to bring my coffee & run to the water! 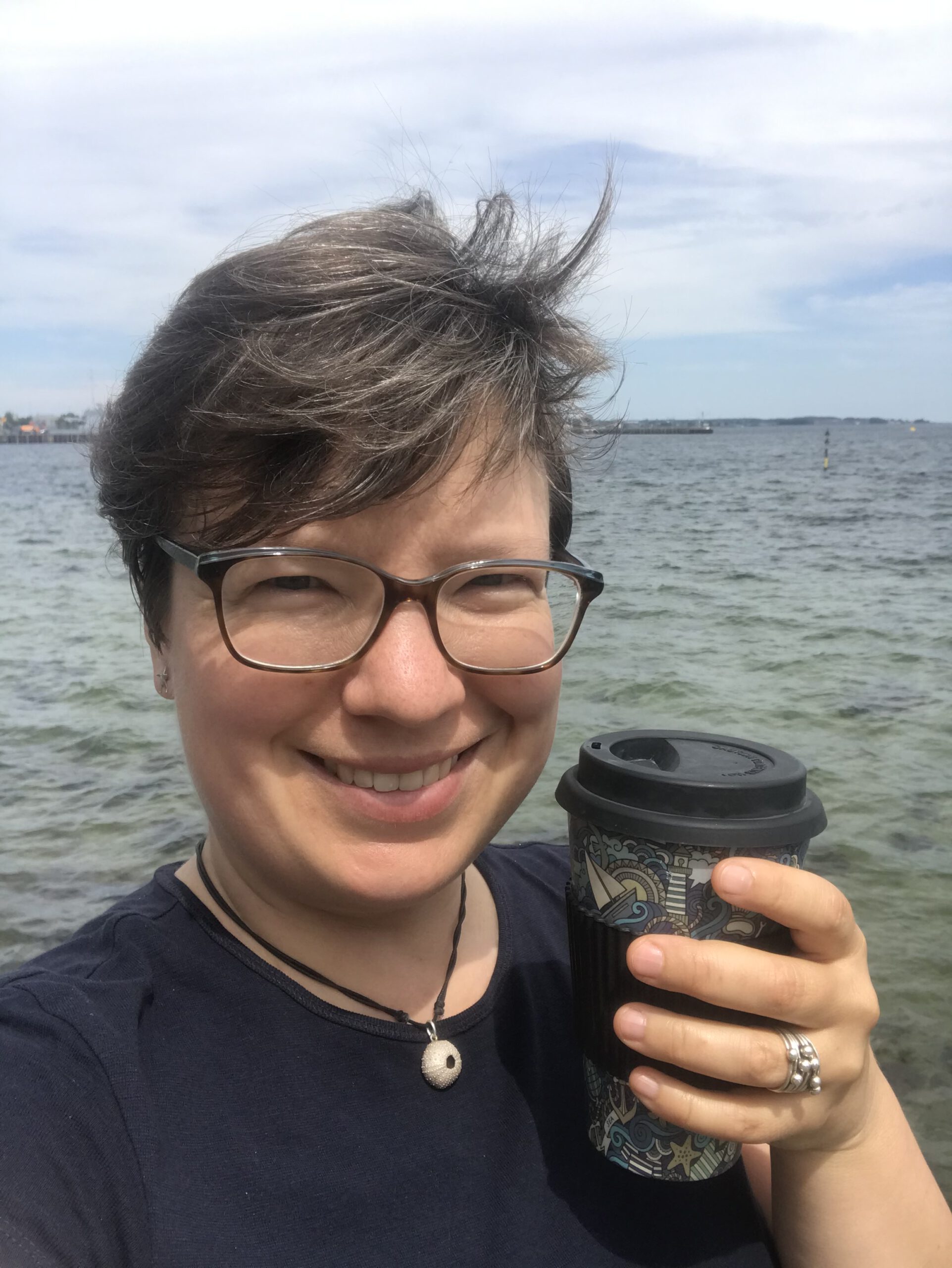 It’s funny how even a tiny little peak of the sea makes me instantly happy :) 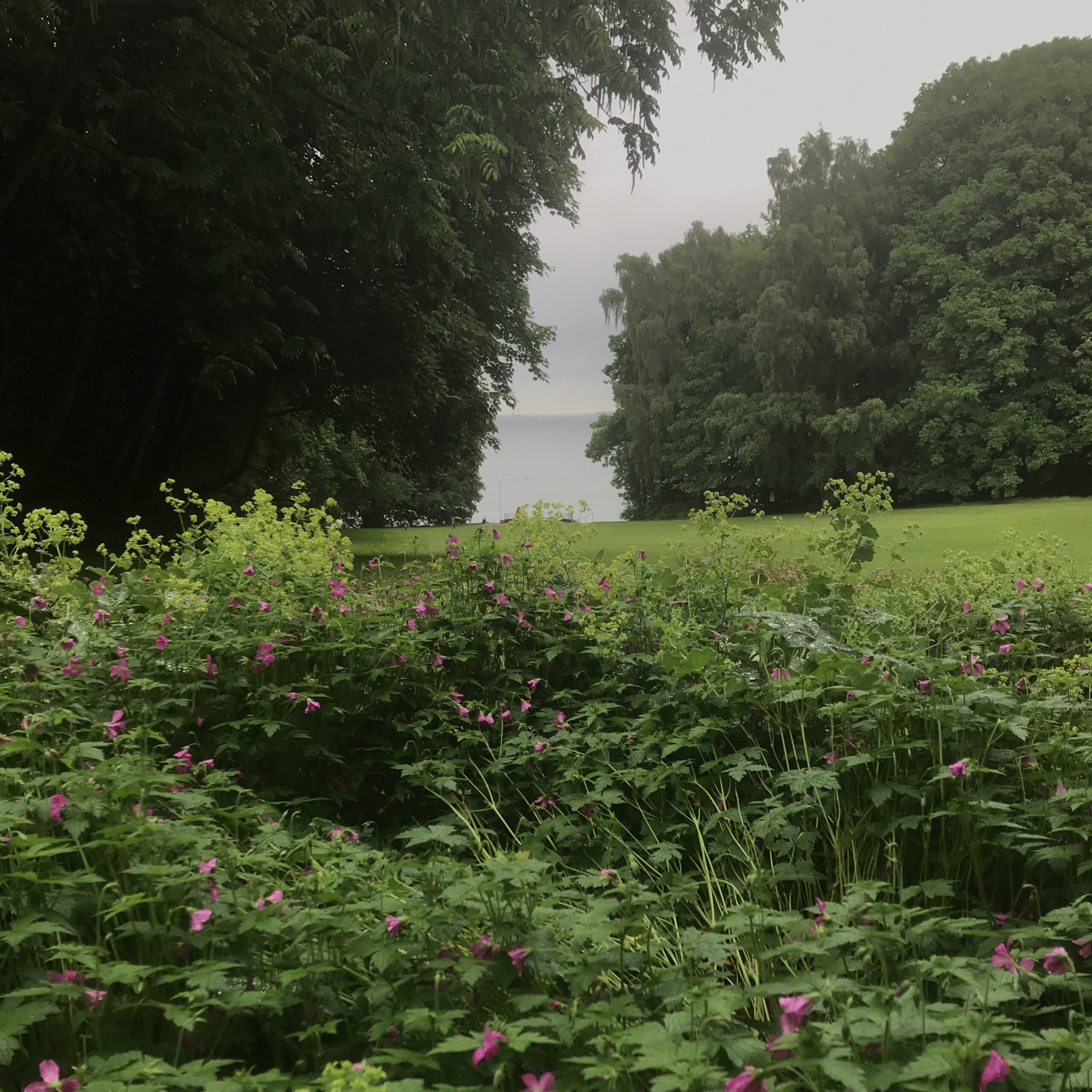 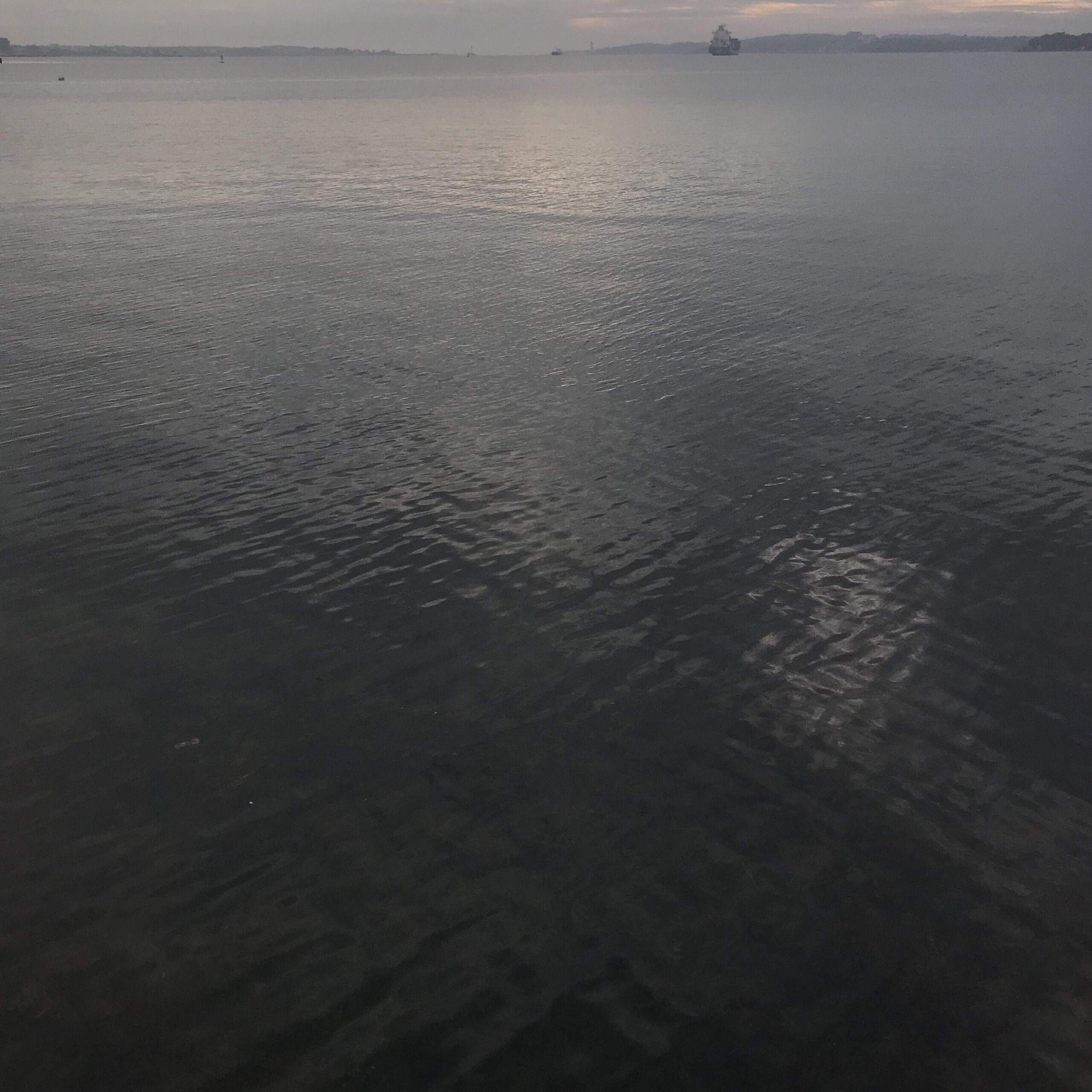 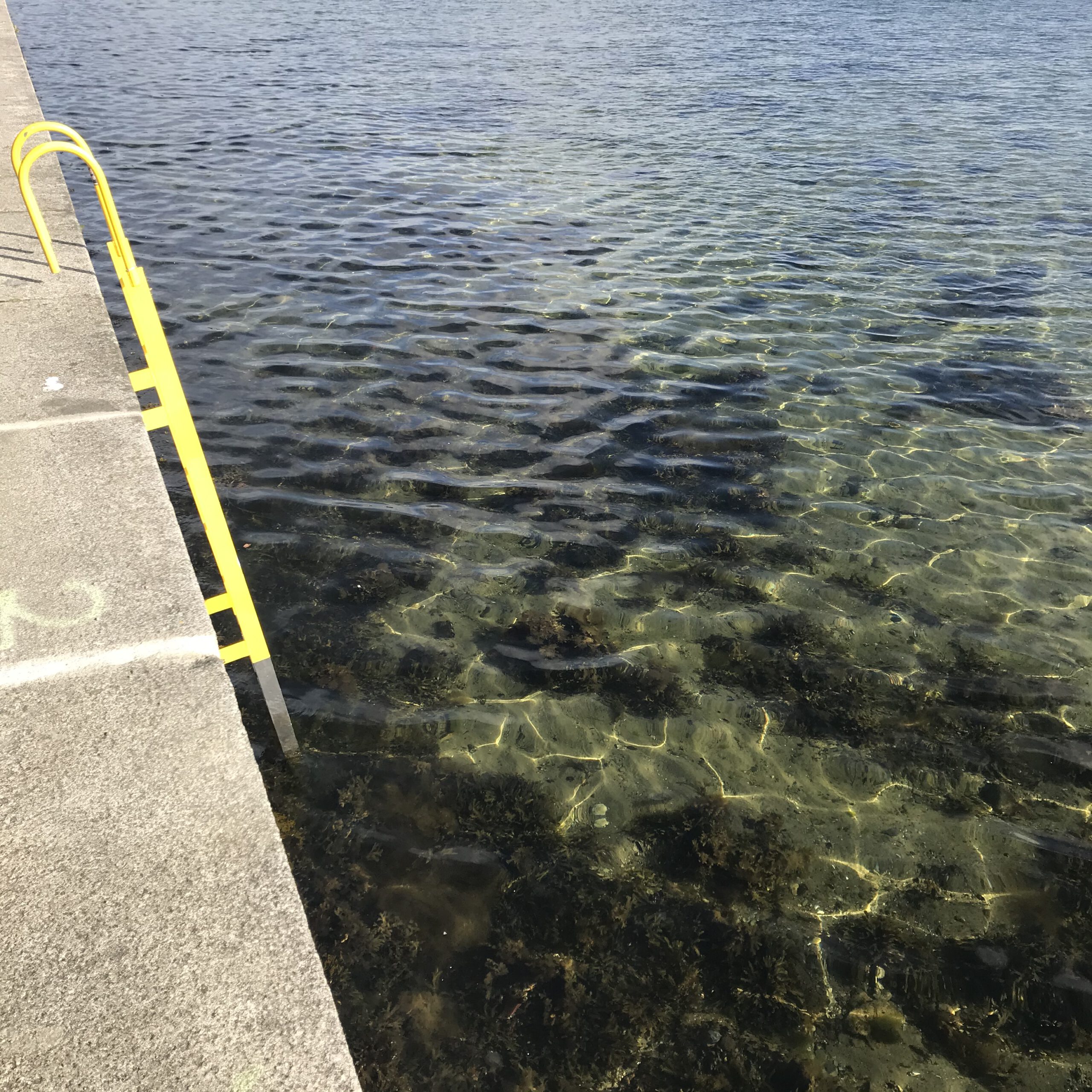 125 years of Kiel canal today! One of my favourite wave watching spots. Even without ships it’s interesting — see how windy it is? Looks like there is Langmuir circulation developing which you see by those rows of foam in downwind direction. 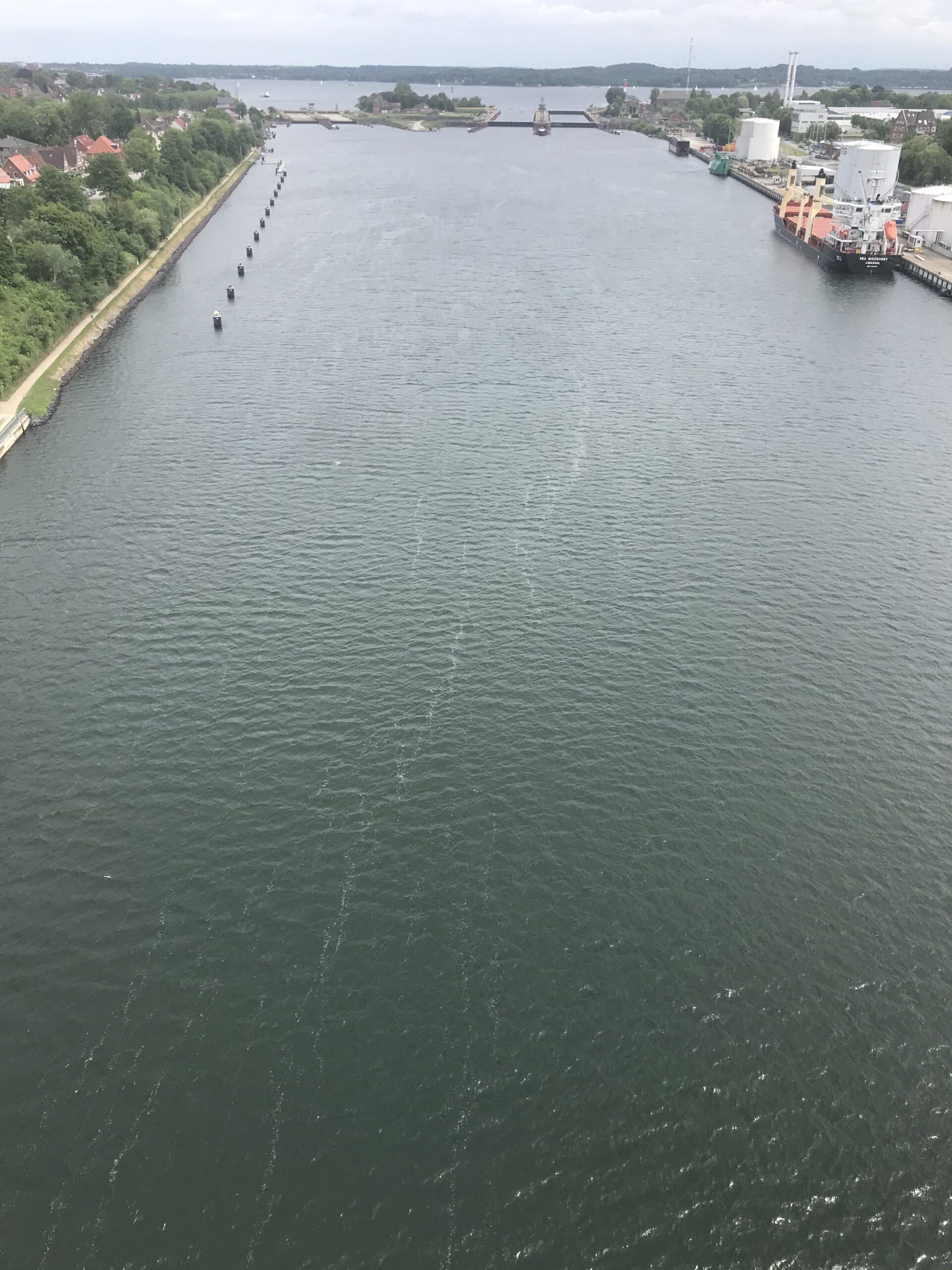 A ship being tugged around in a narrow canal before all that wake action in the next pictures can happen. Quite interesting to watch! 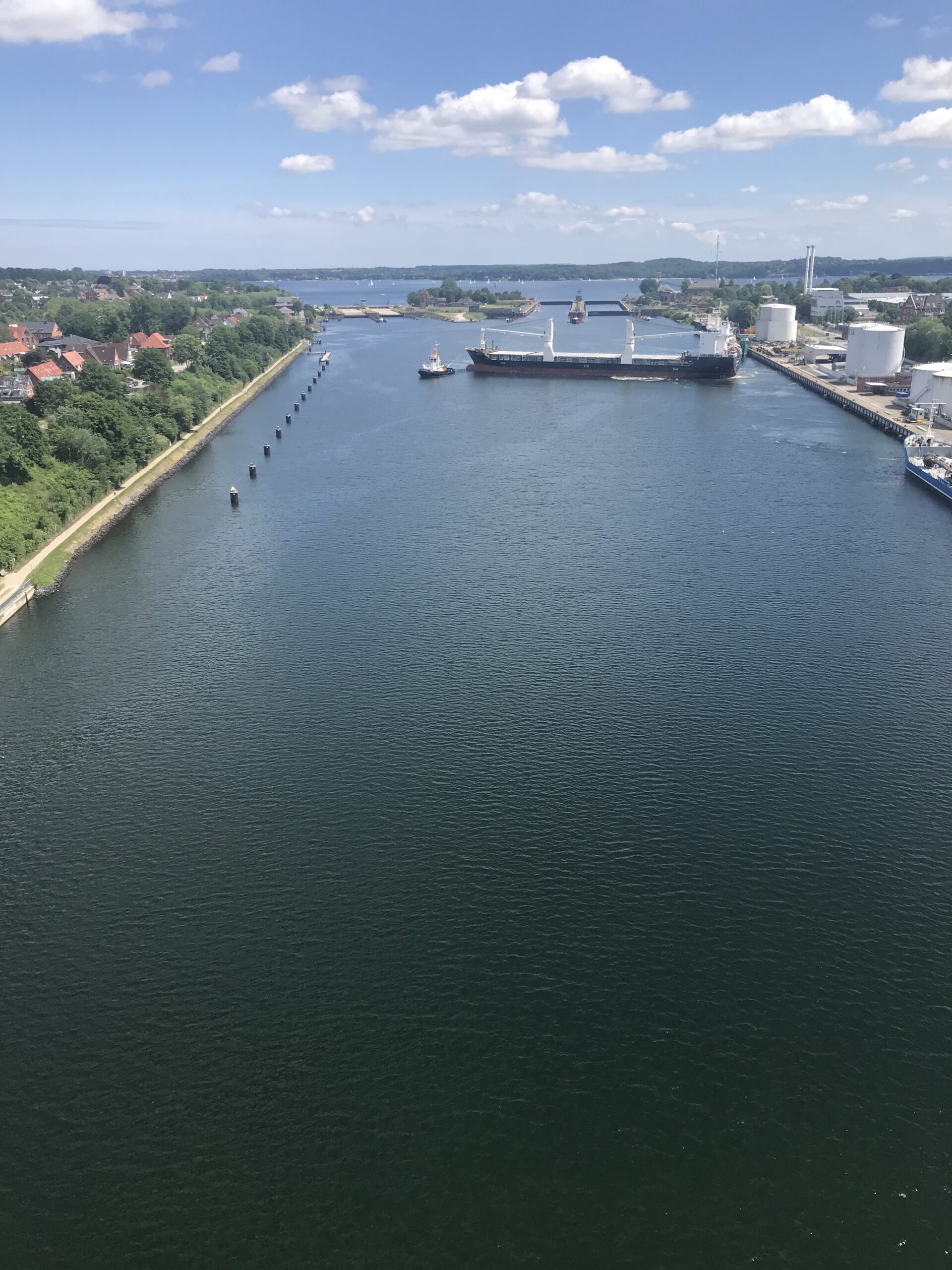 Interesting ship watching today: first a nice wake, then a lot of mud being stirred up in the turbulent wake! I’ve never noticed that as clearly before. 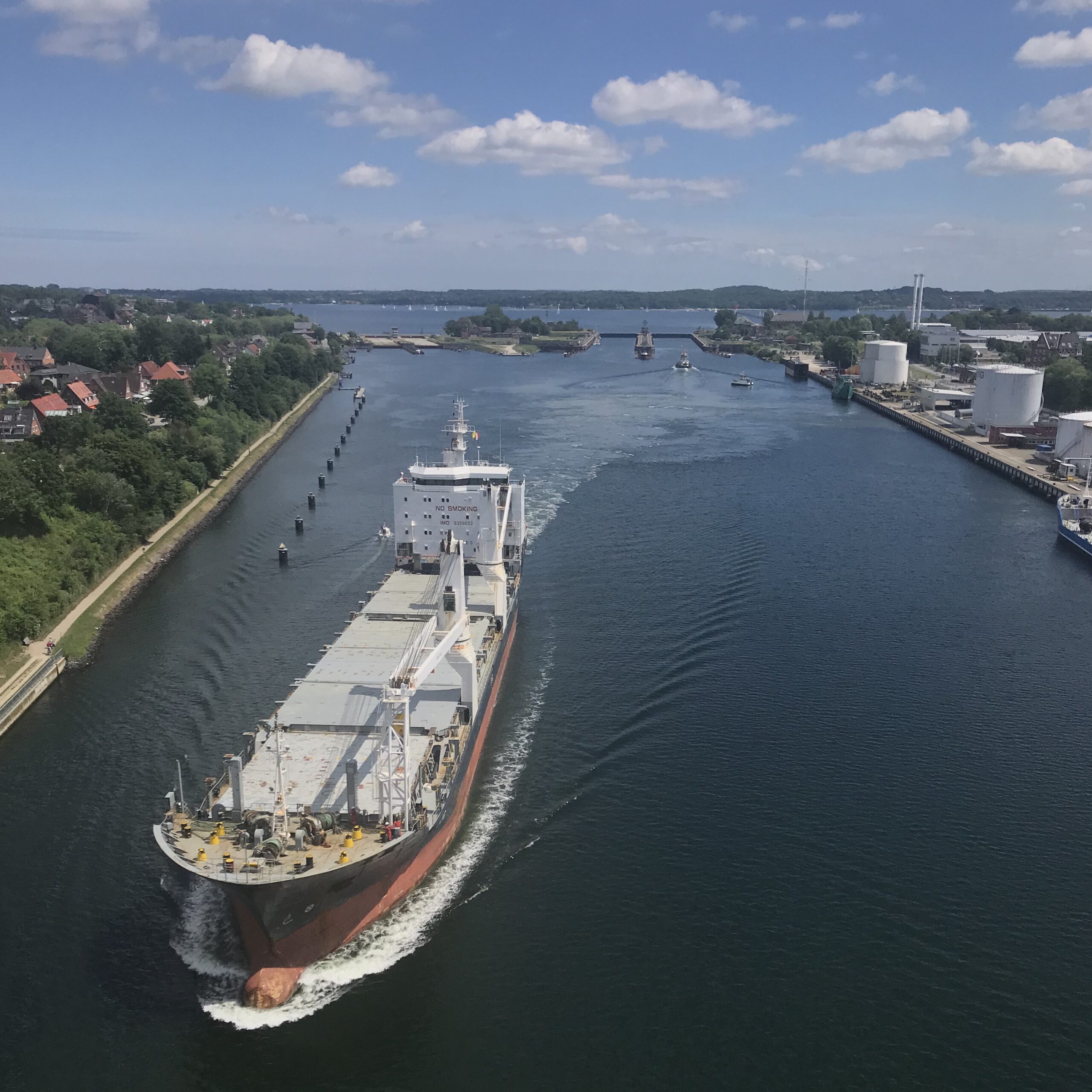 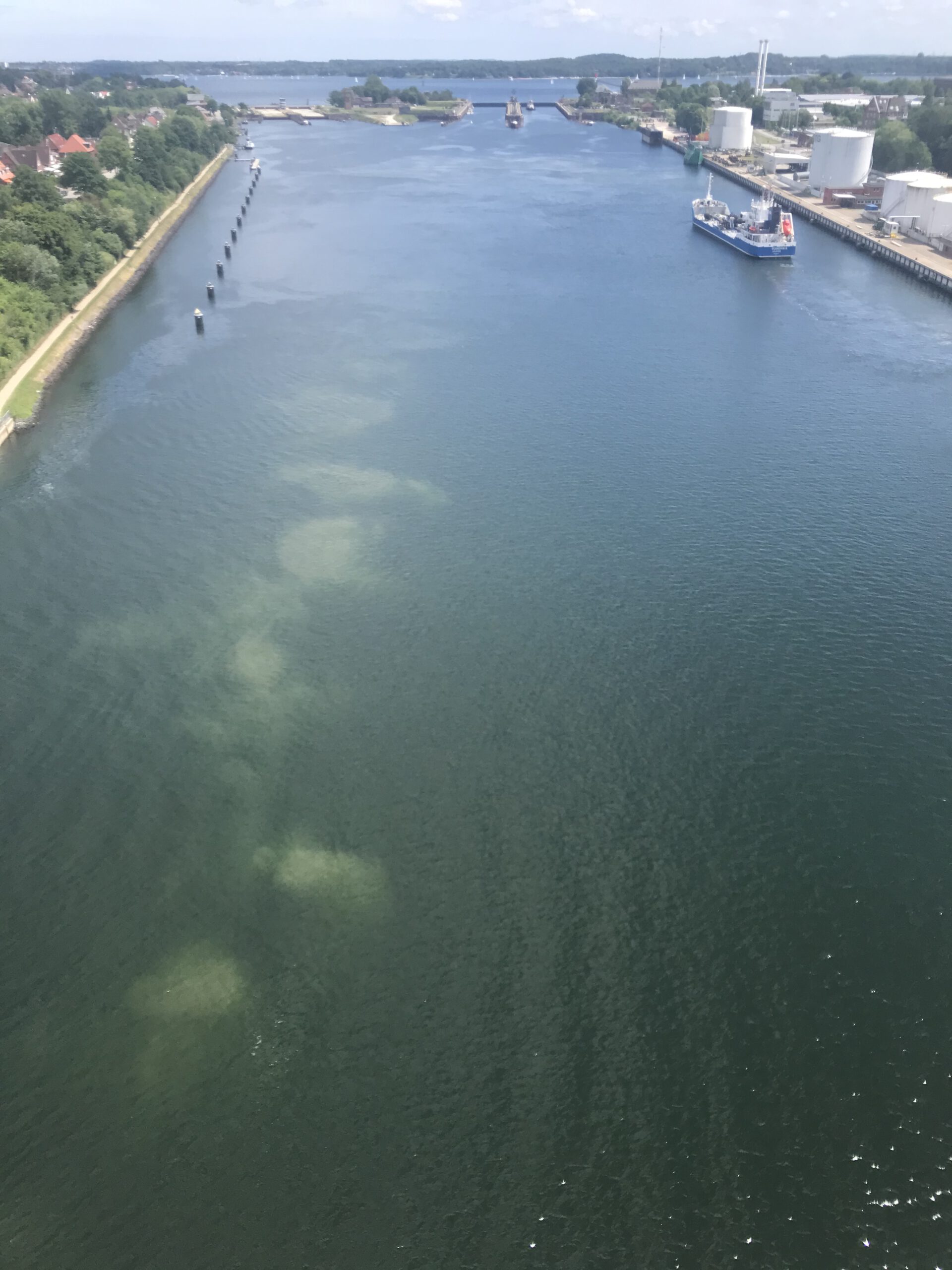 One last wake. Because it’s so beautiful. And because I find the structure absolutely fascinating. A V, consisting of individual wavelets, with a boat at its tip. And the waves filling the space in between the wavelets. Then the turbulent wake right in the middle, showing the ship’s trajectory. So simple, yet so complex. Totally and utterly fascinated! 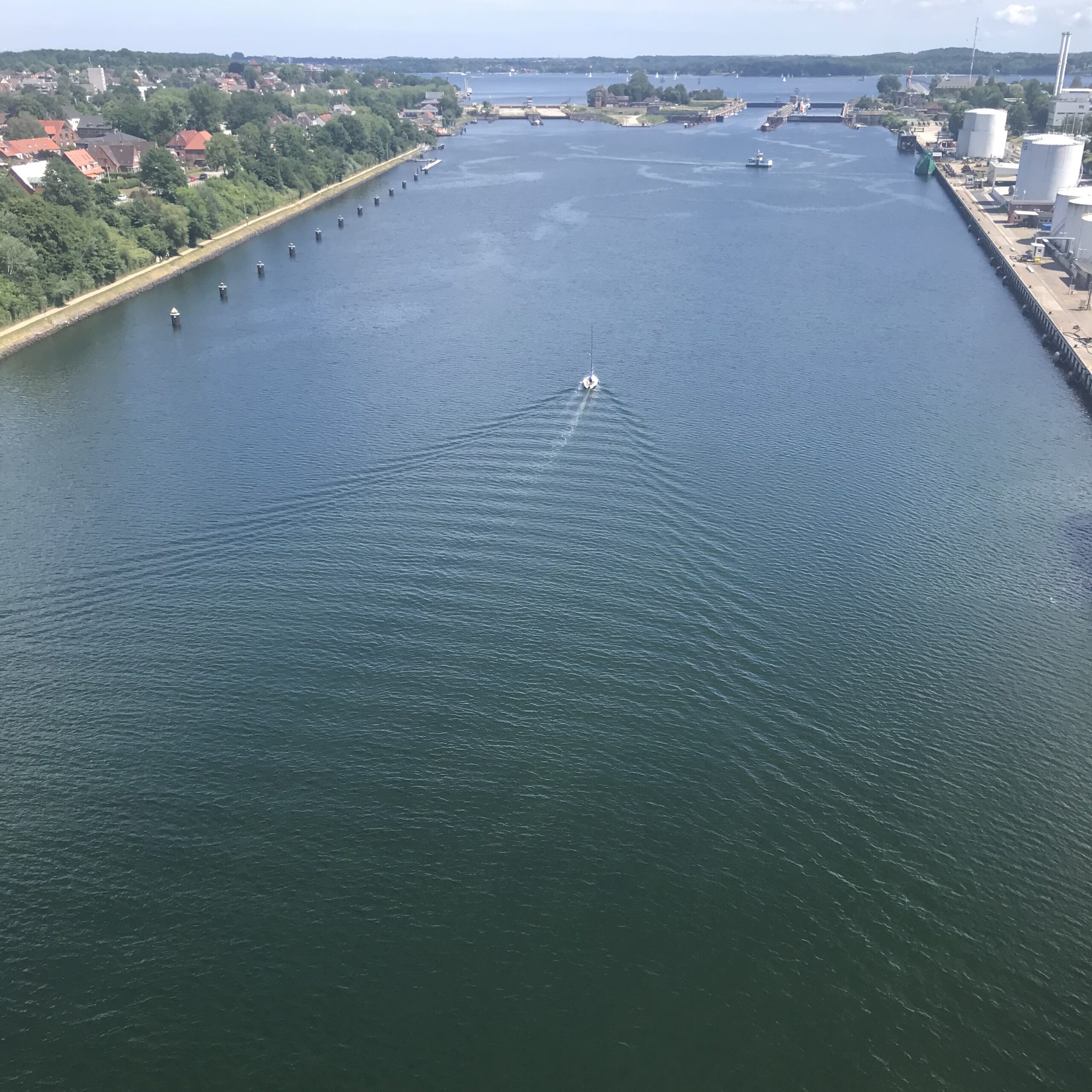 And another beautiful wake. The wavelets of one side of the V are about to reach the shore, the turbulent wake still shows where the pilot boat came out of its berth and sailed towards the locks. 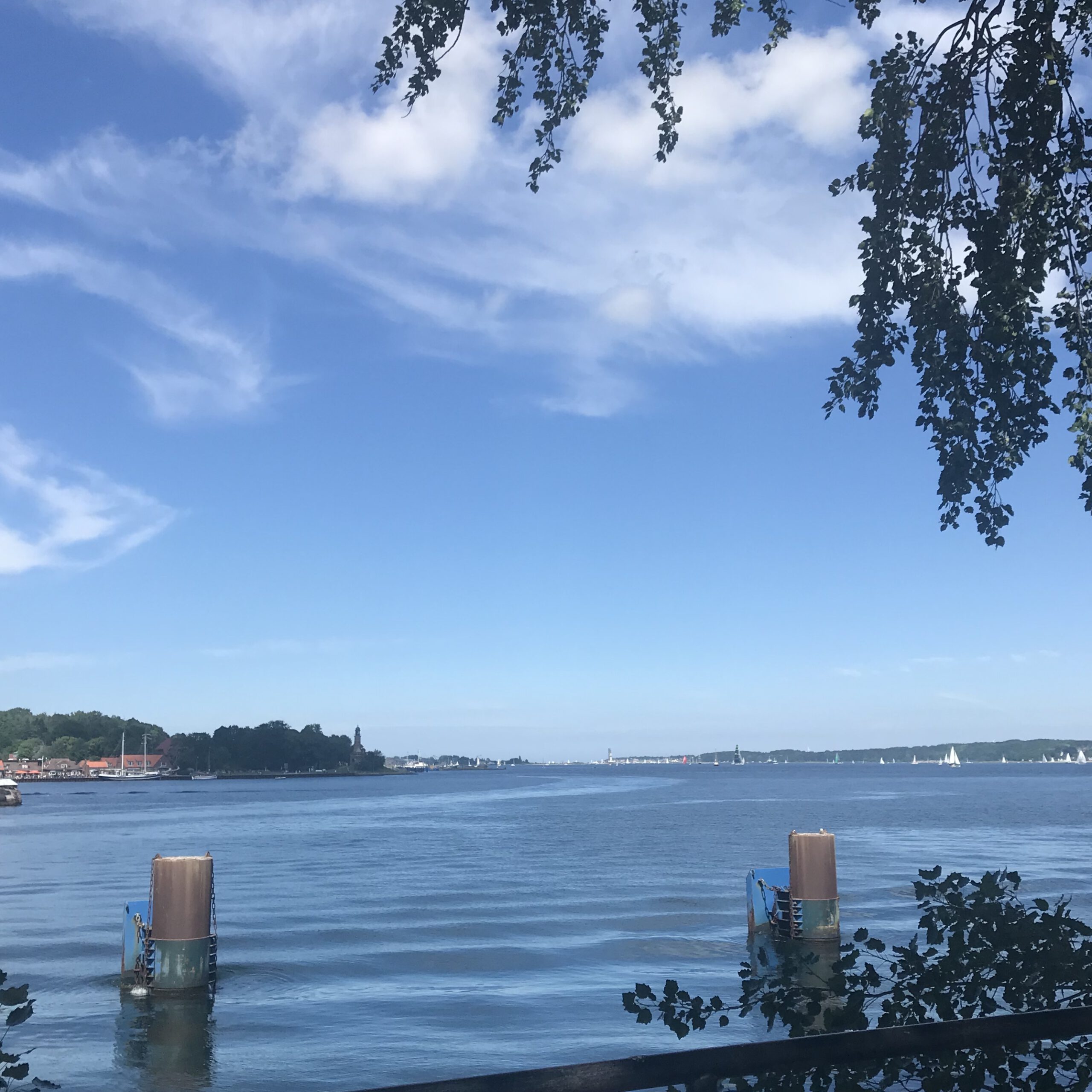 Interestingly, of all the wave pics I send to my sisters & a couple of friends every day, this picture got the most positive reactions in weeks. Which I find hilarious. The one day where there is nothing to see on the water in terms of wave watching and physics, and I have to fall back on taking pictures of other people’s boating houses, people get excited? Really?

And btw, it’s not that I don’t think this boat house thingy is pretty. But don’t you agree that it’s so much more interesting with a little wave action going on (as compared to yesterday’s pic)?

Oh look, that seagull made such pretty waves. Just love the sunshine that they focus on the ground, and the reflection of the bird. What would I do without water? 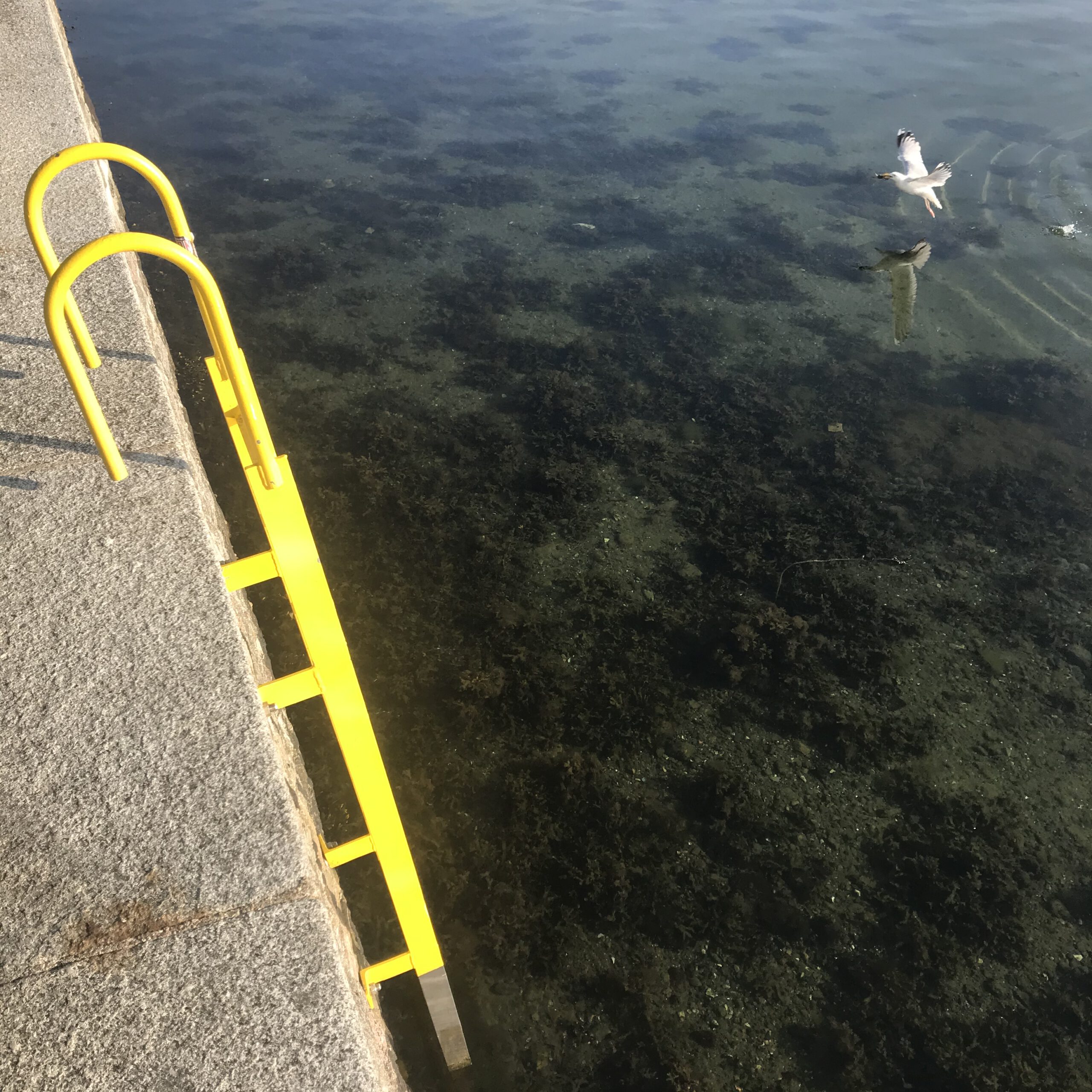 Accidental #WaveWatching in my coffee. You are welcome! :D
(This was actually part of an experiment that I was hoping would show something completely different… ;))

Always cool to see how waves become both taller and steeper as they run into shallow water, until they tuble and eventually break on the beach 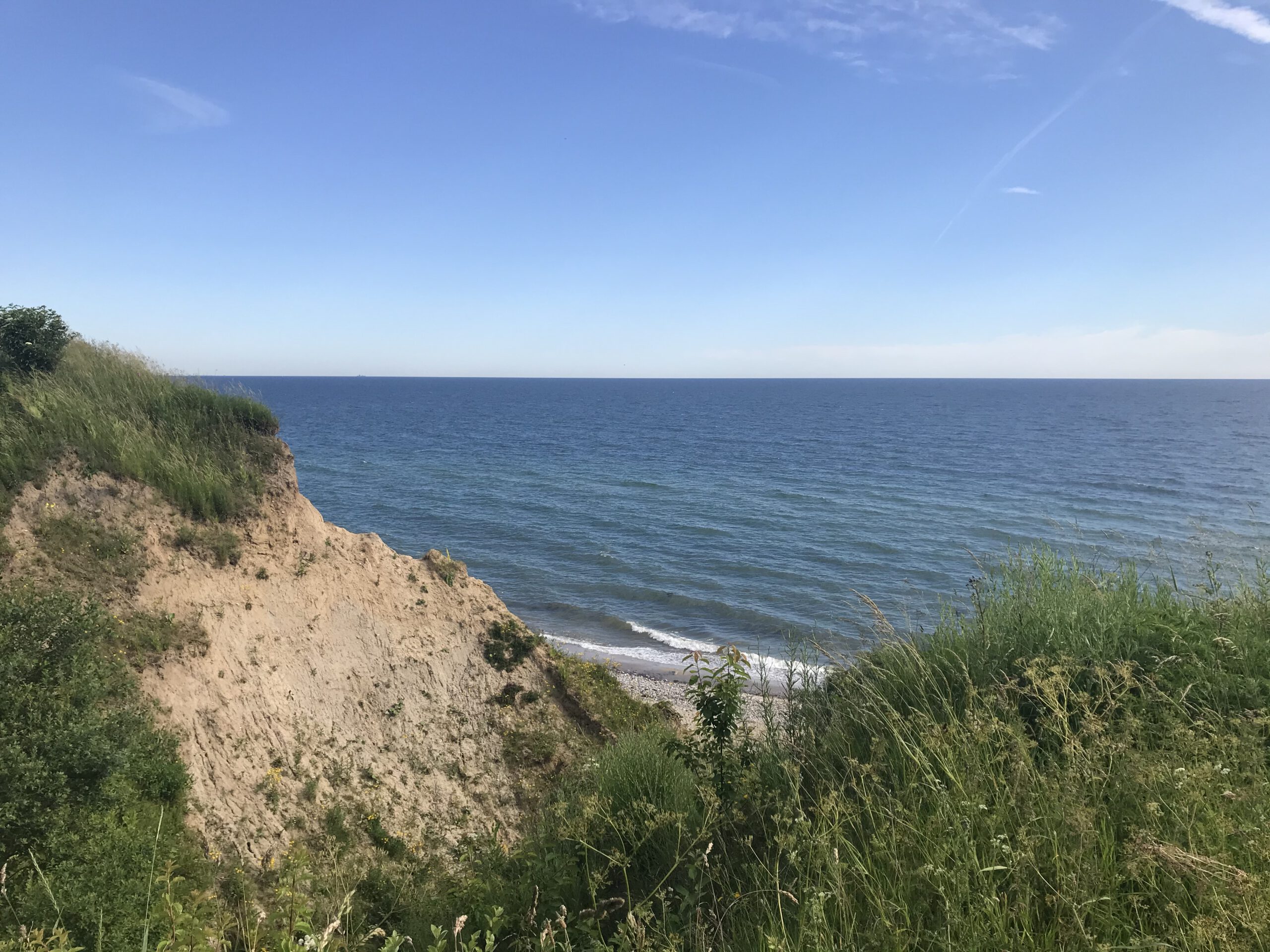 Have you ever wondered about the physics of splashing waves? A wave travelling towards the beach, hitting a rock, and then water and foam going flying everywhere? I am pretty fascinated by the conversion of energy going on in these cases, would you have thought there was so much energy in a simple wave? 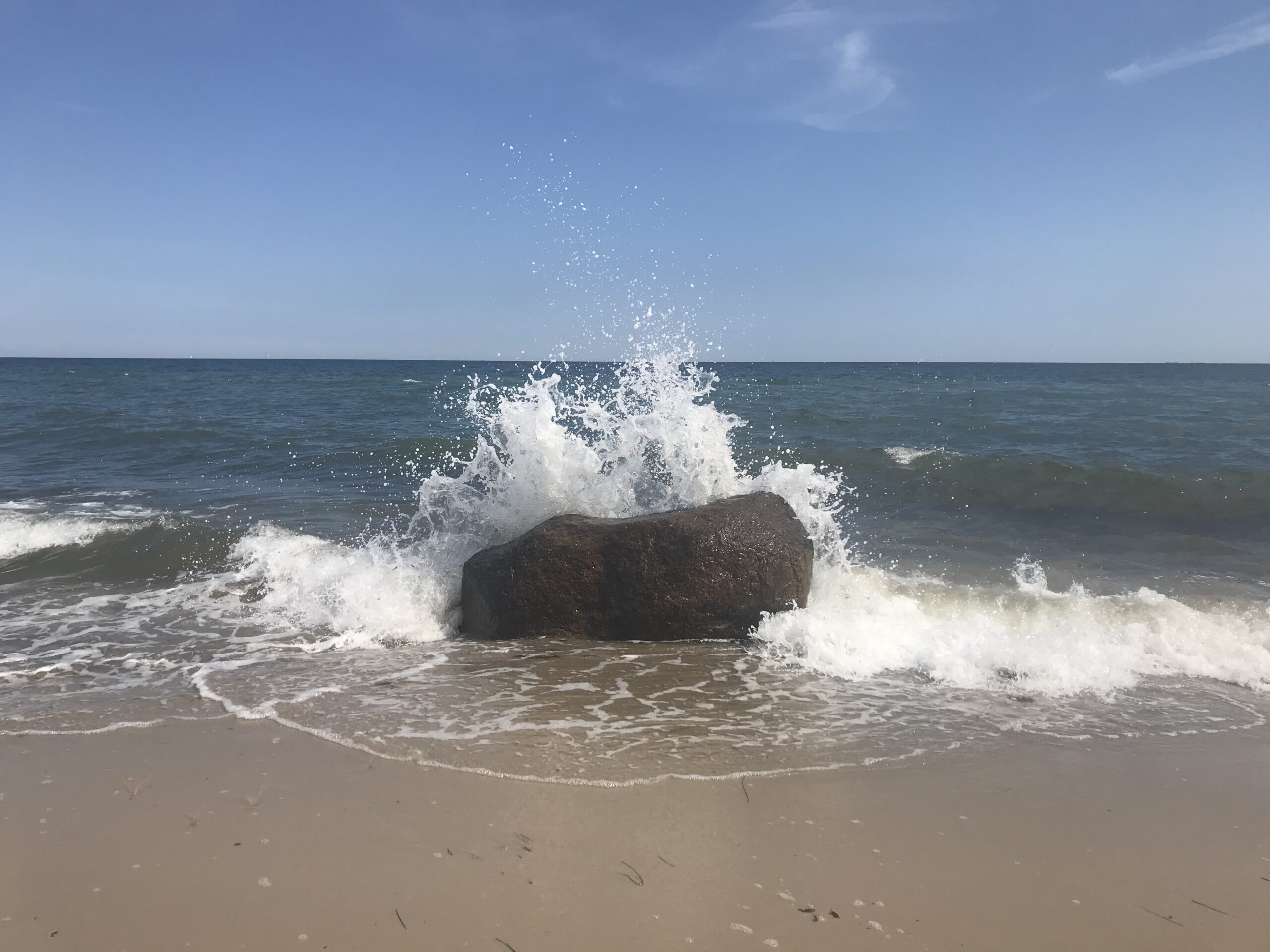 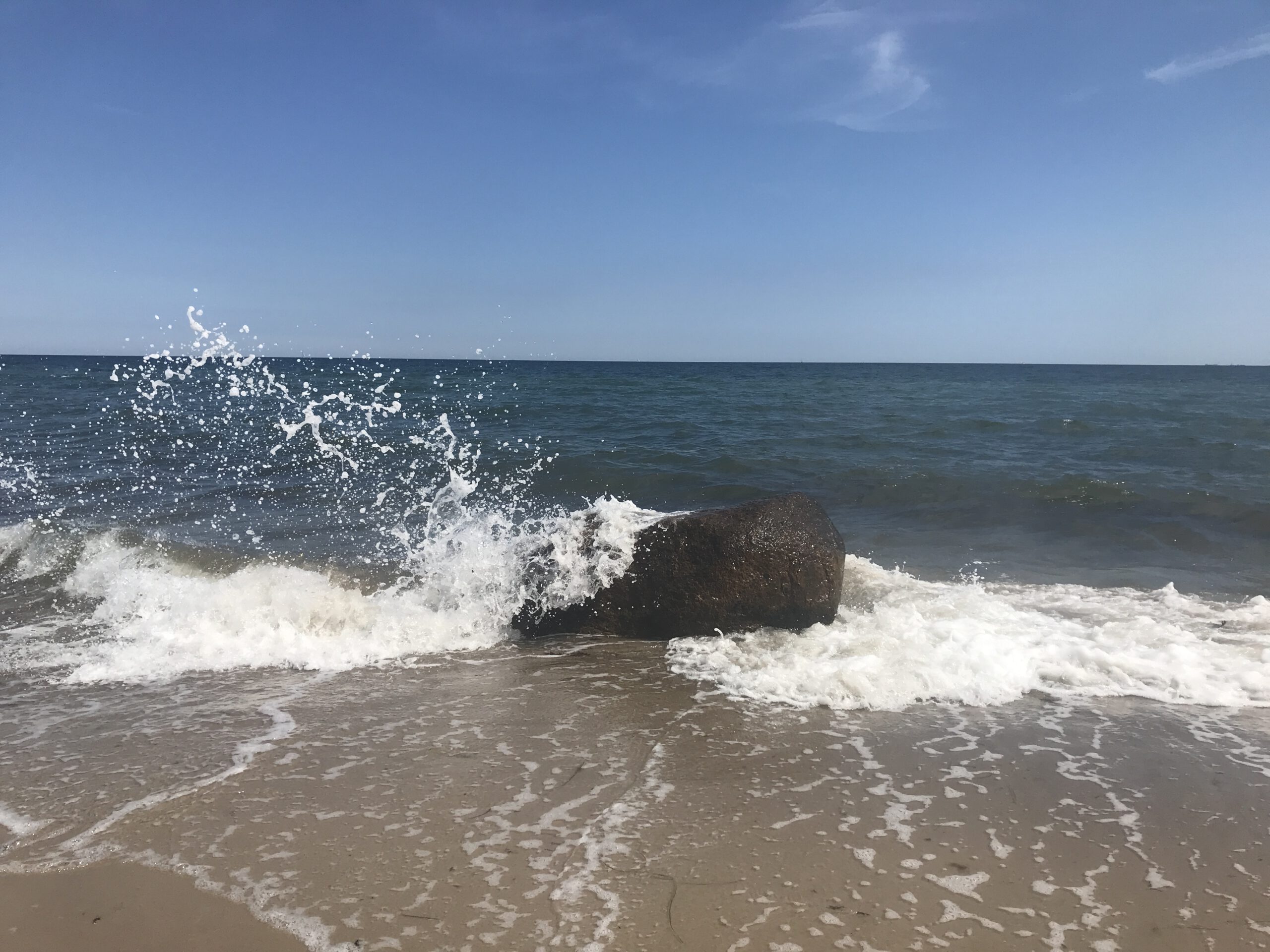 Time for another “seriously. How can water be flying this high up just because a small wave hit a small rock???” moment. Isn’t physics amazingly counterintuitive? 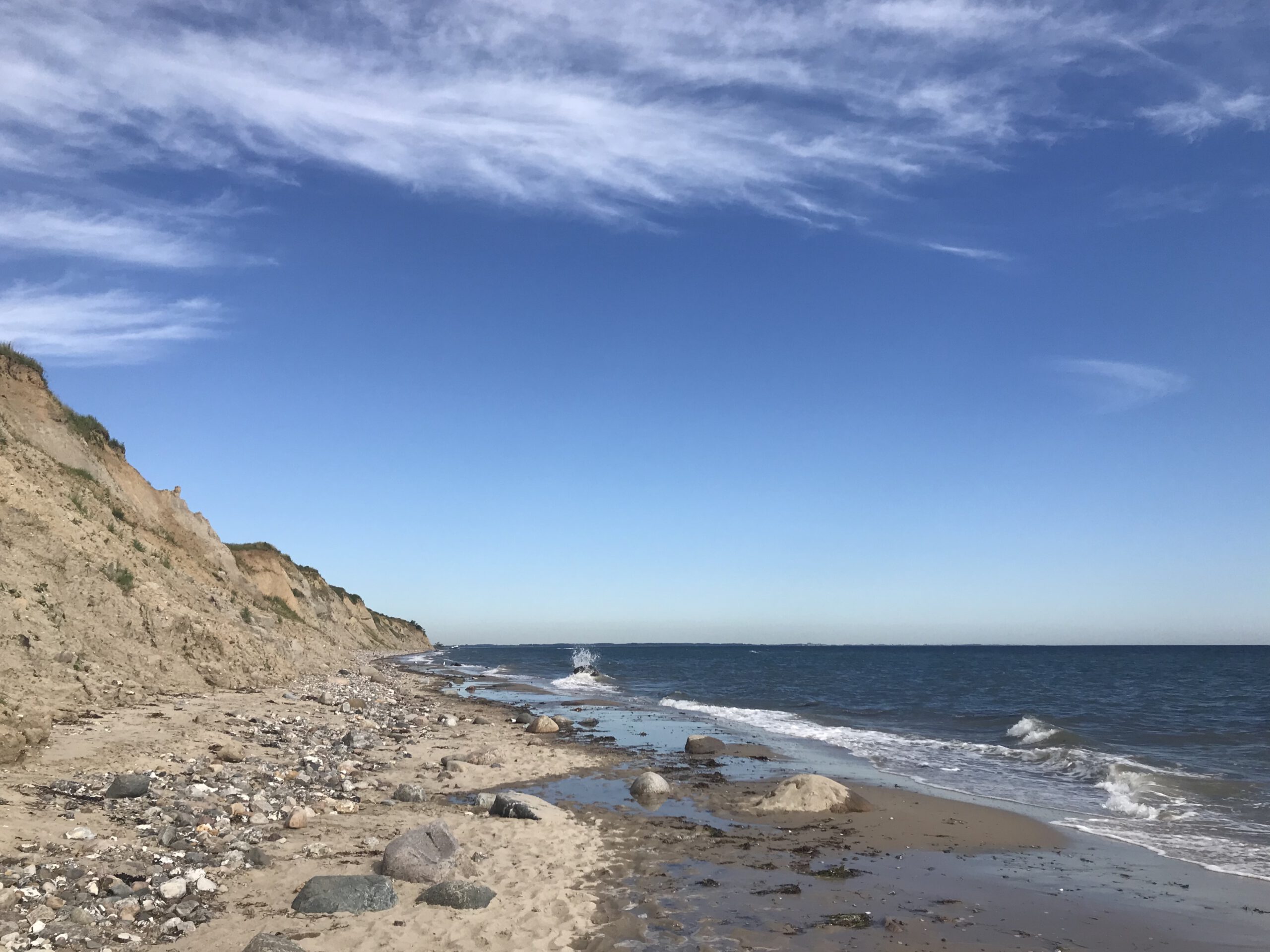 Next, I went and posted my first IGTV video! It’s the “turbulence in rotating and non-rotating fluids ones” that you probably know already… ;-) But curious to see how it’s being taken up!

And that’s it for now. Happy wave watching, everybody!