Another recap of a week on my wave watching Instagram @fascinocean_kiel. Enjoy!

Best thing for my mental health: Running along the waterfront. Bonus if it includes wave watching as it does today: See how in the reflections of the lights there are zones where the water is almost mirror-like (those are the sad zones: no waves) and then there are dark zones with hardly any lights reflected (where the breeze roughs up the surface) and then there are those in-between zones, where you can see individual waves. Lovely evening!⁠

How is it that I am sooo happy to be home and at the same time this view makes me long to be back at sea?⁠ 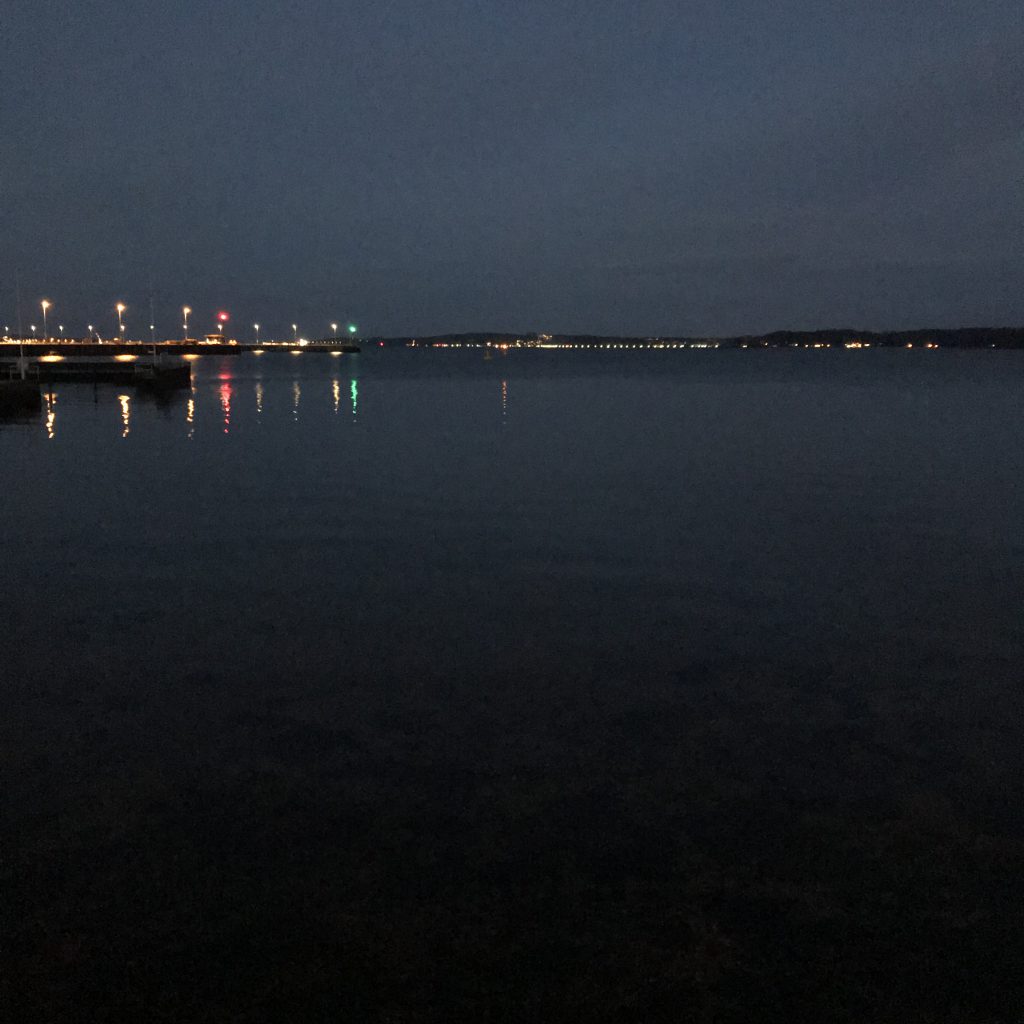 Meetings at GEOMAR are always a welcome opportunity for me to take the slightly longer way along Kiel fjord for some wave watching. Today see how waves close to the boat house have a completely different direction than those closer to the shore? 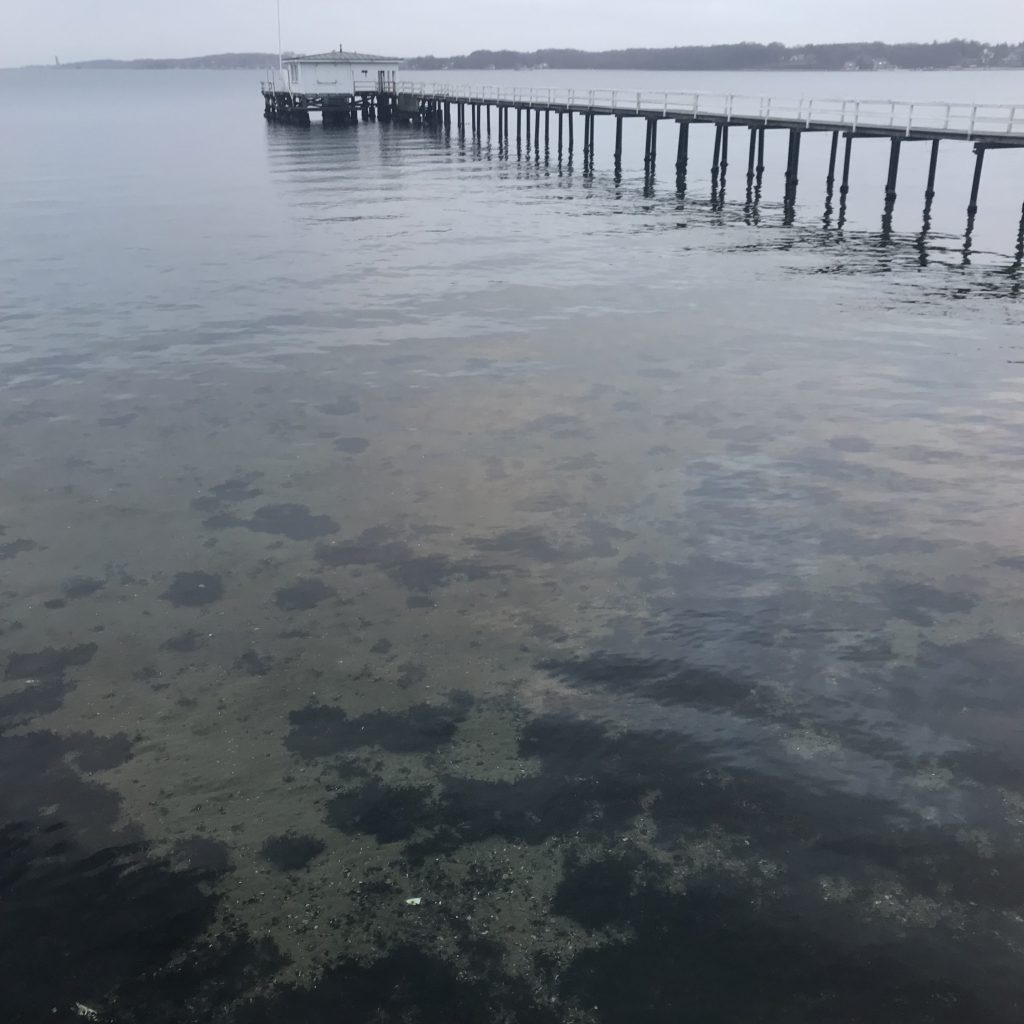 That’s because the ones closer to the shore are the reflection of the other wave field. 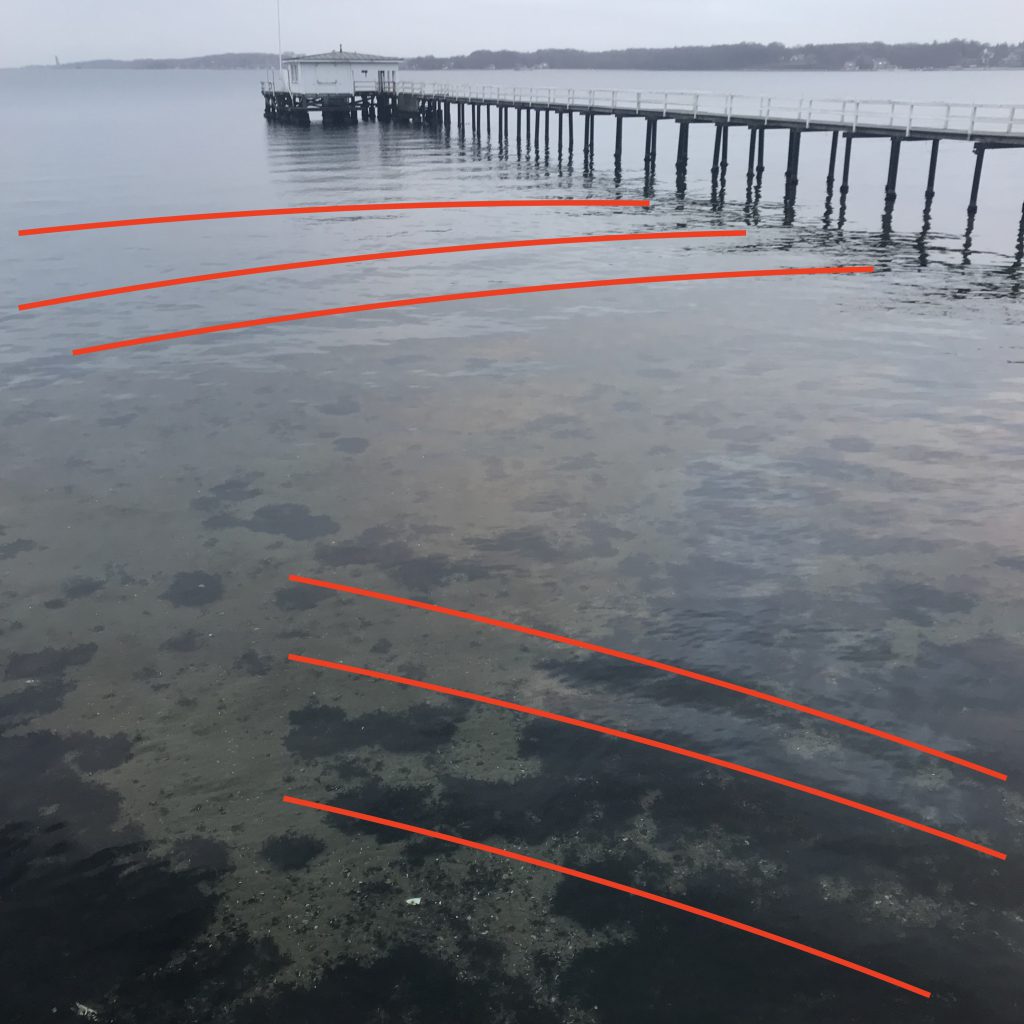 This might not be so surprising to people who don’t look at Kiel fjord as much as I am, but what is the Sweden ferry doing there? Why is it turning on its way into port rather than out? The seagull seems as confused as I am… :-D 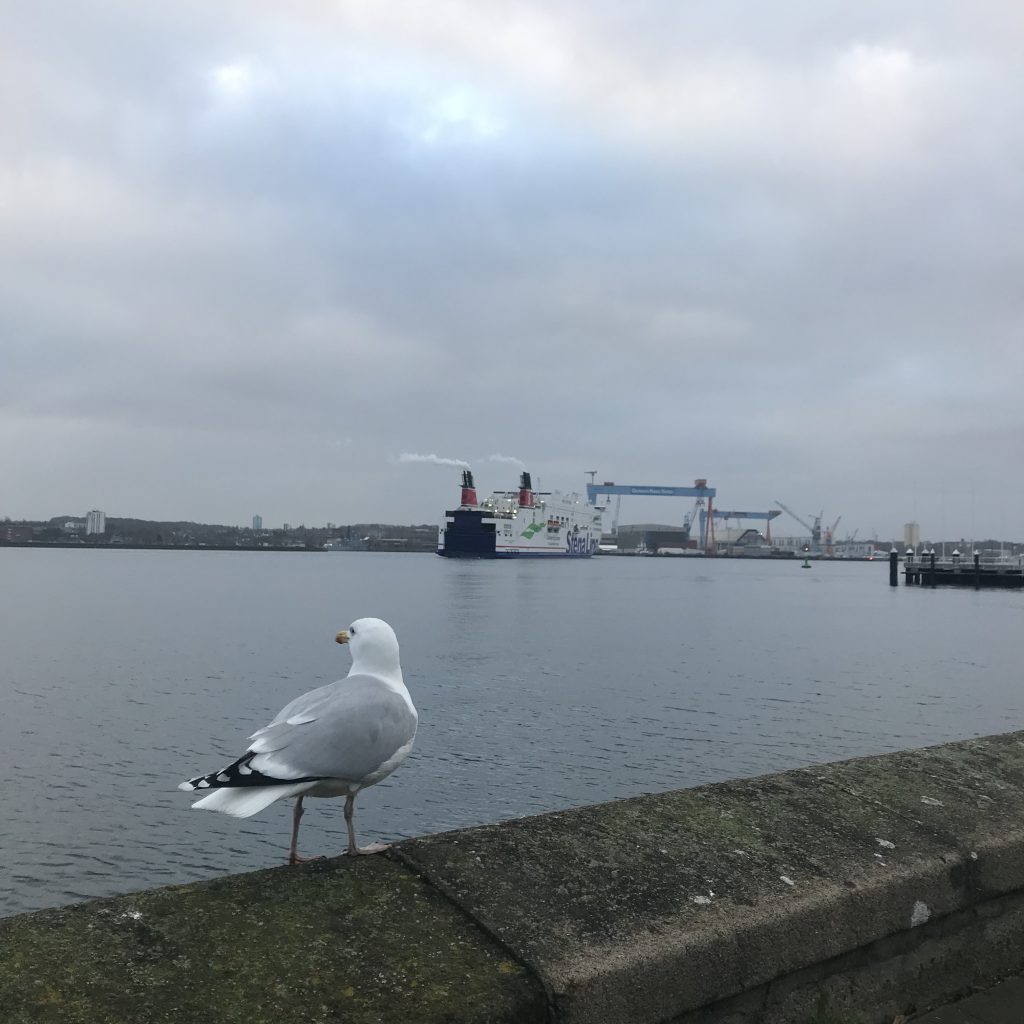 But: enough reason for more wave watching (not that I ever need more reasons to wave watch than just wanting to do it…). This corner between the sea wall and the solid structure of the pier is always great for reflections and interferences! Can you spot the two wave fields, the original and reflected one? 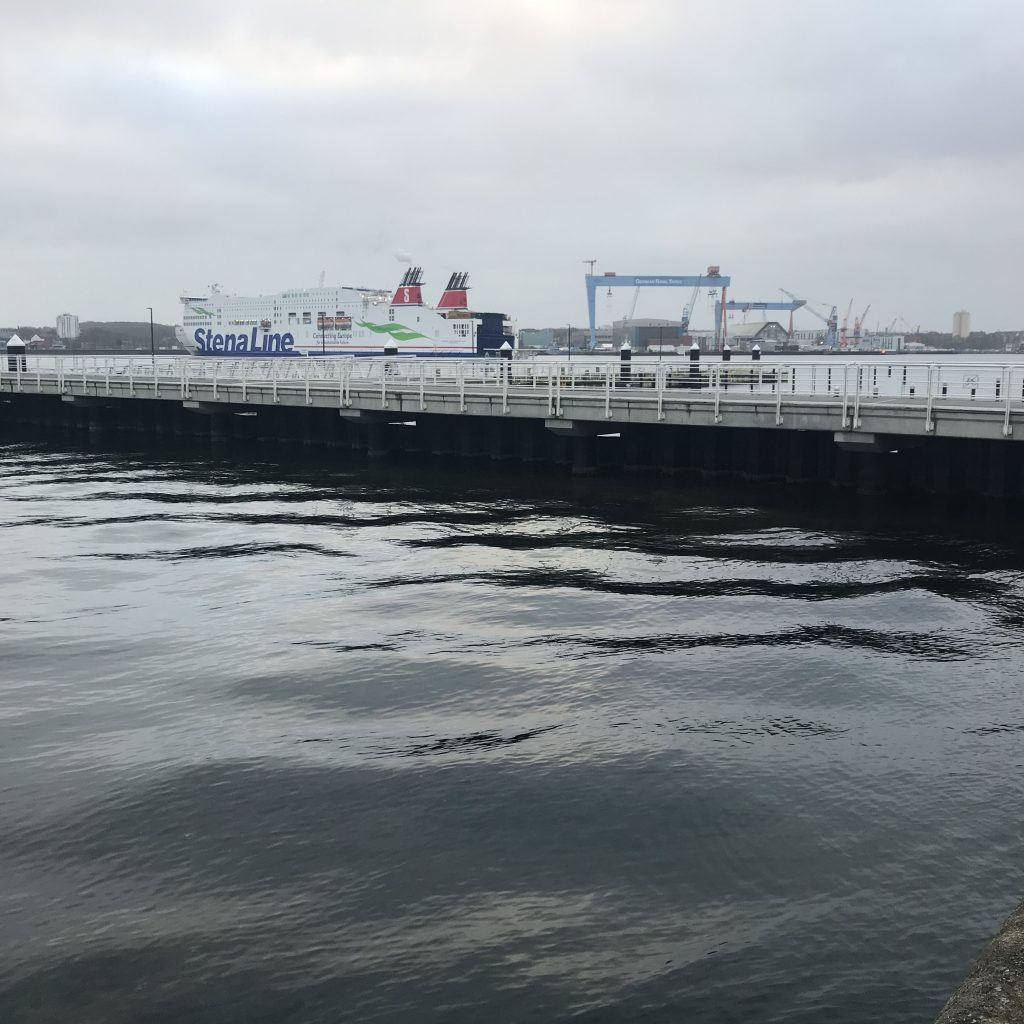 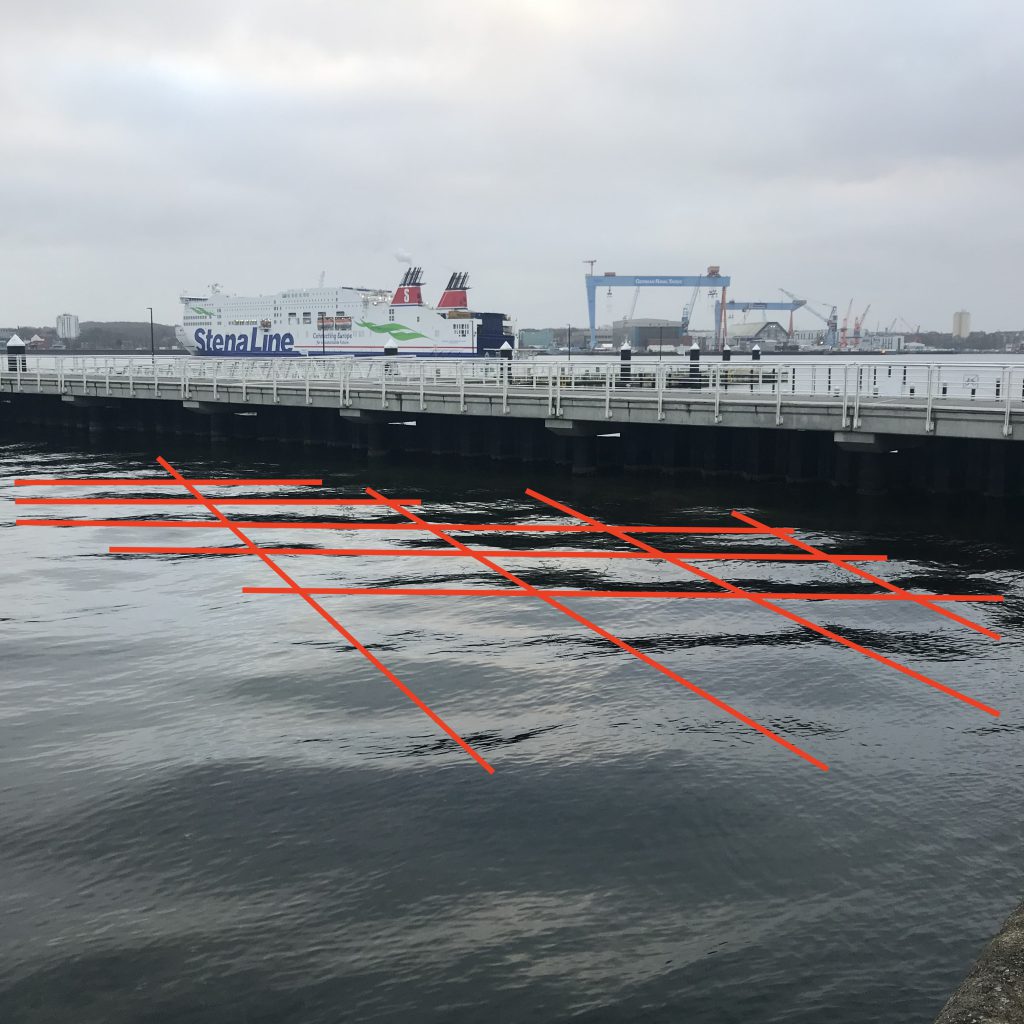 Well hello, thanks for making these beautiful waves for me, little buddy!

A wake approaching the pier! How do I know? Because there isn’t any wind here (which I could feel, but which you can also see because there are no ripples on the water) and the wavelengths are too short (and the waves too far in the fjord) for the waves to have traveled here from a distant storm somewhere in the Baltic.

Also, if you quickly turn your head (or look down to the next pic), you can juuust catch the Sweden ferry disappearing around the corner into the mouth of the fjord — she’s the one who made the wake (and it only arrived at the shore when she was already this much further along!). 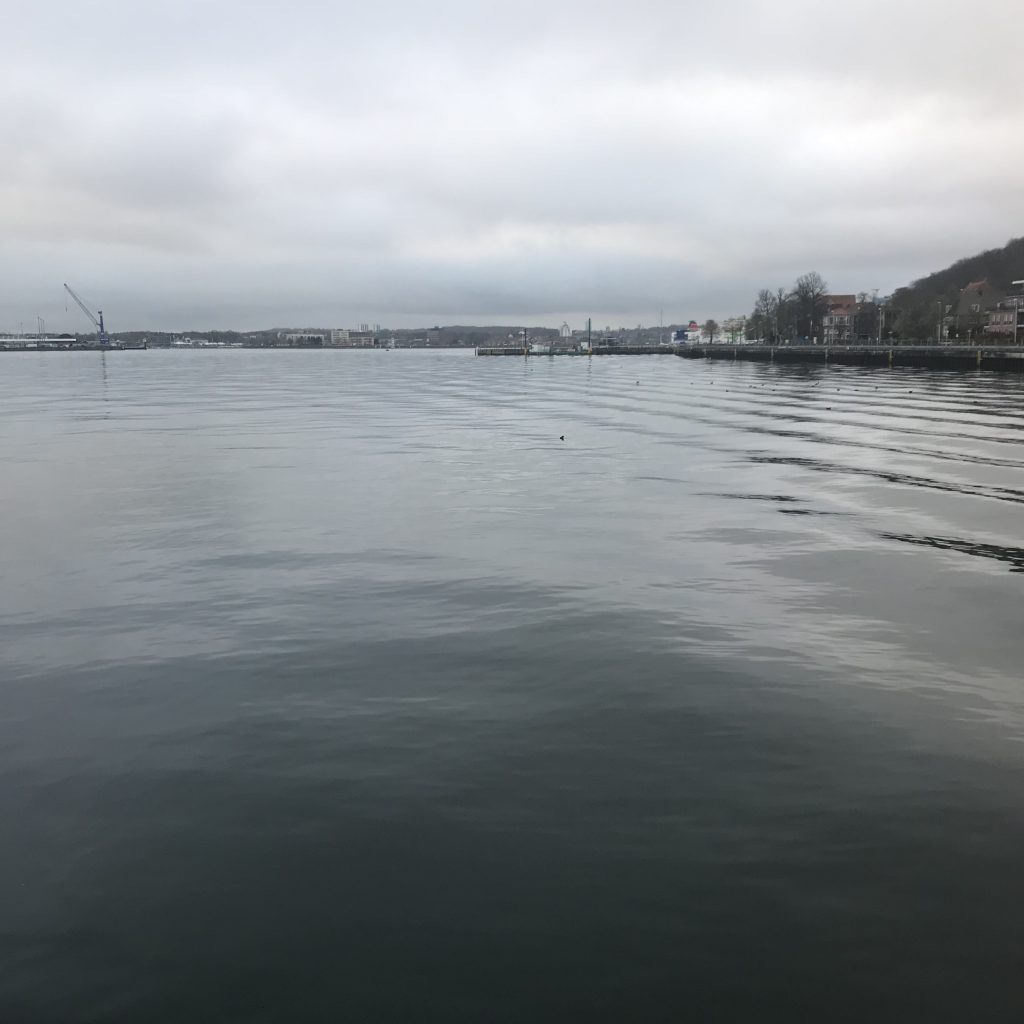 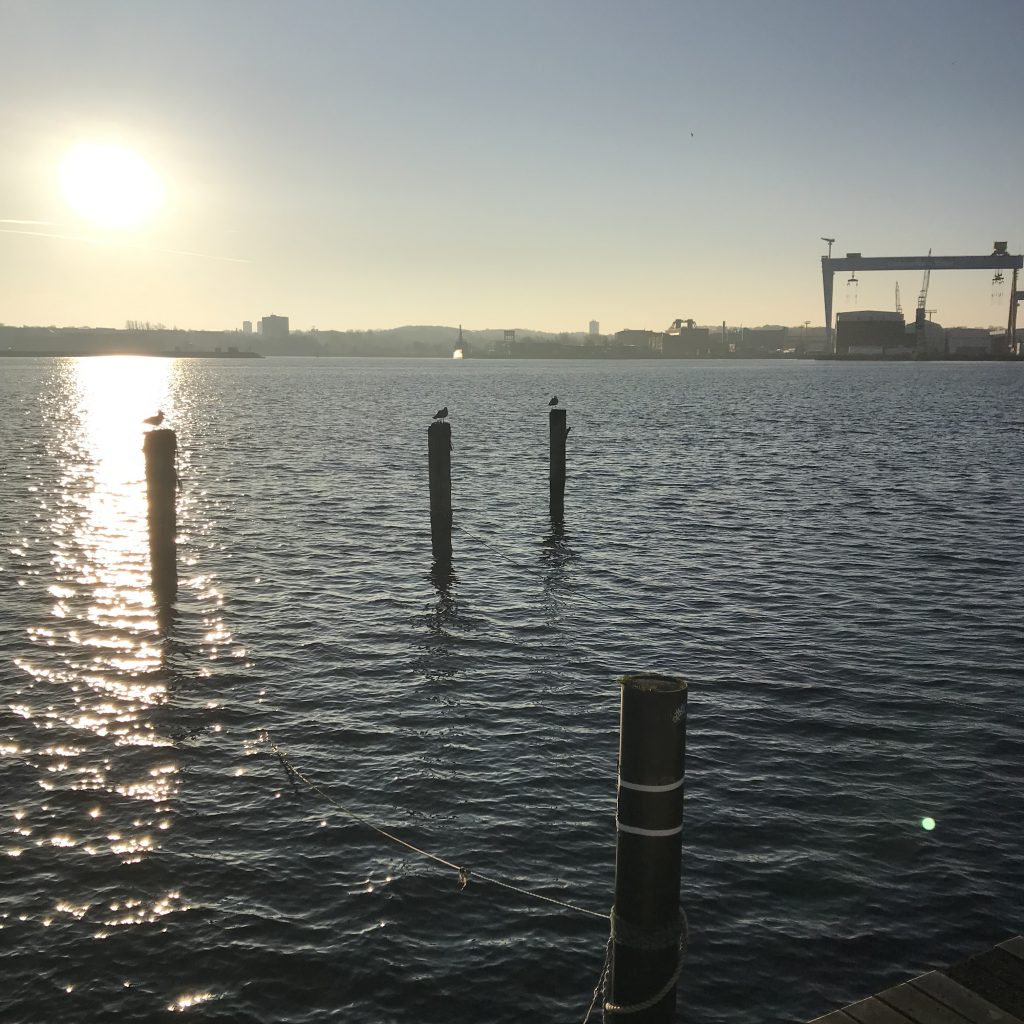 This is an interesting wave field: Inside the inner harbour, therefore relatively sheltered from the wind and big waves. Yet windy enough to create all these ripples on the waves that made it into the harbour! (And don’t you just love the sun? Yep, yesterday’s picture…) 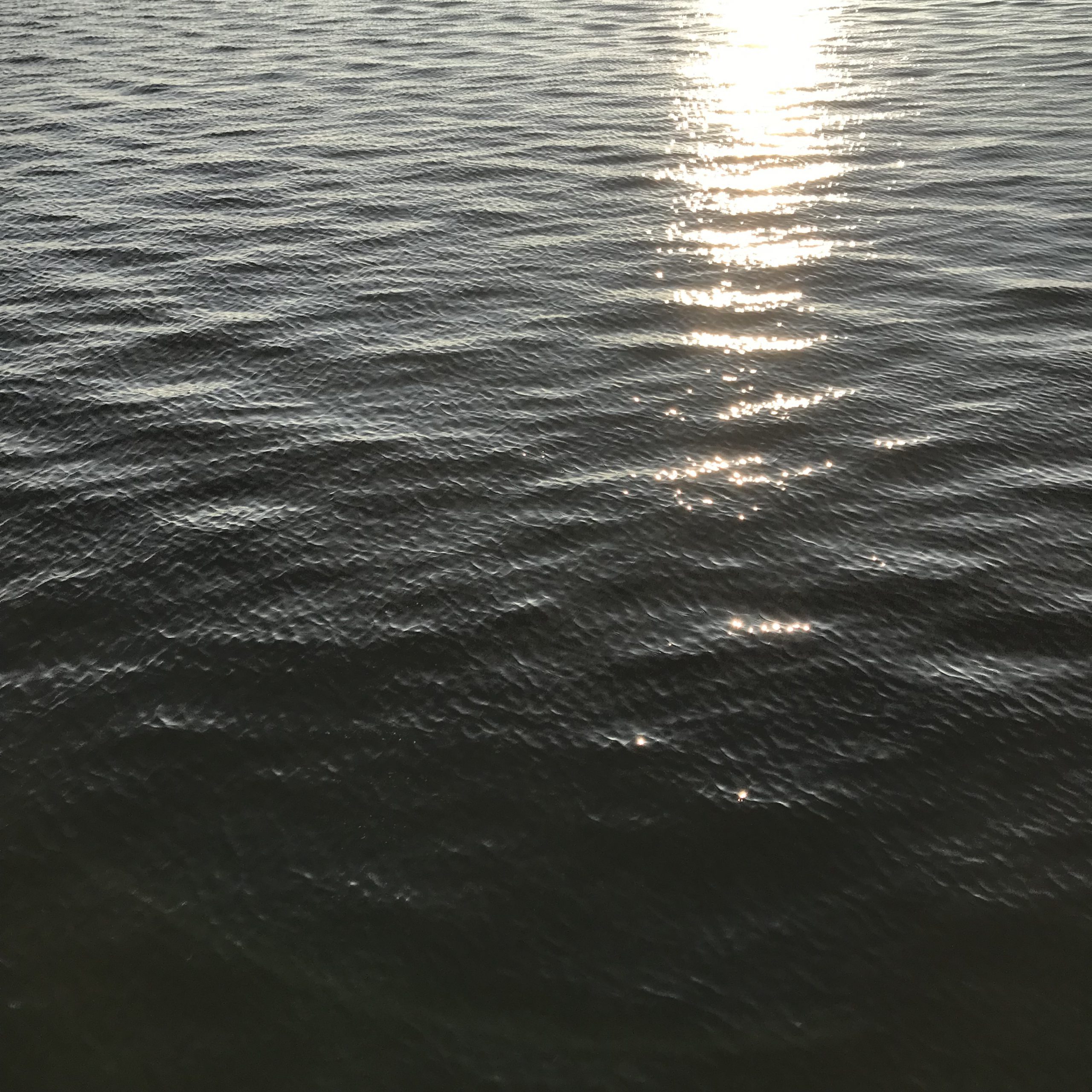 Lovely day for a swim in the sun! And with such bright light, reflections on the surface are so strong that you can’t look into the water from this angle (which you could on the picture I posted a couple of days ago on an overcast day!) 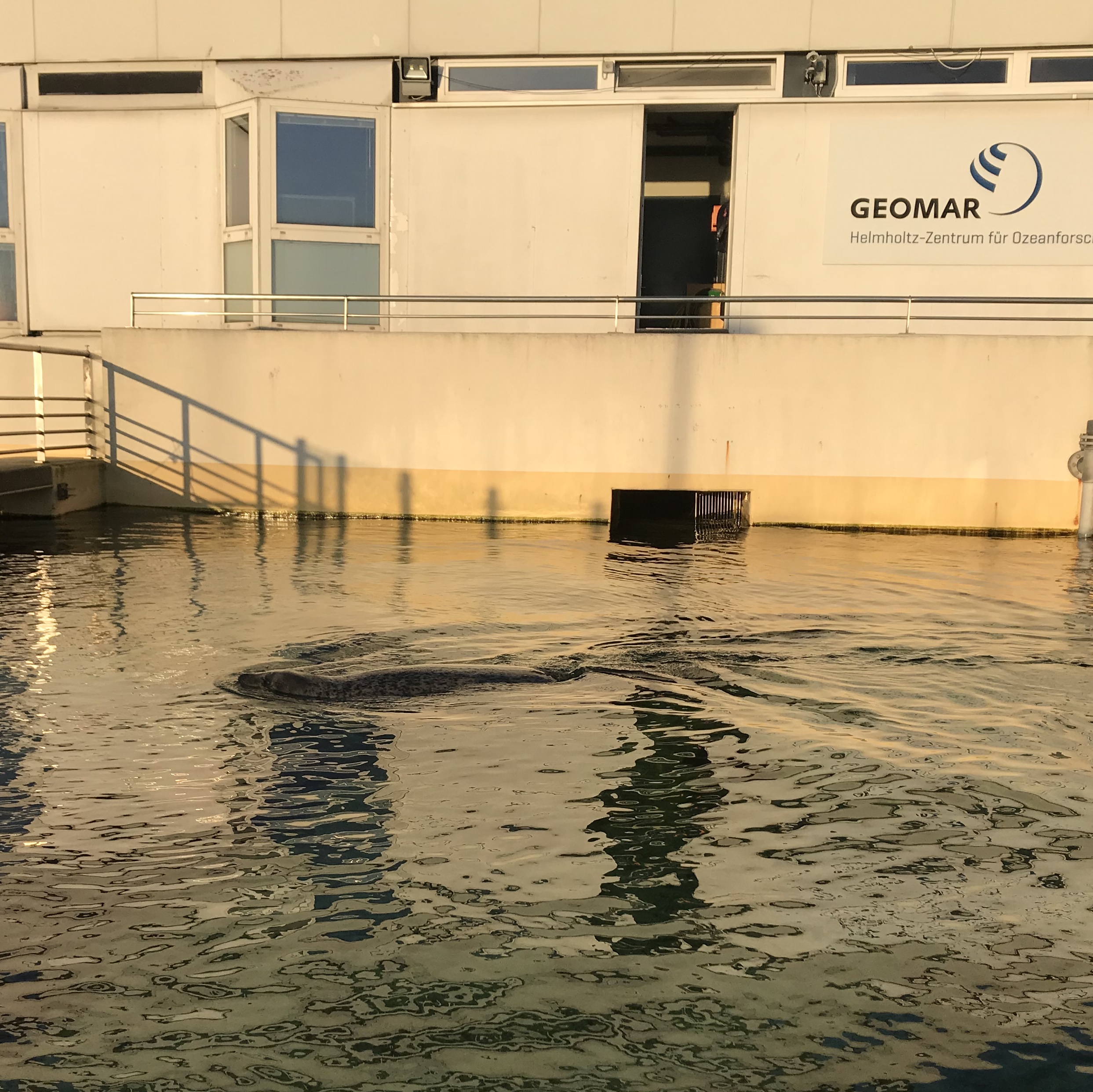 Here the waves making it into the sheltered, inner harbour are reflected on the straight edge of the sea wall and make this beautiful, very regular wave field. See the ring waves radiating from that pole? The thing in the lower left corner is some reflection on my phone’s lens, it’s not on the water… 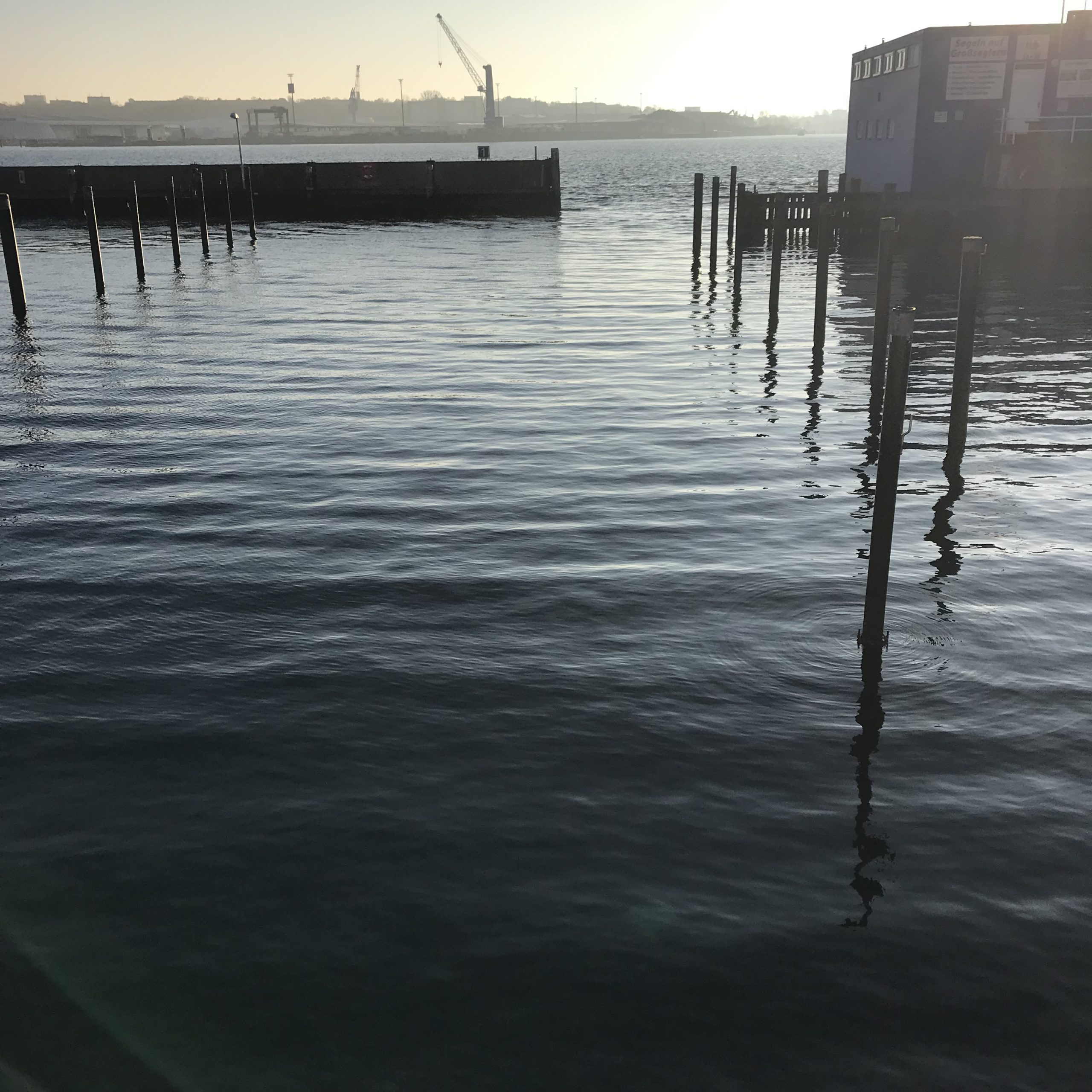 Love the tiny ripples on the waves, and the contrast between the “sea state” outside and inside the harbour basin!

And this is what it looks like when you look from the edge of the harbour basin downwind. From the right, waves are travelling around the edge of the wall, but new wave ripples only start forming quite some distance downwind of the wall! 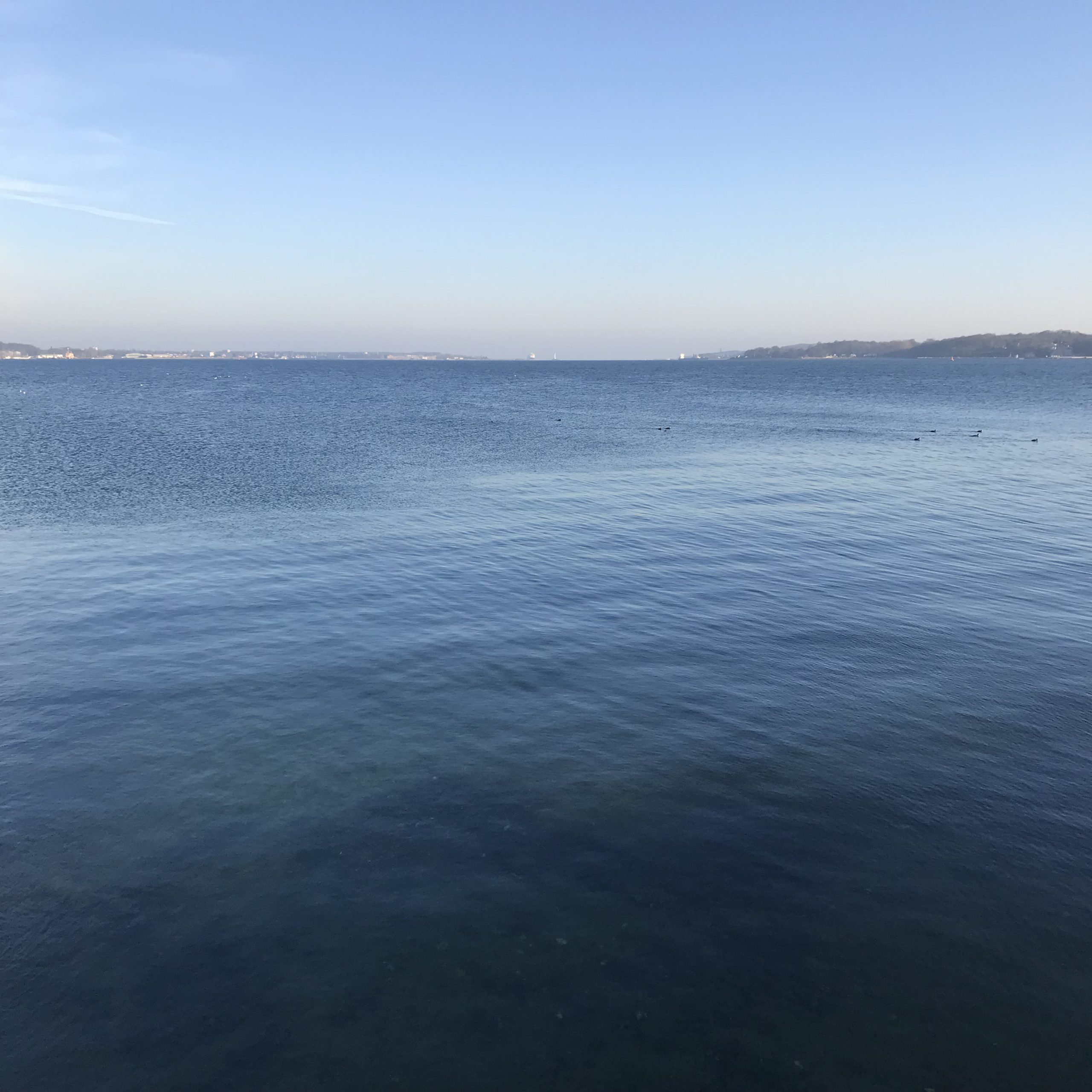 For comparison: Looking into a similar direction from a pier that rests on poles and lets the waves run through underneath almost undisturbed… 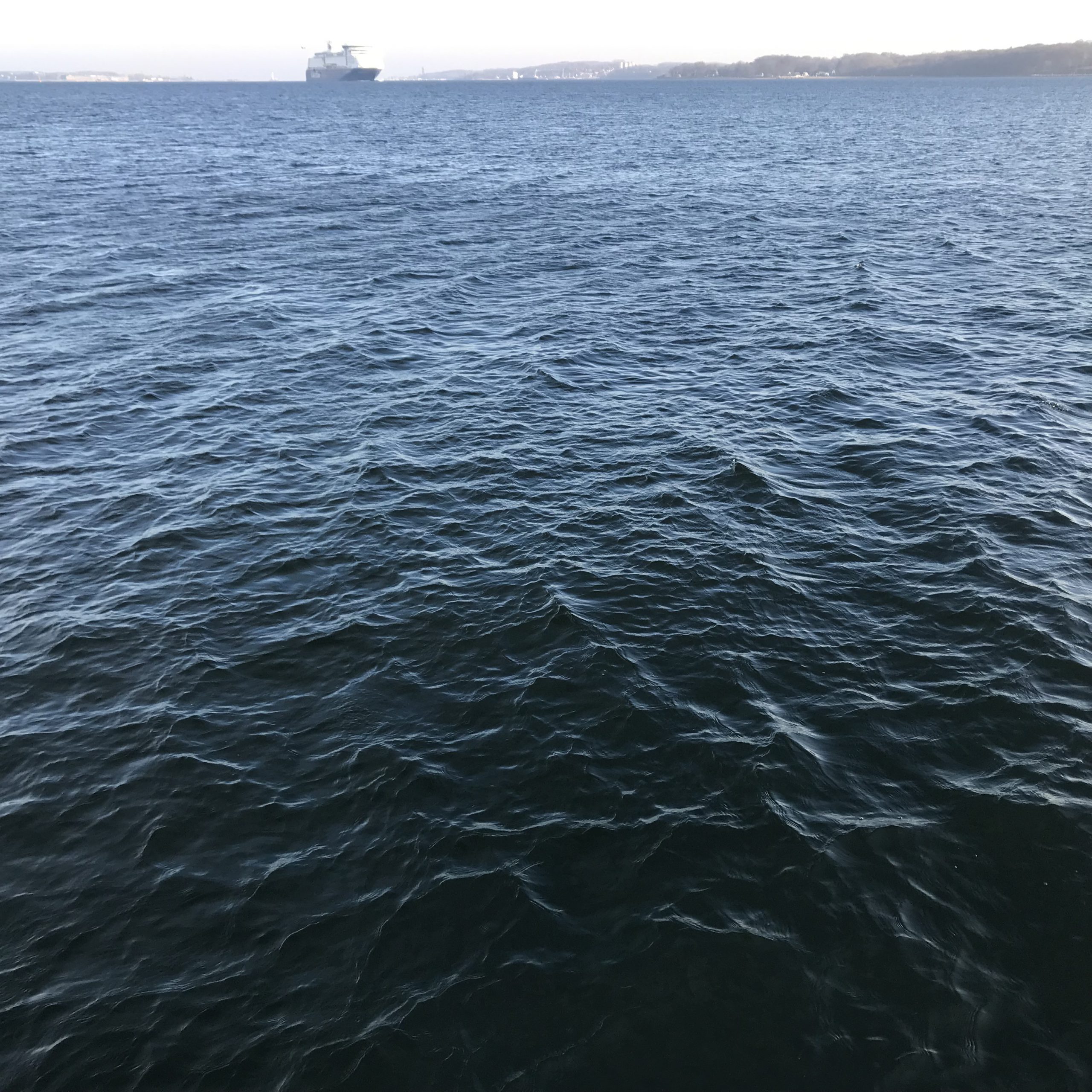 Monday’s “pop up beach” pictures (the strong west winds had pushed the water far out of Kiel Bight!) are in a separate blog post…

But then Tuesday: Windy day again! Can you spot the different wave fields? I see three:
1️⃣The long waves with crests more or less parallel to the shore that come out of Kiel fjord
2️⃣The short waves with crests perpendicular to the shore that come from the direction of Kiel locks and sneak around the corner
3️⃣The wind wave field that is generated right here: smooth surface right off the shore that then becomes rougher and rougher the longer the fetch gets
Unfortunately I missed the white caps (or, to be honest, I preferred to watch from the inside & didn’t take pictures when the weather was really interesting, hail and all… 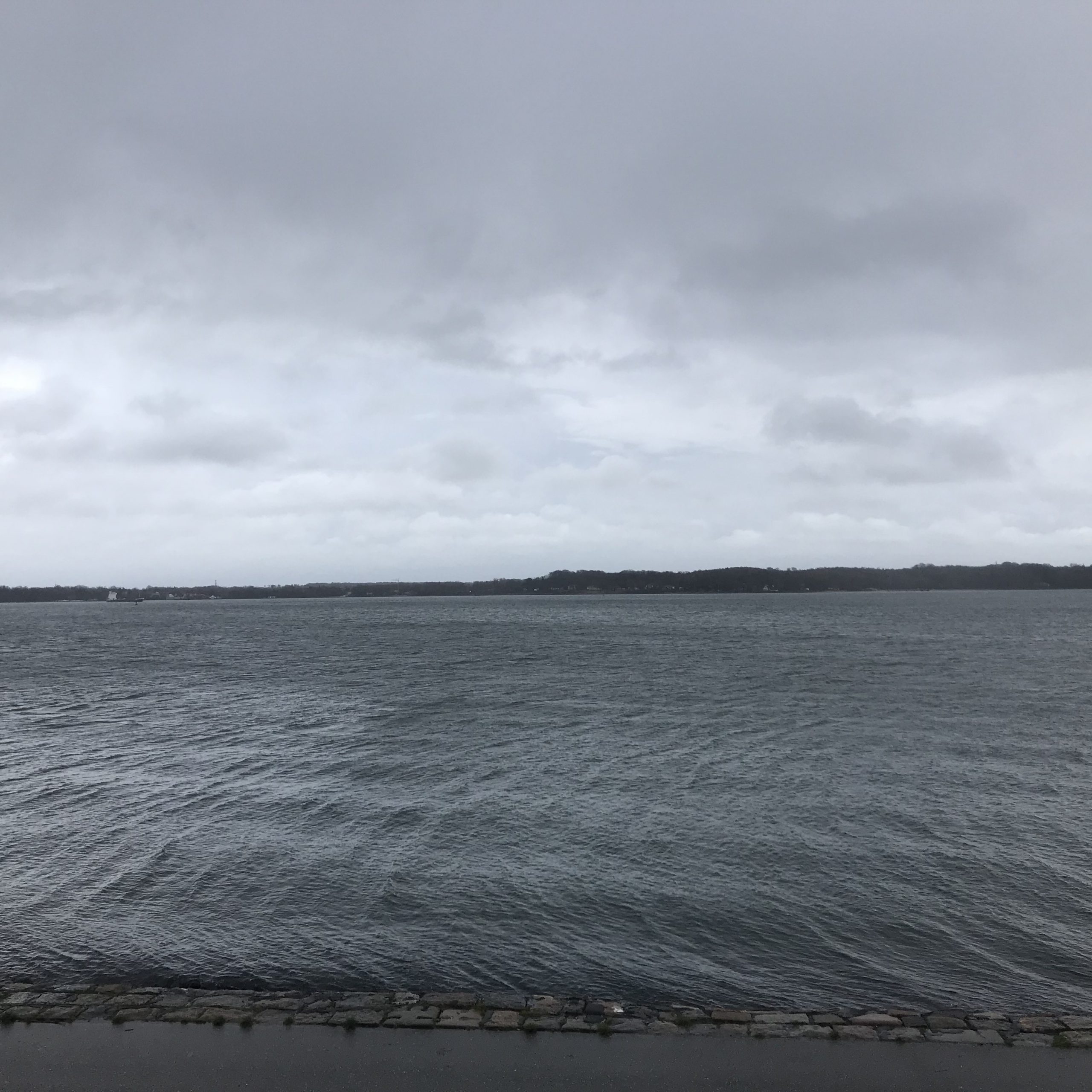