While I was on the train from Oslo to Bergen for almost 7 hours, I sent a lot of pictures to my friend Kristin who had expressed an interest in virtually joining the trip.

And it is a very pretty trip indeed! 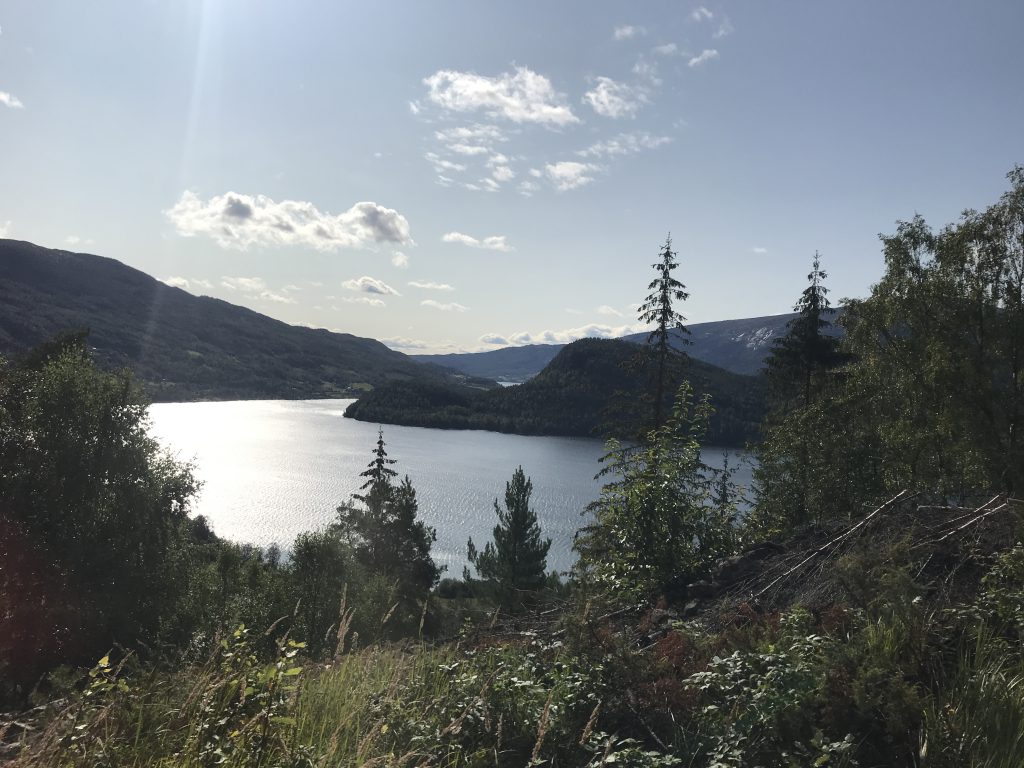 Also really interesting wave watching, do you notice the white caps on the lake below? Must be quite windy here, too! 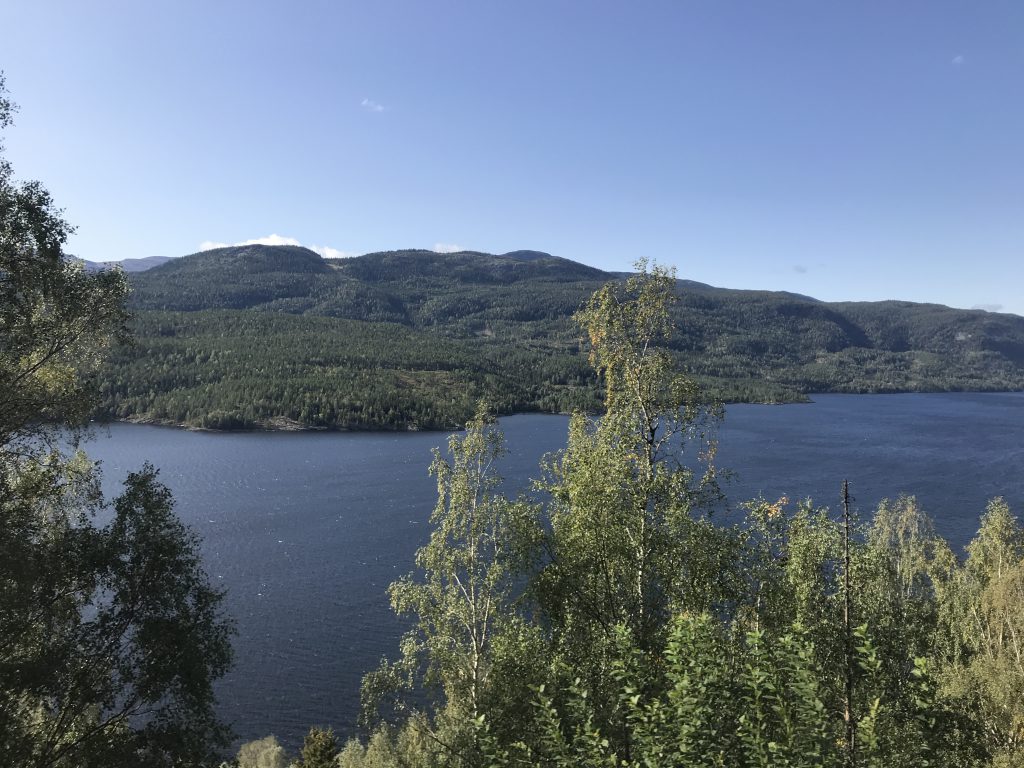 And an accidental tractor in the wave watching pic, but it looks actually quite interesting for a change! 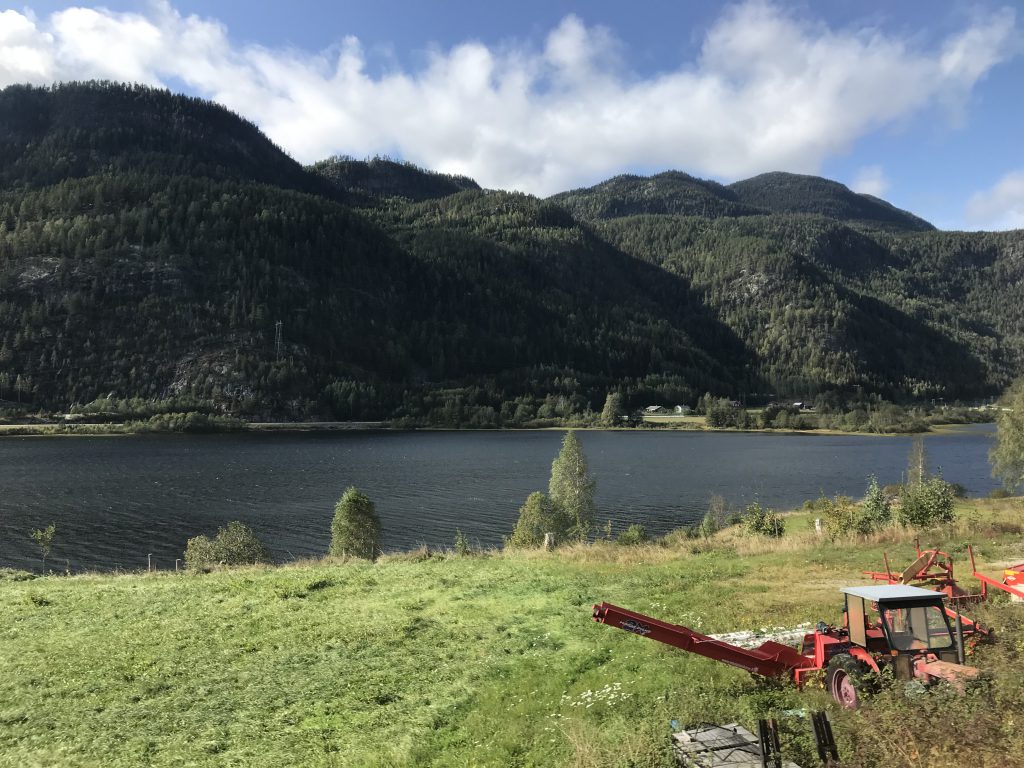 I find it also pretty fascinating how everything looks more autumn-y as we go higher up the mountains. 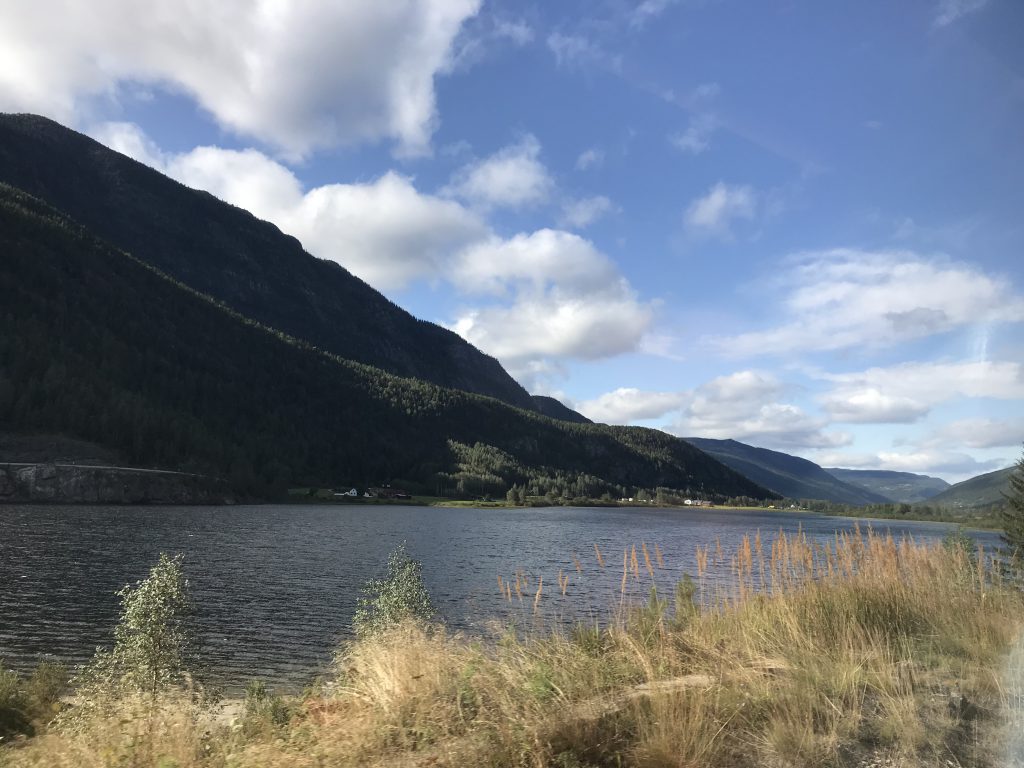 And, of course, I love watching the rivers up here with all their rapids! 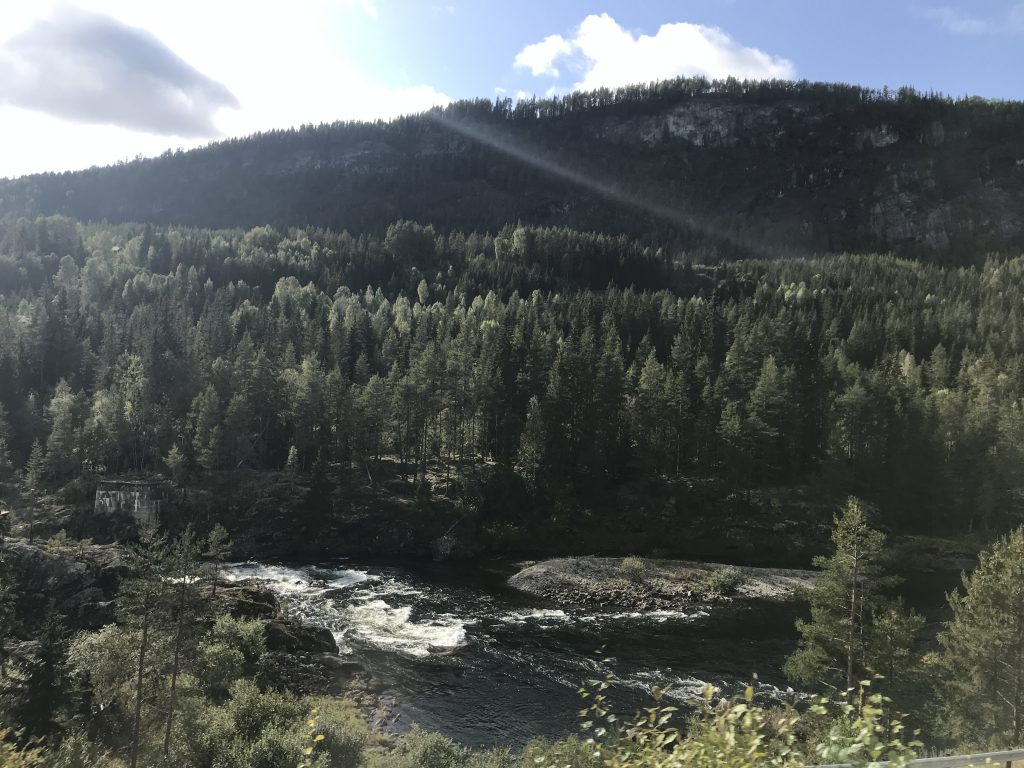 We are slowly approaching the tree line. See how vegetation is already very different from where we started out? 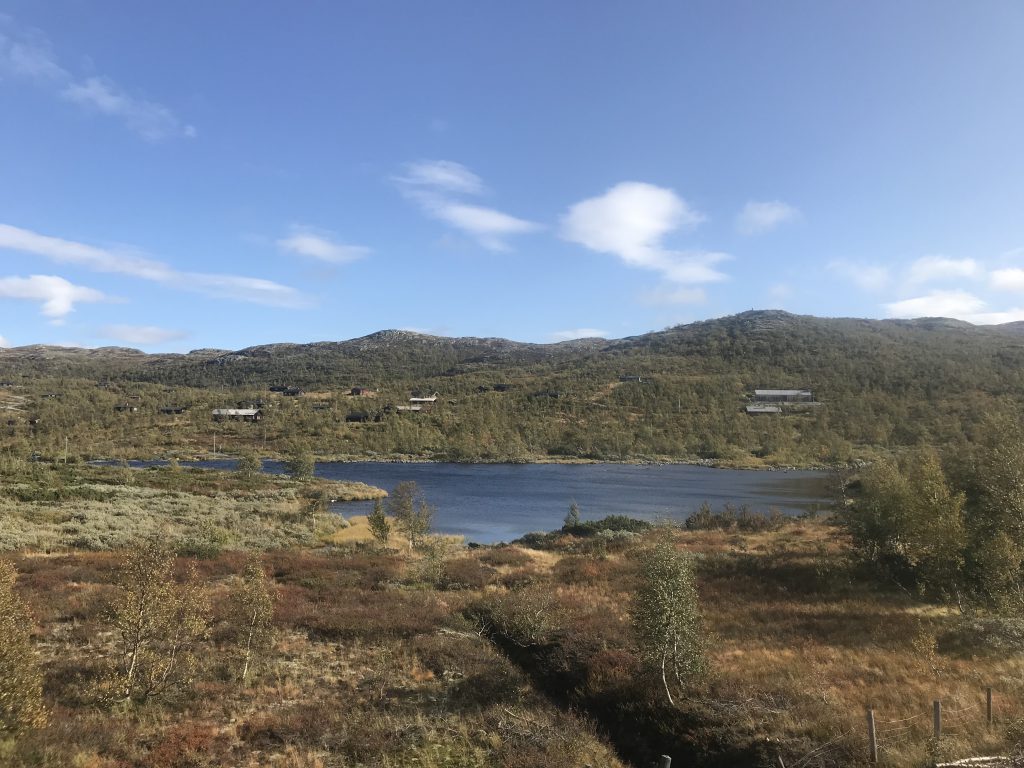 But it’s still quite windy, so lots of waves to be seen! Some even with white caps.

And here we see waves traveling around this little headland. Isn’t it fascinating to see how the wave direction is different on either side of the headland?

And some more waves changing direction after they have propagated out of the wind and around another little headland. 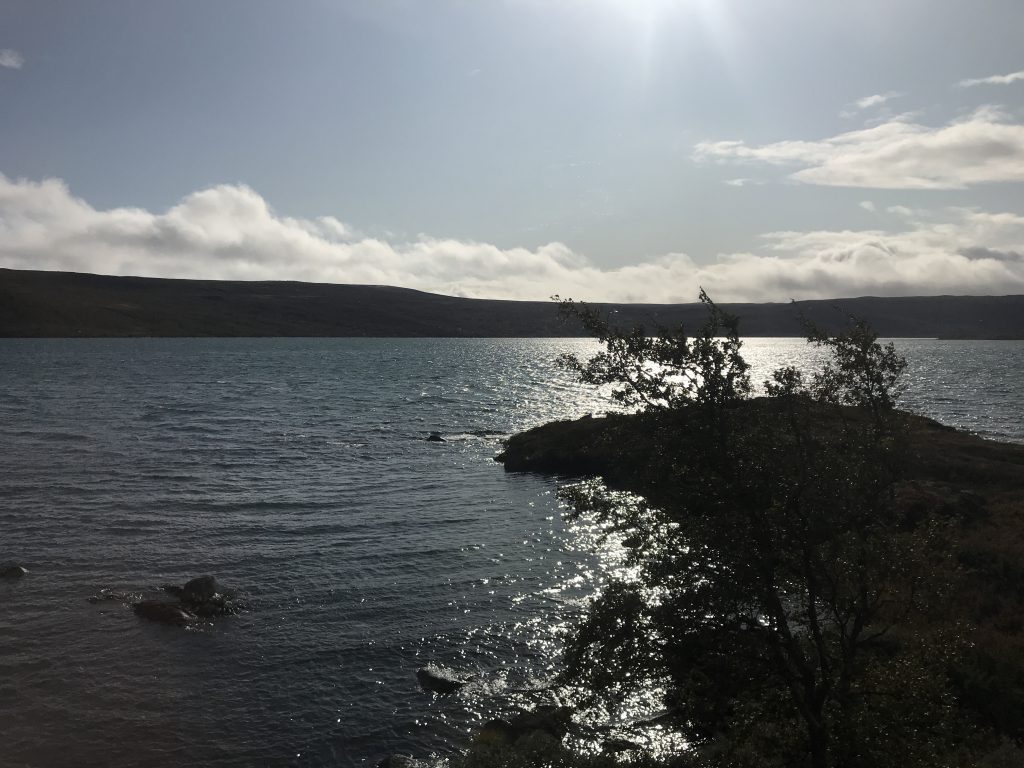 And some places are sheltered from the wind so that you see individual gusts of wind quite clearly! 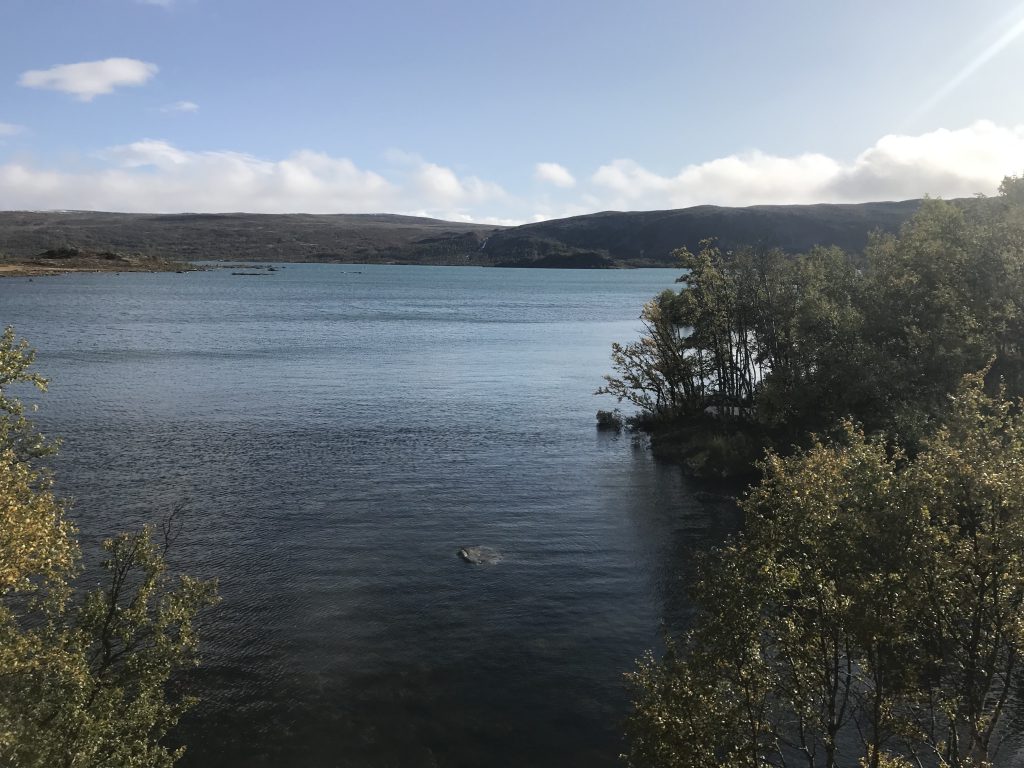 Also — beautiful weather for the train ride! That is, at least, until… 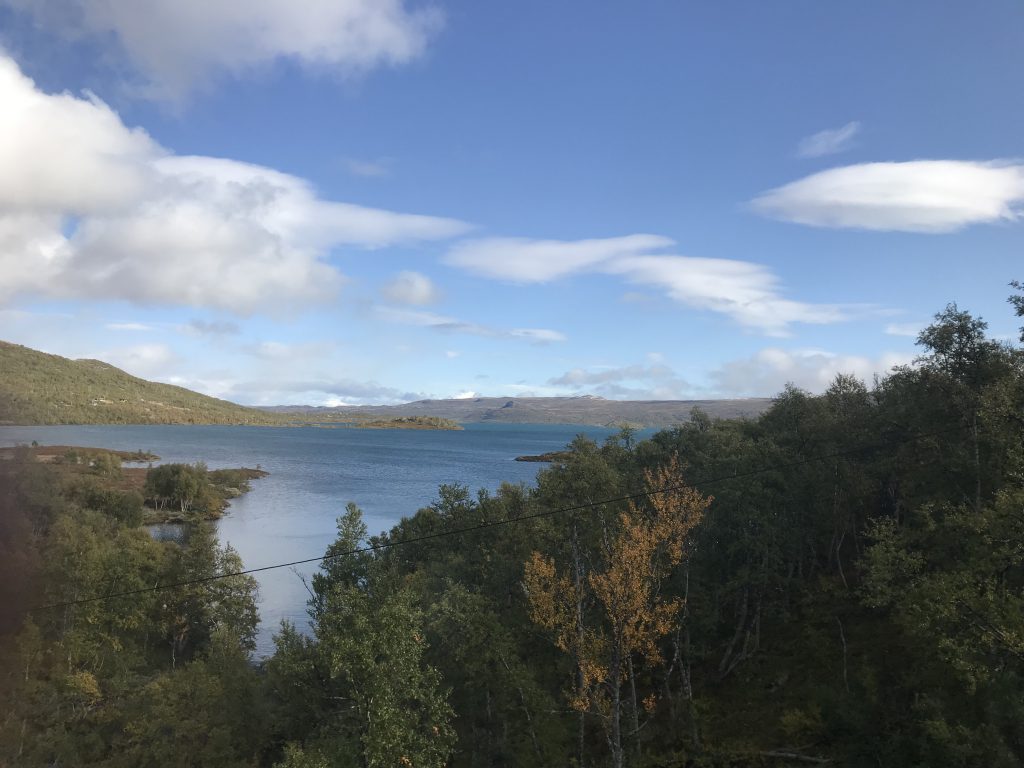 …we are getting closer to the highest point. It’s starting to get overcast… 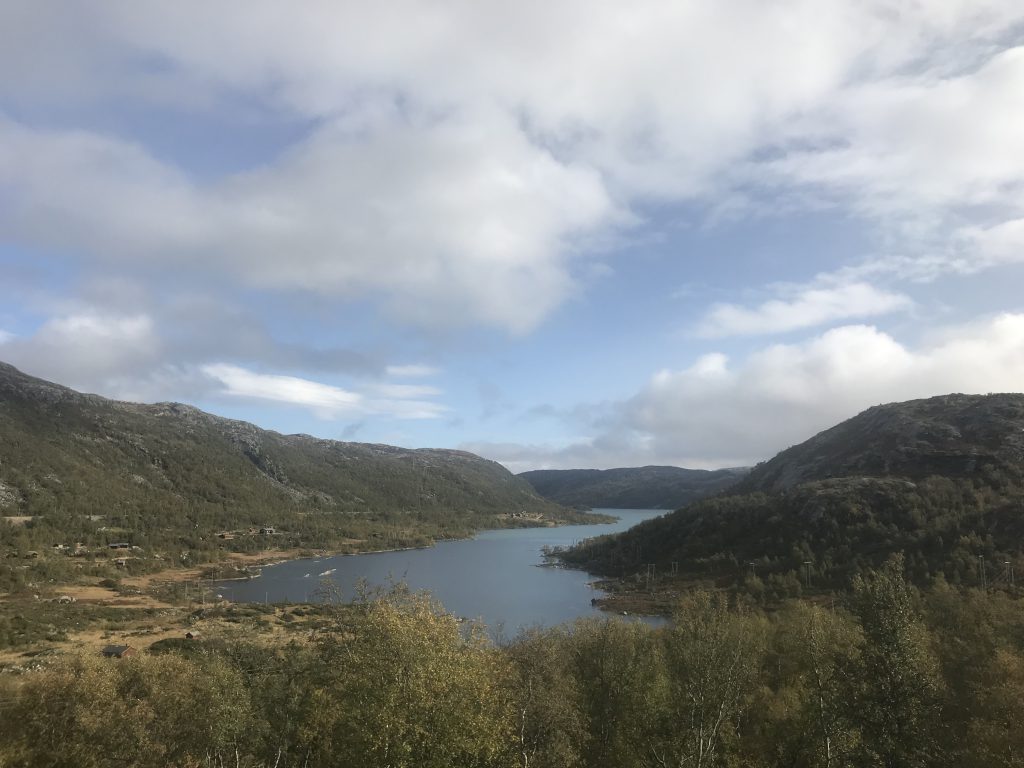 Oh, and there is the first snow on the mountain peaks in the back! 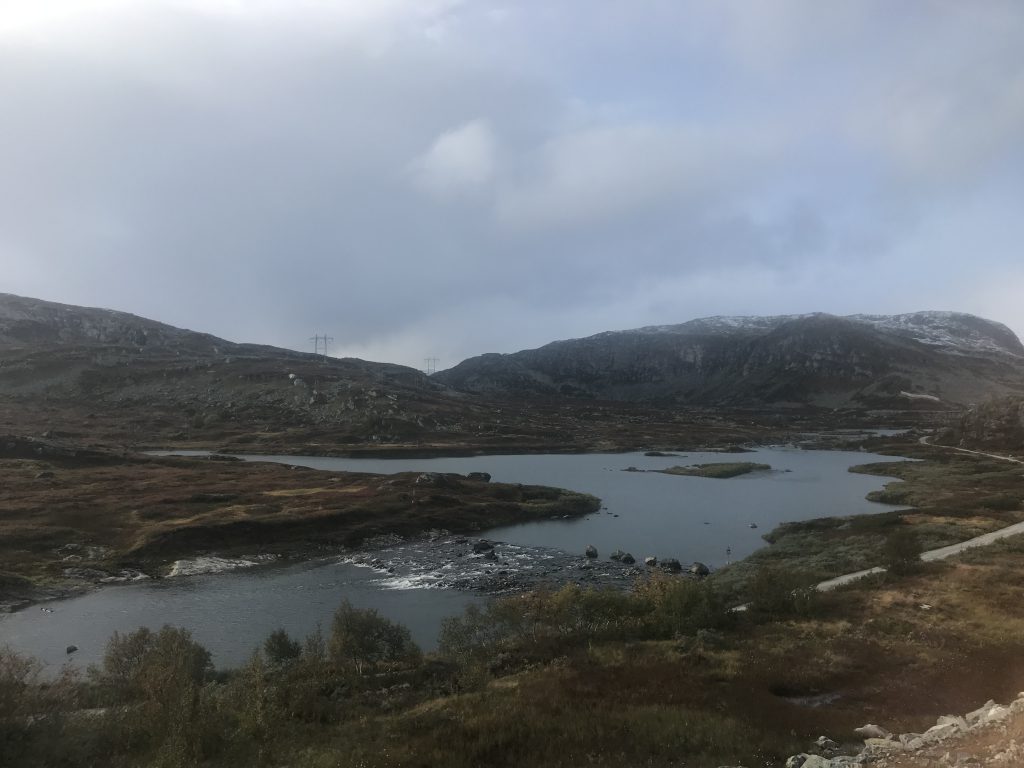 Related Posts to "Kiel to Bergen, the mini series. Part 13, in which we start Bergensbanen minutt for minutt -- the wave watching edition":