We are still in the “interesting weather” period here in Kiel. Feels more like April than like September, but I am not complaining. I love the rapid change between dark clouds and blue skies and sunshine! Also I like how much more interesting wave pattern get if the wind comes in gusts rather than blowing just consistently the same.

Below, you see strong gusts of wind in the dark areas with the high surface roughness, but you also see that the small waves in the foreground have higher amplitudes and more pointy peaks than we usually see. Additionally, there are longer wave length waves coming in with crests more or less parallel to the images lower edge. And on top of all of this, there is the seagull’s wake. Can you still spot it even though it’s superposed on all the other waves? 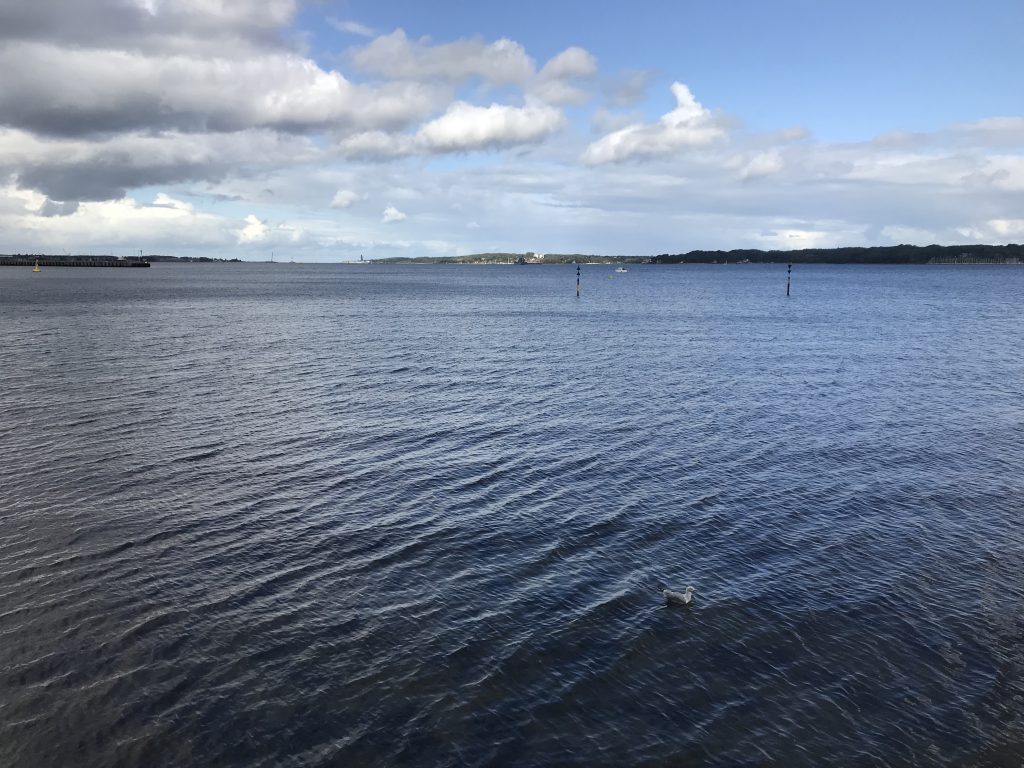 Below, you clearly see the different wind strength in different areas. The shiny, flat surface with lower wind speeds, the rougher areas, and the comparatively short waves with large amplitudes in the foreground that show that there really is a lot of energy input over a relatively short fetch.

Below, in some regions we can also see hints of a checkerboard interference pattern of longer waves that were reflected at the sea wall, with the small, short wavelength waves superimposed. 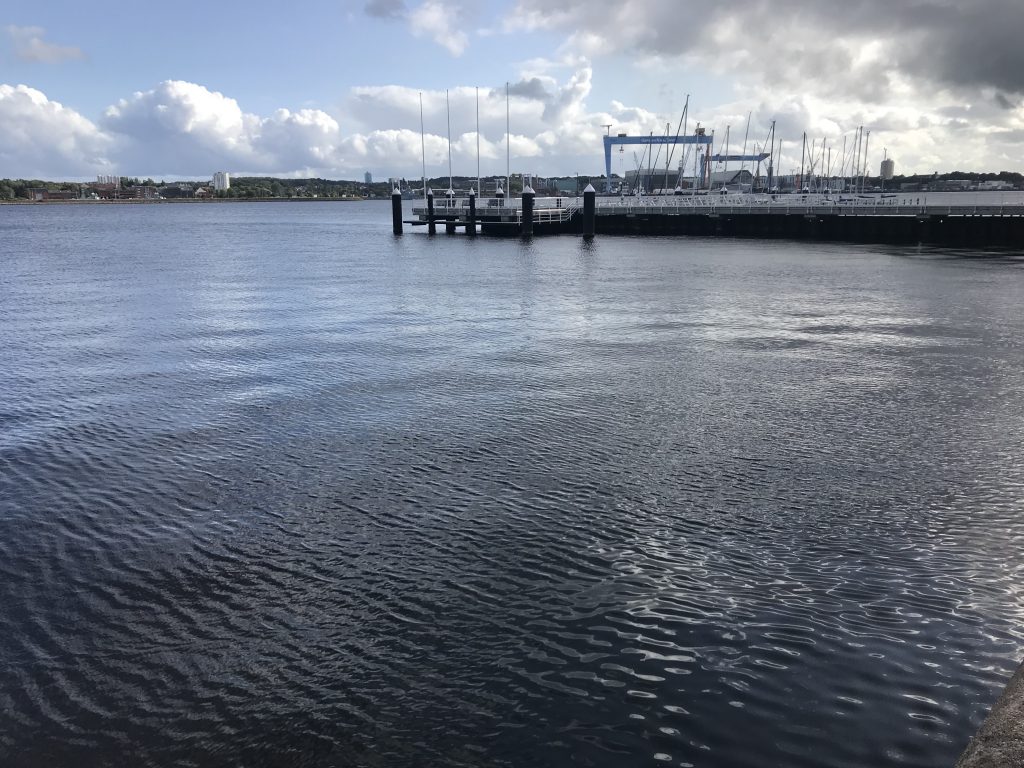 Here is another look at these waves. I find them so fascinating!

And below is another strong gust of wind visible. And do you see the wave crests parallel to the edge of the floating part of the pier, created by that part of the pier moving in the waves? 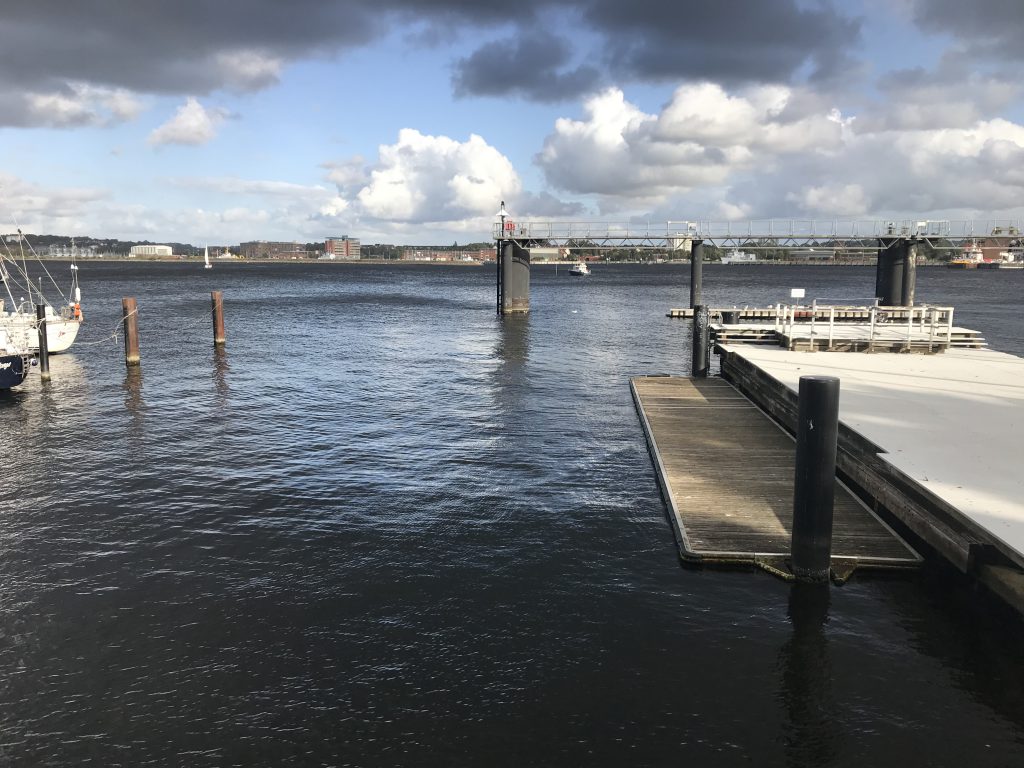 And, just in case you didn’t know: At the end of the rainbow, you will find a … research ship! 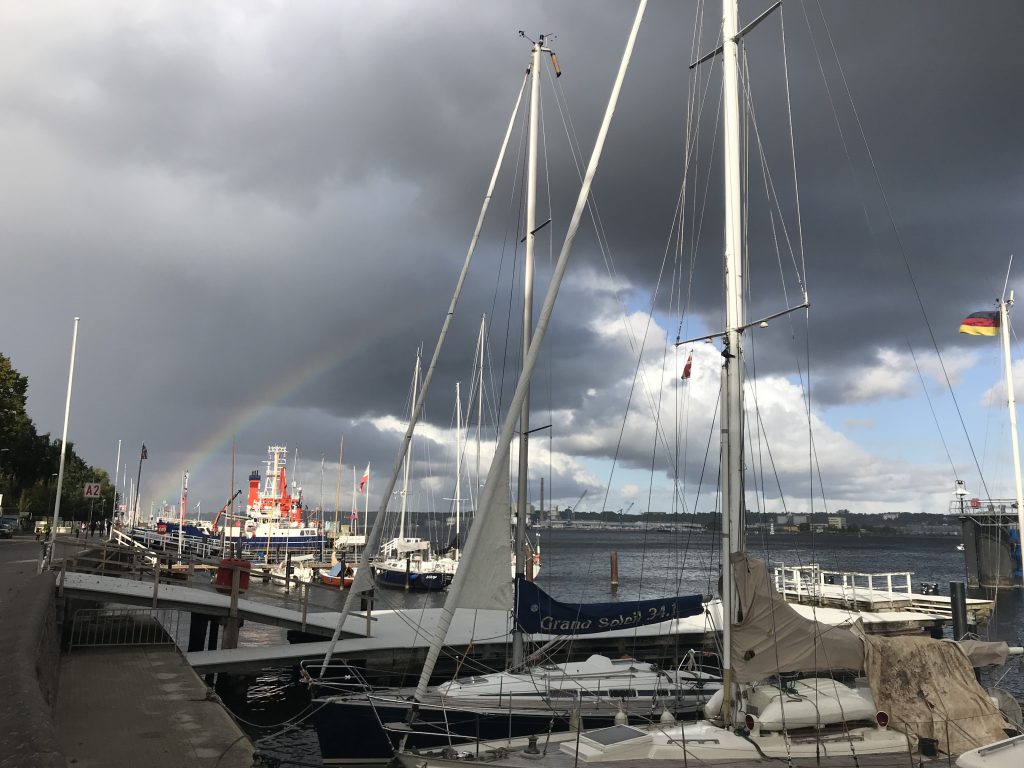 Related Posts to "Strong gusts of wind -> lots of energy transferred to the water -> wind waves with large amplitudes":