After doing a #friendlywaves post from a Norwegian fjord yesterday, let’s do another one from somewhere south of Bergen, by my friend Arnt. Very different mood today!

What I find super fascinating about the picture below is how clearly you see the ship’s feathery wake in the reflection of the street lamps on the bridge, as the ship is moving towards the left and you are looking out over it’s starboard side, more or less perpendicular to its direction of travel.

Towards the left of the picture, the street lamps reflect as straight lines towards you, as you would expect if the sea was calm and the surface more or less flat. (Why as a line rather than a single point source? Because, of course, the water isn’t completely calm, so in each wave there is an area that is positioned exactly such that the angle of the incoming light and the angle of the reflected, outgoing light (which have to always be the same) reflect the light from the lamp directly into the camera. As there are many waves that somewhere match that condition, we see light reflected in many spots even from a single lamp)

Towards the right, though, these lines of light get more and more deformed, bot as the lights get closer to us (so we notice the deformations more easily) and as there are waves caused by the ship. 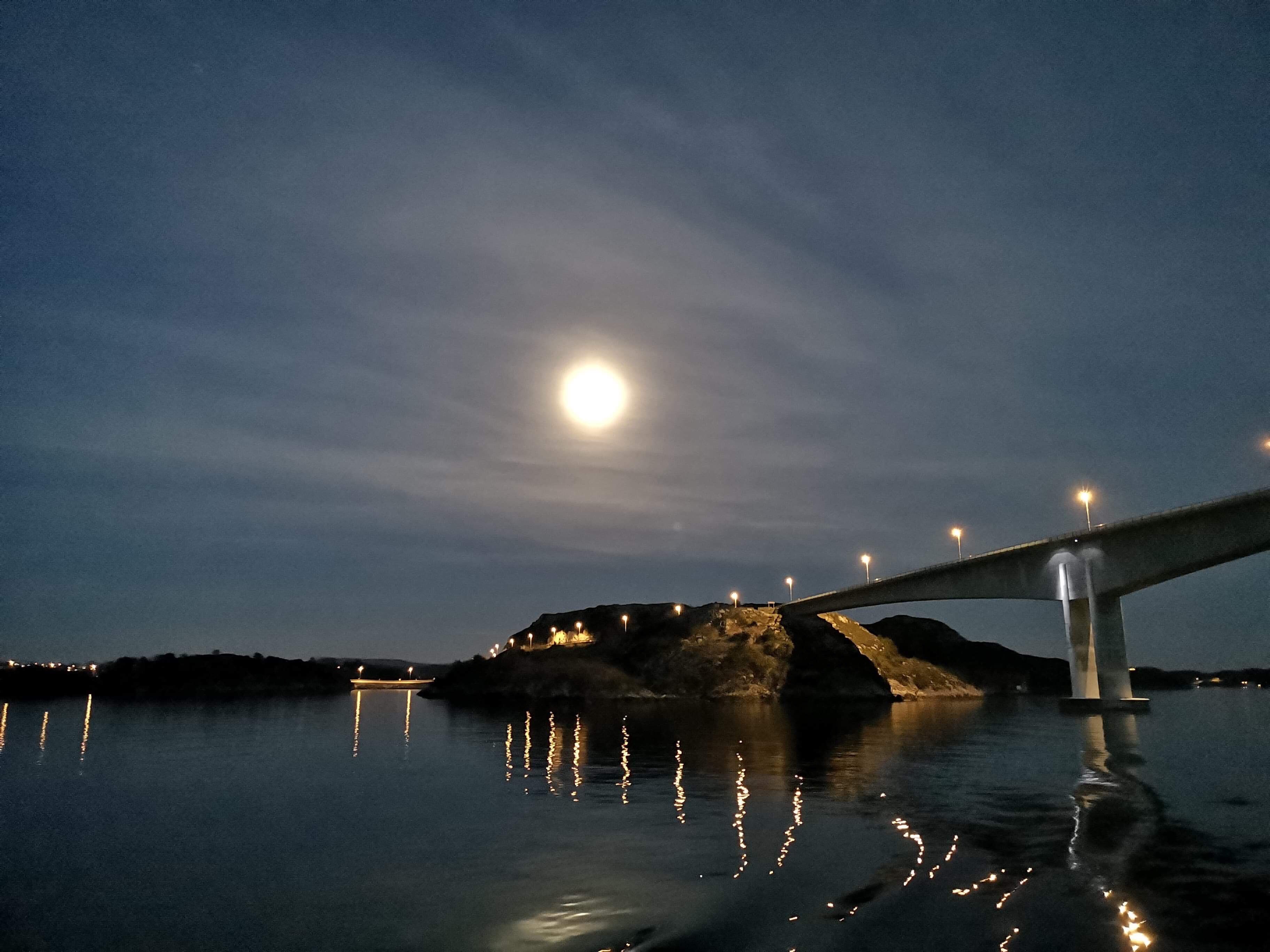 And isn’t it fascinating how the moon reflects as more of a smudge than a line? I think that is because its light is hitting the water at a steeper angle, so there would need to be much steeper waves further away if they were to reflect the light towards us.

Anyway, below there is another picture from the next night, I think. Here you very clearly see the ship’s feathery wake again, and here you can see how the slope of the waves is important for what gets reflected towards us and what doesn’t: Only where we have steep slopes (i.e. only at the wake) can we see reflections f the light from the land in the lower third of the picture. There is an area where the angles clearly don’t work between that and the clear reflections further towards the shore. Oh, and do you see the different surface roughnesses that make reflections seem clearer and less clear depending on whether the surface is flatter or rougher due to a local breeze? 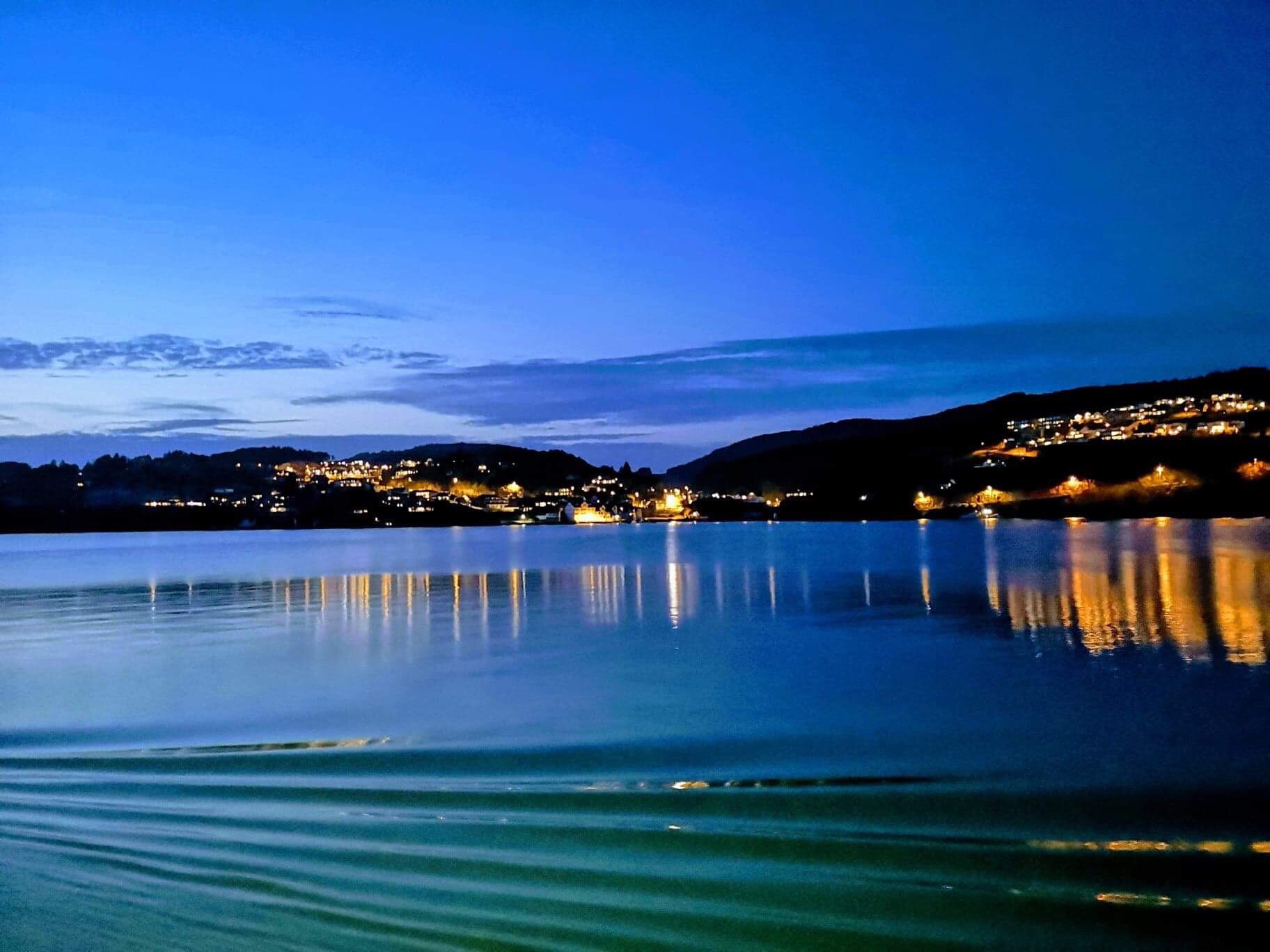 This is fun! Does anyone else have #friendlywaves for me? :-)

Related Posts to "Reflections in waves":