Yes, you read that correctly.

The German Society for Chemistry and Physics Education (GDCP)’s annual conference started out with a 2 hour cruise on Kiel fjord, during which the participants had the opportunity to choose between enjoying the sunshine and just doing whatever they liked, and several “guided tours” on either the sights of Kiel in general, or the biggest sight in Kiel, the water :-)

Preparation is everything: charts to learn to observe waves

I had prepared laminated charts to be used in case for some reason the weather wasn’t cooperating, and they definitely came in handy even during beautiful sunshine. On those charts, I used pictures that you’ve seen on this blog before, and contrasted them with typical physics text book illustrations, either sketches or ripple tank photos.

Since I was fairly busy talking, I only snapped two pictures:

The Oslo ferry right after turning inside the Kiel fjord, right when it starts backing up towards its berth, and, more interestingly, the turbulent wake. See how messed up the wave field is? It’ll take quite a while for all that turbulence to dissipate and for the sea surface to look as if nothing ever happened there! 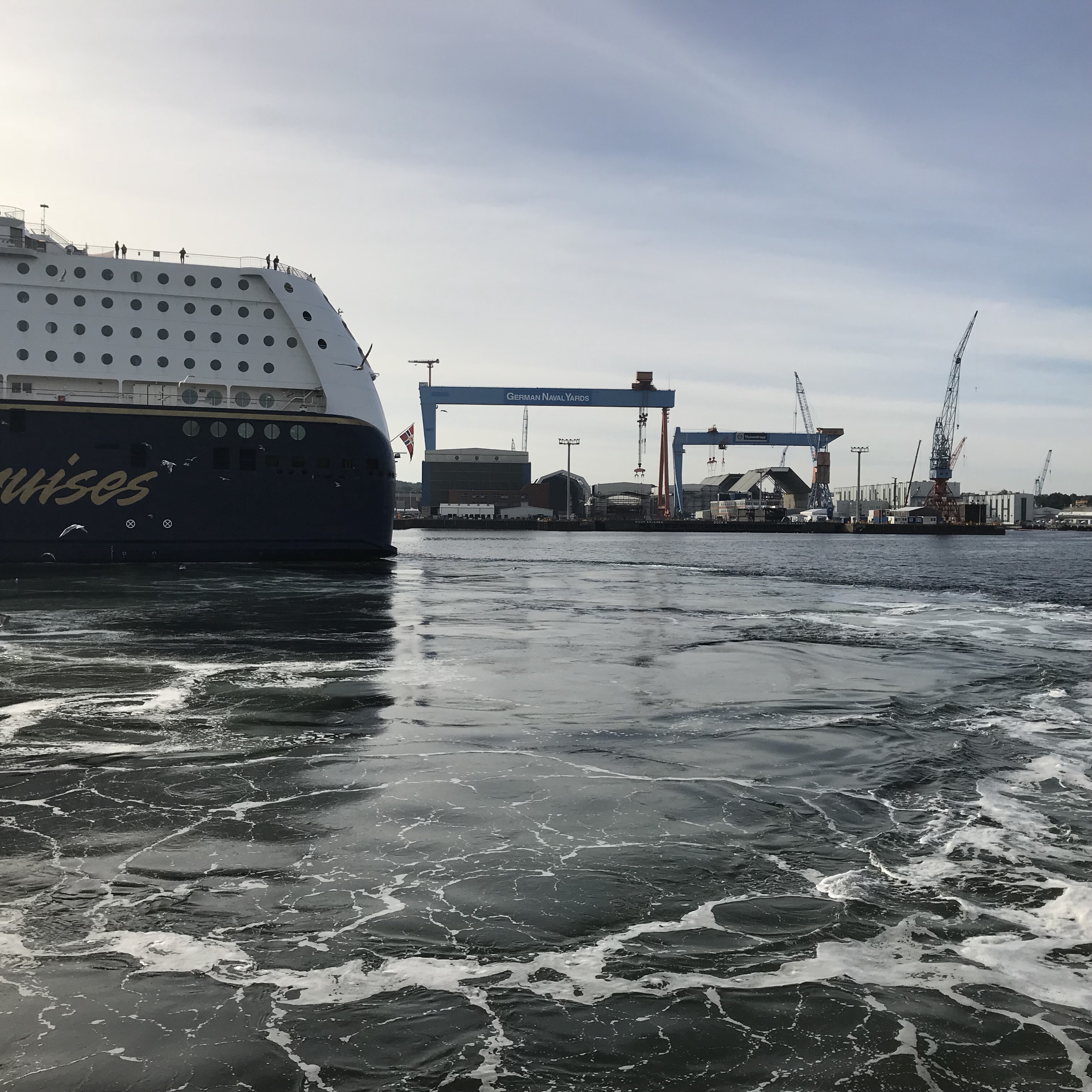 And then our ferry’s wake. Here we see the turbulent propeller wake and one side of the feathery wavelets of the V formed by the wake. 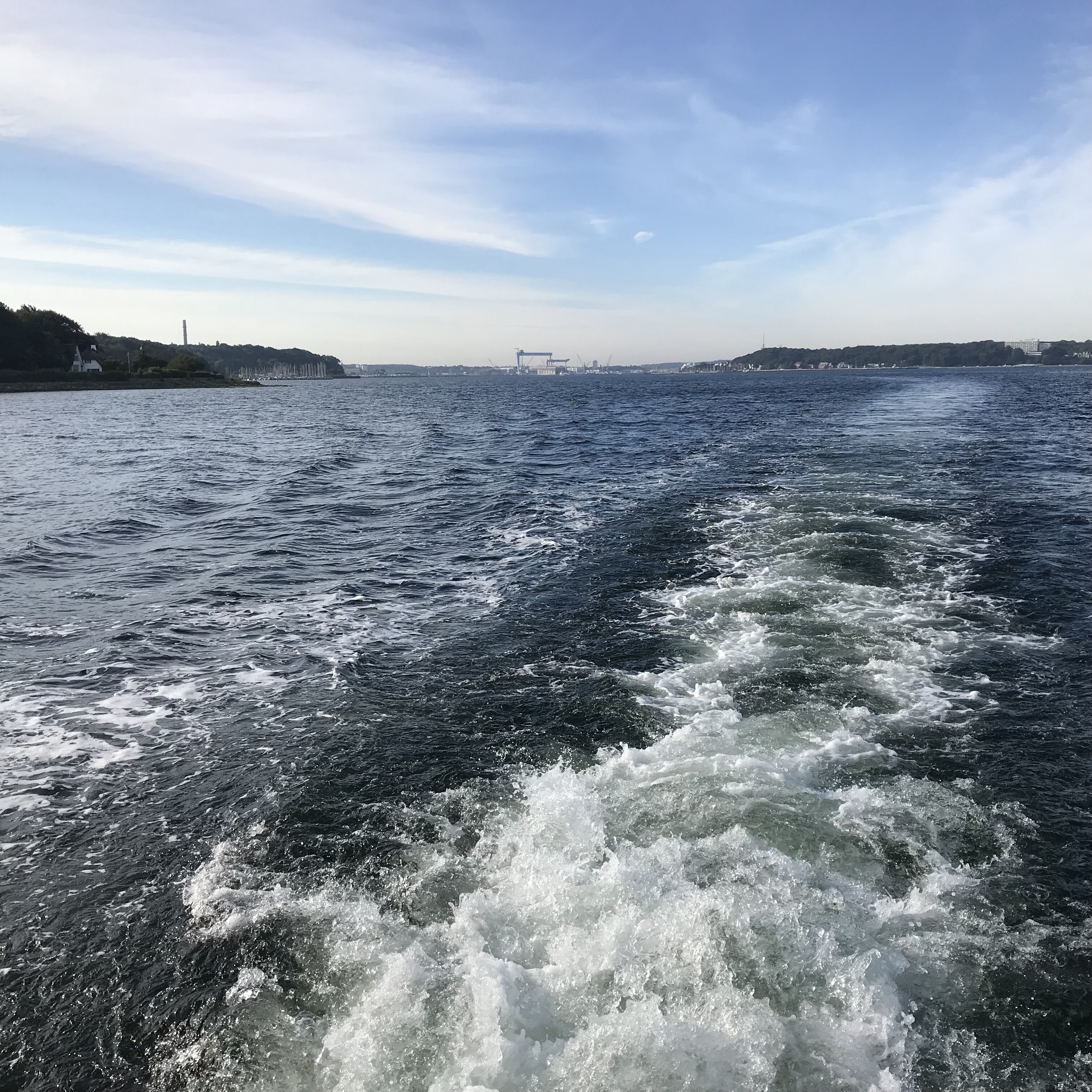 Beautiful day to be on a ship!

Now, if you’d like to do a guided wave watching tour, you know where to find me… ;-)

Related Posts to "Wave watching as official part of the program of a conference on chemistry and physics education!":

1 thought on “Wave watching as official part of the program of a conference on chemistry and physics education!”