Similarly to last Friday’s Kelvin-Helmholtz instabilities, observing swirls and eddies made from green fairy dust is not really what we are in Grenoble for. But are they pretty! 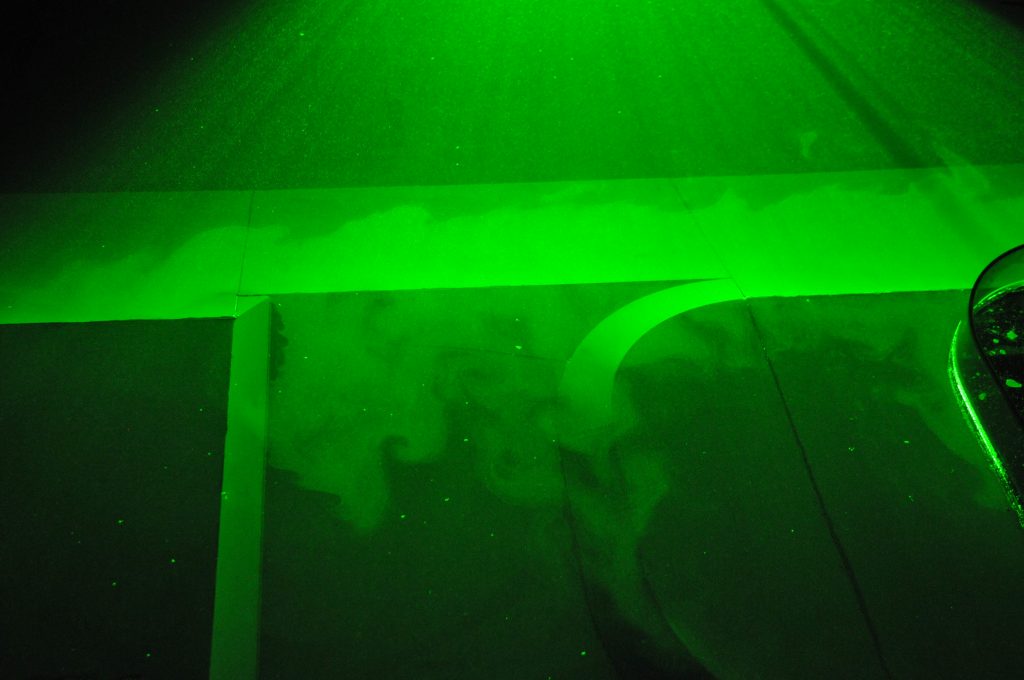 And below you see how they have grown into larger eddies. 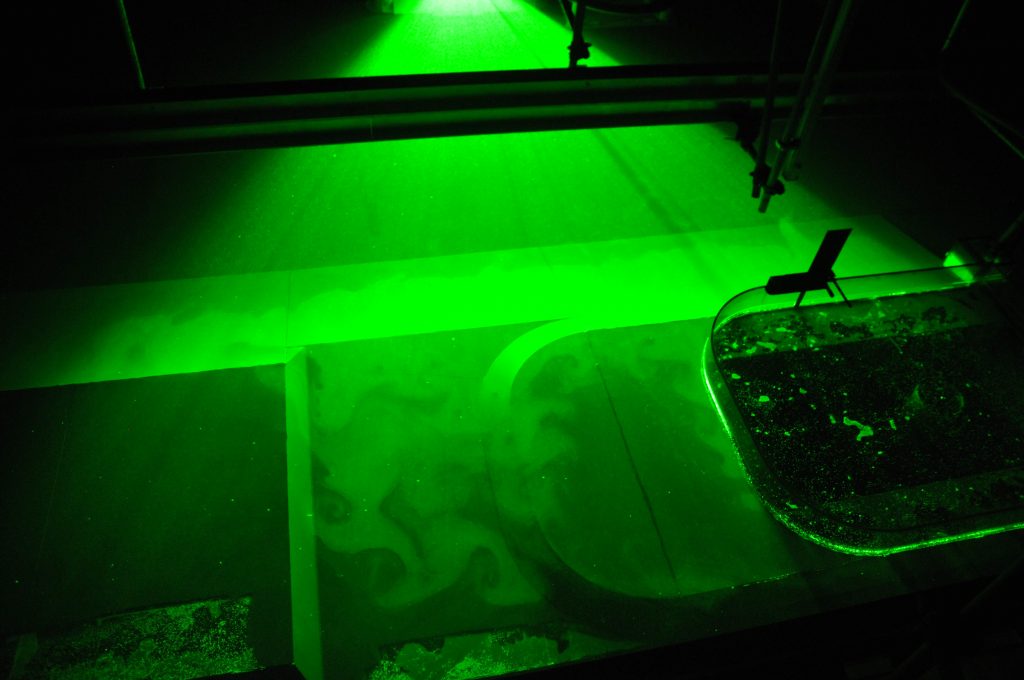 And in the gif below you see that the structures of those eddies inside the canyon are actually coherent throughout the uppermost three layers (which are the only ones in which the shelf is lit, for the lower three layers we can just observe what’s going on deeper than the depth of the canyon). So a nice and barotropic flow, just like we had hoped!

Don’t those eddies look just like phytoplankton patches observed from a satellite?

Related Posts to "Of swirls, eddies and fairy dust":