Even though I’ve been looking at waves for years now, wave watching is still full of surprises. Yesterday I showed you capillary waves that a jellyfish made, and today I’m showing you a helpful seagull.

What I found most fascinating walking through this marina were the long straight wave crests that form in parallel to the step in the foreground as waves leap up on the step and then the water flows back. I can watch this kind of thing for a very long time!

But I was also pointing out the ring waves around the bollards to my friend, which are a lot more difficult to spot. But, as if it had just been waiting for the opportunity to help out, the seagull on one of the bollards dropped something and created ring waves for us! Can you spot it?

Here is a puzzle for you.

Walking along a beach, first, the waves looked like this: One wave breaking at a time.

That’s the situation you also see in the foreground of the picture below, while in the background, a little further down the beach, something else starts happening. 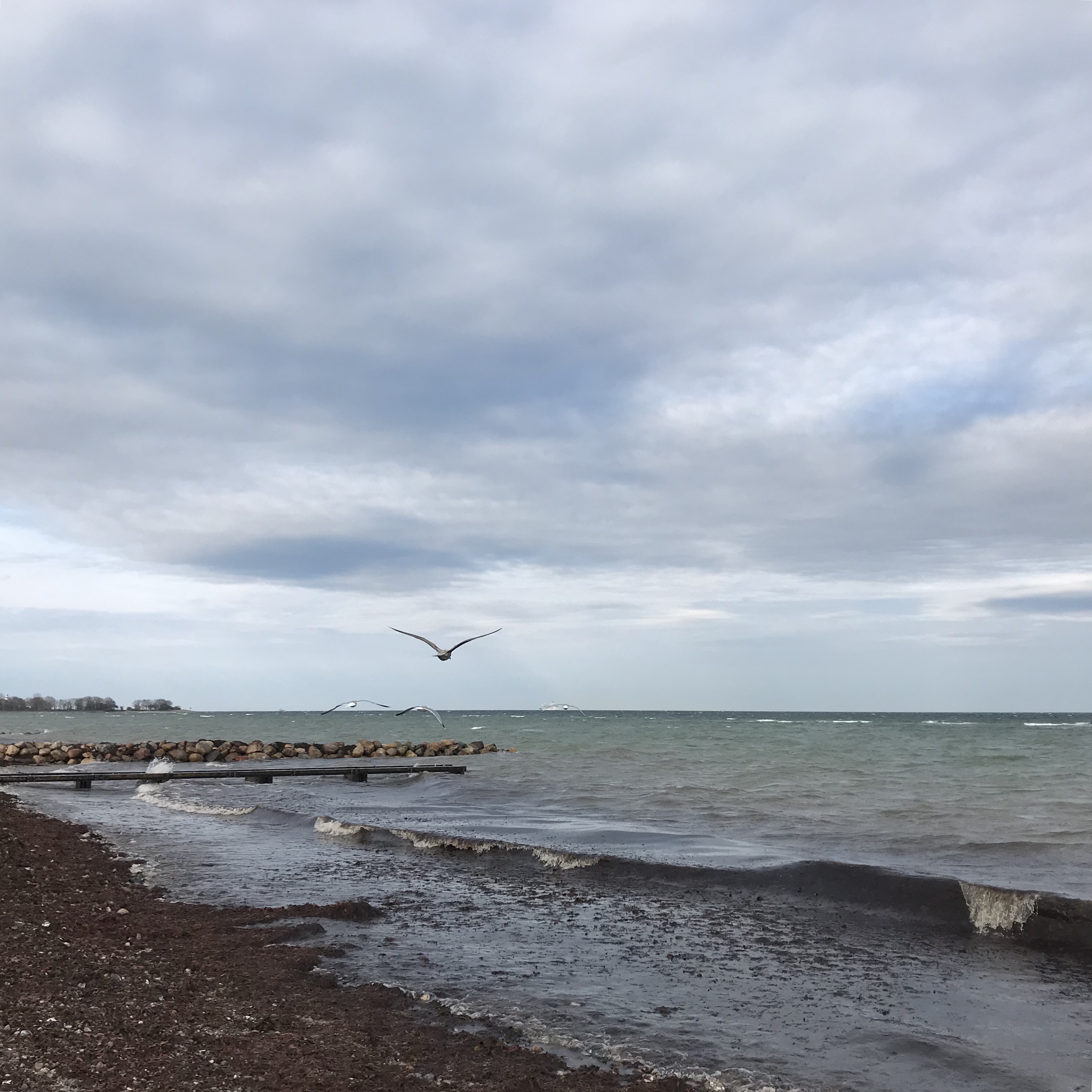 If we look closely at that situation (shown in the picture below), there are several waves breaking at the same time, one behind the other.

And it isn’t just coincidence, it keeps happening throughout hundreds of pictures I took that windy Sunday. Why is that?

I think (and this theory would be easy enough to test if the water was warmer or if I wasn’t such a sissy) that the slope of the beach is just different on either side of this little jetty or whatever it is. The shallower the slope, the earlier waves of the same wavelength can “feel” the sea floor, or the shorter waves have to be to “feel” the sea floor at the same distance from the water line.

So I think the slope on the left of the jetty is shallower than on the right, making the incoming wave field that is the same on either side (I’m assuming, but give me a good reason for why it shouldn’t be?) behave differently. 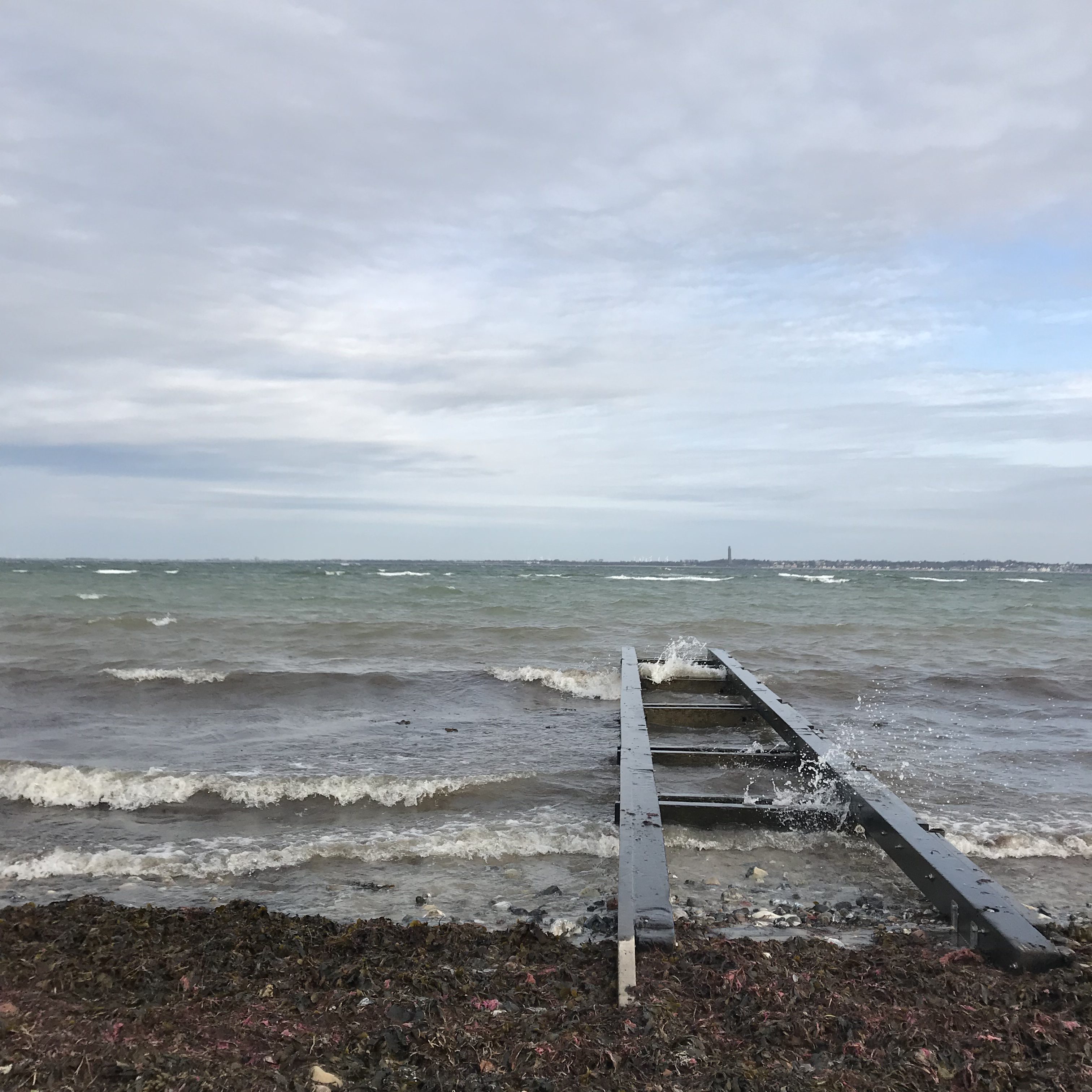 But here is a “before” pic from when I was still thinking I would be writing a blog post about the ship going through the locks. Isn’t the seagull hilarious, posing like that? 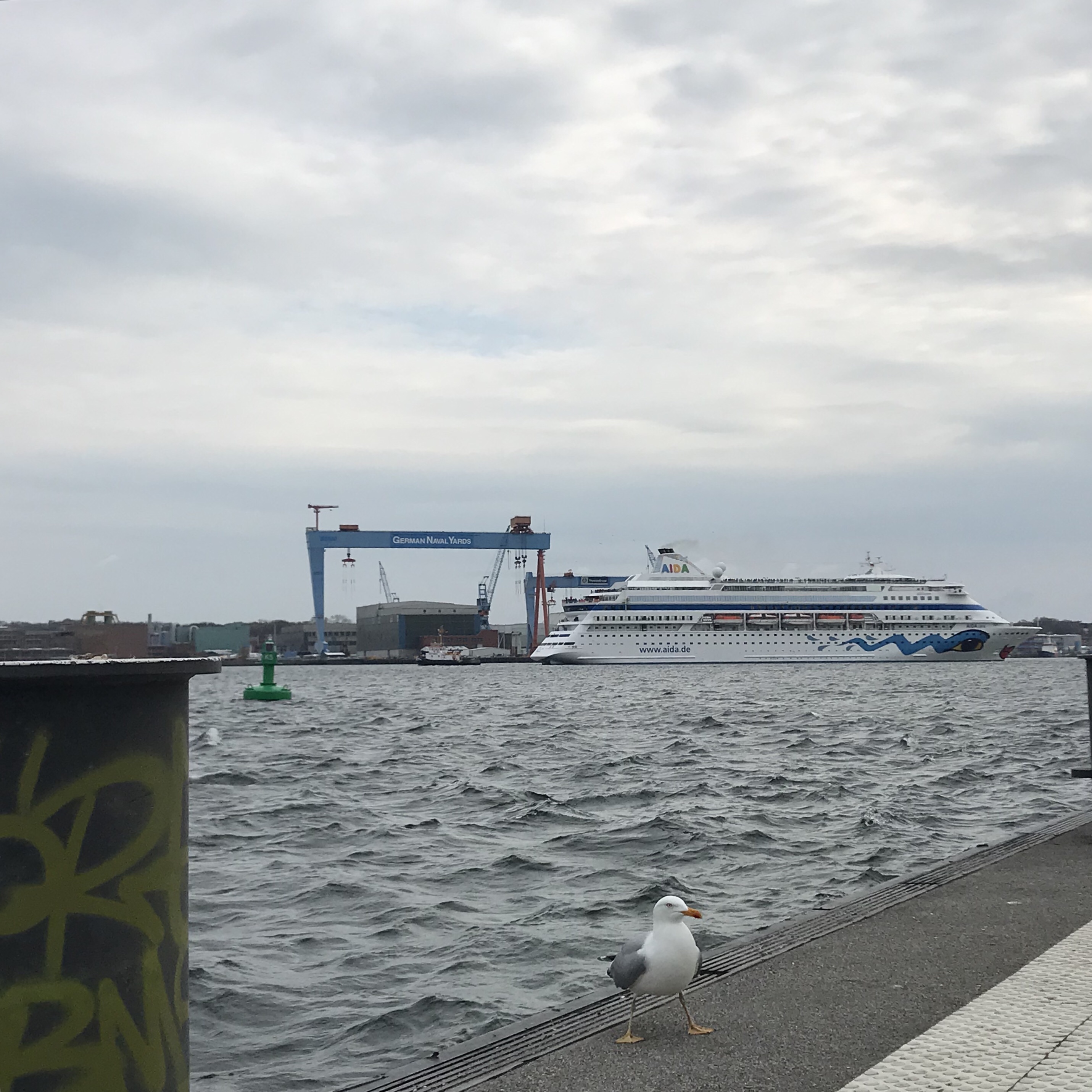