Talking about how a deformation in the surface leads to light being focussed in different ways here and here, another example came to my mind. Remember how my mom and I were watching the standing waves at the Pinnau a while back? That was the same place where we also observed the “shadows” of the eddies, so as we were playing with water and light anyway, this happened: A stick poking through the water surface. See the deformation of the surface and the effect that has on focussing the light at the ground (when you follow the stick down to the ground and then follow its shadow)?

See how the stick is deforming the water surface? This again leads to a focussing of light at the ground which you can observe if you follow the stick until you reach the ground and then follow its shadow. More on what water can do to light.

Remember my fascination with dandelions? Just to remind you: 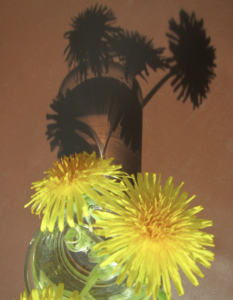 Especially in combination with coins and water droplets, dandelions are a source of nearly endless entertainment:

1 NOK with water droplet in the hole in the middle.

See how much cooler 1 NOK coins become only by adding a little water? 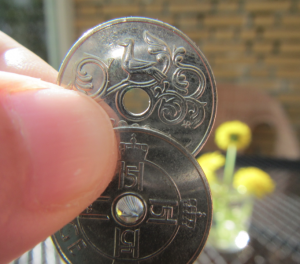 The upper coin does not have water in the hole, the lower one does. See the difference?

The coin in the foreground doesn’t have water in the hole, the one in the back does. See how they affect light differently?

Pretty cool stuff. And in the next post I’ll show you what this very effect does out in the real world! 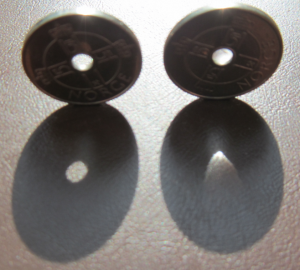 Left coin without water, right coin with water in the hole in the middle.

What water can do to light.

In the last post, I showed you a couple of pictures of a vase filled with dandelions. 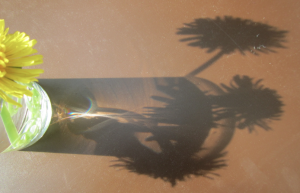 Dandelions and light being focussed by the water in the vase.

Turns out this might not have been enough of a clue, so here we go: 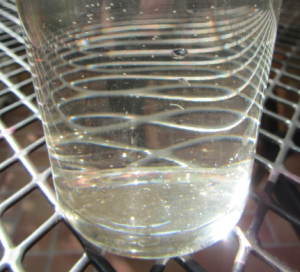 This can be used for all kinds of cool experiments, provided you have the right kind of coins at hand: 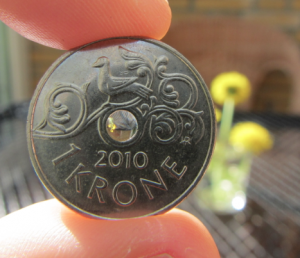 1 NOK with a water droplet in the middle, acting as a lens. See how the dandelions are flipped upside down in the middle of the coin?

This kind of stuff keeps me entertained for quite some time!